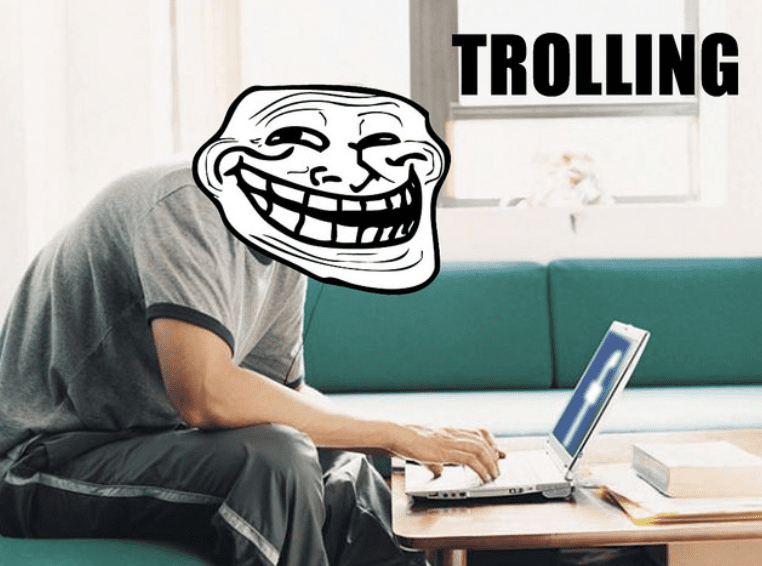 I gotta say, I really don’t like internet trolls. If they’re trying to do a little innocent trolling that can be categorized as harmless or “funny,” then that’s totally cool, but in my experience, the majority of them troll just to get a rise out of people.

If you’re someone who spends hours each day starting arguments and trouble with people online, you should probably reevaluate what you’re doing with your life and you think about getting some help. Seriously. You’re wasting everyone’s time, including your own.

On that note, here are 15 AskReddit users who admitted to causing major trouble while trolling.

“I got into an argument with some guy on an Australian friend’s Facebook status (I do not live in Australia).

It escalated and he ended up private messaging me, saying he’d beat me up and so forth.

I looked at his profile to see where he lived and worked, and looked on Google Maps to find a supermarket or something in that area.

Told him to meet me there and settle it like a man. About 20 minutes later he starts asking where I am and cussing me out for not showing up.

I’m sitting in bed (it was like 10pm my time) in an entirely different country laughing my a** off.”

“One time my friend and I posted a lengthy post on The Walking Dead subreddit about how Judith doesn’t contribute to the group and doesn’t deserve to survive if she doesn’t help more.

For anyone who doesn’t watch, Judith is an infant and was born during the zombie apocalypse.

People were RIPSH*T and stating the obvious again and again like… WTF ITS A BABY SHE SHOULDN’T HAVE TO WORK — SHES AN INFANT.

“Argued with about half a dozen players in a ranked match about why crosshairs should be called “haircrosses.” Successful distraction.”

“I questioned whether or not The Wizard of Oz was a musical and someone created an entire subreddit to discuss it (and make fun of me).”

“Back in my WoW raiding days I was in a guild with weekly donation requirements for raw materials used in potions/food. The guild would then hand all of us consumables on raid night. The idea was to prevent people from being cheap on raid night by making sure people actually used them. The problem was that the potions we received most of the time were the cheap ones.

I figured they were selling the materials for gold and then selling the gold for money. So I logged into my brothers account and sent the GM a message about buying some gold from him. He sent me his Skype info and I took screenshots of the whole discussion. I dropped the bombshell during raid night in Ventrilo with the screenshots and 50+ people in attendance. People were LIVID and you just saw “so and so has left the guild” as well as 30+ minutes of the GM and his wife being berated.

The GMs wife yelled at me in Ventrilo and I said “that’s what you get, you cheap potion having a**”. We made a new guild called “Cheap Potions”. “

“I discovered that Blackboard had a vulnerability with how it handled file uploads for homework submissions that would give you write access to anything. So I replaced the Blackboard logo with an animated gif of the same logo that was visually identical to the original, but would switch to a picture of an angry hissing goose after several minutes.

Why a goose instead of p**n or something shocking? Because I didn’t want to offend anyone save from a particular couple of control freak lab administrators. And boy, did it ever work – they went absolutely apesh!t trying to figure out where it was coming from, yet neither of them realized that web browsers will happily display animated gifs even if their extensions are jpg. The stealth goose lasted the entire semester, only disappearing with an (assumed) reinstall of Blackboard over the break, which unfortunately patched the vulnerability.”

“When I was in middle school, I made a fake Facebook account of a pregnant teenager. I added a ton of people who went to this one random a** high school in Indiana (I’m nowhere near Indiana) and ended up with maybe 400 friends from there. People kind of just assumed that I was from their area.

I posted regular updates (headless belly pics I found on the internet) and would make statuses about the progress of my pregnancy. I even posted a baby picture at the end of all of it and got soooooo many comments congratulating me. Even the high school gym teacher commented saying she couldn’t wait to meet my little one.

But this is the sauciest thing that happened from all that…. This one guy who had a girlfriend messaged me that he’d never been with a pregnant chick before, wink wink, and so I forwarded that message to his other half. She broke up with him. A real-life couple that was together for one year broke up because of a bored 13-year-old more than 700 miles away lol.”

“Before Star Wars Episode III came out, I posted some BS “spoilers” on TheForce.net message boards. I found some German magazine site online article about the movie, linked to it, and made claims about battle scenes on Kashyyyk, a scene with Chewy delivering babies, etc. I got on IMDB and looked up the name of some production director for Episode II and said he was the guy who provided the magazine with the info, as well as Peter Mayhew himself.

I guess nobody on that site actually read German, so everyone just believed my BS.

Well it got so much attention that it got posted on the sites’ home page, and then got referenced on other Star Wars sites. Then, in some interview with Rick Macullum (EW I think), they asked him about the rumors and he got really confused and defensive.”

“When I was an edgy little 14-year-old I’d put my dad’s laptop beside the family computer, log into different Club Penguin accounts on each one, and have my two penguins stand on opposite sides of a room having an argument with each other. Gradually, other penguins would join in. Eventually I could leave the room, play some games, and come back to find the argument still in full swing without either instigating penguin.

This was especially entertaining during the 2008 presidential election.”

10. Everybody take a deep breath

“I once commented on a neighborhood Facebook page on which someone named “Jose” was flexing his salary and pickup truck. All I said was, “No way Jose” and it collapsed into racists death threats that got 25 users banned, the group admin quit and the cops called.

Thats a lame joke for such good results.”

“I didn’t do this but somewhat relevant.

My wife found an event on Facebook for a live Paw Patrol stage show thing for kids at a local shopping centre.

She took our 3-year old-son who loves everything Paw Patrol.

When she got there she found a swarm of angry mums and pissed off kids.

There was no Paw Patrol show, someone just made a fake event on Facebook and clearly tricked a sh*t ton of people.

I’m still kinda not sure if it’s hilarious or a huge d**k move.”

12. UFO people can be intense

“A few years back I came across a UFO/alien abductee survivors forum whilst at work. A couple of co-workers and I had a good laugh at some of the stories and blurry photos of frisbees believing it was all BS. Later that evening I decided to set up a troll account.

I made up a story about mystery UFOs flying over my home town and posted it in the forum. I decided to play the long haul game and spread it over a few days, then drop the act and reveal the hoax.

The next day at work props were made and the following evening blurry out of prospective photos were taken. I worked at a small brewery at the time and brewery equipment can make some rather convincing sci-fi props.

It was then decided (at this point it grew into a team effort) that some fake social media accounts needed to be made for even further “proof.” Wikipedia pages were made, threads on random boards like mums-net were made, and photos galore were posted. People starting joining in the fake accounts. People we didn’t know started “seeing” these imaginary UFOs. The lie suddenly just took off.

Then a local news website caught wind and posted an article which escalated the hoax to the next level. We had bona fide proof!

After around 10 days I was ready to drop the bombshell on the original community. The problem was they didn’t believe me! Apparently I had been “gotten to” by some MiB types, or had been “re-programmed” following an abduction, or some other equally ridiculous conspiracy.

The joke had gone full circle. No matter what proof I posted that I had made the whole thing up, I was seen as the idiot who didn’t believe the truth. The photos I had saved of the actual props in real perspective were passed off as fake, the fake social media accounts were seen as suddenly hacked, it was crazy.

I could do nothing but walk away. I learnt a good lesson though – don’t try and troll the truly insane people.

TL;DR – I tried to troll the UFO community and did too good a job. The hoax became fact and I became the trolled.”

“Was a member of a forum targeted at residents of my town.

1st time, wrote an ambiguously worded post about “when is it okay to cheat”. It was fairly long, and it wasn’t clear until the last couple sentences i meant cheating at monopoly. Pages of hate until someone finally read it all before posting.

2nd time, made a seemingly racist post about not wanting my beautiful black kids playing with a dirty white kid. I then posted a picture of two black baby goats. Once again, pages of hate until someone finally read it all.”

“There was a fire drill in the dorm next to mine. This was by far the biggest dorm on campus. (12 stories I think) While everyone was outside, I made multiple posts to Yik Yak about how the sprinklers went off. I did so in varying styles and left comments on my own posts. (This was before Yak marked different users, so you could act like multiple people.) Soon other posts were going up pissed about it and threatening to sue whoever set the sprinklers off/the school. It was pretty amazing.

“So this was a harmless joke but a good one.

I went to Carly Simon’s song “You’re So Vein” and commented “Her best song since Call Me Maybe” on a troll account.

The original artist herself clarified that no, that was a different Carly.

There was a huge number of comments varying between calling me an idiot, a masterful troll, and other things.

Well, those were some hilariously trolling moments, yeah?

Tell us which one of these made you laugh the most!