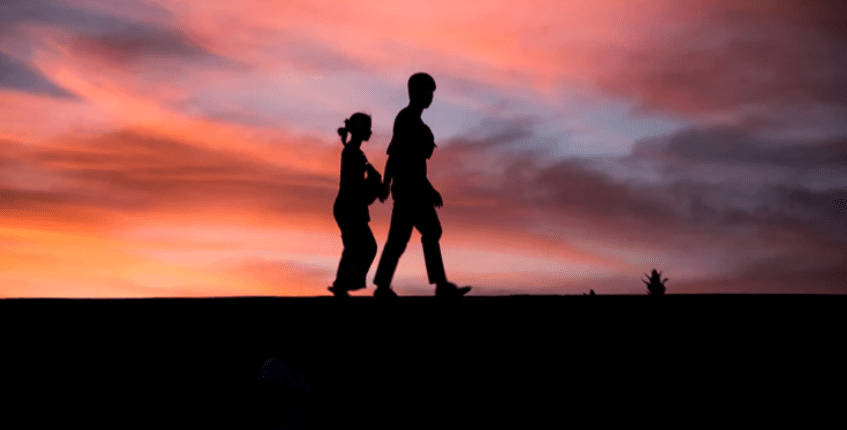 I remember my first crush. I was in third grade and her name was Beth. I was obsessed with her, and I watched her from afar on the playground.

I cut in front of her one day on the basketball court to shoot free throws and thought she’d immediately be impressed with my good looks and my athletic prowess.

Anyway, enough about this guy. AskReddit users admitted the embarrassing ways they tried to get a crush’s attention. I’m pretty sure we can all relate to these.

“I liked a boy in the seventh grade. Every day I would buy a Gatorade and pretend I couldn’t open it and ask him to. One day I did open and panicked. I tried to close it again as tight as I could and give it to him to open it for me. He called out on how easy it was to open and looked like it had already been opened. I wanted to climb under the bleachers.”

“I asked her out by parking outside her house and writing it on the windows of my car in car chalk. She sent the dog outside and said “You should leave. My dog is outside he’s pretty mean.”

“(I was young!) Called crush’s phone every 60 seconds for an hour (no answer, repeat). I figured she’d pick up once she got home and I wanted to talk to her ASAP. Unfortunately, she was on the phone with someone else the entire time, getting the “you have another call” notifications about incoming calls, just wasn’t responding to them.

After about the 60th time she picked up and screamed WHAT!?!?!?!?! and I tried to worm out of it like it wasn’t me that had just called her over and over and over. She didn’t buy it of course. This one still keeps me up at night 30 years later.”

“My crush was a kid who lived down the block from my house. I stole his dog from his yard and then went to his front door to return it and get to talk to him. He said he saw me take it.”

“We had a foreign exchange student my Freshman year of High school.

She was French and absolutely gorgeous, so naturally, all of us boys were smitten with her. She was in choir and sang really well, so I figured since I was a musician as well, that was my “in” with her.

So, I busted my butt and learned a love song from a very popular French Opera. It took me a really long time to memorize and I thought it would be a bold gesture. So, I sang it to her flawlessly and asked her how she liked it, thinking that taking the effort to learn a love song in her language would be a great gesture.

Well… That day, I found out that she was Swedish, not French. I’m stupid.”

“In kindergarten, I proposed to my crush by yelling across the playground. Uh… didn’t get an answer back.

In high school, I got some presents for my (different) crush’s birthday (barely talked to her in person because I was painfully shy, but always talked to her on AIM) Went up to her awkwardly with a red face, gave her the presents, said happy birthday and walked away immediately out of sheer embarrassment.

She told me later she liked the gifts.”

“In 12th grade I had a huge crush on this guy in one of my classes. I knew his favorite book and movie was Fight Club, so I Googled everything about it (along with watching the movie). On Valentine’s Day, I sent him a card that said I want to have your abortion and gave him my phone number.”

“Sheepishly handed her a letter and ran away in like 10th grade that would have been like a D- rambley mess in speech form that basically said “Hey you’re cool want to hang out sometime?” in three paragraphs because I was nervous as all hell and didn’t know how to people.

Funny thing is that she brought it up again in senior year and asked if I wanted to catch a movie or something.

In the letter, don’t really remember. She (Her family) had some horses and I remember mentioning that and asking her if she wanted to hang out sometime outside of the context of the horses.

When she brought it up senior year, that’s around when I was finally learning how to people so I was able to laugh about it and say sure, give her my number. And by my number I mean my parents number because this was before cellphones were really a thing (Like 2005).

She ended up leaving me a voicemail, played phone tag a bit, movie thing didn’t work out and I don’t remember exactly why but we just never ended up doing anything. Didn’t have any opportunity to hang out in school either, only had one study hall together for one quarter and no common classes senior year.”

“Once I was was 14 I “accidentally” sent a picture of me in a super fancy dress to my crush because I wanted him to ask me to the dance.”

“High school. I brought a mirror to school so I could stare at the guy on the down-low, except he immediately noticed and pointed it out to his buddies sitting next to him. Then at break time he told me to stop staring at him, and subsequently avoided me like the plague.

“Told her on AIM I had a crush on someone. When she asked “who?” I waited a bit then typed” you” and signed off dramatically.

We did not get married.”

“I used to pole dance on a lamppost outside a boys house when I was 13.”

“When I was about 15 or 16 years old, I went on a family holiday (with my mum and sister) to Italy. We were staying in a hotel with a shared swimming pool, and there were a few other families with kids of similar ages all hanging around.

I used to see this girl, roughly my age or maybe a couple of years older, pretty much every day by the pool. Blonde hair, nice body, just basically gorgeous. I think because she smiled at me a couple of times I convinced myself that she must be the one, and due to boredom (this was before smartphones/the internet) I spent basically the whole week gearing myself up to go and talk to her. I spent days just thinking of ways I could approach her, what to say, building up courage. It was the most important thing in my life at that moment, but was difficult because she was always around her family or I was around mine. There never seemed to be an opening.

So I walked up to her. I smile. She smiles. I say hello. She looks confused. I say hello again. She still looks confused. Err….hi? Nope. That didn’t work either. This is going horribly. Why did I do this? Please let me be hit by a sniper RIGHT NOW. Why is there never a sniper??

I asked her if she wanted a drink (because, of course, if she can’t understand a basic “Hello” in English then a full sentence was definitely the best way to proceed) and she looked even more confused. I think during this whole exchange (which felt like two hours but was in reality only about 26 seconds) she had only said the word “eh?” with a mixture of bewilderment and pity.

So, I walked to the bar, bought two lemonades (I wasn’t old enough to buy anything a little more suave) and walked back over to her. I mean, I’m invested at this point right? No point in backing out now, otherwise I would have just made a total fool out of myself for absolutely no reason.

I place her lemonade down next to her. She says “Thanks!” (so she DID speak English, the fucking liar) and I swagger away feeling like James Bond…

…Until I dropped my glass. Which smashed into tiny pieces, most of which went into the pool. Which then had to be evacuated while the staff cleaned glass out of it. And I got told off by the lifeguard, right in front of her and her family who had since returned and were all staring at me.

Hit me up if you need advice on how to approach the ladies, fellas.”

“In elementary, I went to school with a couple dudes that were very gymnastically inclined. They would do a double backflip off the swings instead of just one. They would do flips off the monkey bars, standing back flips, wall flips, you name it.

The girls loved them, they would sit and be an audience for these guys every lunch almost.

I got jealous. I practiced on my trampoline for a few days, tried some hand springs (which I got pretty good at, forwards not backwards)

Then the next time they were showing off, I joined them. Boom guy #1 comes running through; hand spring, cartwheel, back flip, back flip. Guy #2 comes bolting behind him; cartwheel into ariel, into backflip.

Here I come, cartwheel, into back hand spring…. oh wait, I dont know how to do one backwards, land on my neck, wind myself, start crying.”

Edit: I appreciate all the positive comments and I’ll remember your support when it gets tough tomorrow! Thanks for the silver I feel famous..

Update!! Since asked… just finished only stopped twice and my time wasn’t too bad either. I thought about this thread when it got tough a few times so thanks again for the support..as for the girl .. we’ll see I’m pretty high on myself right now.”