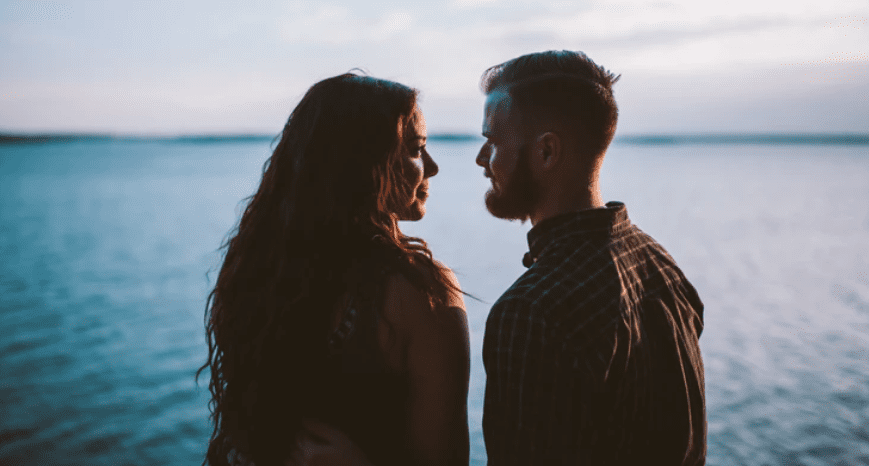 You never know when you’ll meet that special person, so best keep your eyes peeled and let these tales of random meetings keep you hopeful.

“Had a choice of a baseball game or party. Wanted to go to the game but made a promise to go to the party. Wasn’t in the best of moods.

Go to get a beer and a girl comes up to the keg, I hold out the tap to fill her cup and she says in a non-talkative way, thanks.

I say, you seem to want to be here as much as I do. She apologized and we mentioned why we were there and why we didn’t want to be. Ended up talking the whole time and got together with her friends later that evening.

Spent everyday together after that. Dated, moved in together, got married and had a son.

10 years to the day we met she filed for divorce.

Should have gone to the damn baseball game.”

“My current partner chopped her finger off at work and I took her to hospital and hung out for eight hours while they reattached her finger then took her home to make sure she was okay. We’ve been together two years now and she has no visible scarring from the surgery. We just kinda clicked.”

“Wrong phone number. A girl apparently gave him a fake number at a bar the night before, and that turned out to be my number. We only dated for a few months, but it’s a funny story either way.”

“My uncle married a wrong phone number. He called, it was the wrong number (it was the salon she worked at) and they chatted for a few minutes. He enjoyed their conversation so much that he decided to stop by the salon and say hi in person and they chatted some more. He asked her on a date, she said yes, and now they’re married.”

“I met my wife before a college English class. It was an 8 A.M. class and the teacher was super late, so we were all waiting outside the door. I was absentmindedly humming along to “The Ocean” by Led Zeppelin when she turns around to me and says, “Hey, is that Led Zeppelin?”

She said, “Oh cool. Well, you gotta shut up. I’m hungover as hell.” And then she turned back around.”

“I used to tell people that she hit me with her car.

Which was true. Technically.

I was stopped at a traffic light on my motorbike and she was stopped behind me. Her car rolled forward, bumped my bike, which jolted it forward. This caught me by surprise and the entire thing ended with my bike falling over. No big deal.

She was extremely apologetic, and worried that I might take legal action or that she had damaged my bike in some way. So she offered to buy me a coffee in apology and it went from there.

edit: I was wearing a full-face helmet, so I doubt it was planned. And it only lasted six months back in ~2009.”

“In high school my now husband was stabbing plastic utensils into an apple, I told him it looked nice and he told me to f*ck off.

Edit: Wow this got popular! I’m glad that my awkward relationship story could make some people laugh, it’s a cherished memory that I don’t think I’ll ever forget and it makes a hell of a great conversation starter for “how did you two meet?”

“In high school I had a summer job insulating houses. One day I was helping spray insulation in a homeowners attic and fell through the ceiling into the homeowner’s daughter’s room.

Between busting my butt and getting berated by my boss, I was really embarrassed. The daughter noticed I was pretty down on myself and went out of her way to be nice to me.

Long story short, we ended up dating for about a year before heading off to college.”

“I found a desert tortoise wandering down the sidewalk. So I went door to door trying to find its owner. Cute guy answers door, gets me a box, we find the owner together. We got married a year later.

Buuuuut then while paying for his Ph.D. in ethics, he’s busy hammering hookers while I traveled for work… to pay for his Ph.D. One divorce and 10 years later I’m still stuck with his student loans on my credit report and HPV to boot. NEXT TIME JUST KEEP THE DAMN TORTOISE.”

“I met my wife at an ad hoc party thrown by two roommates who hadn’t told the other that their friends were coming over. So both groups of about 5 people showed up just expecting to hang out, and it turned into 10 people jammed into a small apartment laughing and drinking.”

“I went in for a colon cleanse on a dare with a friend, and it ended up in a date with the girl inserting the water tube and performing the flushing.”

“4 years ago, my friend introduced me to a game app, the kind you play with your Facebook friends. After a while, she lost interest in it, so I decided to play with a “random opponent”. I got matched to some guy from Europe and we played the game for a week before he messaged me on the chat function “Hey, are you real?” because he wasn’t sure if he was playing with a bot. We hit it off and he ended up moving to my country to be with me 🙂 “

The biotech was somehow able to deposit my magazine money that month into their own account, and the head of billing asked me why I was receiving money from some magazine, what I did for them, what the magazine was. All this with the door to her office open.

After some back and forth she says she’ll cut me a check which requires a lot of paperwork on her part, and as I’m walking back to my desk downstairs, I make eye contact with a girl in the billing department.

An hour or so later the girl sends me an email because she overheard our conversation and is familiar with the magazine I worked for. We dated for a little over three years.”

14. Coffee shops are always good for this

“I was at a coffeeshop with a girl I was absolutely nuts about but only dating casually. During our conversation she cuts me off and hisses about a girl across the room I’d never seen before who was having an argument with her boyfriend.

“That’s the bitch who stole my boyfriend!” girl-I-was-nuts-about said. Same guy arguing with girl-I’d-never-seen-before. Girl-I’d-never-seen-before stands up, says “I’m done”, and storms off–not angrily, but calmly and confidently. Supremely poised, like she was storming out of a Henry James novel. I remember briefly thinking as she walked out the door, “that is the most regal creature I have ever seen in my life.”

Girl-I-was-nuts-about huffs in pleasure about their fight. I murmur some kind of agreement in the interest of solidarity. We have a pleasant coffee date and don’t go home together.

Three years later, I start managing that same coffeeshop. On my first day, girl-I’d-never-seen-before is formally introduced to me by mutual friends. It dawns on me after a moment that this was the girl from that night. This was the entire conversation:

A year later, as she became a regular at the shop, we became actual friends and started hanging out. A year after that, we started dating. That was 20 years ago. She’s snoring quietly beside me as I type this.”

“It was April 2010, I was traveling in Barcelona for work when the Eyjafjallajökull volcano erupted and grounded all aircraft flying to Europe. I was trapped. I did the sensible thing and went to the pub where I met 2 drunk Irish guys. Proceeded to get reasonably hammered until a girl walked in and sat beside me. She was stranded as well so we proceeded to get drunker together. Decided I should kiss her, I did, and now she is my wife. All thanks to Eyjafjallajökull.”