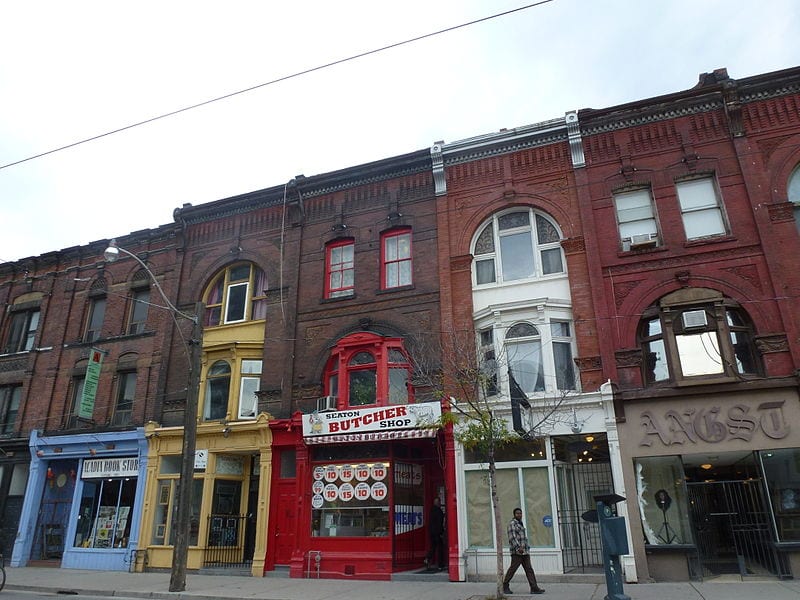 What’s the absolute worst city you’ve ever been to? A place you had the misfortune of visiting but you never want to return to?

I can’t say I’ve ever been anywhere that I truly despised, because I’ve always found good and bad in every place I’ve visited.

But these AskReddit users sure have strong opinions about this subject.

“Grew up in Johannesburg, South Africa.

It’s entirely unmaintained, and has a very unique style of absolute apathetic violence against innocent people.

I moved to New Zealand and years later realized that hearing screams that ended in the sound of a gunshot wasn’t a normal thing to go to sleep to during the night.”

And it’s surprisingly expensive to live there. However, it produced my mom who is the nicest person ever.”

For a city I’ve been to not at a time of war, Cairo was one of the most disappointing and disgusting experiences I have ever had in my life. Everything is a tourist scam.”

“Camden, NJ – where I found my car sitting on blocks with its wheels removed.

Our friends sold their Camden home at a huge loss just to get away from what they called “a nightmarish place to live.”

If you’ve ever driven between Vegas and Southern California, you know what I’m talking about. It’s constantly the hottest place in the summer. Literally 10 degrees hotter than 5 miles down the road. The gas prices are insane.

They have an alien themed jerky and hot sauce store (which is pretty awesome). And they have the worlds tallest thermometer because that town is the butthole of the country.”

It would have to improve to be a ghetto.

Don’t even slow down on your way through.”

“Angeles in the Philippines.

It’s the home of a former US Air Force base, but that base got destroyed by the Pinatubo volcano.

Angeles became the town where aging and fat former US military personnel goes on vacation to relive the heydays of their youth. One where you’d rent one or more women for the night for next to nothing. One where you walk into a bar and see those men feed shots to young girls, followed by empty laughter because they really don’t have a lot to say each other: they’re all just passing time until they go to their seedy bedrooms with the girl for the night and their one shot.

The city has nothing else going for it, no industry or anything. Their life blood was cut off when the base closed and they had to make do with sex work.

We were passing through while visiting the destruction of the volcano and stayed for 2 nights.

And here’s the thing: I forgot my pouch with money, credit cards, passport in that seedy hotel with mirrors on the ceiling when I left for the next city, 4 hours north.

And when I returned half a day later to pick it up, the lady at the reception said “we found it and put it in a safe.” Everything was still there.

(Note: this was 20 years ago. Things may be different today).”

A monument to excess and unhealthy consumerism built on slave labour.

Once your awe of the magnificent buildings fade it feels like a soulless tourist trap with a sinister undertone.

Everything just feels off.

I think it’s an abomination of a city.”

#9. I’ve heard this from numerous people

“Niagara Falls (US side) was depressing as sh*t. We went with low expectations, because we were only going there for a punk show and figured we’d stay in the tourist district and see the sights, and still left feeling disappointed.

The falls were cool, but the few blocks surrounding it are full of sh*tty, crowded tourist traps, and if you leave that small area you are immediately surrounded by extreme poverty and sketchy neighborhoods.

A local told us that pretty much all of the money made in the area gets sent back to NYC because that’s where the companies who own the casinos and business are located, so nothing really ends up going back into the local economy. A lot of bullsh*t. Show was good, though.”

“Easily Camden, New Jersey. I only went there to see a show at the venue there, but driving to the venue looked like I was in a third world country. I also took a wrong turn when walking from the show to my car, and it got sketchy really quick. Camden is such a sh*t hole!”

Watched a bunch of kids get their ass kicked for gang beat ins, then bought Chinese food from some guy who tied a tshirt around his hand to stop the blood.”

The place makes the infrastructure of Gary, Indiana look state of the art.

I haven’t been back in 20 years, but it began with leaving the airport. You go through the exit doors to be completely mobbed by people. I can’t tell if they are trying to carry your luggage for money or just outright steal it.

The one time we flew in after dark….holy shit getting a rental car was an adventure. Evidently they keep the rental cars off the airport property at night. We got driven to this steel walled compound to get our rental car. The doors open and men with rifles come out to cover our entry. They had this makeshift bunker type of thing they jump into.

Driving? The roads have potholes you could bury a body and the car that the body was driving in. We used to rent a 4×4 SUV just to drive on the public roads. Power lines down everywhere, no road signs…..just hire someone to drive you.

Police and customs? Corrupt beyond belief.

Poverty? The worst I have ever seen. The tin huts in the shanty towns were about the size of my walk-in closet back in the states. I always recall my driver telling me about the locals eating dirt. There was good dirt to eat and bad dirt to eat. I have no idea WTF made dirt good or bad to eat (I guess they would mix it with some type of fat and make like a pancake or cookie out of it). The water in those shanty towns? It was a common well that looked like a mud puddle where a 3 year old just spent the last 20 minutes tap dancing in it.

“Its a tie between Kayenta, AZ and Cuba, NM.

If you get out of your car, you will be swarmed by feral or abandoned dogs and drunk locals asking for gas money.

Very tough to avoid colliding with drunk drivers or adopting a dog when driving through.”

It’s talked up as a great seaside destination with a world famous pier.

Never go there alone or at night.

Most of the shops cater to the tastes of young men, because of the military base.”

Idk about you, but I definitely just made a few mental notes!

Any places you think we should avoid!