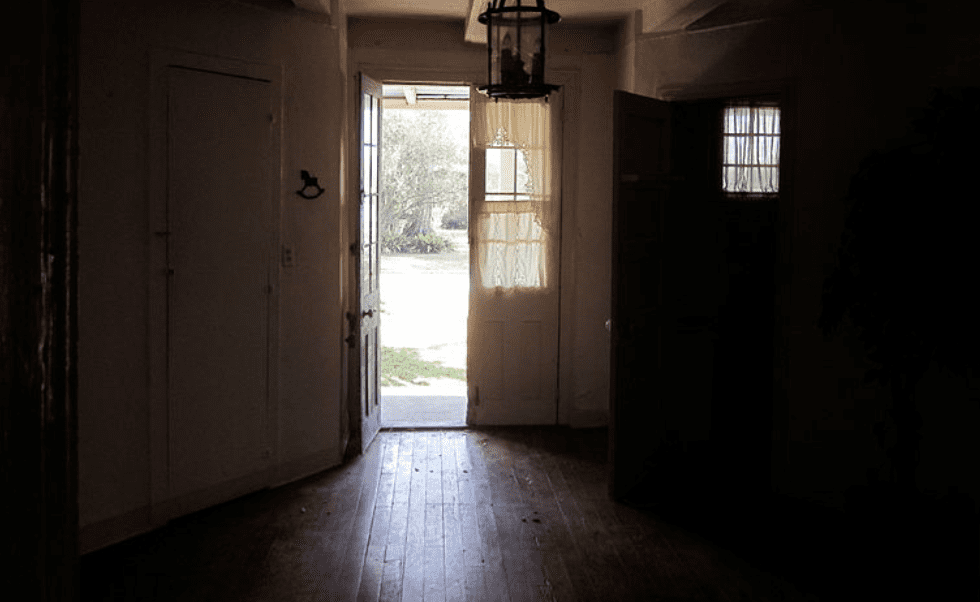 One day, I came back to my apartment in Chicago and found that someone had broken in and stolen a bunch of my stuff. It was an eerie feeling and I never felt 100% comfortable in that place the rest of the time I lived there. I’m just glad I didn’t walk in when the thief (or thieves) were still there.

Have you ever come home to a bad situation? These AskReddit users sure did and they shared their tales.

“One day I came home and all of my mother’s stuff was gone, along with my mother. She moved out without telling anyone but my dad. Pretty crappy.”

“I get a snap from my brother that my dad just disappeared. I didn’t even get a phone call that he was leaving. I haven’t seen him since August when I left for college. I honestly would have hugged a lot harder if I knew that’d be the last time.”

“I was 13 and came home from school. My mother was walking around the house naked and delirious. Randomly picking objects up and dropping them. Calling me by a name that wasn’t mine. I called 911 and a neighbor.

She had a fever of 104. It was bacterial meningitis. She was in a medically induced coma after that, required brain surgery and then months of antibiotics. She had amnesia after that and was never really the same.”

“A bunch of cop cars and cops standing around in the yard, it was a hot sunny day, I don’t remember who else was there except my ex-mother in law, and I had just dropped off my 3-year-old at my grandmother’s house but my 1-year-old twins were in their car seats in the back, and I opened the door and was told my husband was dead inside the house and I took the twins out of their car seats and sat in the grass in the sun with them and I don’t really remember how long I sat there.

Suicide. He waited until he was home alone and called 911 first so a cop or paramedic would find him rather than a family member.”

“I go to turn on the light and…nothing. The electricity is off. Go to the electricity box outside and turn it on and go back inside: house has been cleared out of all valuable things. I hear a whirring sound and realize it’s the old VCR video tape rewinder rewinding the video tape I put in it in the morning as I left home with my baby son.

And then it dawns on me: that tape only takes about 3 minutes to rewind… The burglars must have turned off the electricity seconds after I left home with my baby in the morning. They were watching me leave from inside the garden…..”

When I was a kid the dog ate 2 pans of fudge. the puke was *everywhere*. in the back hall we actually used a snow shovel to scoop it into trash bags.

Went on vacation for three weeks, driving across the country. told the now ex, let’s turn the water off. “No, we can’t, I’m running a load of dishes.” Shit, honey, we can wait 30 minutes. “No! We have to leave.” when I came home, the door wouldn’t open. turns out the icemaker water control solenoid decided that it had been working for too damn long, and stopped holding the water back.

There was mold **everywhere**. Everything in the house went into the trash. clothes, bedding, furniture, etc. they took up all the flooring down to the slab, and the bottom 4 feet of drywall, down to the studs. It was a 6-month rehab job.”

Chased the squirrel out and made better side paneling, but the squirrels never stopped trying to get in. It was horrible hearing them scratching and gnawing. My landlord tried putting up some wire fencing around the window hoping to prevent them from getting in.

Instead, they would manage to get in and then forget how to get out. So they would be trapped between the wiring and my A/C, panicking and gnawing and the window sill and and I’d feel bad for them and despise them at the same time. This went on for a long time and I now f*cking hate squirrels and window A/C units.

My friends printed and framed a particularly good photo of one of those squirrels attempting to get in. And bought me a squirrel throw pillow.”

“Me and my siblings were sent home early from school to learn from my mom that my dad had committed suicide.”

“Meth lab bust. I was raised by my grandparents (they were wonderful people who adopted a bunch of shitty kids) and they’d let my aunt and her boyfriend move their RV onto the property because they got kicked out of wherever they were staying. The worthless assholes were trying to cook meth in it and it caught on fire so they ran off and left it there burning. The neighbors called 911 and the fire department got the fire out before it got to the house. It was nice coming home from school to that. It was a huge shit storm.

My grandparents were almost arrested and they almost lost their house and land. Pretty much the only thing that saved them was that the meth lab was in a vehicle registered to the boyfriend. Even though we didn’t get into any legal trouble it was still a pain in the ass because the whole house had to be tested and they had to hire someone to clean up the mess and have the property test clean before we could move back in. And my childhood home is listed as a former meth lab on the National Clandestine Laboratory Register. My grandparents never recovered financially.”

“Dog had had surgery on both paws. Husband decided after a few days that he trusted him without the cone of shame. Arrived home to find bits of white cotton scattered down the hall. Followed them to find the living room floor covered in blood and the dog in his bed with a paw swollen to twice its usual size after he’d shredded the bandages and ripped out his stitches. Worst treasure hunt ever.”

“I came home to find my mother had died overnight with the glass of milk I’d poured out for her the night before still sitting there.”

“When I was around 7, I came home from a family weekend away, I walked into my room towards my cove. I had this hanging chain that you put your beanie babies on. As I passed it, it seemed like there was a bunch of dust particles in the air around me.

I started moving my hands in front of my face as if to push the dust particles from blocking my view… that was when I realized.

These were not dust particles, but rather hundreds upon hundreds of tiny baby spiders. While we were gone tons of eggs hatched and I was walking in all of them hanging from the ceiling on web strings.

I immediately ran screaming into the shower and refused to go back in for days after my dad killed them all. That was the end of me having beanie babies, time to grow up.

TL/DR: Hundreds of spiders hatched from eggs, I walked into them all over me.

Edit: For those who asked, this was in Connecticut, feel free to cross that off your travel destinations.

Whether or not the spider laid the eggs on the beanie babies, or they came from within.. I was taking no chances. My dad said that was the epicenter and he could see tons crawling on them as if their “fur” was blowing in the wind.”

“8 billion baby praying mantis in my house. Over the fall, my daughter went out into the woods and collected every praying mantis cocoon she could find and put them in a shoebox in her bedroom. They all hatched in the early spring while we were visiting my parents for the day…”

“My dad had cancer and we were taking care of him for almost a year. I went away to my cousins birthday party for the weekend and came back to him almost dead. I appreciate that my mom didn’t want to ruin my weekend but i never would have forgiven myself if i missed his passing.”

“My girlfriend and I were having a problem. I told her I needed to take a walk, but I’d be back. I kissed her on the cheek and walked out the door.

I got back and she had cleaned up, packed her things, and left me.”