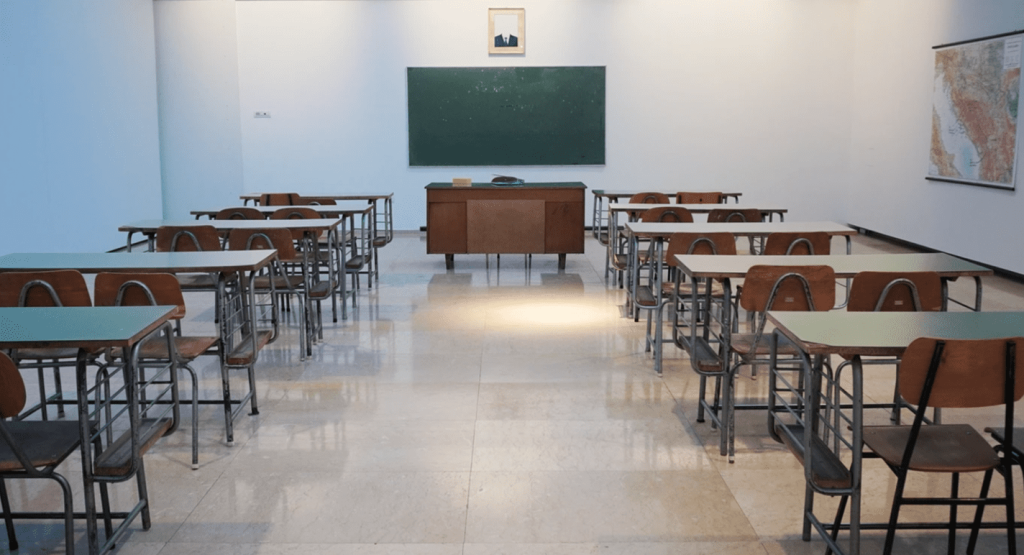 Kids always think that everything they’re currently learning in school is useless, but with hindsight, you realize that some of it actually WAS pretty useless.

Oh well, you can’t turn back the clock, so now you just have to live with that useless information bouncing around inside your brain for the rest of your life.

Here’s what AskReddit users had to say about what they consider the most useless piece of information that they learned in school.

Was told that we would use it for the rest of our lives… until they shelved the subject way through elementary school.”

“That George Washington had wooden teeth.

Actually he had teeth from slaves, and he apparently it was important that he chopped down a cherry tree.”

“How to write a resume.

While I think it’s great that resume writing is taught in high school, it’s taught completely wrong. The idea of “Objective: To obtain a position as a X with Y company” is the fastest way for a hiring manager to throw your resume into the f**king trash.

A narrative summary of your qualifications and skills is much more suitable. For example:

4. Lies my teacher told me.

“All the countless lies my history teachers told me.

When I turned 18 and 9/11 happened, I was shocked to learn that people around the world didn’t necessarily think the United states was the greatest thing ever.”

5. I remember it very well.

Stupidest s**t ever, and probably the catalyst for me experimenting with drugs as a teenager.”

“That Columbus was a hero who discovered America.

Granted this was 23 years ago, but still…”

“Boy oh boy, one of my middle school teachers (had him for multiple classes over two years) made us do the most useless/stupid things. Some things we learned from him include juggling, ambidextrous cursive writing, Rube Goldberg machines, and obscure facts about DW-40. Many afternoons were just spent on Sporcle.

In 2012, it was the 100th anniversary of the Titantic, so we spent the entire month of April learning about the Titantic, and had to submit a diary from a real/fictional person on the ship. After we handed them in, he said “Wow, I’m disappointed none of you wrote from the perspective of the boat itself.”

One time we had a practice lockdown (for those who don’t know, we hide from view of the classroom doors, turn off the lights, close the blinds, and wait for the all-clear from the school’s VP), and he told everyone in the first two rows of desks to hide behind the lab tables at the back of the class (as you’re supposed to do), but everyone in the back two rows of seats (myself included) could stay where they were. Of course, when the VP came in, we were told off for not hiding properly, and our teacher let us take the blame.

The kicker was at the end of grade eight, when the science teachers prepared a mock science exam to “prepare” us for high school. The day before the exam, this guy said, “Ok, take out your papers. This is a list of everything I didn’t teach you this year.” He essentially just ran through most of the year’s curriculum in about half an hour. And I definitely failed that mock exam.”

Honestly if you do not study math or something that uses a lot of math directly after school in University, you will likely never use it again or at least have to look it up again anyway. Granted, if number 2 is you it’s easier to relearn than to learn.

But I think the majority of people will fall into group 1, including me.”

“I’m a firm believer that a good general knowledge makes you a better person, and that schools shouldn’t be factories producing corporate slaves.
But goddamn I’ve never used any of the physics, chemistry or biology in my career and I remember how hard it sucked having to learn all of it.”

I kid you not, we learnt about the Spanish Flu in history, and the teacher just had to say that. It’s useless but kinda fascinating.”

Minimal information on how to have safe s*x or contraceptives. They just preached s*x = bad.”

A lot of the things taught in the class were complete bulls**t. Especially when it came to pregnancy. You have 24-ish hours once a month to fertilize an egg. On average you ovulate two weeks after your period.

You have a short window that you’re fertile and that gives you a 20% chance of conceiving IF you get your timing right. And no you can’t get f**king pregnant on your period. Your uterus is shedding the entire lining with the DEAD egg.

WHYYYY? it wasn’t even meant to be read it’s meant to be acted out. it’s so hard to understand and it’s just boring (in my opinion).”

There’s nothing more supportive to atheism than mandatory religion classes.”

“Just about 99% of the stuff taught after learning basic reading, writing, and math.

Most of it was useless fluff to waste 12 years.”

Okay, you know the drill.

We want to hear about the most useless piece of information YOU ever learned in school.