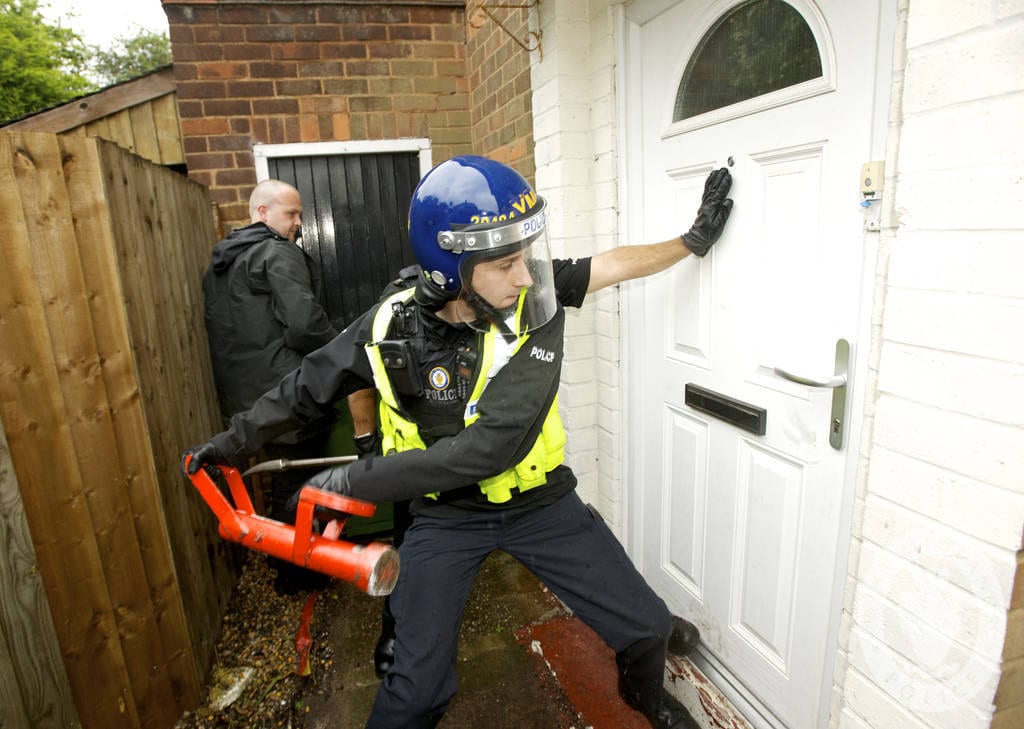 First responders really do have to deal with some of the most messed up stuff you could ever imagine – and worse.

And police officers get a special mix of WTF that’s unique to the job. Well, these officers volunteered some of that WTF on this AskReddit thread, and, frankly, I’m glad it was them responding to these calls, and not me.

I certainly couldn’t have imagined most of these 17 situations, but that doesn’t mean I won’t have nightmares about them tonight…

Did you know that your skin will become clear and you can see EVERYTHING?

He popped when the funeral home came to get him.

Some people, they’re not bothered by this. Me? No no no. I don’t have the stomach. This is the only part of the job that bothers me.

A coat rack with a hat on.

Clearing a dark house and seeing what could easily be a person standing motionless in the corner is not fun. 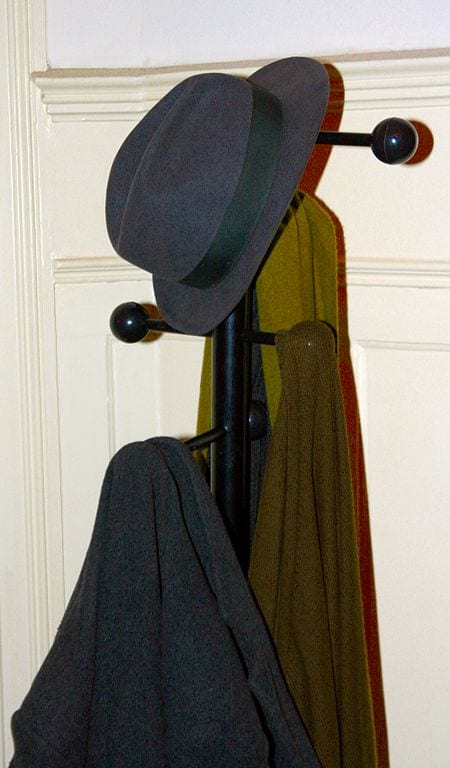 An elderly man’s daughter rung us to check on her father since she was out of town and had been unable to contact him in a few days.

Arrive at his house and get no answer at the door but can hear running water.

We end up finding an extremely scaly elder-gentlemen dead in the still-going shower.

Wellness check called in. Went in – smelled horrible – and discovered a large dead guy, shirtless, sitting in his front room, in a lawn chair watching TV.

He had set up an industrial space-heater behind his chair, which was on at full blast.

Due to the heat, and apparently other factors, he had “merged” through the back of that lawn chair.

During a search of a sex offender’s house, I found a room that looked like a little girl’s room.

In the closet I found a 4ft doll in a pink dress.

Nothing will beat the old lady who passed away in her house and the little dog that ate her face.

Literally just the skin from the jaw line to the hair line and from ear to ear.

It left the eyeballs in the sockets. 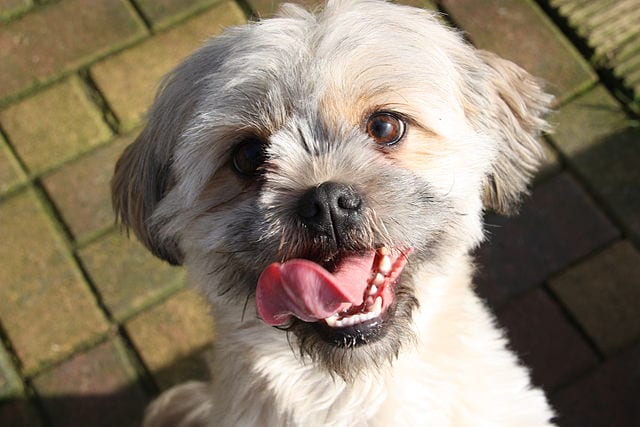 Every horizontal surface was covered with sharp metal or jiggly silicone. There were even a few new ones under the tree.

After clearing the house, we had to talk to these folks with a straight face for a good 10 minutes.

It was one of the greatest challenges of my career.

Got dispatched to a call, daughter has tried to reach her elderly mom and can’t make contact. Made location at the house and received written authorization from daughter to make forced entry at the front door. Asked the daughter to wait by the squad car and had fire department spread the door frame open.

Immediately noticed the smell and began to search the house.

Found the mom in the kitchen laying on open door of the oven. Half of her face and hair were burnt off, and the oven was still on, cooking her.

Apparently, we found out from the daughter, the mother used the oven for heat and had a heart attack, then fell on the oven door.

We went to an apartment which was a local drug den. A female we knew called and said the male renter had been assaulted, and she had run.

We got there, and the door was bolted shut. I kicked the door over and over again, and it wouldn’t open.

What I found out later is the dope team had done a search warrant on the apartment a couple weeks earlier, and afterward, the tenants had reinforced the door jamb with a metal plate.

It took me kicking the door a total of 22 times before I broke the deadbolt in half, which flew across the room and hit the wall.

We made entry; guns drawn and started clearing the apartment.

This place was the kind of spooky I have only seen in places where a lot of Meth is done. It was dark, there were swastikas, 666, upside down pentagrams, etc painted on the wall, pictures of faces hung on the wall with the eyes X’d out, and baby dolls with their eyes scratched out into X’s.

As we cleared the first room we started seeing the blood. First on the bed, then a trail on the floor leading into the back room.

We followed the trail of blood down the hall to the bathroom door. In front of the door was the renter’s dog which was shaking uncontrollably and pissing all over the floor, scared out of its mind. As we got closer the dog got really aggressive, because it was scared.

I made my way around the dog and entered the bathroom where I found the renter hunched over in the shower, bleeding from his face, holding his cheeks with his hands.

He was frantically trying to talk, pleading with us not to hurt his dog. Blood was dripping from his mouth, and I couldn’t understand him.

Then I saw the extent of what had happened to him. — His jaw had been dislocated on both sides when he was beat by 2 men with a hammer, and it was just hanging there.

As he was trying to plead with us, he could only attempt to talk by flicking his blood-covered tongue in the pattern of the words, because his jaw didn’t work at all.

Less creepy but more of a surprise.

Get a call for a burglary. I’m doing a walk through with the resident noting all missing and damaged property. He was an older guy.

We are in the bedroom looking in drawers.

I open one and see it full of women’s panties and bras. I ask him when his wife will be home to help identify missing items. He stutters a little bit and finally says, “Uhhh those are mine.”

I just closed the drawer and went on with my investigation.

We are all a little weird bro.

Far be it from me to judge you for wearing pretty underwear.

A dead guy. But not just your average dead guy.

This guy died on his couch surrounded by no less than 1,500 Miller Lite cans. Plus, he had no friends or family.

He was retired, and his electric bill was auto-deducted from his checking account. He died, on his couch, and no one realized it for 5 months.

When we found him, the top (front really, because he was on his back) was completely skeletonized. But the bottom (or back, against the couch) was still meaty and rotting.

The half-skeleton was kinda creepy. But its really creepy and sad that this guy left this world and it didn’t affect anyone.

Responded to a fight between two brothers and another unrelated black male. All these guys were in their late thirties, early forties. Get them separated. They were all drunk.

Turns out the bigger of the two brothers and the other male were fighting over who got to have sex with the other brother.

They had been raping him for a while.

All three were low functioning.

#13. “Lots of stuff you see tells a story you never asked for”

Abandoned houses are pretty depressing: family pictures and albums collecting dust and decaying, sad stuff written in marker as daily reminders to start again: “get off drugs,” “look for work,” “make things right.” And, seeing a sleeping-mat comprised of towels and old sweaters in a corner and pizza boxes from Little Caesar’s next to it.

Lots of stuff you see tell a a story you never asked for or expected to find.

Makes me feel lucky to have what I have.

I got called in on a domestic disturbance and when we got there this guy had literally hundreds of those little troll toys.

They were covered in semen.

We were working a scene where two kids had died after a space-heater caught on fire.

The fire department came in and cleaned out the scene, and we came in after.

As we were sifting through the ashes to find components to the space heater, we found the two-year-old’s foot.

Mind you, this was after dark, so we could barely see and were using flash lights.

It was a bit creepy.

Went into a ladies house one time… can’t remember what the call was for… that had sheets of paper taped all over the walls.

They all said something along the lines of,  “Remember, the voices aren’t real.”

Gave me a warm, safe feeling.

Don’t forget, your dog wants to eat you!

Want more true tales from the annals of AskReddit?