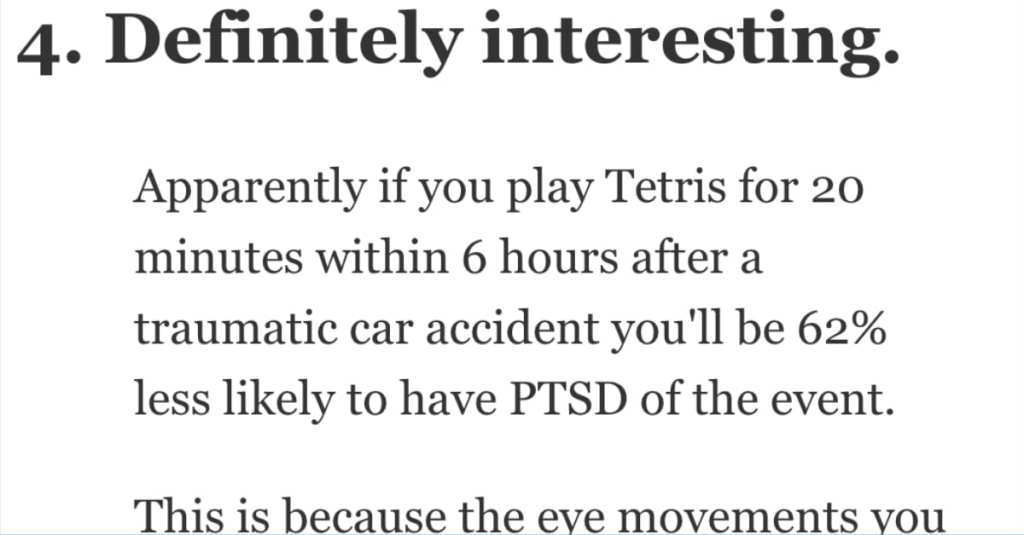 When you ask someone for their favorite fact, you never know what you’re going to get in return. Most people probably have more like a handful of favorites, each to be deployed in the perfect situation, all designed to wow and excite people every single time.

These 17 people are hitting us with their favorite weird facts, and y’all. They’re not overselling the strangeness at all.

If you type “illuminati” backwards on your search bar, along with .com (itanimulli.com), it’ll take you straight to the NSA website.

Someone had fun setting that one up.

16. Guys this is terrifying.

Tapirs pe**ses are not only very large relative to body length, but they are also prehensile (i.e. they can grip and grab).

15. That has to come in handy at some point, right?

That divider at grocery stores that separates stuff on the conveyor belt is called a spratchet.

I keep trying to buy one of those, but the lady behind the counter keeps putting it back.

Great white sharks have never been seen mating. Ever. By anyone.

Zero record made by a human. Strange considering what a mighty presence they have on humans.

Sir Arthur Conan Doyle, the author of Sherlock Holmes, published a book in 1922 about how fairies are real based on some pictures of fairies deemed authentic by an expert.

Those fairies were cut out of a children’s picture book and photographed in the garden by two girls.

The iron maiden was never a torture device.

Some archeologist a couple hundred years ago just found an old metal coffin that happened to have metal spikes by it, and he just assumed that the spikes belonged on the door of the coffin.

11. Maybe their only natural predator.

Moose can dive up to 30 feet underwater to eat vegetation growing there when above ground is covered in snow.

And because of this orcas are a natural predators of moose.

In Spirited Away, when recording the English dub for the pig transformation scene, the actor talked with a mouthful of apple.

In the original Japanese, they used KFC chicken.

the noises the raptors made in jurassic park were actually turtles f**king.

If it was not for some gut bacteria, we would fart in colors.

Ever since I learned this I’m a little upset with my gut bacteria that this isn’t a thing I can do.

That there was a NASA funded project in the 60s to teach dolphins to speak English.

Which managed to involve giving a dolphin hand jobs and LSD!

Damn I wish I was a dolphin.

During second unit shooting for the football game that comes near the end of the film, John Schuck was told to say something “really nasty” to his opponent, and the ad-lib made history.

The CIA spent nearly 5 years and $10 million to make a covert spy cat with implanted microphones, to eavesdrop on the Soviets. It was run over and killed by a car on its‘ first “mission”.

I heard the cat made it back safe (after a failed mission) and had the microphones removed.

Update: apparently it was claimed the cat was hit by a car back in 1960 during its first mission, but in 2013 a guy who oversaw the project disputed that, saying the cat was too difficult to train and had the hardware removed, living a long and happy life afterwards.

Apparently if you play Tetris for 20 minutes within 6 hours after a traumatic car accident you’ll be 62% less likely to have PTSD of the event.

This is because the eye movements you make during Tetris are similar to a technique used in EMDR.

Let’s see……the worlds shortest war was over in 38 minutes……the longest war was over 300 years…..the reason banana flavored candy doesn’t taste like bananas is because the banana we eat today is not the same as the one the flavor was created to mimic.

The bananas we eat today are a subspecies called cavendish! A fungus wiped out the banana species the candies are mimicking.

Most rune stones erected by Norsemen were erected by Christians, and they’re often decorated with Christian crosses.

Runic writing also continued for centuries after conversion, so it’s not uncommon to see things like “God help his soul” on rune stones. It might not be so weird if one’s intimately familiar with the topic, but I think a lot of people just seem to associate runic writing with paganism.

One of the most famous runestones is literally Harald Bluetooth bragging about turning the Danes Christian.

If you flick your nipple it’ll get hard in 6-7 seconds.

This comment will make people flicking their nipples over the world for a next couple of days.

i never thought watching my nipple get hard would be so mesmerizing.

I don’t know how to wrap my head around some of these honestly.

If you’ve got something just as weird, knock us totally off-kilter in the comments!