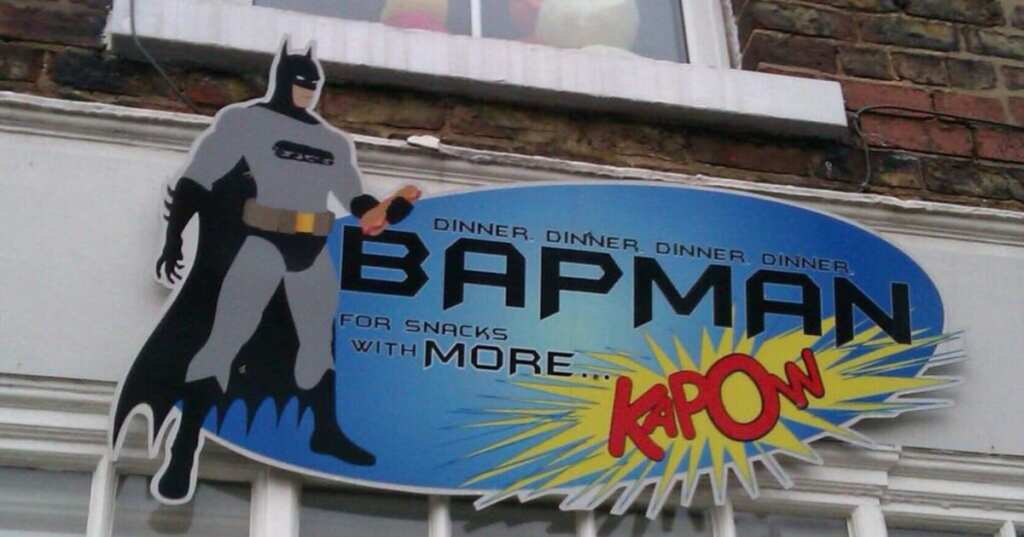 19 of the Punniest Business Names We Could Find

Some people take themselves and their businesses super seriously, which is a totally acceptable choice.

Other people think “I need to name my business,” and instead of doing market research and floating options to friends and focus groups, just come up with amazing puns and call it good.

Or maybe it could be both, I don’t know.

What I do know is that these 19 British businesses made the right choice.

I hear the food is good, though.

For those disappointed that Jason Donovan hasn't turned up, here's Jason Donervan in Bristol #Glasto2019 pic.twitter.com/N0RvrU2p33

And we’re all the winners.

The pun is strong in these two… pic.twitter.com/HZWWP7yi9L

Is it even a pun?

This one has stuck with me over the years. pic.twitter.com/XApaz0c0my

Also, the tagline is the best part.

Sometimes it smells good, sometimes not.

But they’re movers, so they probably are.

These guys are making grass cutting an art form pic.twitter.com/UPo9HxtZP6

I’m here for the layers of puns, though.

It is clever, though.

They tried to make me go to @oddbins but I said no no no #punnybusiness pic.twitter.com/YNrkMSn8EH

9. When you need that new floor more than ever.

Sorry. I couldn’t help it!

19 of the most brilliantly awful, punning business names in Britain from CasualUK

And why is there an extra “d” in her name? I feel like I’m missing something.

When ever I have friends visiting, they always love the puntastic A Fish Called Rhondda 😆🖤👏🏻 pic.twitter.com/ci9ojKn1fO

6. This one is actually super clever.

I’m proud and I don’t even know them.

To go go it's a joiners life for me…1 pic.twitter.com/Iq6AlbffTP

But it’s worth it.

What a delicious planet.

3. You know it’s good if two places are doing it.

Both such pretty buildings, too.

These folks are two-for-two.

What a rubbish pun from CasualUK

1. This one was a bit too close; they were sued.

It was funny while it lasted, though.

If only I could one day be so clever.

Have you ever come across a business with a name like these? If it was so good you never forgot it, please share it with us in the comments!