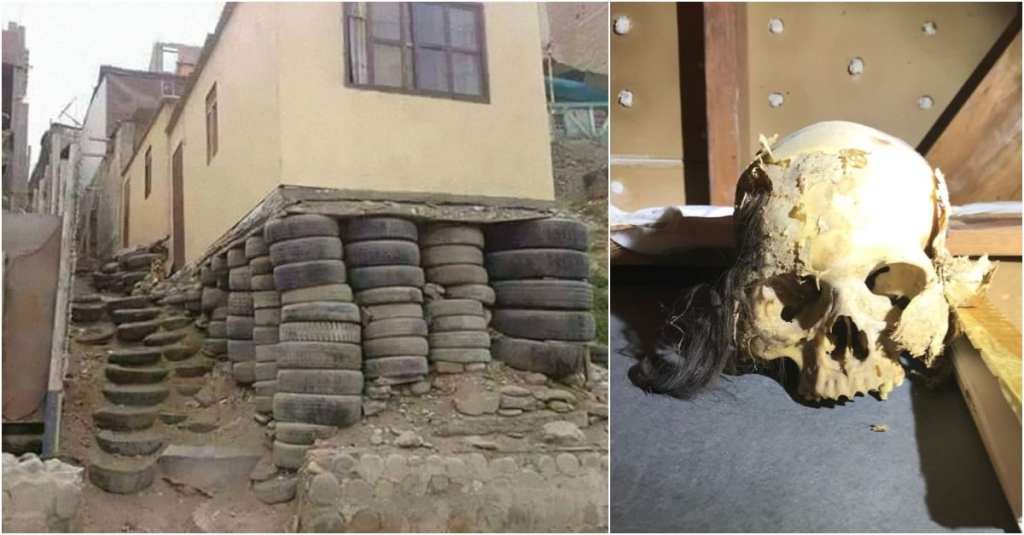 20 of the Most Egregious Problems Ever Seen During Structural Inspections

Talk about accidents waiting to happen. These are no good, uh uh, no way.

Alpha Structural, Inc. is a Los Angeles-based company that specializes in building and repairing structures, and they see some real doozies.

And, thankfully, they’ve photographed a lot of the epic structural fails they found during their inspections.

Take a look at these places and the comments from the folks at Alpha Structural. You’ll be scratching your head that anyone lives/works in some of these places.

1. “A soft-story can be described as multi-level structure built with a first floor that is much less rigid (soft) than the floors above, such as in an apartment with tuck under parking.

This is a cause for concern, for when an earthquake hits, the existing columns do not have the strength to protect against the sideways movement that can occur.” 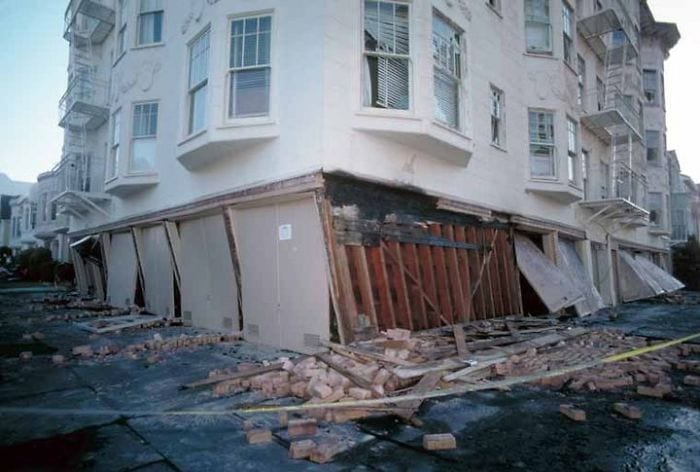 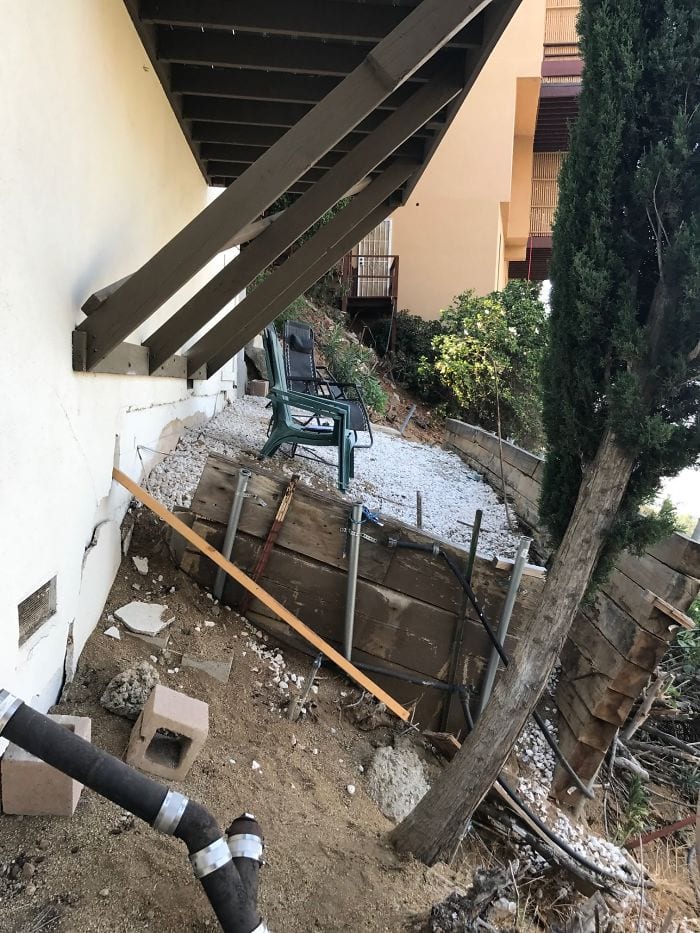 3. “This is one of the craziest structural fails I’ve ever seen.

No re-bar, not bolted, settling 2 ft and it’s on sand…Just wow!” 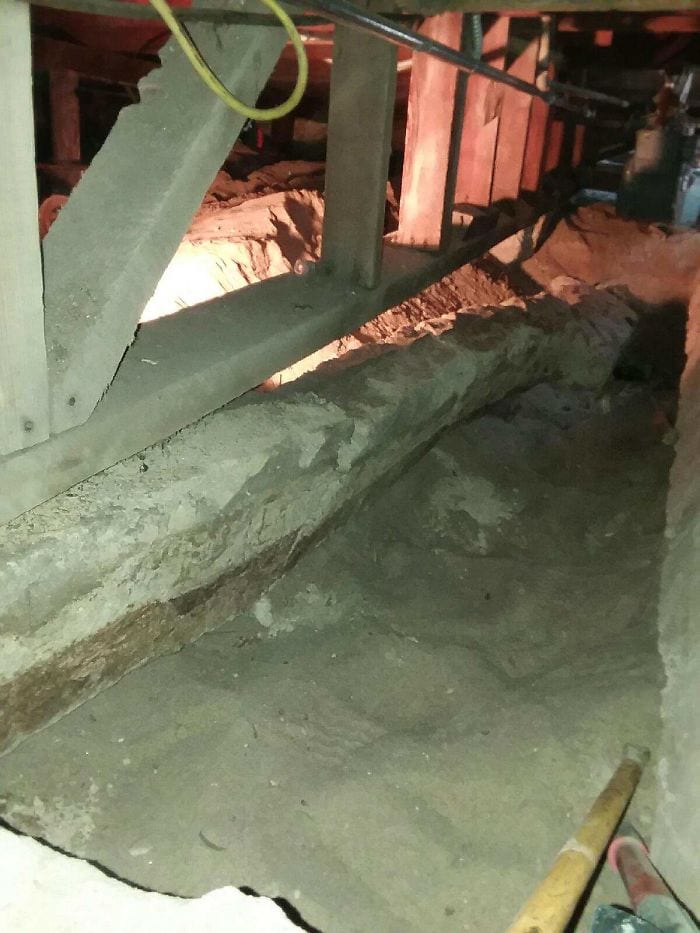 4. “This is an abandoned home in East Los Angeles.

I don’t want to get too technical on this, but not even the homeless would want to set up shop in there.” 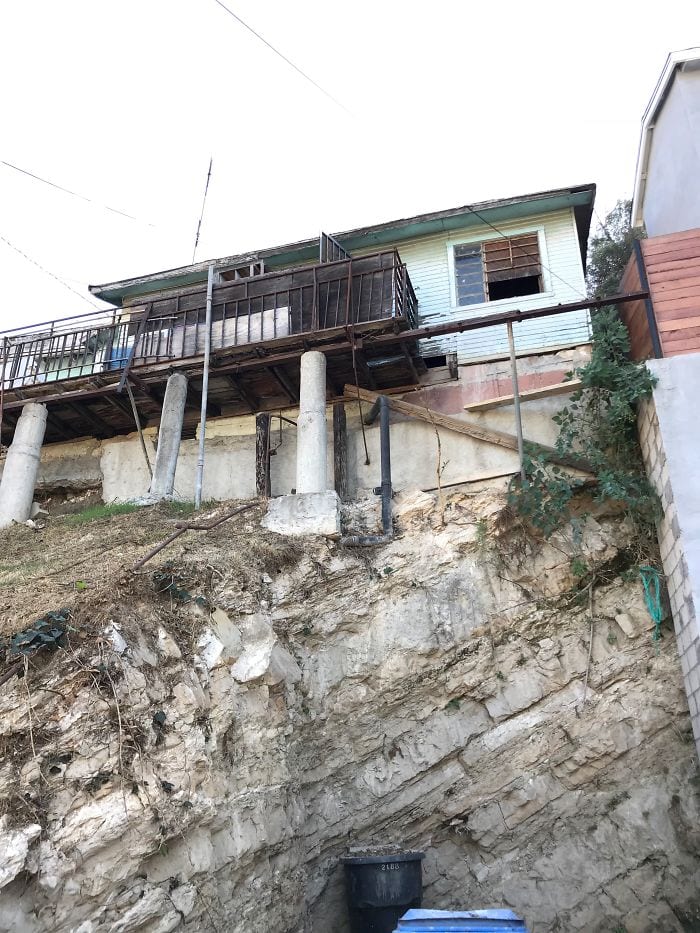 5. “Though these jacks are pretty common…they should never be used as a permanent pier. Unless secured with duct tape of course.” 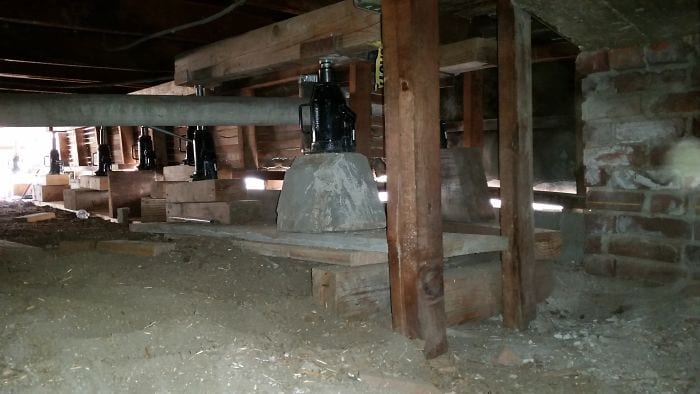 6. “Nothing is worse than coming across a massive gas pipe while excavation. It wasn’t on the initial plans.”

7. “It may seem as if this is a photo was taken at an angle, but I assure you, it was perfectly straight.

The floors are just sloping down a good 6 inches from the middle of the home.” 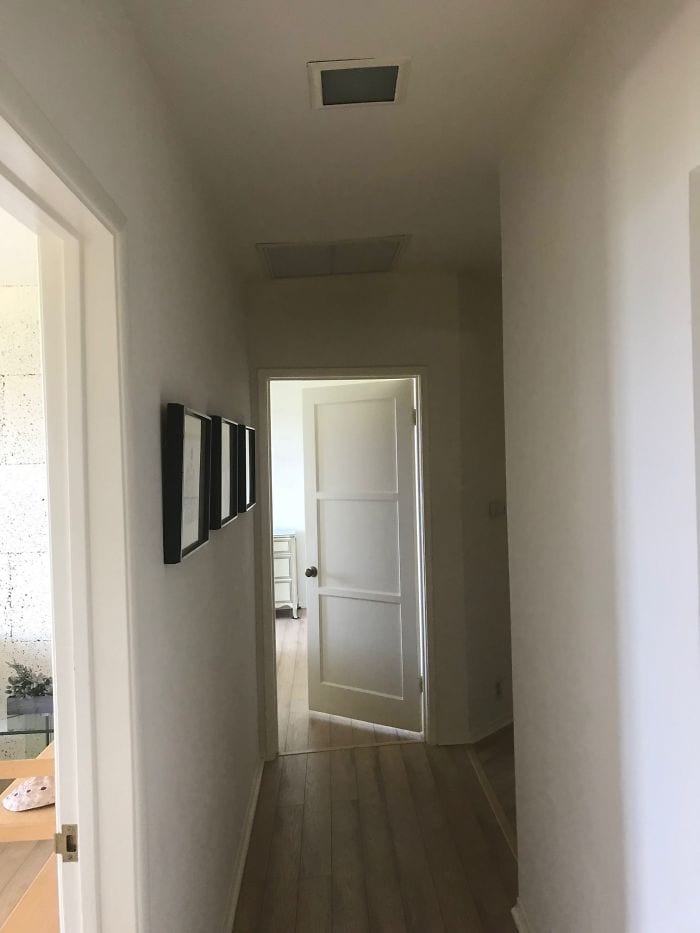 8. “This is a very interesting view from a basement window.

It’s actually located in a shower and you can see the critters moving around in the dirt. Hope you like bugs!” 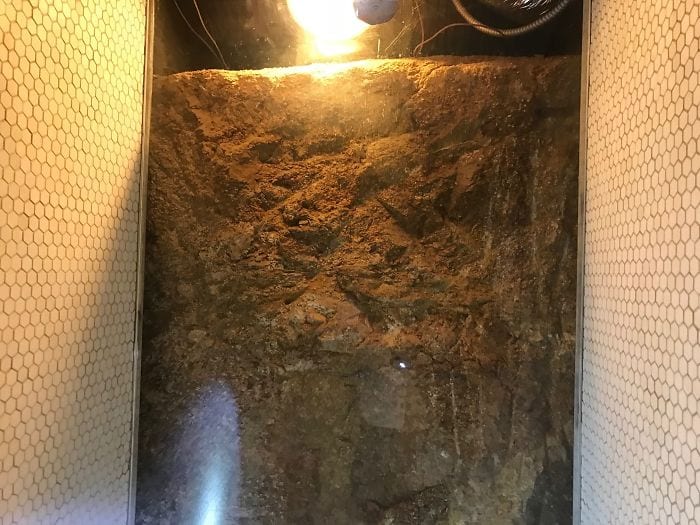 9. “This is a foundation made up of river rock, some sort of hardened mortar and the tears of the contractors who did it. 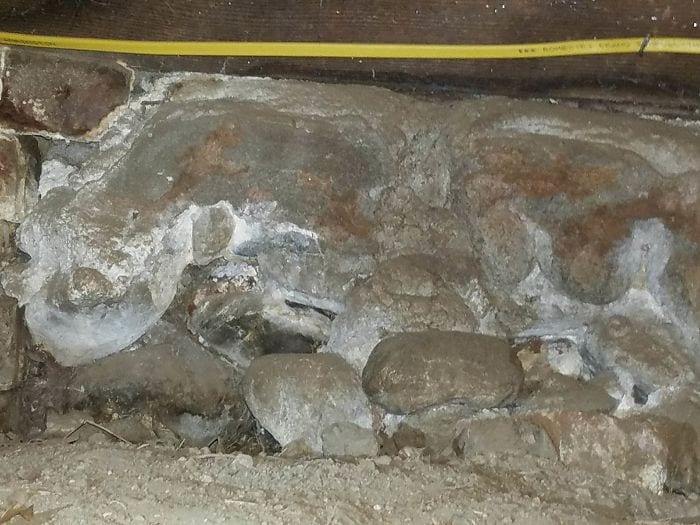 10. “This is something you don’t see every day:

A colony of bees/hornets/wasps, have created a honeycombed nest on the carcass of a dead animal and it became the perfect online content. 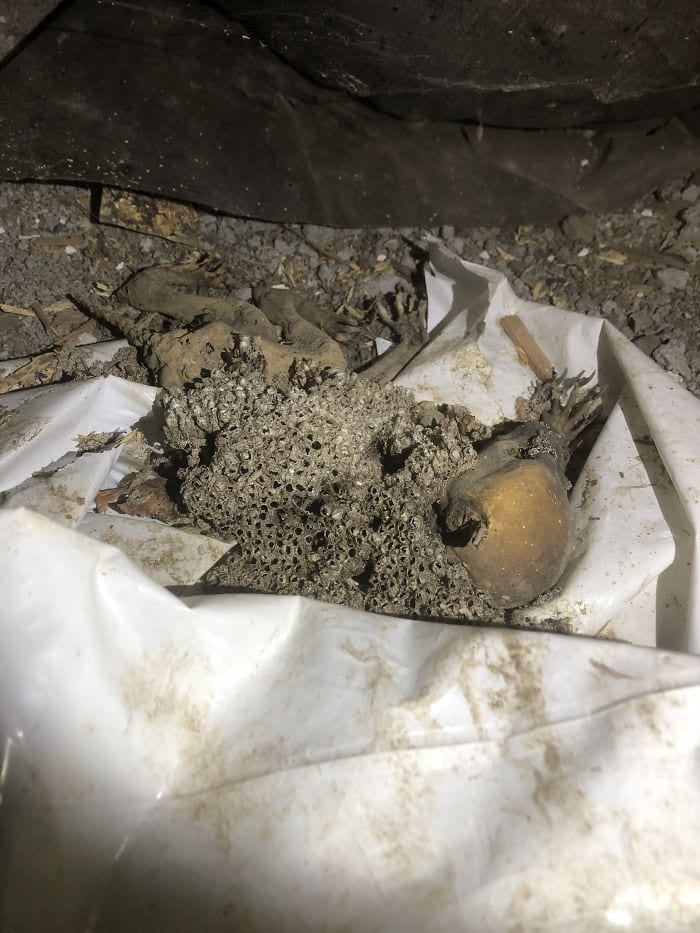 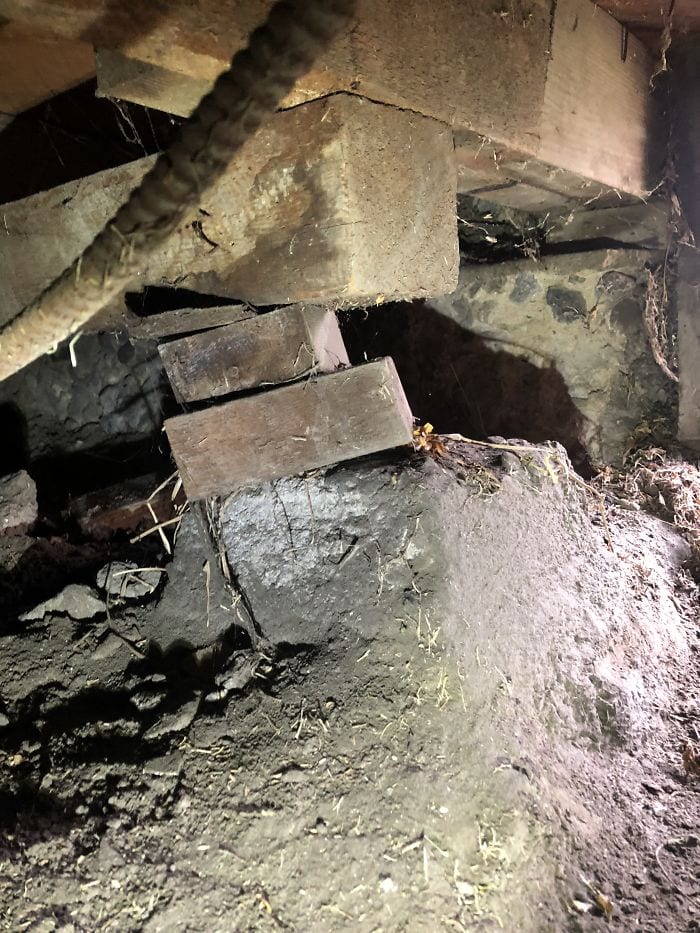 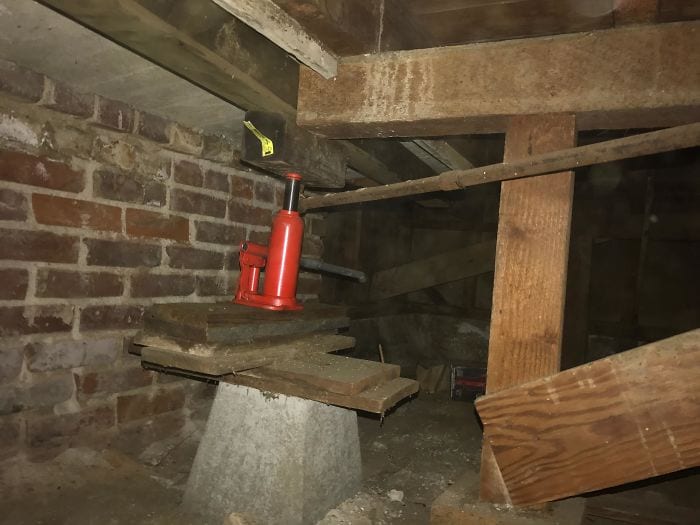 13. “And there goes the other half of your house.” 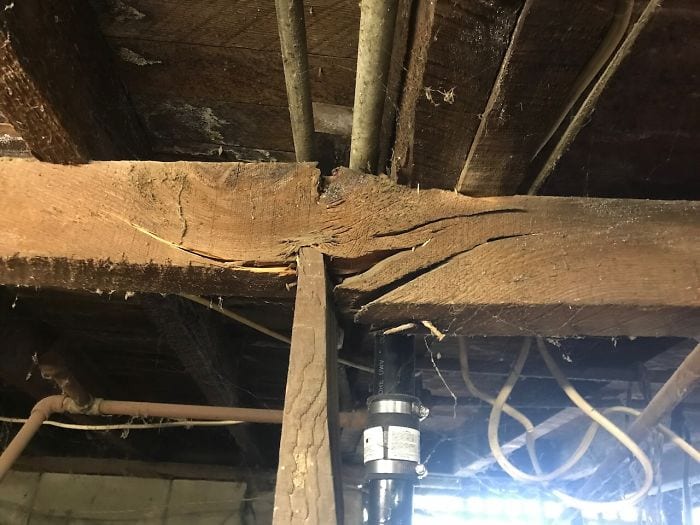 14. “During an inspection, one of our assessors found this beauty.

A wall created entirely out of concrete filled washing machines.” 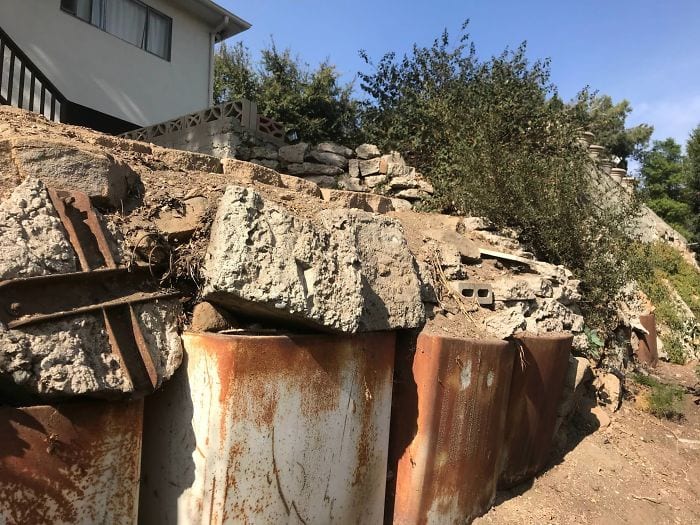 15. “And they were wondering why their floors were sagging.” 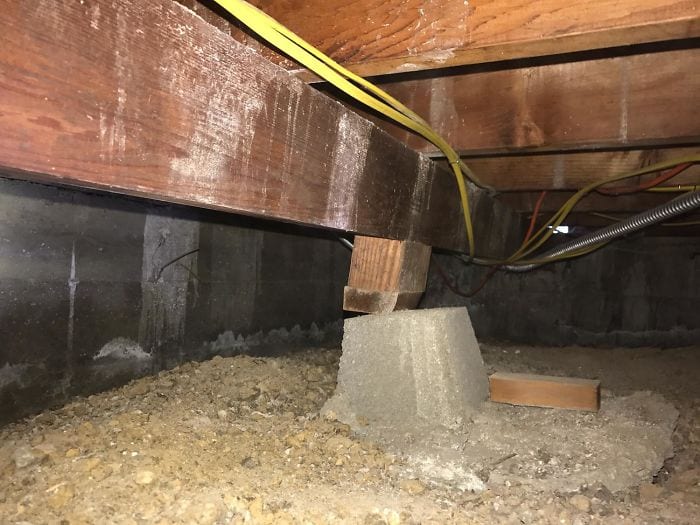 16. “Now, I forgot the term for these, but basically it’s a massive hole/well that was about a meter under the concrete footing.

The owner had no idea this was here.

Must have been there for decades.” 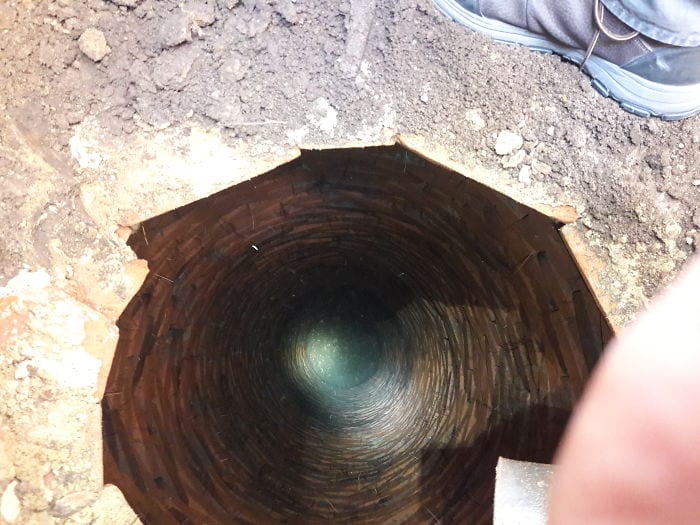 17. “This was taken during one of our structural inspections in North Hollywood.

It’s gonna take a little more than duct tape to fix this one.” 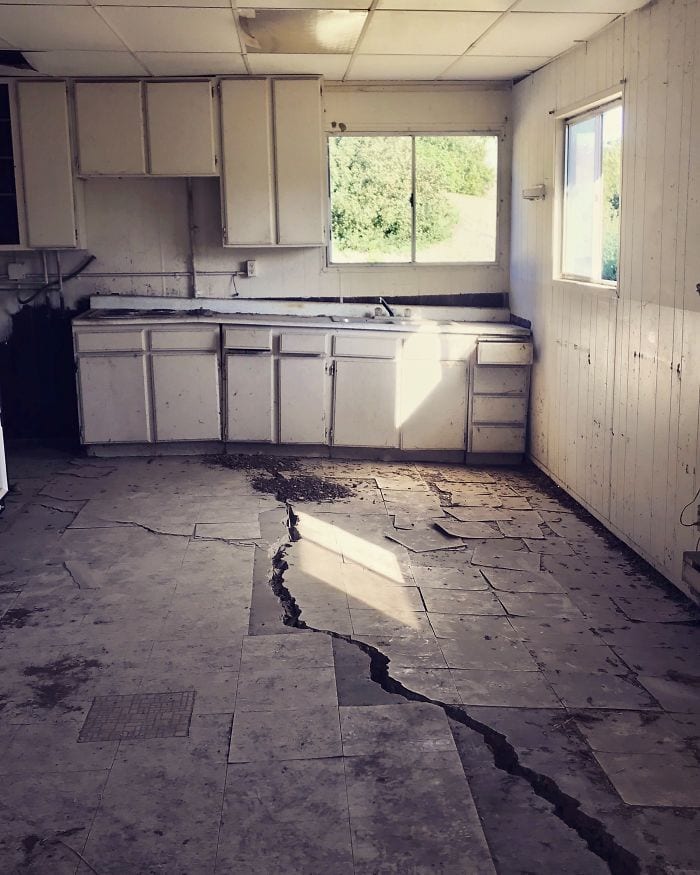 18. “YES, this is a real skull & YES it was called in to the police and YES it was confirmed by a detective coroner.

While doing a real estate inspection in the valley, one of our assessors came across the above skull. It was said to be found in Peru by the previous owners.

Apparently, they brought it back in their luggage when returning from their vacation in Peru. Why they would do this is beyond me. This was later confirmed by the sellers of the property that it was in fact brought back over to the states from Peru.

The skull, which was studied by the coroner, was roughly 1,000 years old. This is by far one of the craziest things we’ve seen doing foundation inspections in Los Angeles.” 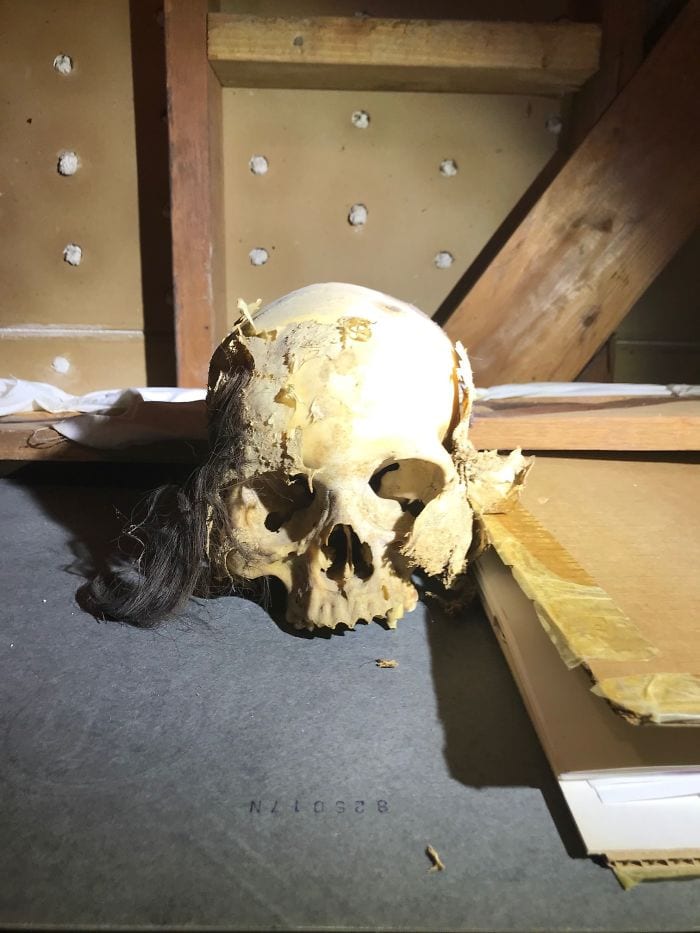 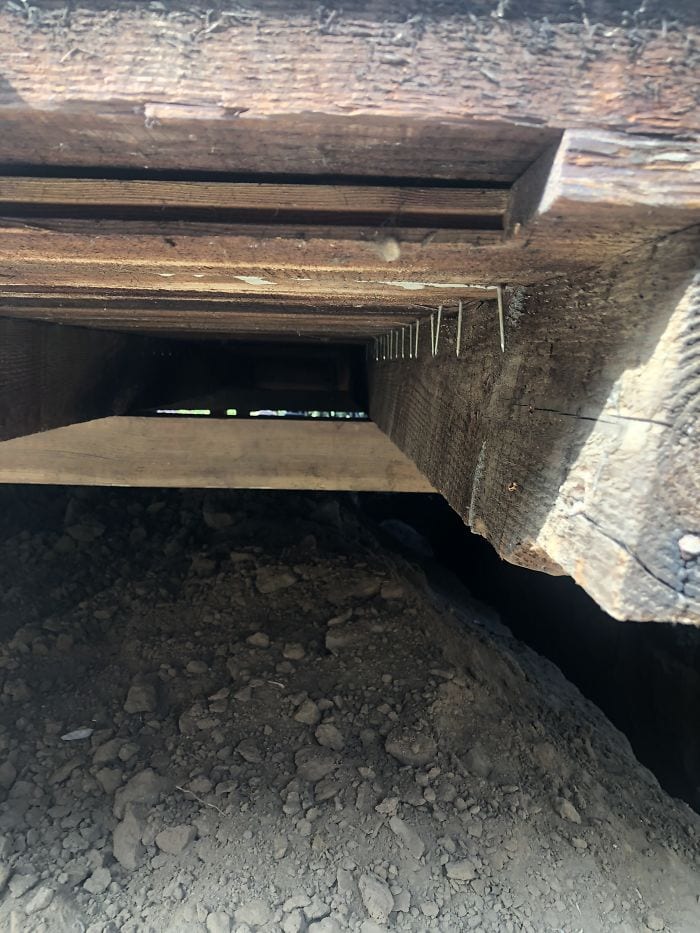 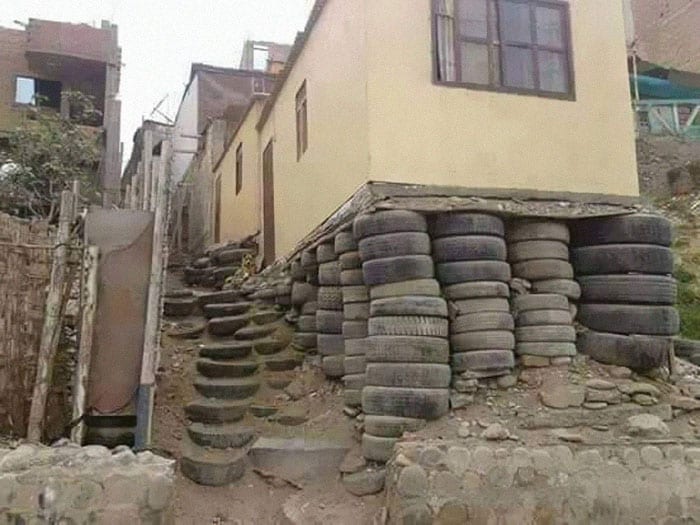 Do you want to live in any of those structures?

No, I didn’t think so. But which one of these TRULY terrified you?