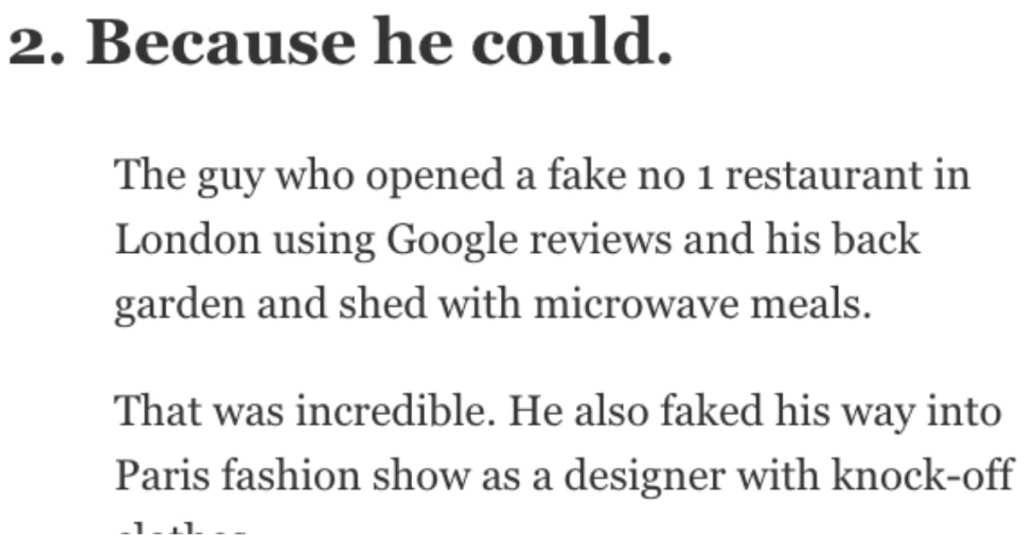 21 People Muse on Who Might Be History’s Biggest Troll

There are so many things I love about studying history, but one of the best parts is always the reminder of how little human beings have really changed over the past two-thousand years.

Sure, our world has changed a lot, but the people in it? At our cores, we’re very much the same.

Which is why it’s easy to see how these 21 historical folks were the huge, jerkface trolls of their day.

Didn’t George R R Martin once say that in the future he would love to get people so immersed in a fantasy world novel and never finish it.

April fools day 1974 when a man burned 70 rubber tires on a dormant volcano in Alaska!

This has to be up there.

He waited 3 years to get a helicopter to fly the tires to the top to get a picture perfect condition.

He even got the coast guard called out too

Stephen Hawking was in an interview, when a cord was unplugged, and alarm went off (this was before he was completely immobile), and he slumped in his chair.

The people interviewing him were scared out of their minds, until they realized that he was alright, and chuckling at his joke.

The cord and alarm were for a computer.

Mozart didn’t like this singer so much that he wrote a piece for her with high and low notes constantly because he noticed that when she hit low notes her chin went to her chest and when she hit high notes her head would fling back.

He wanted people to come and live in his new found ice covered land so he named it Greenland.

There was a Prussian (I can’t remember his name) who managed to make a officer uniform out of scraps of clothing. He used it to convince a few guards on patrol to follow him into a government building, ordered the arrest of the man in charge, confiscated all the money personally, sent the arrested man to Berlin calming it was all on order of the King.

He then ditch the uniformed, got on a train to Berlin him and managed to beat the guards there. He than sat back and watched the absolute confusion happen.

The guy was eventually arrested but the public turned him into a celebrity and his actions into a play that was performed all over Germany. He wasn’t incarcerated for long and after his release he lived an easy life from there on.

15. Just because he was bored?

I forget the name but that one guy from the 1800s who bought specific tickets to a play and then gave them away to bald men on the street.

Reason? So that when everyone took their seats and the bald men’s heads reflected the light from the stage, they spelled out ‘F*CK’ as seen from the stage.

In the 30s-40s BBC did an April fools broadcast where they told people how spaghetti was made… on trees.

They literally showed fake spaghetti trees and since not many people in that time knew how spaghetti was made, lots of people believed it.

Marcel Duchamp who, among other fun things, submitted a urinal as an art piece to the Society of Independent artists under a pseudonym, and then was part of the board that was set to approve pieces.

He also spread rumors of another piece he was working on so people wouldn’t suspect anything.

Love that dude. Plus he sparked an interesting discussion in art.

The old-timey NYC newspaper the Sun imo. In the 19th Century, they published some articles about the presence of life on the moon like unicorns, winged humans, and other creatures who built temples and lived peacefully.

This caused a massive moon craze until it was later outed as fake.

He became notorious for his philosophical stunts, such as carrying a lamp during the day, claiming to be looking for an honest man.

He criticized Plato, disputed his interpretation of Socrates, and sabotaged his lectures, sometimes distracting listeners by bringing food and eating during the discussions.

Diogenes was also noted for having mocked Alexander the Great, both in public and to his face when he visited Corinth in 336 BC.

Technically this isn’t a troll since it was serving a purpose, but Admiral Nelson was escaping a French fleet when a man fell overboard.

It was Nelson’s policy of never leaving anyone behind so he turned his ship around to go pick him up.

he French saw his ship turn back toward them, assumed he had reinforcements coming beyond the horizon, so they turned and ran.

This Chinese general whose city was besieged by a much larger army, so he opened the main gate and sat atop it playing his flute.

The enemy thought it was a trap so they packed their stuff and left.

I was thinking more like the mortician who patented the automatic telephone switch 3 years after finding out his rivals wife worked as a telephone operator and would reroute calls asking for his funeral parlor to her husbands.

The guy put a whole worldwide workforce out of work for one persons actions.

Gregor MacGregor. He was a Scotsman who claimed to own land in the New World. He got fake maps printed, fake pictures drawn, then published it all in a big convincing book.

He then got over 200 people to emigrate to this paradise and, get this, dropped them in the Central American jungle. Many died.

Some returned and blamed the expedition guide for directing them to the wrong location, still believing Gregor’s story.

Theodore Hook – the perpetrator of the Berners Street hoax in London in 1810.

In which Cook sent thousands of letters summoning all manners of various vendors and service people and physicians and dignitaries and others to all come to one random person’s home, literally shutting down a large part of London as they all descended upon the same address throughout the day.

This all while Cook and a friend sat watching from a house across the street, presumably laughing their a**es off the whole time.

5. He was doomed either way.

Gilles Corey. A farmer caught up in the Salem witch trials, he was sentenced to “pressing” (being slowly crushed by stones) to force him to make a plea.

Every time he was questioned, he simply said “More weight”.

He died without making a plea.

In China there was the war of the three kingdoms. The Wei, Shu, and Wu.

Two of their armies met in battle and the smaller was out of arrows. They were separated by a river. One night, the leader of the smaller army stocked the front of their boats/rafts with straw bales and moved toward the opposing army over the river. They were immediately hailed with arrows.

The men ducked behind the straw while the arrows stuck in the straw, undamaged. They then sailed away and yelled.

The dude who somehow got a network news program to say that a plane that crashed was piloted by 4 men with the names:

The guy who opened a fake no 1 restaurant in London using Google reviews and his back garden and shed with microwave meals.

That was incredible. He also faked his way into Paris fashion show as a designer with knock-off clothes.

Then whenever people around the world want to interview him about these things, he sends lookalikes instead. It must be quite exhausting knowing him!

None of the submarines actually worked.

I could do this all day, y’all.

Please give me some more examples in the comments!