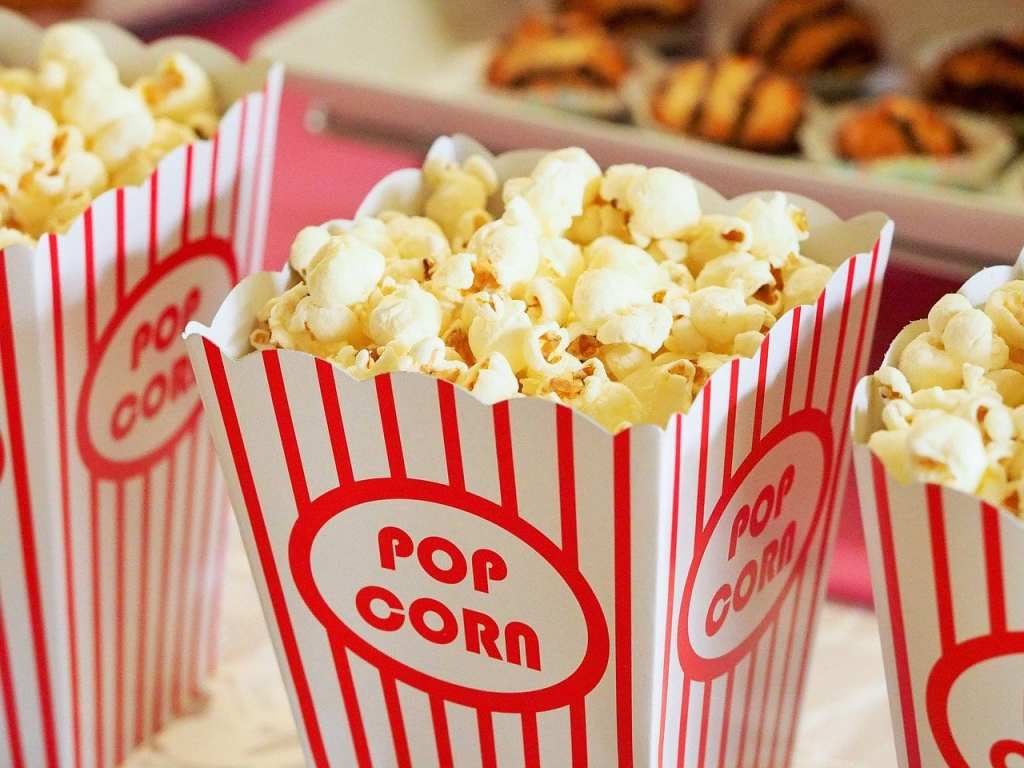 It seems like every movie these days is a reboot. Surely there are some more creative ways of rehashing the same beloved characters and stories multiple times.

On AskReddit, one user came up with a great idea: remake movies from a different character’s point of view instead.

The user asked which movie others would like to see retold this way, and Redditors did not disappoint.

I want to see it from Consumer Recreation Services point of view. I want to see how they manage all the actors and situations to make sure everything goes the way they want it.”

Dude is doing everything he can to prevent a bunch of smelly rebels trying to ruin his battery factory.”

“Groundhog Day: A Day in the Life of Ned Ryerson.”

“Except we don’t see the repeat.

We only see the Ned Ryerson from the timeline in which Phil hugs him and makes him uncomfortable and the rest of the film is Ned trying to figure out his sexuality.”

“Mean Girls told by the girl who doesn’t even go there.”

“How about Cloverfield from the view of a professional camera crew?”

6. Princess and the Frog.

We got Maleficent out of Sleeping Beauty, so where the FUCK is Dr Facilier’s backstory? He had a debt with literal demons and nobody seems to give a shit.”

I imagine it would just be skeleton hands setting up deadly rude goldberg machine with some classical music in the back.”

“I would think “Aliens” from Newt’s perspective would be pretty substantial.

How a girl survived all that and the loss of her family alone on a foreign planet.”

“Robin Hood from the Sheriff of Nottingham’s perspective.

It’d be great to watch a movie about a medieval cop trying to catch a highway man.”

Could be really good focusing on his training then getting sent to Vietnam and being in charge of an idiot. Then the struggles of a soldier returning from war and the way the VA treated him. Just for him to reunite with the idiot soldier who saved his life.”

“Not a movie but I would definitely watch Breaking Bad but from the perspective of Gus Fring.

That dude has a crazy story to tell.”

I just think it would be interesting to watch his journey and his story.

Although, maybe not all that interest as it seems like he took a 30 year break to do whatever.”

“Similar to how Disney retold the story of Maleficent.

It would be cool to see multiple villain remakes and why they became villains in the first place, starting with Ursala from The Little Mermaid.”

“I would love to see Azula’s story. The series did a good job with her character, but expanding on it would be great.

That or give us a story of Iroh’s life. Let us see him go from generic fire nation prince to the wise, tea loving, pai sho player who guided his nephew.”

“500 days of Summer would be really interesting to see Summer’s perspective on everything.”

A college theatre group did a very R-rated version that is absolutely hilarious, which can be found on YouTube under “Twisted: The Story of a Grand Vizier”.

What I would really enjoy is a late 80s/early 90s hand-animated Aladdin where Jafar is the defender of the Sultan’s realm against some nefarious interloper who is bent on stealing the princess’ heart and worming his way into the royal family. AND he has a genie.”

Show what really happened before the Mufasa era and see how Mufasa cheated Scar out of the throne.”

“I want to see a super hero movie from the perspective of an insurance adjuster.

t could be a comedy, but just like everyday he wakes up and he’s enjoying his morning coffee and a bowl of oatmeal, then he flips open the morning paper and sees Iron Man went full Michael Bay again or The Avengers were back in town.”

“An alien invasion movie told strictly from the aliens’ perspective, complete with their confusion about why the humans are responding the way they are.

It would make sense to us but would take the narrative form of a mystery for them. It could be a clever way to illustrate cultural misunderstanding.

An example could be “let’s show them we are friendly by revealing all our weapons, to demonstrate we aren’t hiding anything,” which the humans would take as a threat.”

“Air Bud, but told from the POV of the kid who was pulled out of a basketball game to be replaced by a dog.”

“Shawshank Redemption told from the warden’s point of view. Idk that may be to dark of a story.”

22. Charlie and the Chocolate Factory.

“Charlie and the Chocolate Factory from Willy Wonka’s point of view. I want to hear his wicked thoughts.”

“Or from the Oompa Loompas’ POV. They probably have some serious shit going on behind the scenes.”

“The Sandlot From the perspective of James Earl Jones. How he grew up in the pre-Depression, pre-civil rights era (assuming he was born in 1890-1900s). How he fell in love with baseball, went blind, what his life was like? And more details on how The Beast came into his life and why rumors ran rampant about the pup.”

“Ferris Bueller’s Day Off told from Cameron point of view is something I always wanted to see. Glad I found a thread that I could say this in!”

“The Blues Brothers, from the perspective of Twiggy. Just how bad was that “prior engagement” that hooking up with a gas station rando sounded like a good idea?”

“The Wizard of Oz but from the perspective of the Wicked Witch of the West.

It could even be a musical with a score by Stephen Schwartz. That would make an awesome movie. Someone in Hollywood should really get on that.”

Interesting! There are some actually great ideas in here.

What do you think? Anything you want to see remade?