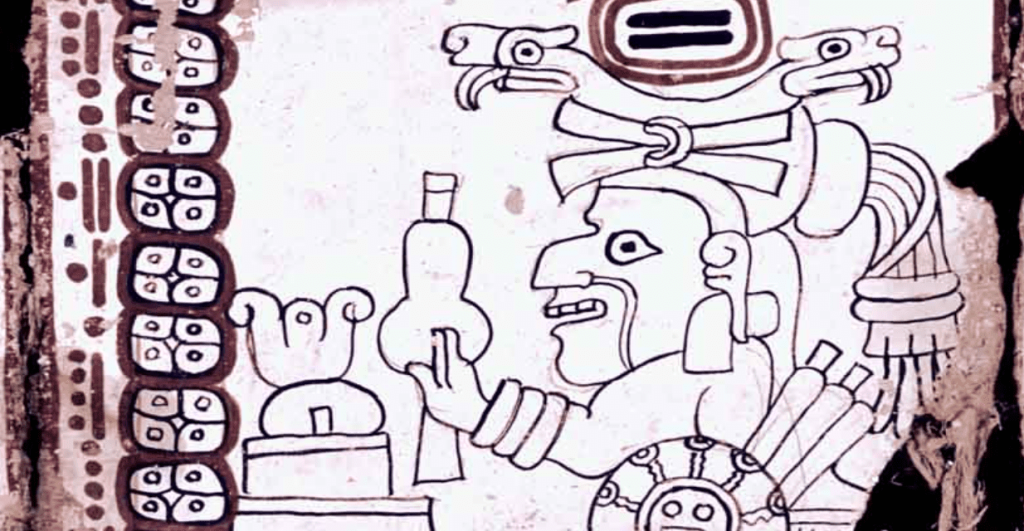 Despite the fact that we are not very far removed from their heyday, we know very little about Maya civilization.

And it’s not because the Maya weren’t into recording their history.

The Maya were prolific writers and actually evolved from using scrolls to a form of folded paper called the codex right around the same time as the Romans, though each appears to be independent of the other.

The Romans had papyrus, and the Maya had what they called “huun,” made from the inner layer of the bark of certain trees.

Before that, the Maya were making fabric for tunics out of the bark, and the process evolved to paper after more and more people started using the tunics as makeshift scrolls.

Maya glyphs and the records of the Spanish conquistadors themselves attest to thousands of these codices existing by the time the two cultures met in the 16th century. But, due to their being destroyed by priests, conquistadors, ship raiders, and even time and mold, only about 22 codices, of which only four have Maya origin, exist today.

None of them are complete, and none have their original covers. 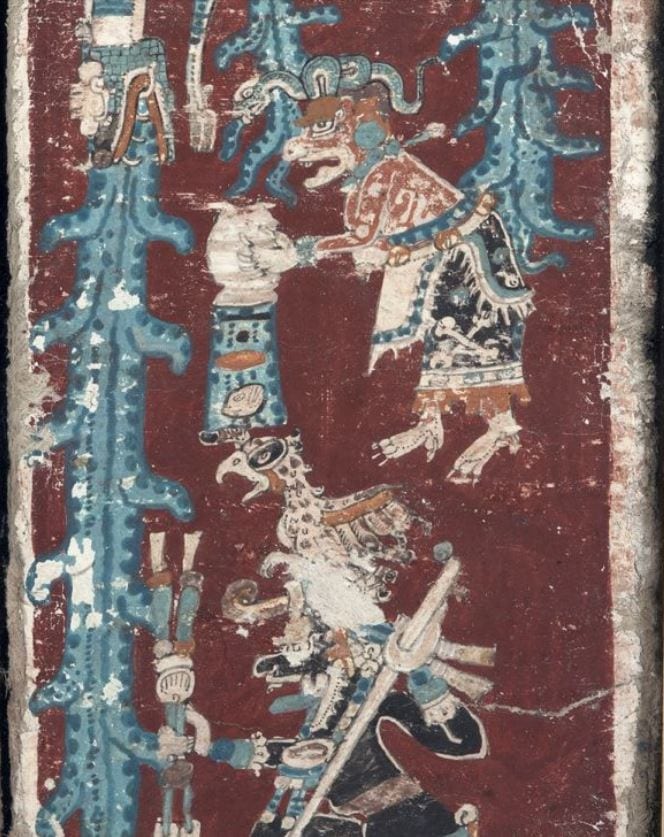 It’s perhaps the most elaborate of all the codices: 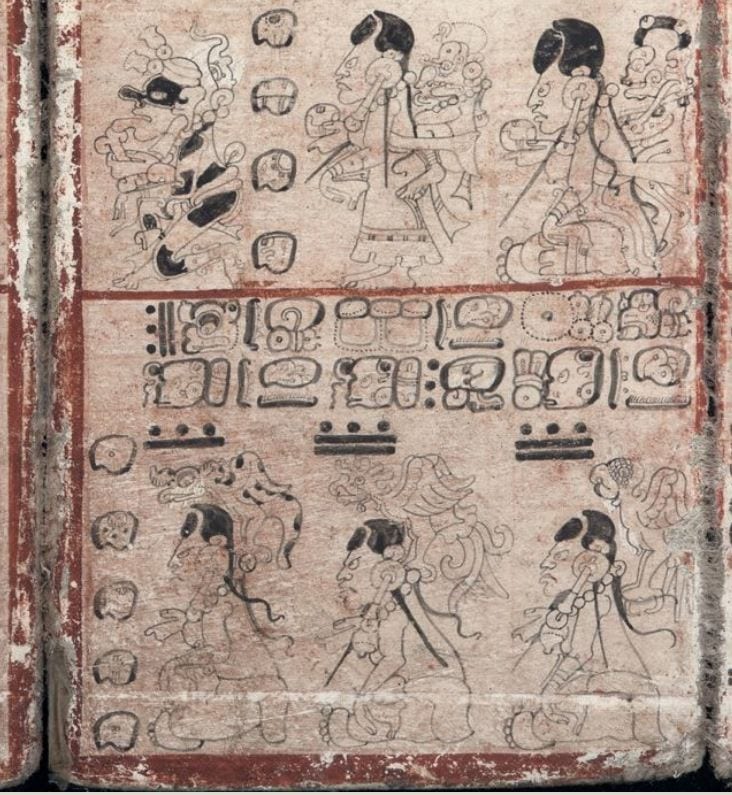 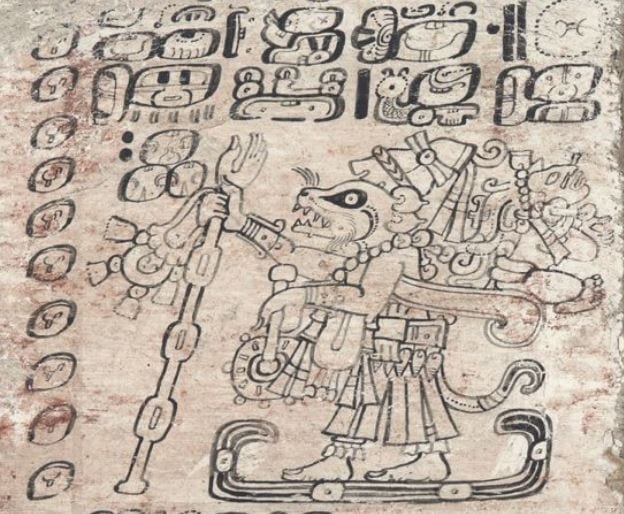 The Madrid Codex is almost double the size of the Dresden Codex, at over 22 feet long: 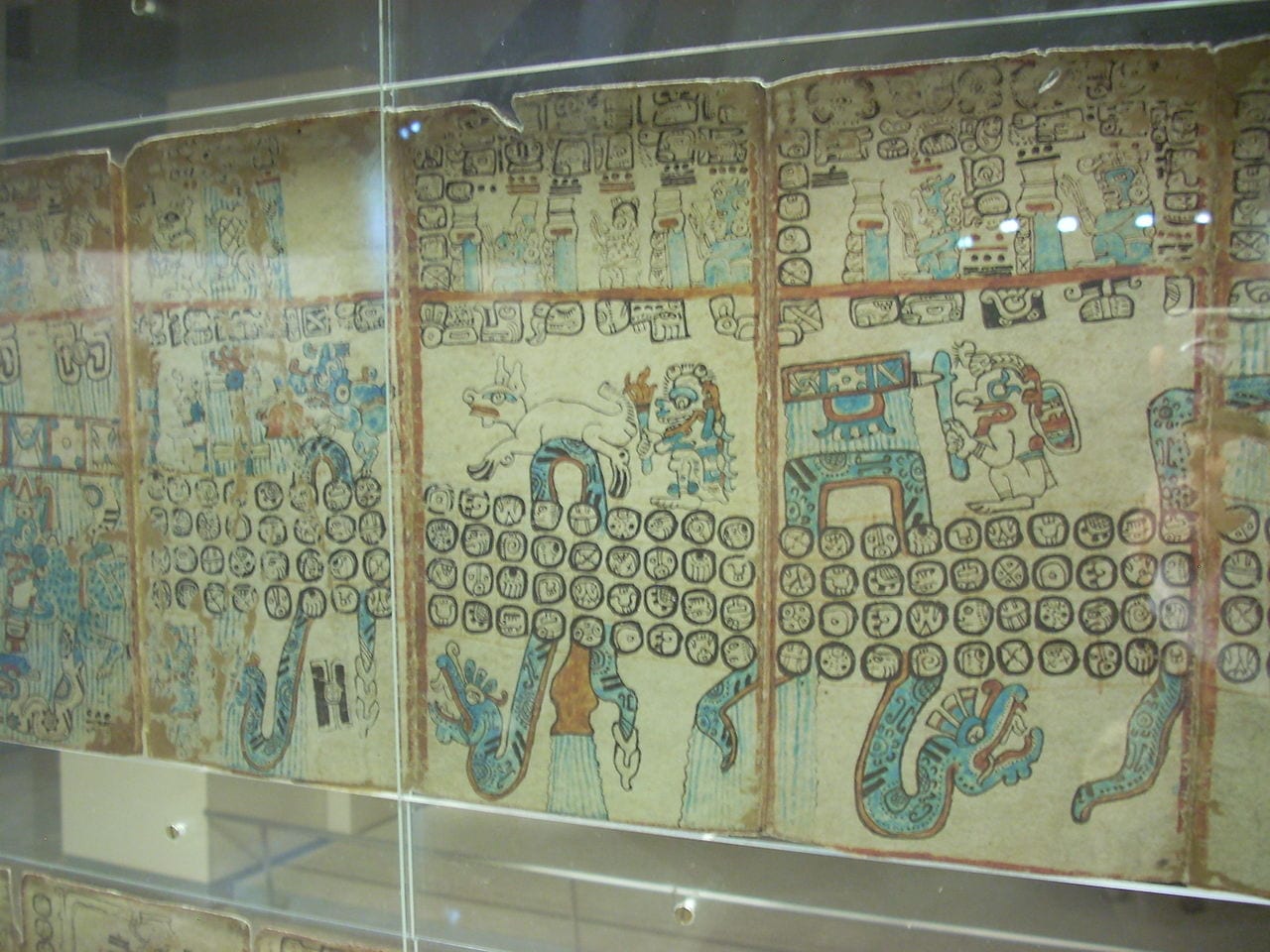 The Madrid Codex’s 112 pages were split into two volumes which were found in different places. 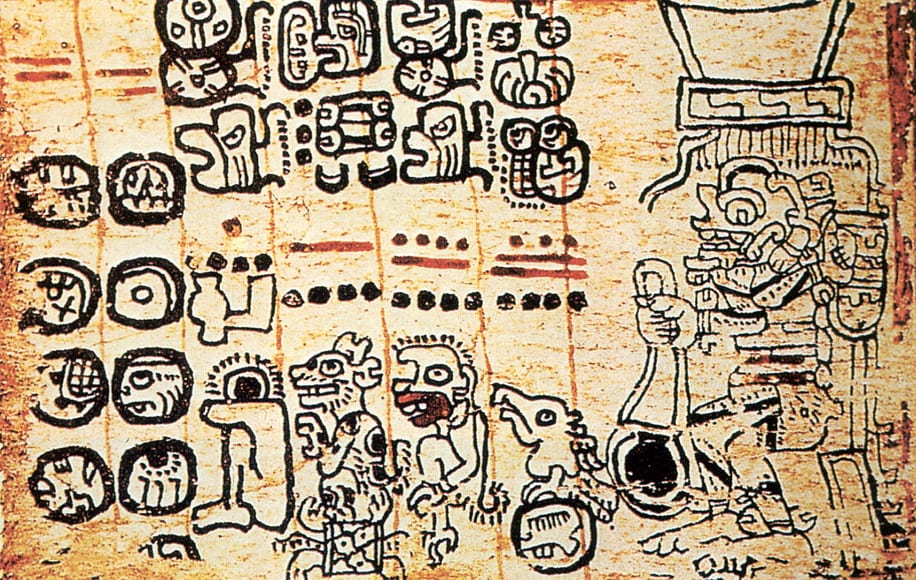 At just under five feet and 22 pages, one might be lured into thinking that the Paris Codex doesn’t contain much of note: 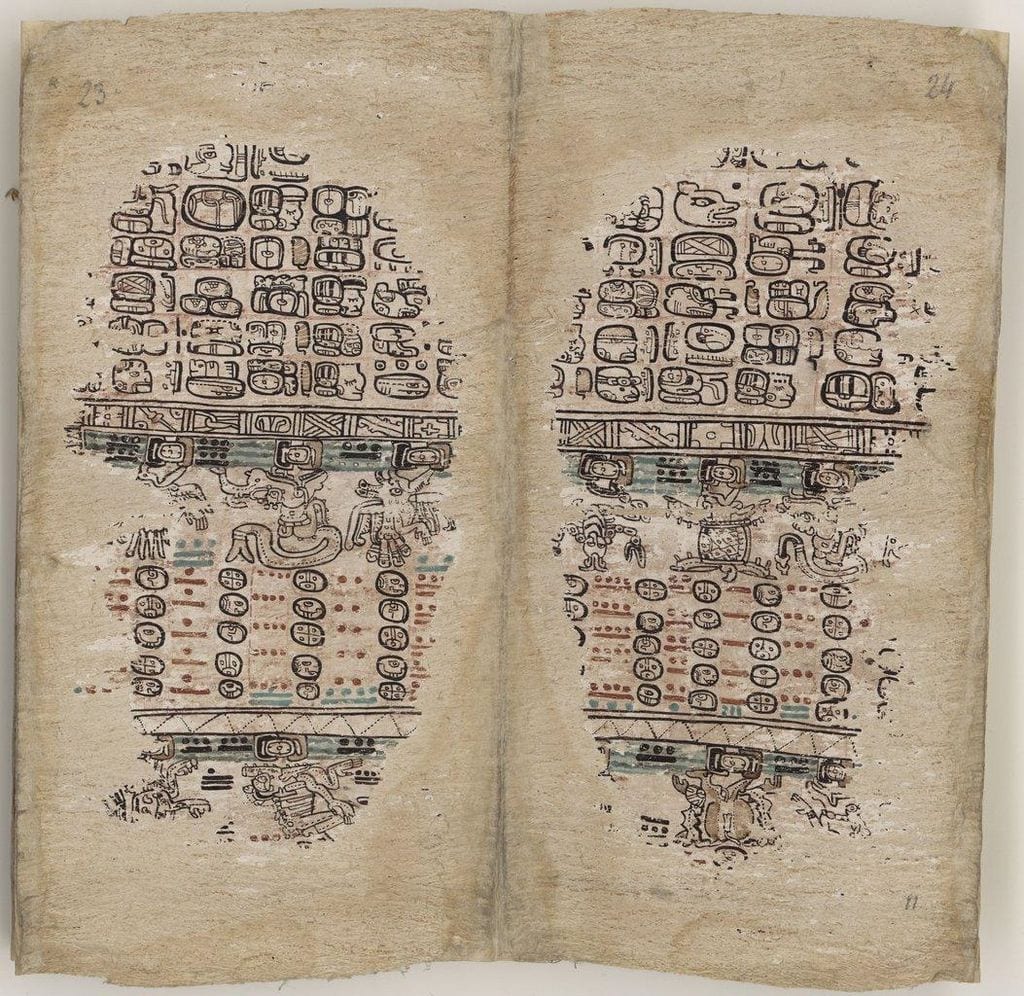 Especially given the condition…

But within these few pages are prophecies related to the Maya calendar as well as a version of the Maya zodiac.

And finally, there’s the Grolier or Sáenz Codex: 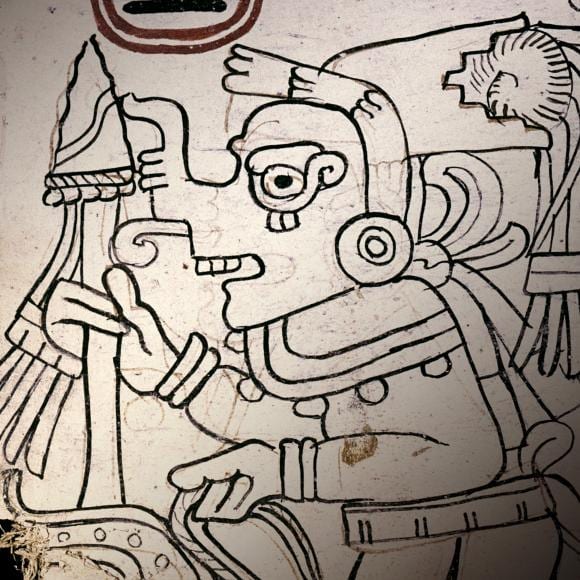 It was unearthed less than 50 years ago and wasn’t fully authenticated until 2016: 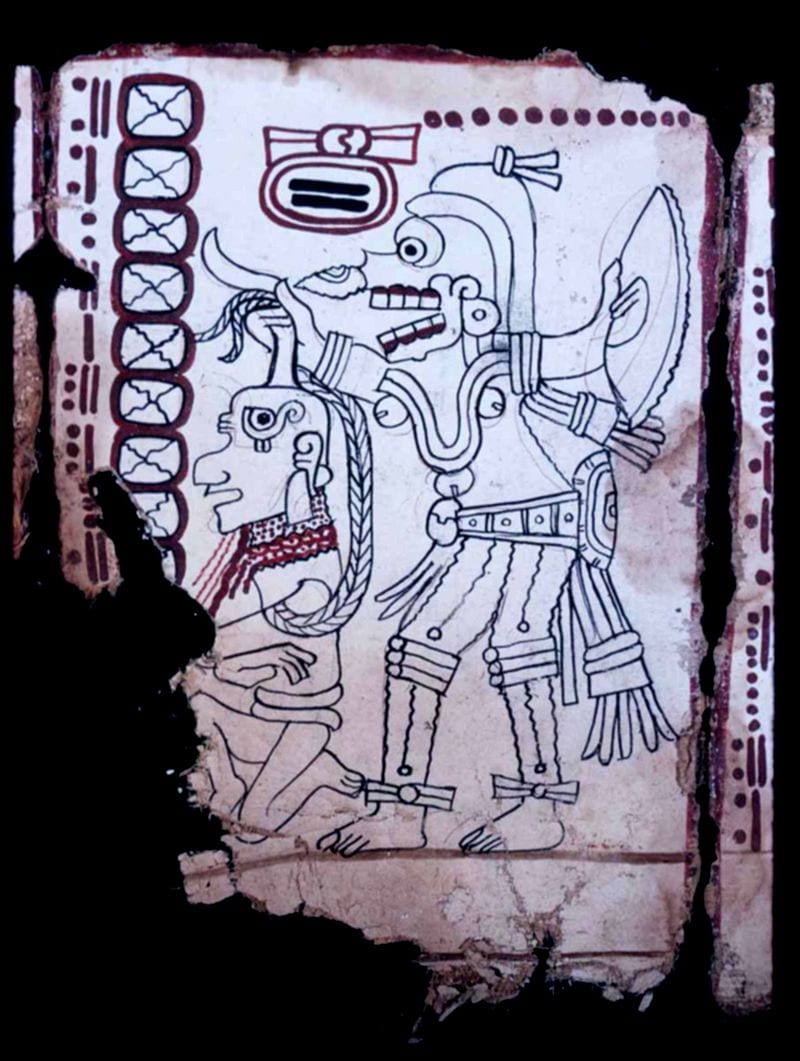 Turns out this is the oldest of the remaining codices, dating back to the 13th century: 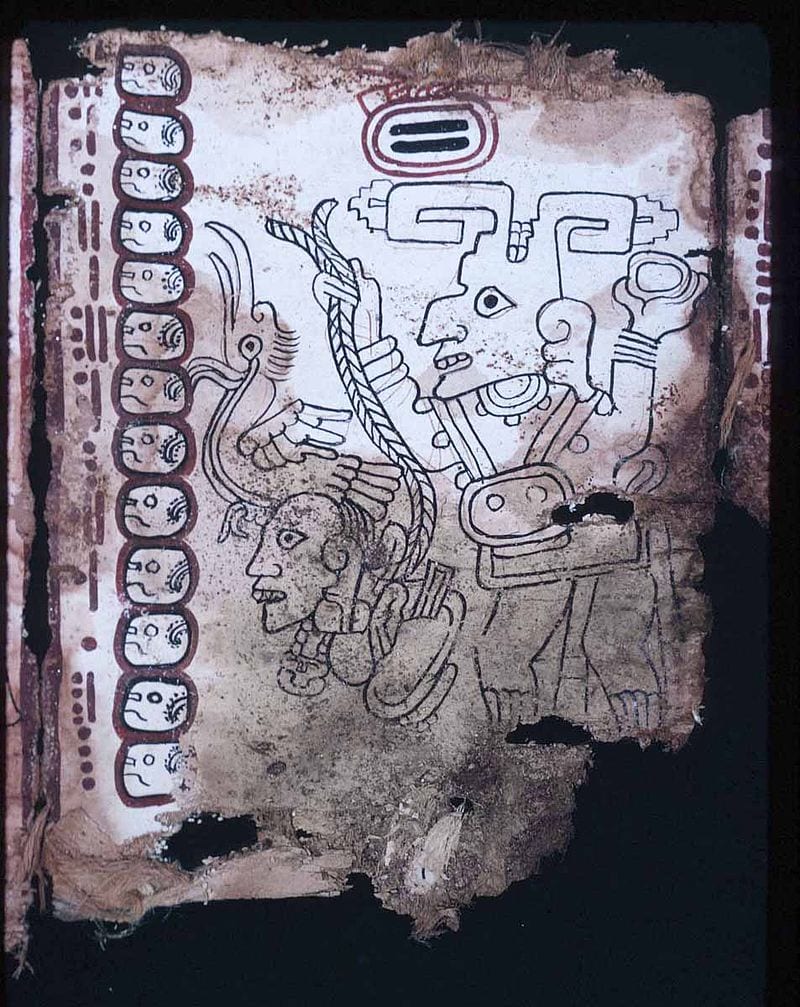 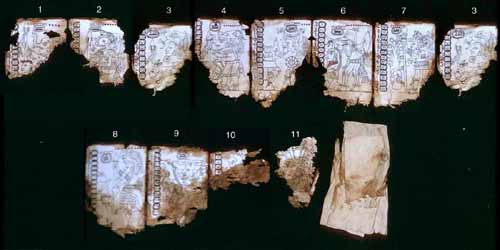 Other than what is written in their glyphs and what we can glean from their art and architecture, that’s just about all that remained of the Maya by the time of the last known purposeful destruction of the codices in 1697.

And you might have noticed that the oldest one only goes back to 200-300 years before the Spanish conquest.

We know that the codices went back at least 800 years prior to that, so we’re essentially looking at the tip of a fingernail and trying to guess what the hand looked like.

We’ve got a whole book full of them:

Hundreds of your favorite facts, such as:

Buy it now on Amazon: Paperback or Kindle

While you’re waiting on your delivery, why not check these articles out?: