7 of the Most Expensive Typos in the World

Sometimes, typos are just annoying things that need to be fixed. Other times they can cause us a whole lot of embarrassment.

You might not realize, though, that in some cases, a simple mistake can also cost companies a whole lot of cash – and these 7 really take the cake.

7. A family out of business.

Taylor & Sons, a family engineering business, had been in business for 124 years when the British government’s registrar of companies reported they were going out of business.

They weren’t – Taylor and Son (no s) were – but even though the typo was corrected within 3 days, the damage to their reputation was irreparable and they went out of business for real just 2 months later.

They sued the government, and won $17 million.

6. An overvaluation that won’t stop.

In 2019, a staff member in Wasatch County, Utah, dropped a phone on a computer keyboard and accidentally valued a house for hundreds of millions dollars more than it was worth: 987 million dollars instead of 302,000 dollars. The typo caused an overvaluation of $6 million for the county as a whole, and led to revenue shortfalls in five county taxing entities.

Taxpayers are on the hook for the $543 million dollar difference until 2023.

5. That’s some return on investment.

?BEER FACTS?- Samuel Allsopp brewed a batch of Allsopp’s Arctic Ale in 1852, 1857 and 1875 specifically for arctic expeditions. The beer didn’t freeze easily when the temperature averaged -55. Who needs a fire when you have an 11% abv? The idea was to create a “life sustaining ale” (aren’t they all?) Come the 20th century, a much weaker version of the ale was available commercially. Many got to try the 1875 batch when a couple dozen bottles were discovered during research at Allsopp’s disused brewery. In 2007, an 1852 bottle was sold on ebay for $304 due to a typo- the buyer then reposted and sold that bottle for $503,300 . . . HALF OFF ALL BOTTLE AND DRAFT BEER ALL DAY LONG! . . . #themoreyouknow #craftnotcrap #allsoppsarcticale #didyouknow #craftondraft #beerbeerbeer

A bottle of rare booze, Allsopp’s Arctic Ale (brewed in 1852 and preserved) would fetch around $500,00 at auction, but one eBay user found out the hard way that you have to spell it right – he listed his bottle as Allsop’s in 2007 and only got about $300. 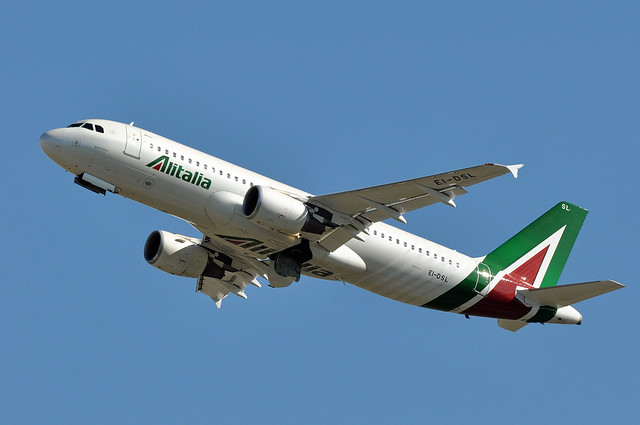 In 2006, Alitalia Airlines accidentally offered flights from Toronto to Cyprus for just $39 (it was supposed to be $3900). They sold 2000 tickets before they corrected the error, but they honored the mistaken price – and lost $7 million in the process.

2. Somebody totally got fired.

In 2005, the Roswell Honda car dealership mailed 30,000 scratch-off tickets to potential customers. One of them was supposed to contain a $1k grand prize, but someone screwed up and every single ticket was a winner.

In 1872, the U.S. government passed a 20% tariff on foreign imports, but exempted “fruit, plants tropical and semi-tropical for the purpose of cultivation.”

It was supposed to be just fruit plants, not fruit and plants, but it was passed into law incorrectly, so the government lost about $2 million in tax revenue (almost $40 million by today’s standards).

I’m glad none of these were my fault.

Have you ever made a truly terrible typo? Tell us about it in the comments!