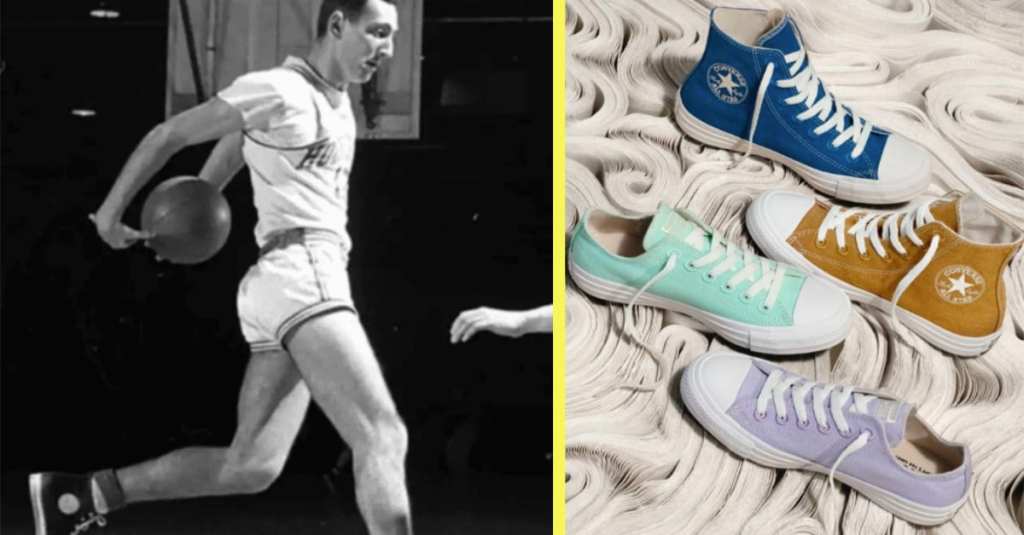 Here’s the most awesome thing about Converse Chucks: they truly cross generations, as everyone from the upper edges of GenX and down through the current generation of Z (or whatever they will be called), consider them a closet staple.

Sure, there are those Vans people, or those people who claim not to like Chucks, but we know they’re all wrong, and that’s all that matters.

So, without further ado, here are 9 facts about the company that makes your favorite shoes.

9. They were originally athletic shoes.

The All-Star debuted in 1917 and quickly became the number one shoe for basketball (invented in 1891).

By the late 1940s, Chucks were a stable in the NBA and remain the best-selling basketball shoes of all time.

8. The company was surprised when the shoes became “punk.”

To inspire personalization, we commissioned creator @shaherasam to show us how she put her own special mark on her Chucks. “I was inspired by parties. I used leftover supplies from my sister’s birthday to create this pair that represents me; bright, loud and bold.”⁠⠀ ⁠⠀ Ready to make a pair of Chucks that represent you? Check out our stories for a step by step of Shahera’s design process and show us what you create with #CreateAtHome and #WeAreAllStars.

“We always thought of ourselves as an athletic shoe company. We wanted to sell a wholesome shoe.”

As late as 2012, the company was still trying to brand Converse as basketball sneakers.

7. They own a recording studio.

Rubber Tracks, a Brooklyn-based recording studio that offers time for free, opened in 2011 – the company finally embracing its role in the music scene, as well.

6. They once made rain boots.

Did you catch the latest episode of #CreateAtHome with @notnoen? He’s giving away these personalized Chucks. Head over to his stories for more details on how you could win a pair!

Converse was originally started in 1908 as a rubber shoe company.

In 1976, Rocky wears Chucks all through his training montage.

We started with bottles, then denim – now we’re transforming waste cotton into a twisted take on our iconic Chucks. Made from about 30% to 40% manufacturing waste canvas and regrind rubber, the recycling process creates a texture unique to Renew. Born to be distinctive, the colors take their cues from the earth. This is canvas with a conscience. Available now. #ConverseRenew

Though they’ve done things like introduce slip-ons and elastic heels to some designs, the classic Chuck Taylor has endured, flaws and all. In the 1990s, the company tried introducing All-Stars that were more comfortable and had fewer design inconsistencies, but fans didn’t want it.

“They missed the imperfections in the rubber tape that lines the base of the shoe.”

3. Not all of The Ramones were fans.

Though Chuck Taylors are closely associated with punk rockers, and The Ramones in particular, Marky Ramone told Spin it wasn’t a love affair or anything.

“Dee Dee and I switched over to the Chuck Taylors because they stopped making the style of U.S. Keds and Pro-Keds that we liked. Joey never wore them.

He needed a lot of arch support and Chuck Taylors are bad for that.”

2. Chuck Taylor was a real person. 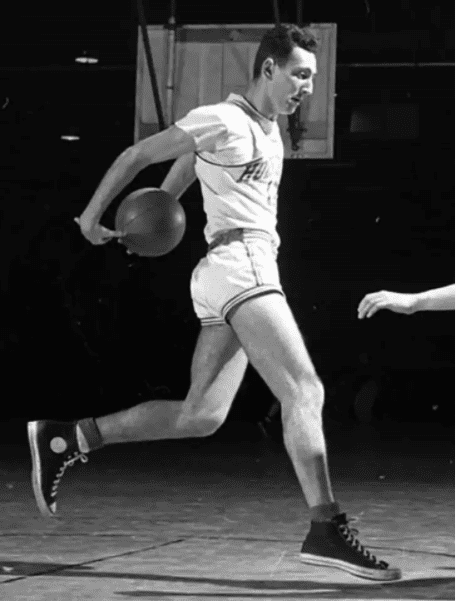 He was a Converse salesman, former basketball player, and coach who traveled the country teaching clinics and selling shoes as early as the 1920s.

1. They initially only made high tops.

The low-top sneaker wasn’t added until 1962, and it wasn’t until 1966 that you could nab colors aside from black and white.

I think it’s about time to grab a new pair, but they keep selling out of the Pride ones before I can nab them!

What’s your favorite color and style? Brag about it in the comments!