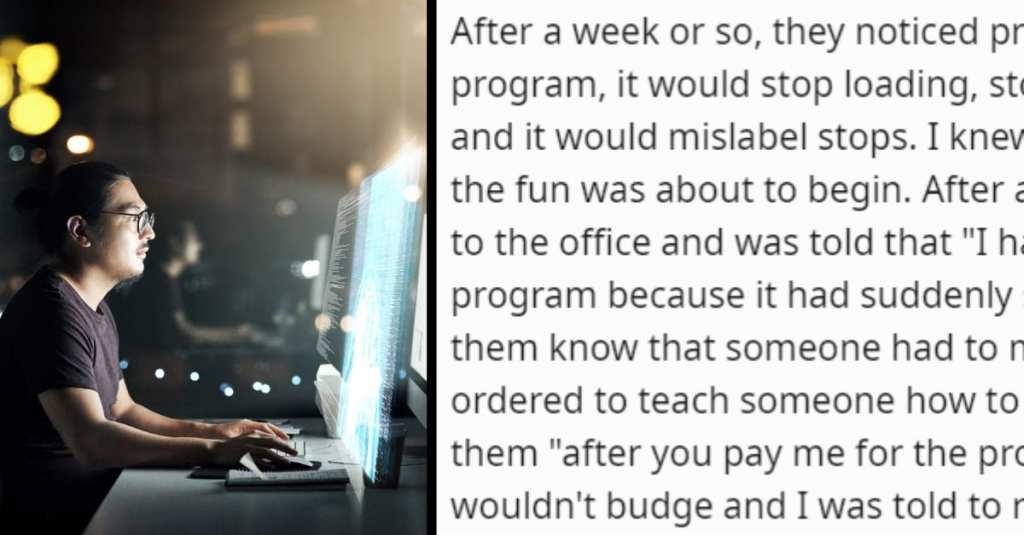 Company Wants to Keep Worker’s Invention After Firing Him, So He Gets Sweet Revenge

Some companies just don’t appreciate their staffers, even though they like what they have to offer.

Take, for example, the story of this Redditor. He designed a program to help a company he worked for to run its manufacturing more effectively. The company didn’t pay him for it but allowed him to tweak it on the factory floor and use it in real-life scenarios. 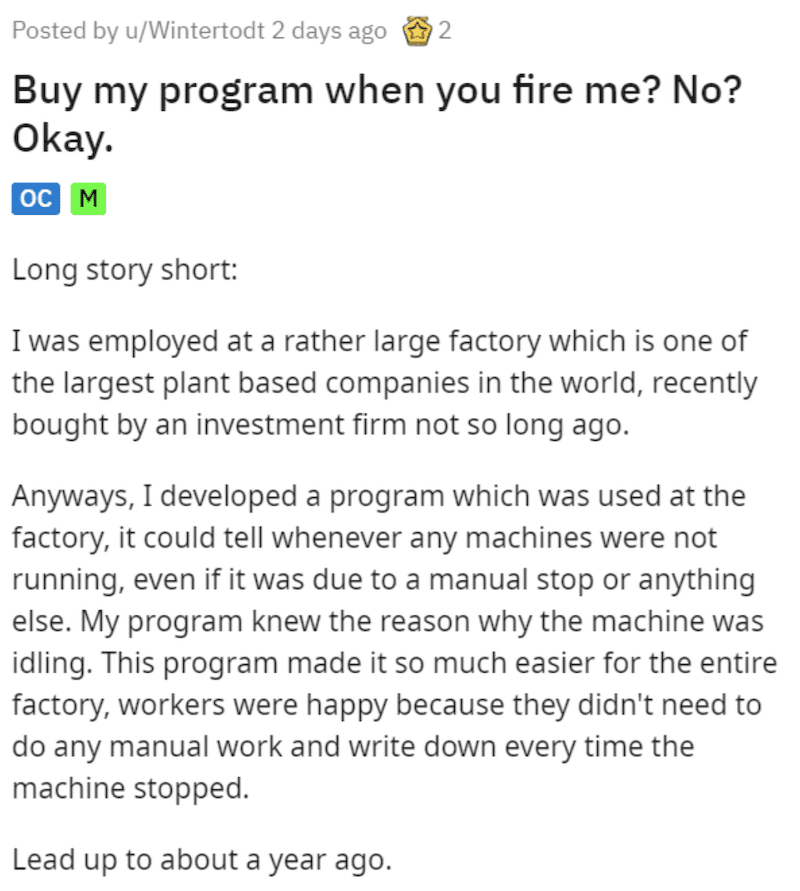 You would think that, if it worked well the person who invented it would be promoted, or the company would buy the invention outright.

Well, neither thing happened—he was let go of instead. 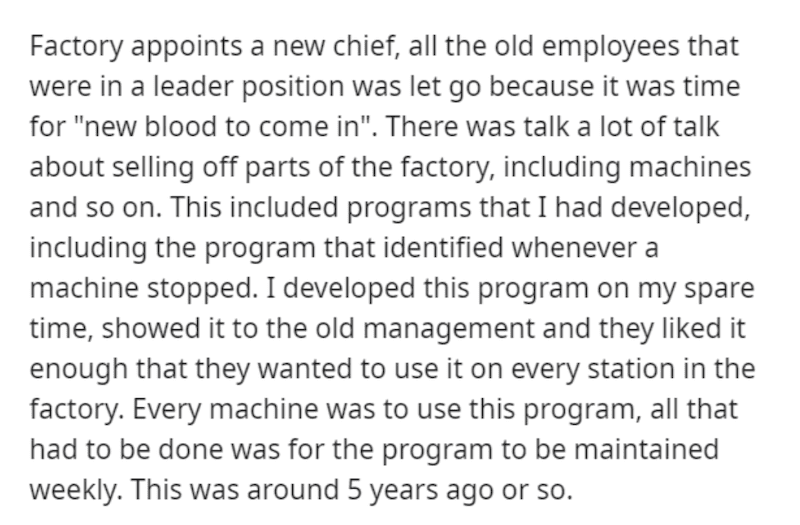 The worker was willing to sell the company the program and help them to configure the source code to meet their needs and said as much in his exit interview, but the owners had other ideas. 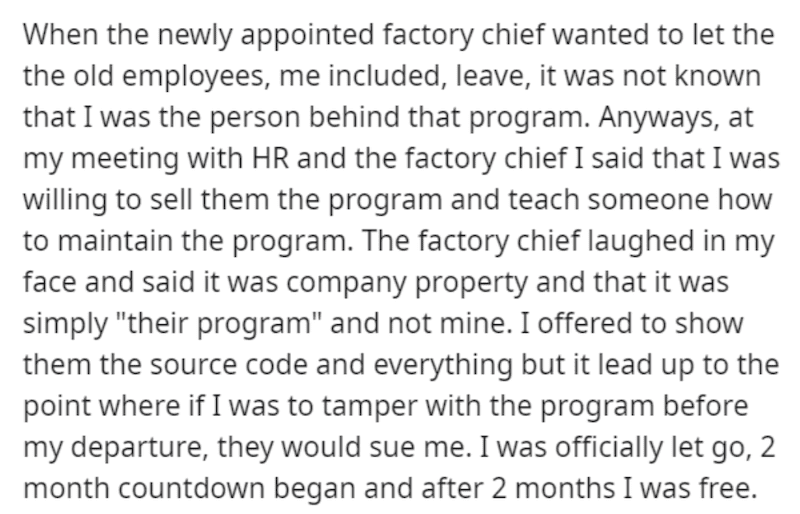 The company ended up paying for that decision dearly and asked him to come back to fix the program.

As he walked through the factory, he noticed something. 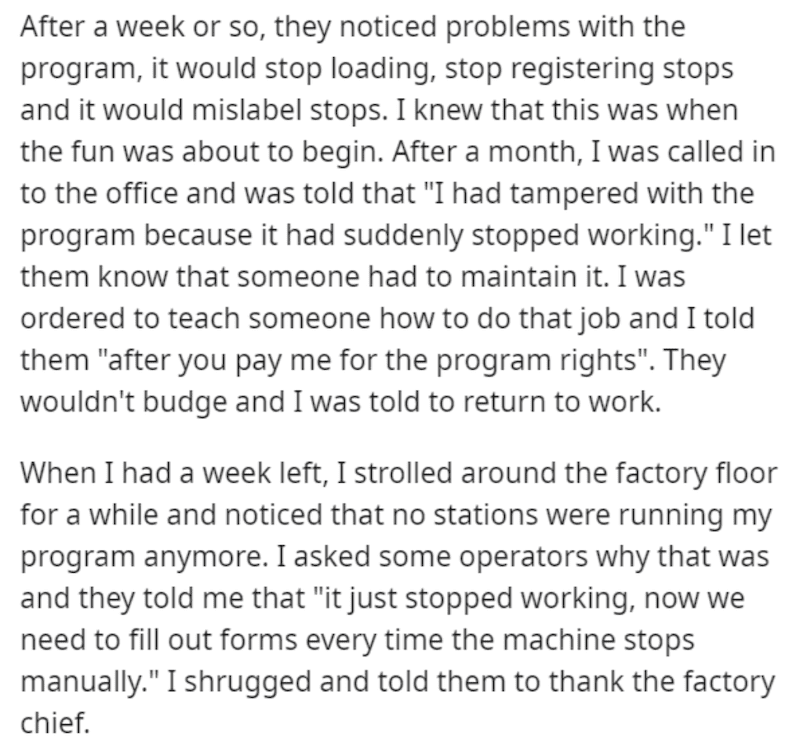 After about a month, the company was desperate to make a deal, but he had already moved on to a better job where his system is being utilized once again by people who appreciate it and him. 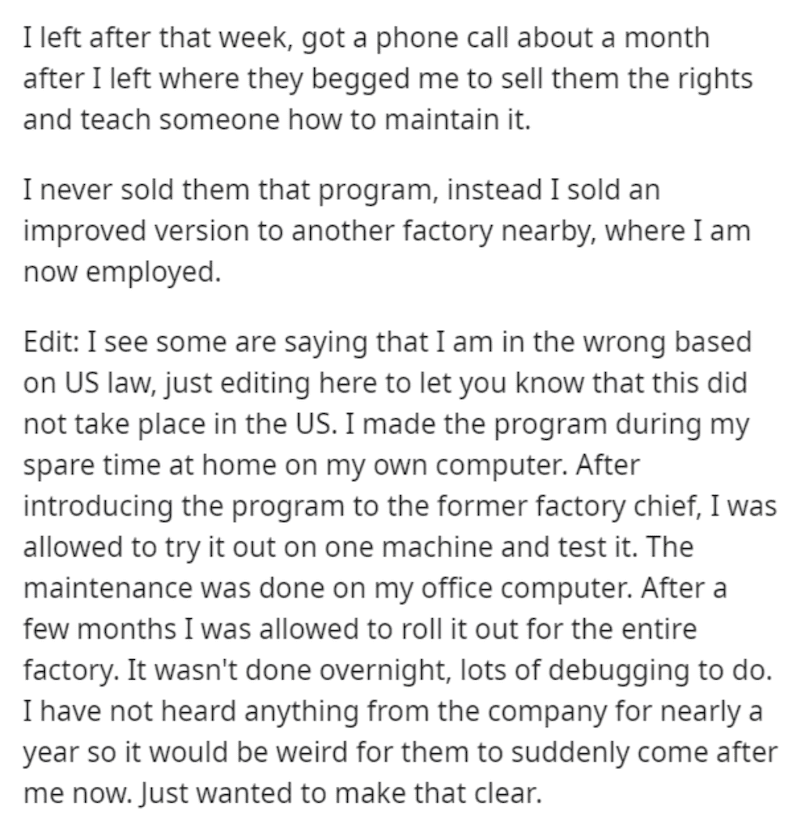 This is another lesson in karma—how you treat someone who’s working for you can make all the difference in the world when that relationship is over.

Readers shared their own experiences. 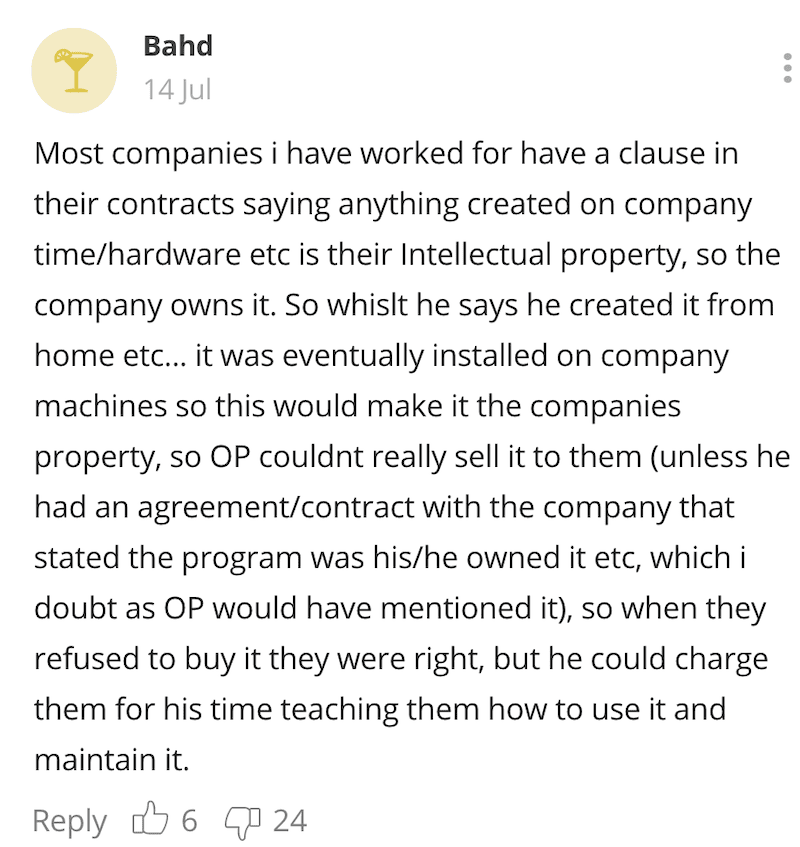 And contracts can be a very pesky thing for employees… 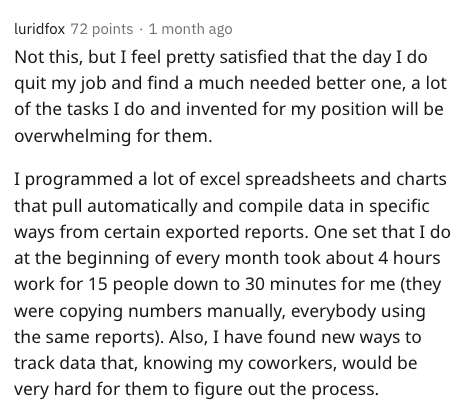 And this got people thinking… 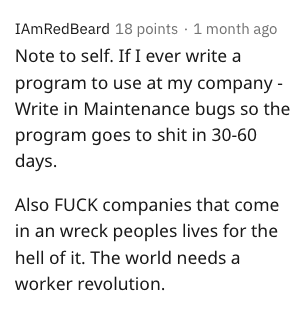 Others appreciated the karmic retribution. 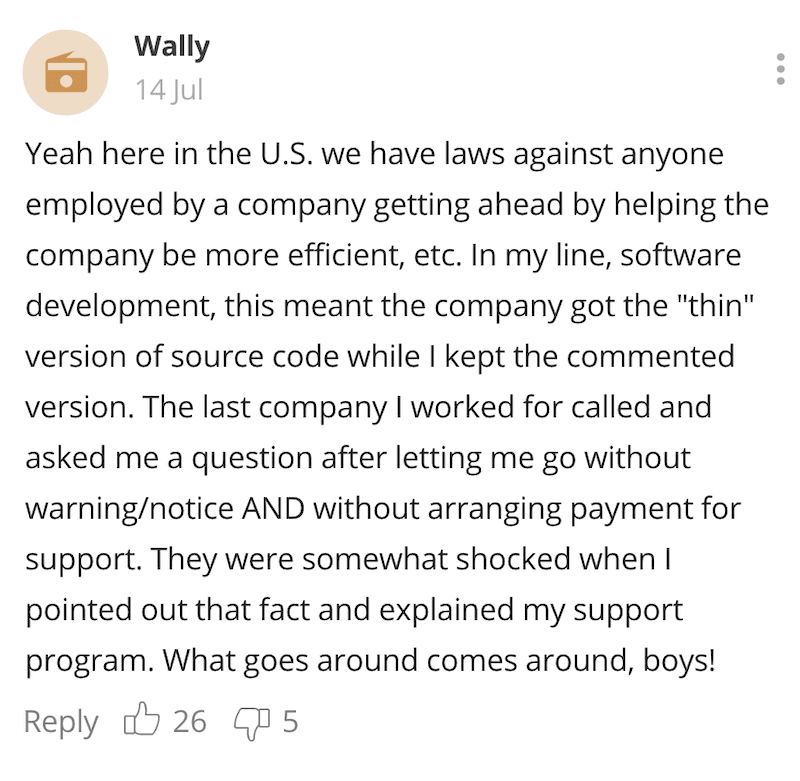 But note to self… create paper trails… 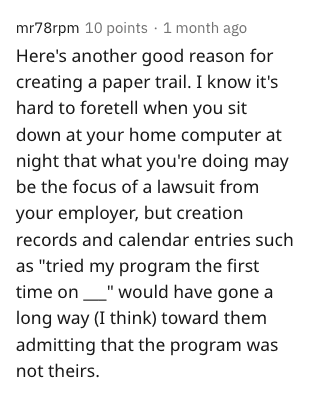 We don’t think it would have hurt this company to acknowledge what this person brought to the table, and the owners would have spent less energy doing the right thing!

Have you ever been treated terribly in a job, and if so, what was the outcome?