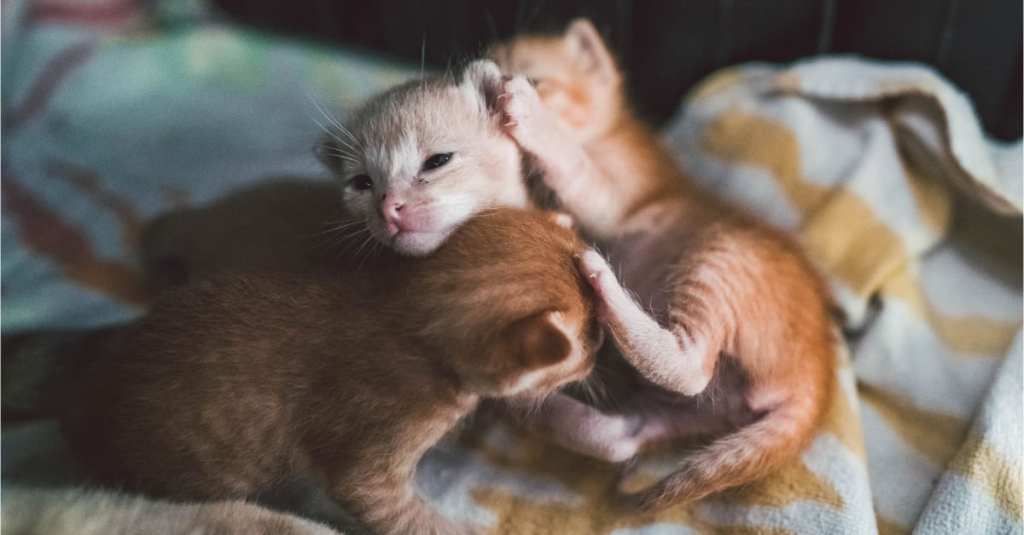 Few animals have captivated humanity’s curiosity and adoration so much as cats.

Our feeds are flooded with videos of their hilarious antics and adorable faces. We’ll happily buy them the best toys, treats and food that money can offer. But how much do you really know about cats?

Perhaps you’ll learn something new after reading these 13 curious facts about cats.

1. Cats spend between 30 to 50% of their day grooming themselves:

Cats clean themselves frequently for many reasons.

It helps to protect them from predators, by removing odor-causing agents.

Grooming also distributes natural oils in a way that prevents dampness and seals in heat.

Similarly, cats rely on saliva evaporating from their fur to regulate their body temperature.

Purring can be a self-soothing technique for cats who are injured, stressed, or giving birth.

It can also be a tactic to solicit food or attention!

Some people theorize cats also purr to heal themselves.

Studies show that sounds frequencies between 25 and 150 Hertz, which is within the range that cats purr, can improve bone density and promote healing.

4. A cat’s nose has catnip receptors:

One of these compounds, nepetalactone, is responsible for the strange and silly behavior some cats demonstrate after sniffing catnip.

5. But not all cats respond to catnip:

Whether a cat responds to catnip or not is based on its genetics.

The catnip gene is autosomal dominant, which means at least one parent must pass on the gene for offspring to inherit the response.

20-30% of cats will experience no response at all to catnip.

In the 1960s, a pair of Siamese cats helped ambassador Henri Helb find 30 tiny microphones hidden behind the walls of his residence in the Dutch Embassy, in Moscow.

Ambassador Helb noticed as his two pet Siamese cats went from sleeping peacefully in the study to arching their backs and clawing at the walls.

He suspected they must be hearing something imperceptible to the human ear, and he was right.

7. The wealthiest cat is named Blackie:

When millionaire antique dealer and recluse Ben Rea died in May 1988, he left his £7-million ($12.5-million) fortune to his cat Blackie.

Blackie was the last surviving of Rea’s 15 cats.

If you think that sounds ludicrous, rest assured the majority of Rae’s wealth was split between three cat charities, with instructions to look after Blackie.

8. A group of kittens is a kindle:

You might be accustom to referring to a group of kittens as a litter, and that is correct, but a litter of kittens all born of the same mother can also be called a kindle.

Cats were trending well before the Internet came along, and cat ladies are no new phenomenon.

Notable historical women such as Florence Nightingale, Louisa May Alcott, and the Brontë sisters all owned and adored cats.

Abraham Lincoln, our 16th president, loved cats. When asked if her husband had any hobbies, Mary Todd Lincoln responded, “Cats!”

Reportedly, near the tail of the civil war, Lincoln discovered and rescued three orphaned kittens in a telegraph hut.

He saw to it they all found a home, where they would be loved and well fed.

11. But not all historical figures loved cats:

Napoleon was deathly afraid of cats, Ivan the Terrible killed cats for pleasure, and Hitler was ailurophobe, meaning, he hated cats.

That’s ok. I’m sure they didn’t like him very much either.

12. If you love cats you are an ailurophile:

Are you simply a cat lover, or are you an ailurophile?

This fancy word for someone who loves cats comes from the Greek word for cat, ailouros, and the suffix –phile, meaning “lover.”

13. Disneyland has a lot of feral cats, with an important job:

Around 200 feral cats roam the Disneyland property, doing the important work of controlling the park’s rodent population. (Sorry Micky and Minnie, but real mice are not welcome!)

These cats are spayed, neutered, given medical care when needed, and fed by the Disney corporation.

You might not see them, because they roam the park at night when all the guests are gone and the park goes dark.

There is so much to learn about cats, and if you are a true ailurophile, we know you’ll be curious for more.

What’s your favorite cat fact from above?