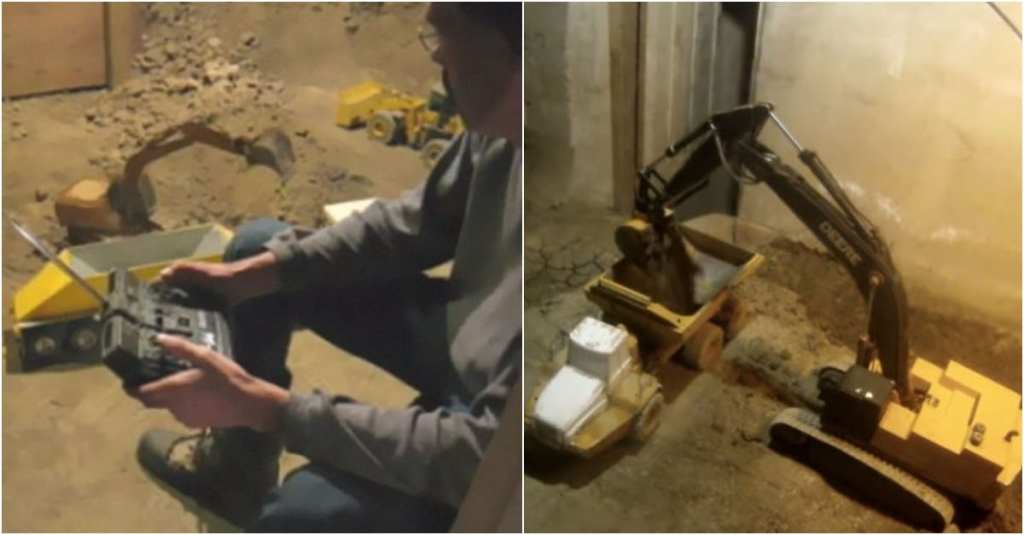 Talk about perseverance: Canadian farmer Joe Murray has been excavating the basement in his home since 2005 using only remote control toy vehicles. 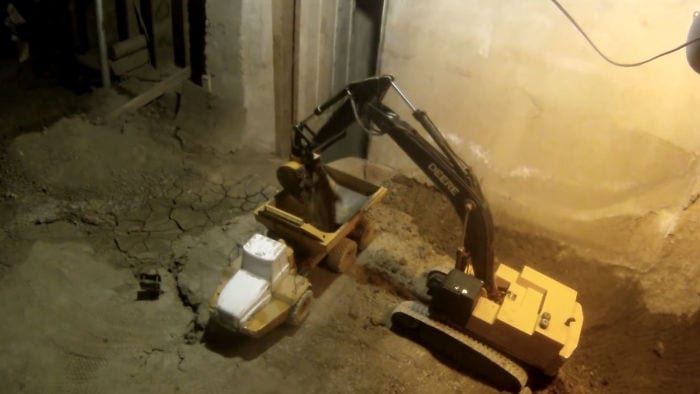 Murray calls his 14+ year project his hobby: “My escape from everyday realities, nothing more.” 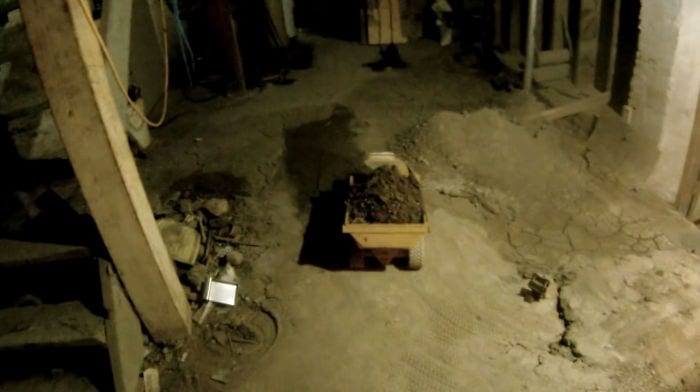 I mean, is this not the cutest thing ever?

And by cute, I mean for boys (and men) of a certain age. 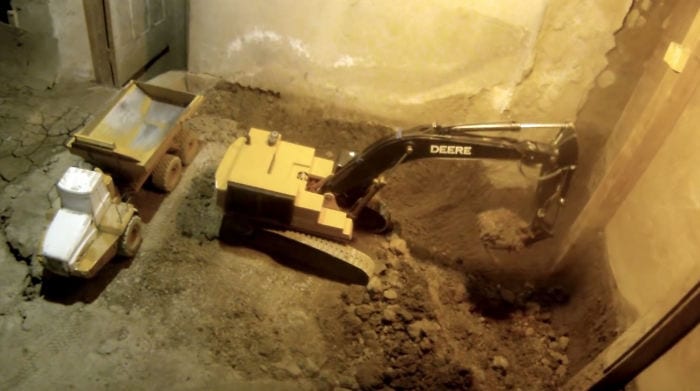 Murray is an RC toy enthusiast, and he estimates that he moves about three cubic meters of soil each year with his toy earth movers. 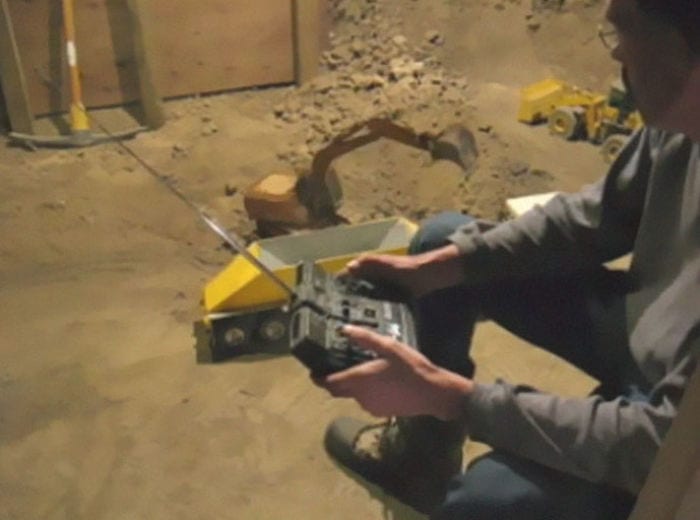 Murray says he might move on to excavating his barn after the basement is finished:

“The one thing I’m looking forward to about the barn is the much bigger area and it’s flat too, which will work better for bigger, more powerful R/C models.

Here’s some video of the excavation process in action.

That’s really inspiring, right? The idea that he could be so patient and methodical about this excavation project kind of warms my heart.

Now then… the only thing that could make it better? Train a team of mice to sit on these machines as they do their thing, so we can think the mice are doing the work.

I know, I know… it’ll never happen. But what if it did? Wouldn’t that be amazing?

Enjoy Murray’s other videos if you get a chance. They’re pretty cool!