A Wildfire in Ireland Revealed a Lost Message from the Past

During World War II, Ireland declared itself officially neutral – the country was still struggling to recover from its bid for independence from the United Kingdom – and people there carved massive markers into their landscape to make sure their decision could be seen by all aircraft flying overhead.

“The signs were built by the Coast Watching Service by the summer of 1944 to warn ‘belligerent’ aircraft that they were flying over a neutral country,” a historical expert told Dublin Live. “At the request of the United States Air Force the number of the nearby lookout post was added, turning the signs into air navigation aids… This assisted American bomber pilots in navigating across the Atlantic.” 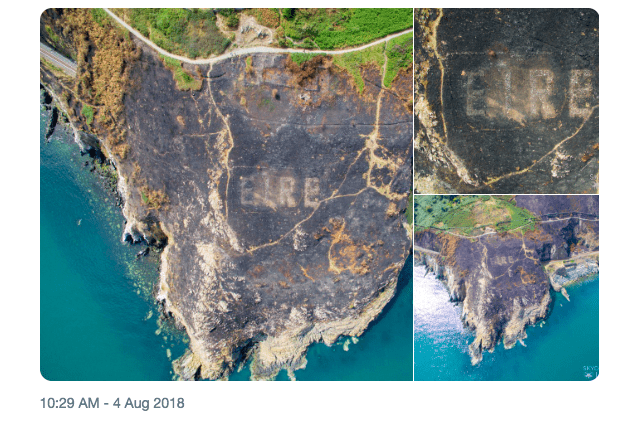 We should point out that, in practice, Ireland was sympathetic to the Allied cause and shared intelligence that helped on many occasions and was even instrumental in the successes at Normandy late in the war.

The markers read EIRE (Ireland) and were built with tons of whitewashed stone set in concrete. More than 80 of them were installed across the countryside in the mid-1940s, and until recently, only a few remained visible from the air.

A recent fire in County Wicklow combined with record rainfall to reveal the giant, whitewashed EIRE emblazoned on the countryside there. Police helicopters were the first to notice. 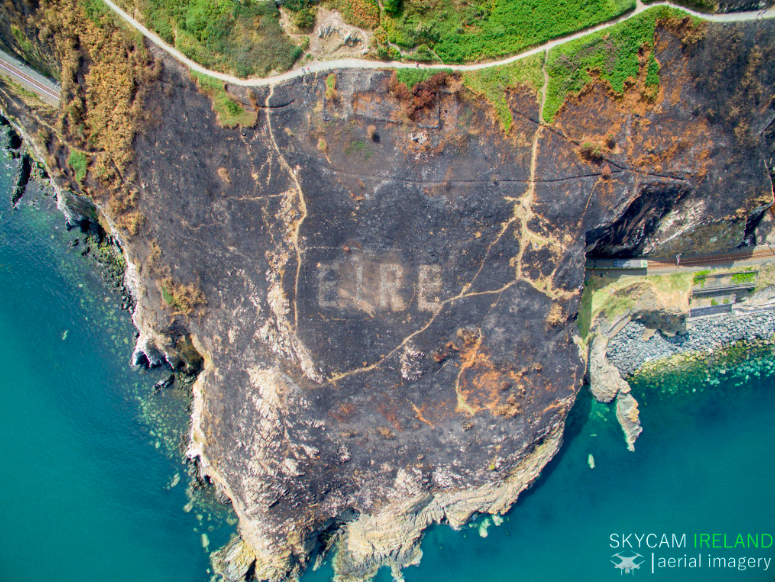 “The Air Corps helped put the fire out and then the Garda helicopter, which we fly, noticed the sign emerging from the past,” a spokesman from the Irish police force described on the radio there.

The County Wicklow marker had been hidden for decades until the fire destroyed the thick undergrowth covering it, and the fact that it was found on the east coast does make it a bit more unusual. That said, Twitter was quick to point out that many of the other historical signs that dot Ireland’s 2,000-mile coastline are also visible from the air. 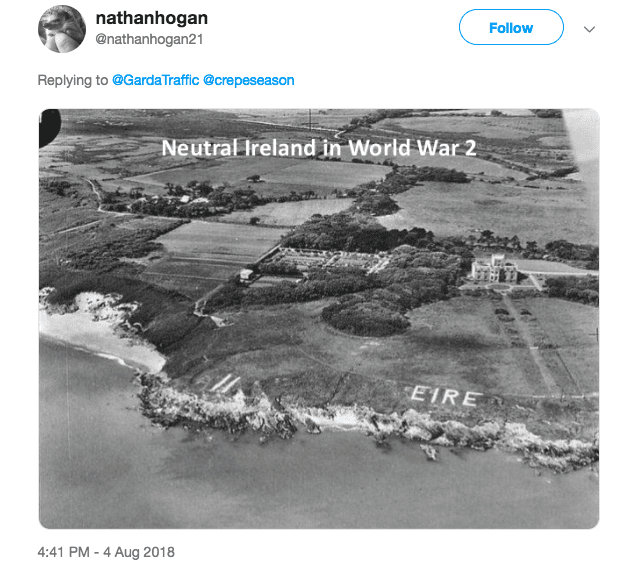 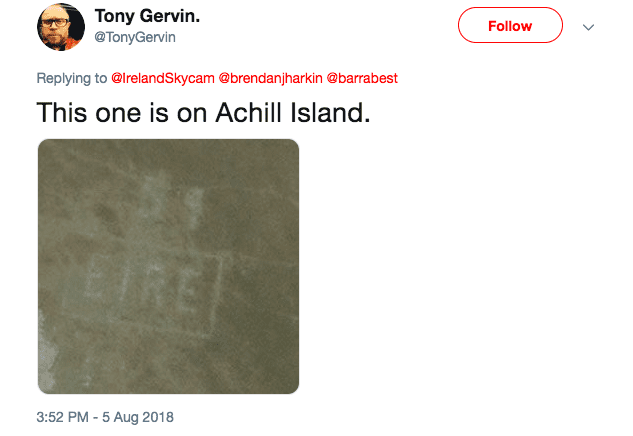 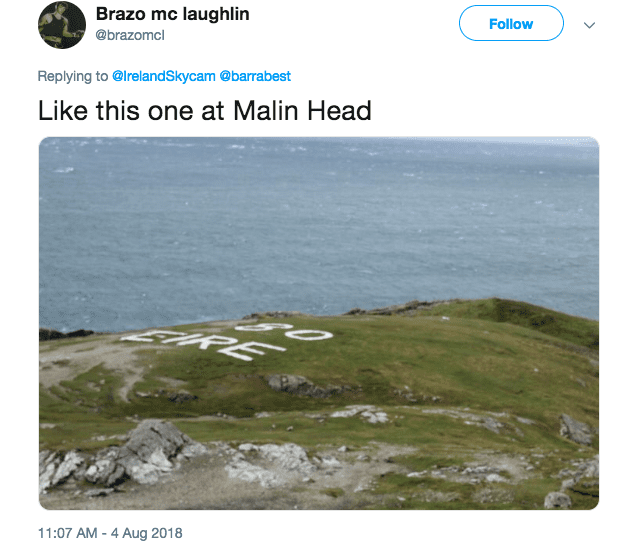 History has a way of coming back to life, though we would all prefer that extreme events due to increasing severe weather wasn’t behind so many of them.