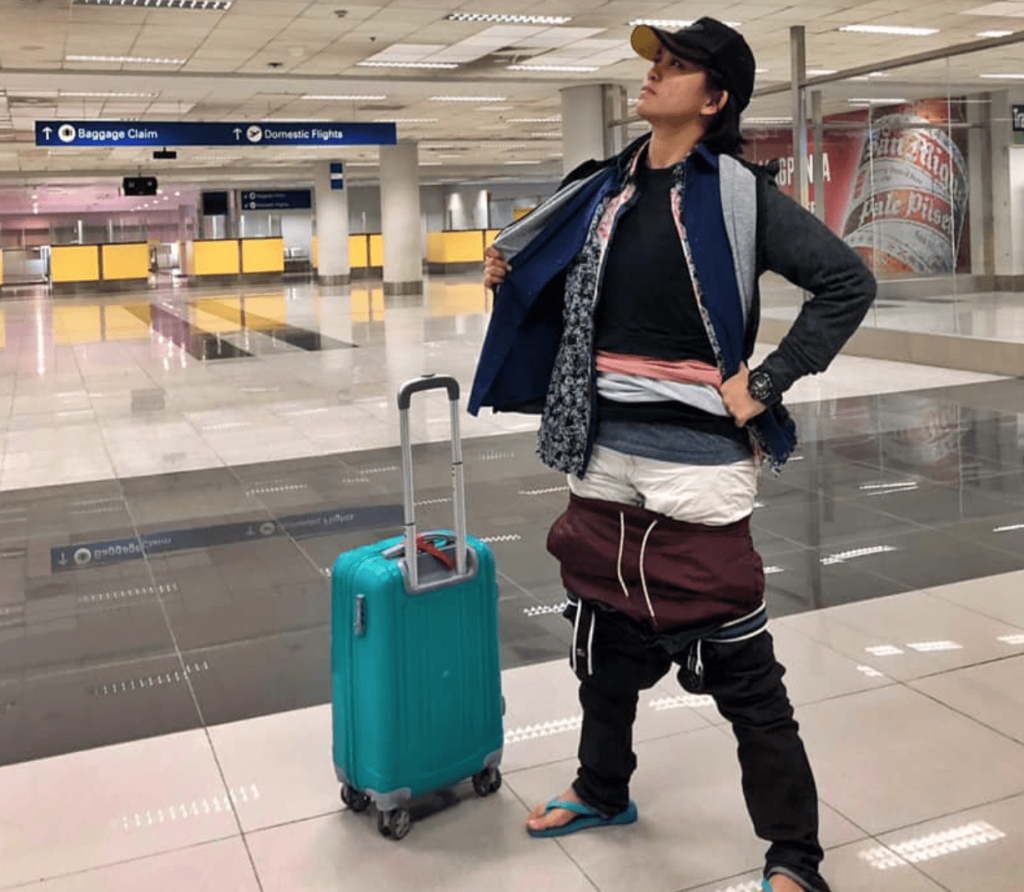 Not all heroes wear capes….

In this case, it was just a whole lot of extra clothes in order to avoid extra baggage fees at the airport. I think we can all honestly say we’ve thought about trying this before, but we just didn’t have the guts to give it a shot – although I have actually seen my friend Dan throwing clothes and other items from his bag into the garbage to avoid those pricey extra charges, so you can always go that route, too.

But that’s not what Gel Rodriguez did. Nuh uh. She bucked the system, took things into her own hands, and became a legend in the process. Well, at least she’s a legend to me.

Rodriguez was taking a flight from the Philippines when she found out her carry-on luggage exceeded the maximum weight limit. And you know what that means: more money in the pockets of the airlines via extra baggage fees.

The limit was 15 pounds, and Rodriguez’s bag was nearly 20 pounds…so she did what she had to do. She packed on 5 pounds of clothing, layer after layer, to get her carry-on bag to the correct weight limit so she wouldn’t have to dish out that extra cash.

That’s called going above and beyond, people.

Can we name an award after this woman, please?

Thankfully for all of us, Rodriguez took a photo of the iconic photo and posted it on Facebook. Sometimes, social media really can be used for good…