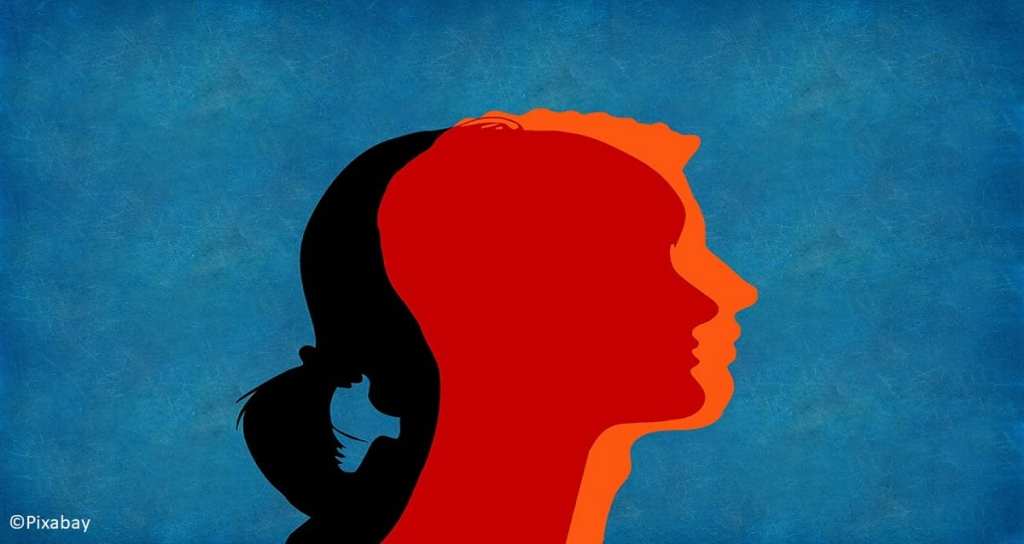 All Trans People Are Not Gay: Myths About Sexuality and Gender

The world we live in today is a complicated one. Almost daily, it seems that some long-held notion about life is being challenged in some way. Sometimes, this is relatively easy to accept and adopt into our existence. Other times, the change is met with resistance – sometimes bordering on extreme intolerance and hatred.

One of the biggest hot-button issues these days is the idea that sexuality and gender are more fluid than we’ve traditionally considered them to be. 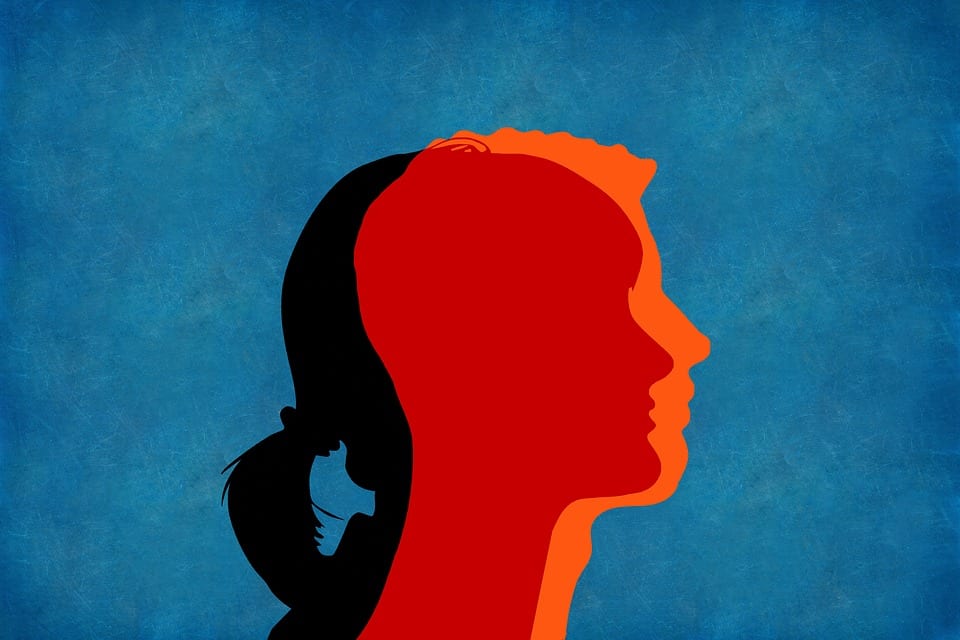 It should be noted that this is an area that is relatively new to mainstream consciousness and scientific study, which means it’s constantly evolving. Even for those of us who genuinely sympathize with the LGBTQIA community and want to be the best allies possible, it can sometimes be quite frustrating to keep up with all the new terms and ideas, or to find that you’ve inadvertently caused offense due to not being aware (here’s a great resource to learn more). The purpose of this discussion is to (hopefully) provide more knowledge and context on these issues and clear up some common misconceptions.

Sex vs. Sexuality vs. Gender

While these things often align in a cis-gendered heterosexual way (ex: Sex -> Male, Gender -> Man, Sexuality -> Straight), it’s not always so straightforward. Identity and attraction issues questions aside, there are plenty of medical/genetic conditions that result in an individual presenting ambiguous sex characteristics, right down to the chromosomes! These individuals are referred to as “intersex,” and may or may not attempt to transition towards one defined sex. 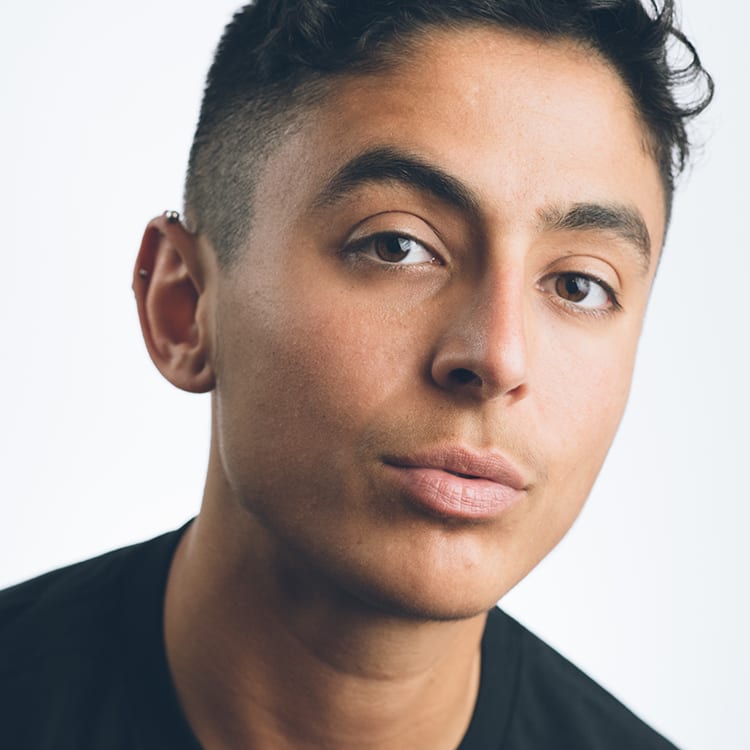 Then there’s sexuality, which has been repeatedly established to be a spectrum. You might be heterosexual (attracted to the opposite sex), homosexual (same-sex attraction), bisexual (attracted to both sexes), asexual (uninterested in sexuality entirely), pansexual (potentially attracted to anyone regardless of their sex), or somewhere in between. 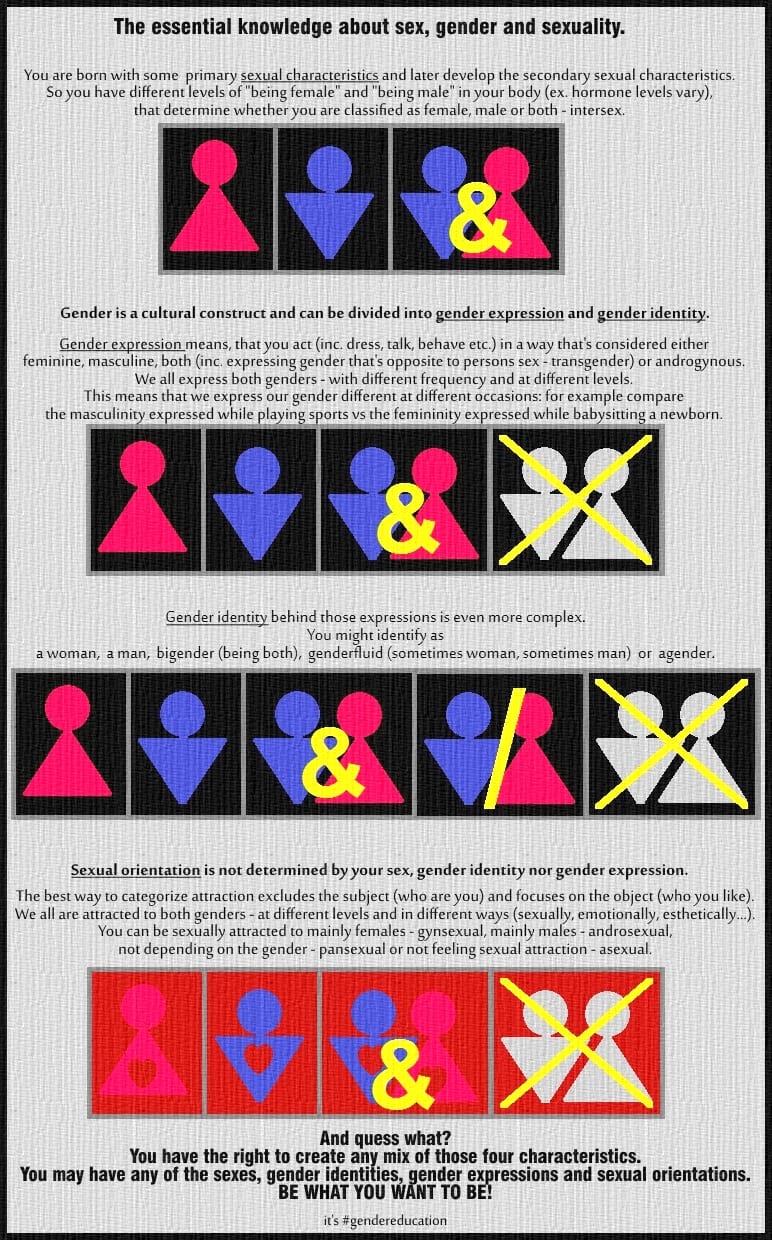 Finally, there’s gender, which refers to an identity based on social constructs of “Masculine” or “Feminine” behaviors. It encompasses things like what kinds of clothes you like to wear, what toys you played with as a kid, what types of activities you gravitate towards, and more. This is also considered to be a spectrum, as even the most typical “guy’s guy” or “girly girl” will likely have some characteristics that don’t fit the classical stereotypes about their genders.

Individuals who feel a disconnect between their sex and their gender are generally considered to be “Trans” – either transgender or transsexual. The former refers to anyone who feels that their gender identity doesn’t match the sex they were assigned at birth (usually determined by the presence or lack of a penis). If that individual then gets medical intervention to transition from one sex to another, they are transsexual. For the sake of general comprehension, we’ll stick with just using “transgender” or “trans” to refer to both for this discussion. 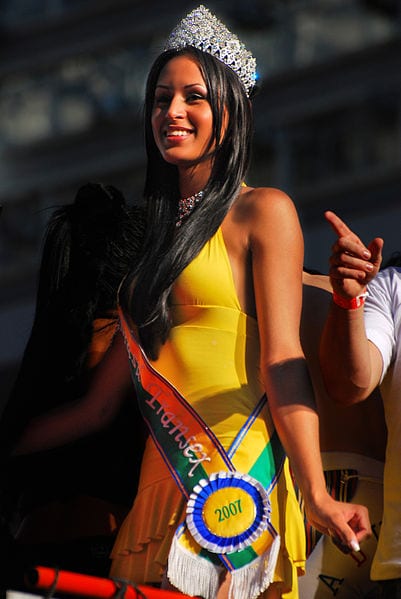 The trans community has been the subject of much discussion in the media over recent years, from controversial “bathroom bills” to bans in the military. While it may seem like this is a relatively new phenomenon, the fact of the matter is that there have been transgendered people throughout history – some even rising to great prominence within their societies. Thanks to the internet, this community has had a broader platform with which to introduce themselves to mainstream consciousness. Unfortunately, that has also been accompanied by a fair share of misinformation and backlash. With that in mind, let’s examine some of the most common misconceptions.

Myth: There are Only Two Sexes

This is possibly one of the most pervasive arguments put forth by those who don’t fully understand/accept the notion of a transgender identity. As discussed earlier, it’s first important to recognize that sex and gender are not the same thing and cannot be used interchangeably.

While it is true-ish that most people are born either male or female, the science is actually a good deal more complicated. Some may argue that it’s all down to chromosomes – XX means female and XY is male, end of story. This fails to take into account some fairly common situations where someone isn’t a “typical” male or female – maybe you’re a guy with wide hips or a girl with really broad shoulders. That doesn’t mean you’re trans, or any less of whatever you identify as – but it does indicate that there’s a degree of flexibility when it comes to sex, especially secondary sex characteristics like voice/body hair/body development.

Further complicating the matter is the fact that various events during pregnancy, including exposure to certain hormones, can also lead to conditions where a person may have chromosomes from both sexes and/or be born with two distinct sets of reproductive organs. There are also plenty of examples from nature of this kind of variance, including a fish that has three distinct male genders and a bird that has two distinct genders for each sex (making four in total).

Then there are cases like David Reimer, which show how sex and gender can interact to affect each other. David was born a boy, but after a botched circumcision destroyed his penis, doctors medically intervened to change his sex to female and he was raised as a girl (“Brenda”). Growing up, however, he constantly felt conflicted about his assigned gender and at age 14, his family finally told him the truth. 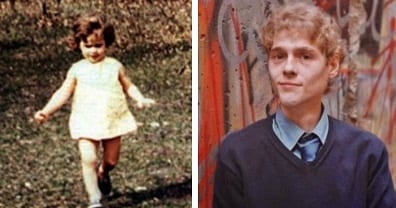 He went on to reclaim his masculine identity, but the stress of his youth led to a lasting depression and in 2004, at age 38, David committed suicide. His story has been instrumental in increasing the medical and scientific community’s understanding of both sex and gender.

Speaking of depression, there’s a common misconception that being transgender is a type of mental illness. This stems in large part due to the fact that, at one time in the past, being trans was classified as a mental disorder (as was homosexuality). In recent years, however, medical professionals have come to rethink the way they view these kinds of issues, recognizing that these types of classifications have played an unfortunate role in the continued stigmatization of these populations. The American Medical Association, the American Psychiatric Association, and the World Health Organization are among the multitudes of scientific authorities who have come forth to assert that, much like being homosexual, being transgender is not a form of mental illness or disorder.

Transgendered individuals often suffer from mental disorders such as depression and suicidal thoughts, but these are usually a result of social stigma and/or a lack of support and acceptance.

Instead of a disorder, transgendered individuals are now considered to have gender dysphoria – a state of emotional distress caused by a conflict between assigned gender and gender identity –  which is a more accurate and far less stigmatic diagnostic label.

It is true that transgendered individuals often suffer from other forms of mental disorders such as depression and suicidal thoughts, but these are usually a result of social stigma and/or a lack of support and acceptance. Much like homosexuality, being transgender isn’t a choice. Just consider how much distress and hatred such an individual encounters daily, simply for being who they are – no one chooses that.

Myth: All Trans People are Homosexual

Another common myth about the trans community is that they must all be homosexuals – a man who wants to be a woman must be doing it to sleep with other men, and women who become trans men must clearly just be closet lesbians. The major trap that this logic falls into is thinking that sexuality and gender are linked. As we’ve already discussed, however, sexuality is not the same as gender identity. While the two can certainly interact with and shape one another, it isn’t set in stone. There are, for example, trans women who are still with the female partners they fell in love with when they were still a man (and the other way around).

All Trans/Genderqueer People Want to Transition

Simply: no. While many trans individuals do want to medically alter their sex to match their gender identity, it’s not a universal desire. This desire can be influenced by a wide variety of highly personal factors, including (but certainly not limited to) how supported they feel by friends/family/coworkers while expressing their true gender identity. In virtually all cases, the decision to go through a physical transition is a deeply personal one that depends entirely on the individual’s own needs and experiences. 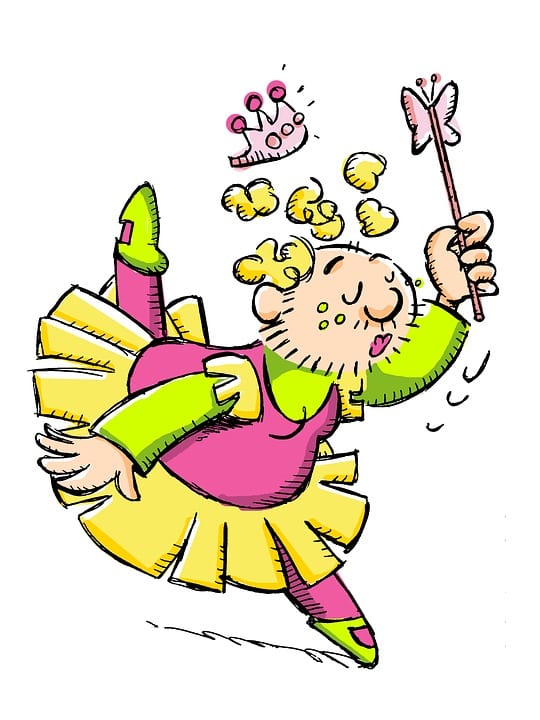 Occasionally, some individuals may dabble with cross-dressing as a way to explore/express their evolving gender identity. Note, however, that this is distinct from being a drag queen/king and that many drag queens/kings engage in this activity for reasons completely unrelated to gender. Being a drag king/queen doesn’t necessarily mean that individual identifies as transgender or feels any kind of incompatibility with their assigned sex or gender.

Trans-Friendly Bathrooms are a Danger

Ohhh man, where do we even begin with this one? While transphobic legislators and media outlets have been quick to point out that allowing people to use the bathroom for the gender they identify with could lead to all sorts of dangerous, immoral behavior, there’s simply no credible evidence pointing to this. States with trans-friendly bathroom/locker room laws found no uptick in reported assaults as a result of passing these laws. 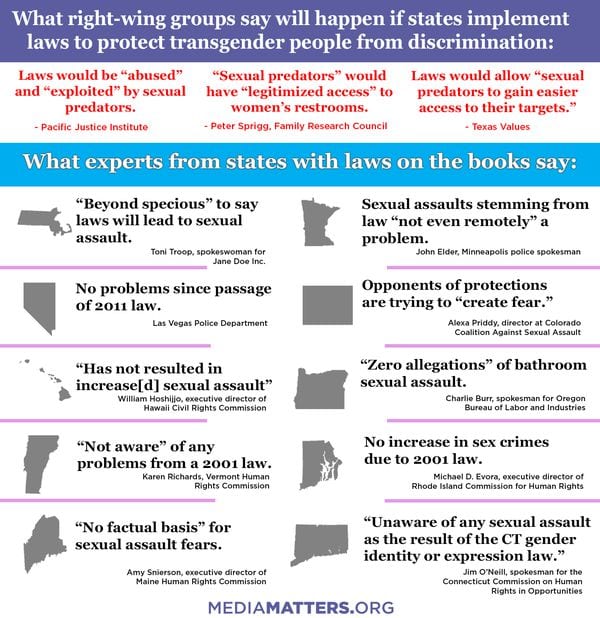 Sure, there have been plenty of hilariously cringe-worthy hypotheticals, such as this one put forth by former Arkansas Gov. Mike Huckabee. There have also been stories reported of incidents of assault perpetrated by men trying to take advantage of this newfound ‘freedom’…but actual investigations into these incidents have found all of them to be false. 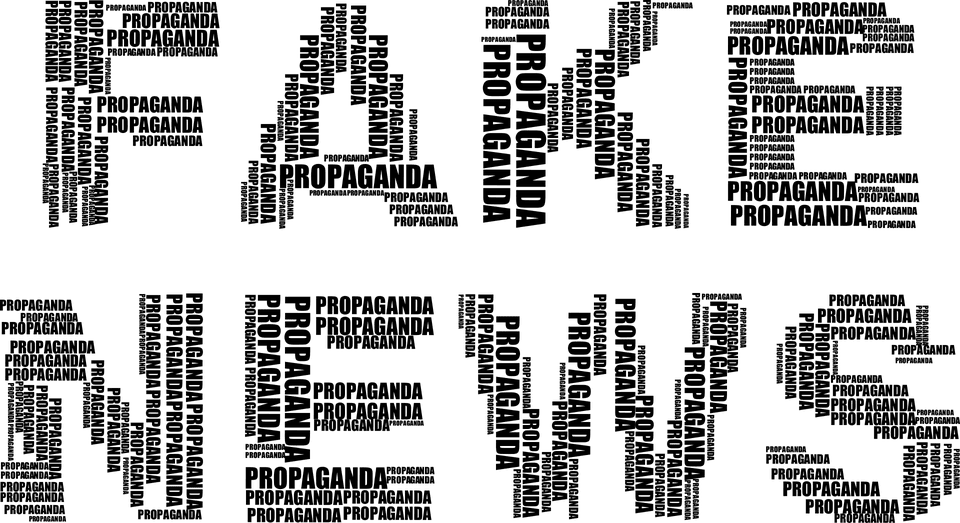 One reported incident at a high school even made it all the way to Fox News, but when journalists contacted the school in question, the incident was found to have been completely fabricated. Several of the original outlets reporting the incident were even forced to issue retractions (Fox didn’t). Sadly, by the time the true story comes out, the false narrative has already been spread too far and wide to mitigate the damage caused by it.

These are just a small handful of the misconceptions that trans individuals have to contend with. Just as it was (and continues to be, in some cases) for the gay and lesbian communities in the past, the trans community is facing the backlash that all new ideas face. It’s an unfortunate aspect of human nature to meet new/different ideas with hostility and retaliation. The less we know about someone else, the easier it is to strip them of their humanity and treat them as the “Other.” 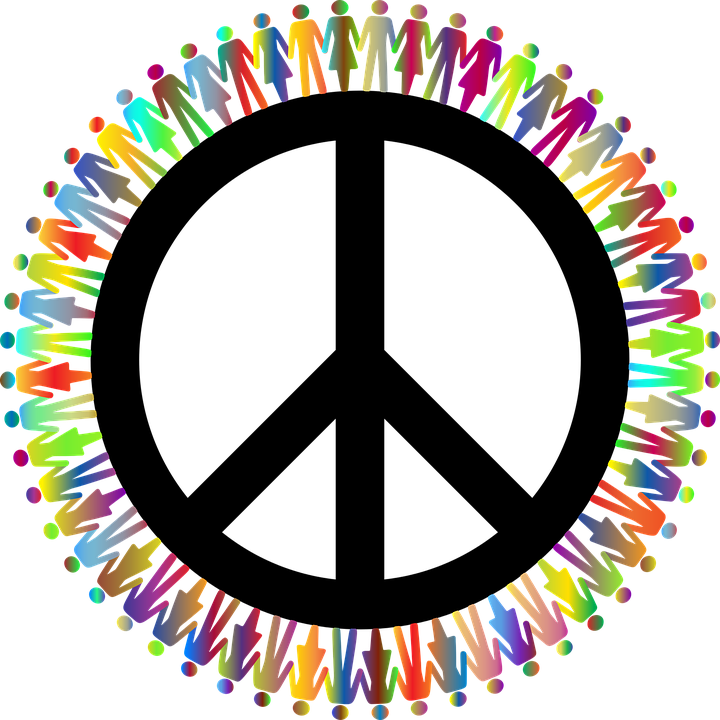 In order to move forward, we must make conscious efforts to learn as much as we can and analyze the facts for ourselves rather than relying on others to do it for us. At the end of the day, transgendered people are still people. They are every bit as deserving of dignity and respect as anyone else.

***We understand that this issue is a complex and ever-evolving one. As such, there were plenty of things we didn’t get to discuss within this article in the interest of time. Our apologies to any readers who were unintentionally upset by this.