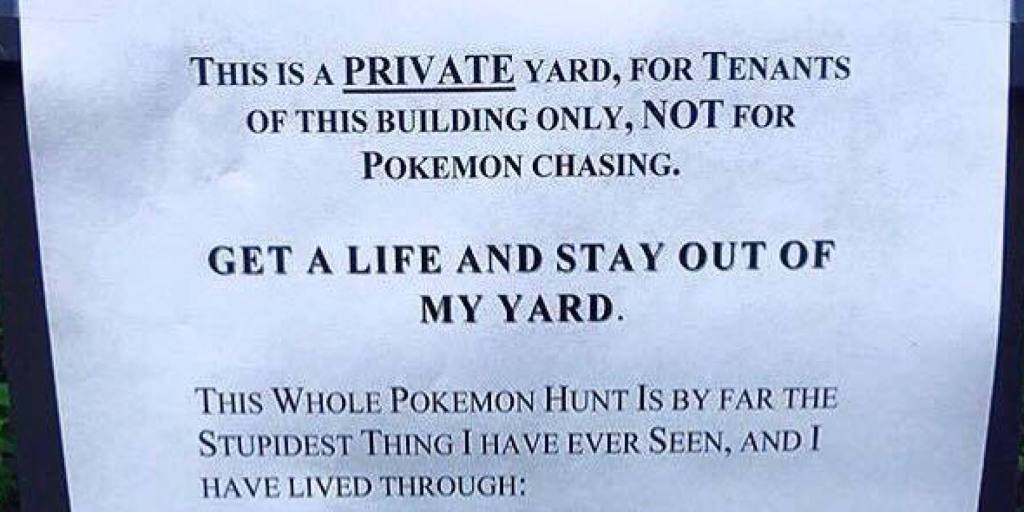 No doubt about it – the recent quest to “catch ’em all” has encouraged people to get off their couches, out into the fresh air, and to abandon all sense of propriety and shame.

In Sydney, Australia, hundreds of people swarmed a neighborhood hunting for rare Pokémon. 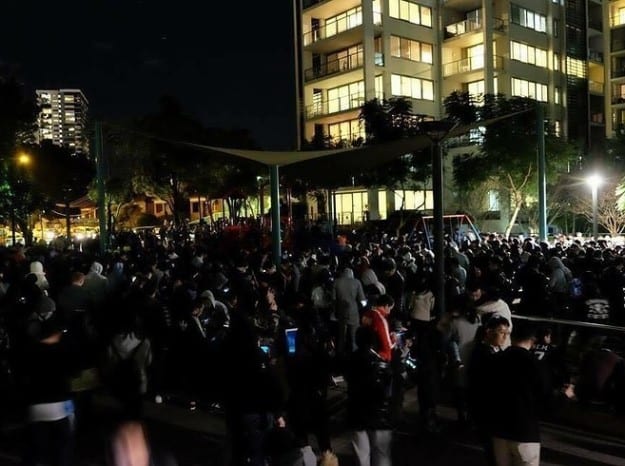 Another prime example: when the appearance of a Vaporeon caused an actual stampede in Central Park.

You may have noticed an uptick in so-called “adults” on your social media feeds lately – fun-haters who don’t get the phenomenon and are sick and tired of hearing about catching Pokémon from the likes of you.

Well, this guy decided to take his annoyance to a new level, and he wrote a note to the people playing outside his Vancouver apartment building. 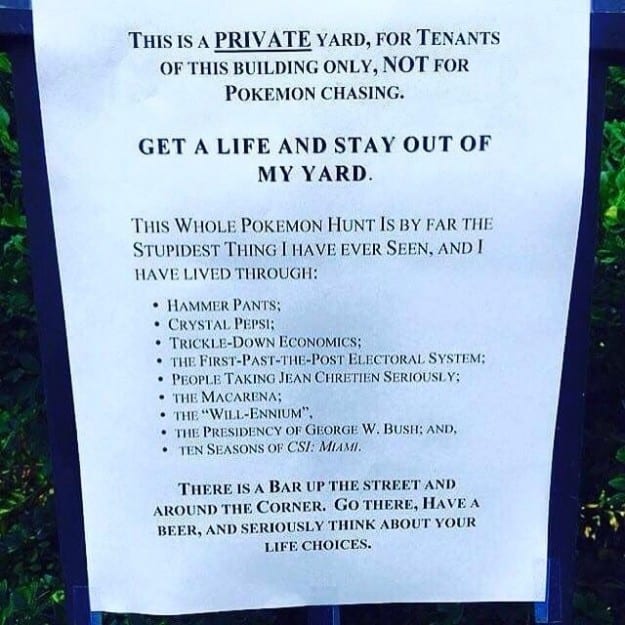 The writer called Pokémon GO “by far the stupidest thing I have ever seen,” and even provided examples of things he had “lived through” that, according to him, didn’t compare to the stupidity of this latest craze. The list includes Hammer pants, Crystal Pepsi, the Macarena, and “ten seasons of CSI: Miami.”

I can agree with the Crystal Pepsi and CSI: Miami, but you mess with hammer pants and you mess with all of us, sir. Not to mention that none of the “useless” things on his list ever had an actual purpose like a) exercise, b) human interaction, or c) catching Pokémon (natch).
The note also encouraged drinking:

“There is a bar up the street and around the corner. Go there, have a beer, and seriously think about your life choices.”

James Douglas Roy, the man who posted the note, told BuzzFeed Canada he grew frustrated by the crowds of smartphone-clutching Pokémasters trying to get into the garden behind his building.

“No one actually got over the gate but they kept asking,” Roy said over Facebook chat. “They were NOT kids.”

Roy said it was a real nuisance until he put the sign up and people stopped bothering tenants as much. He also suspects that whatever was drawing people to his building had moved on, though he also admits he’s never played Pokémon and has no real understanding of the game.

“They say Pokémon is captured and gone now or something? I don’t get this game or understand anything about this thing,” he said.

Some people agreed with the angry note. “It’s his property. If you aren’t invited it’s called trespassing and that’s breaking the law,” this person wrote. 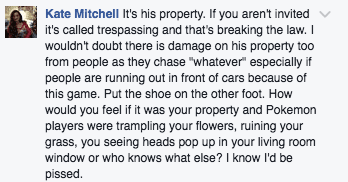 Others had some pretty solid arguments for why the game isn’t so bad: 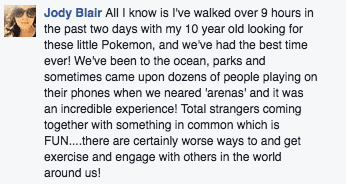 There was generally very limited sympathy for Roy. This comment on Reddit pretty much says it all: “Sounds like someone has a case of the Pokemondays.” 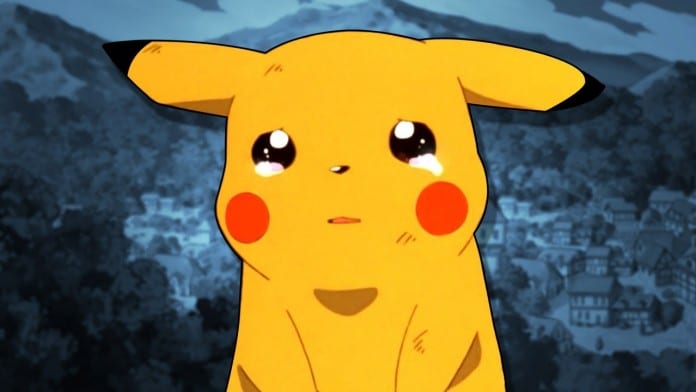