10 Sad and Gorgeous Photos from the Great Depression Era

After the stock market crash of October, 1929, the entire country was plunged into a disastrous economic downturn lasting until the 1940s. In those years, families suffered destitution, starvation and breakdowns. It was the worst economic depression the industrialized world had ever seen.

Here are 10 photos that illustrate the devastation of the era. 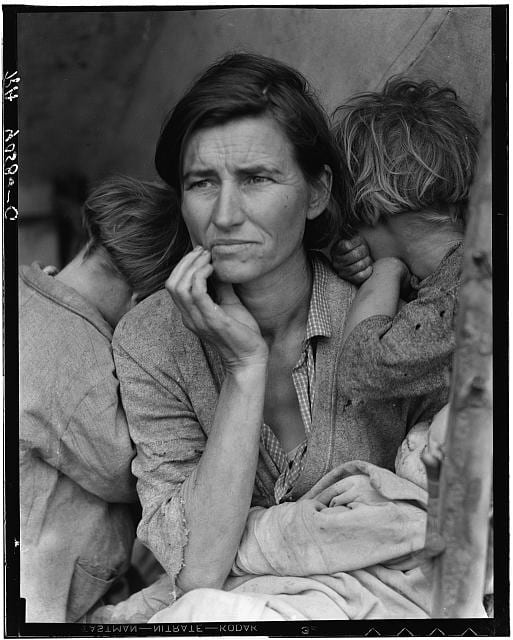 This is perhaps the most famous of all Great Depression photos. It shows Florence Thompson, a California pea picker, with three of her seven children. She was 32 years old.

2. Memphis 1939, the sign of the Hotel Clark says it’s the best service for “colored only.” 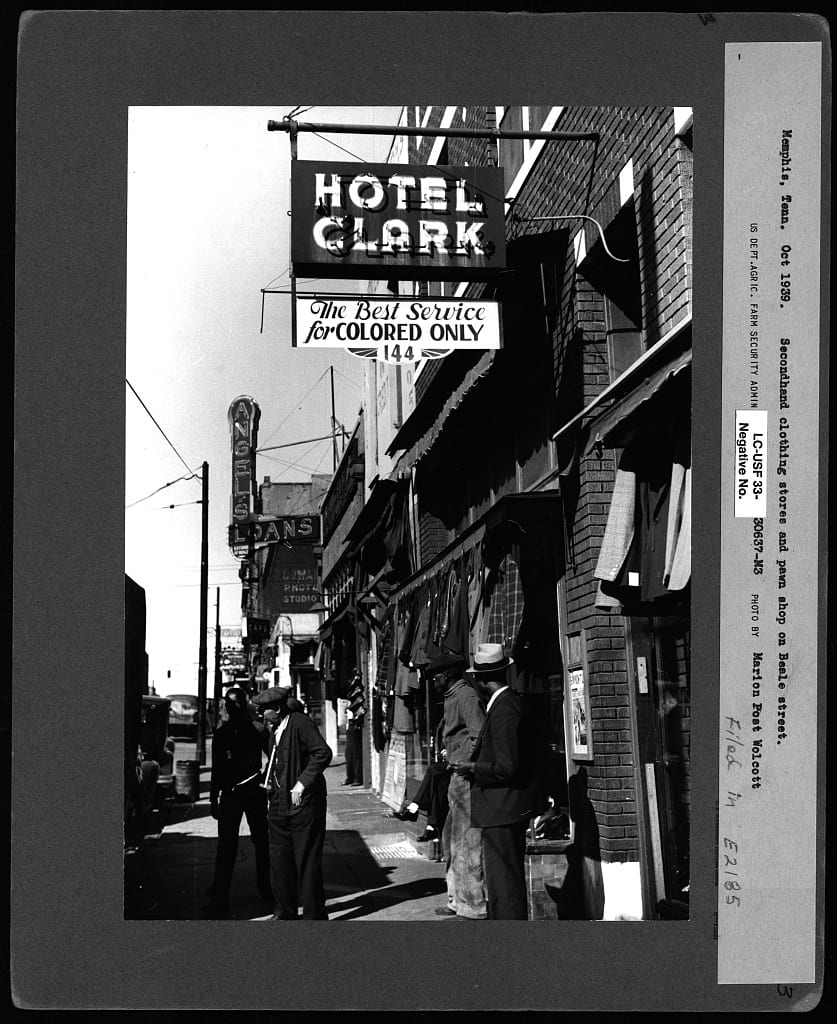 Laws against segregation would not be enacted until the Civil Rights Act, 25 years in the future.

3. A crowd gathered outside the New York Stock Exchange after the crash. 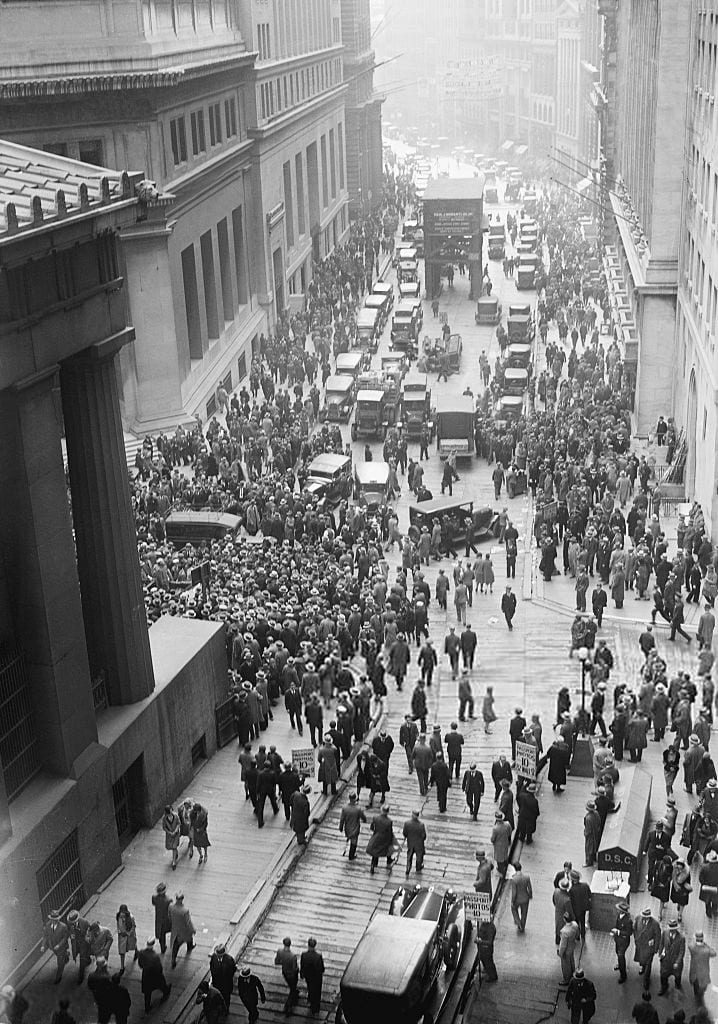 Wall Street panicked and investors were wiped out. The event abruptly started the Great Depression.

4. Unemployed men sleeping in the park in Minneapolis, 1939. 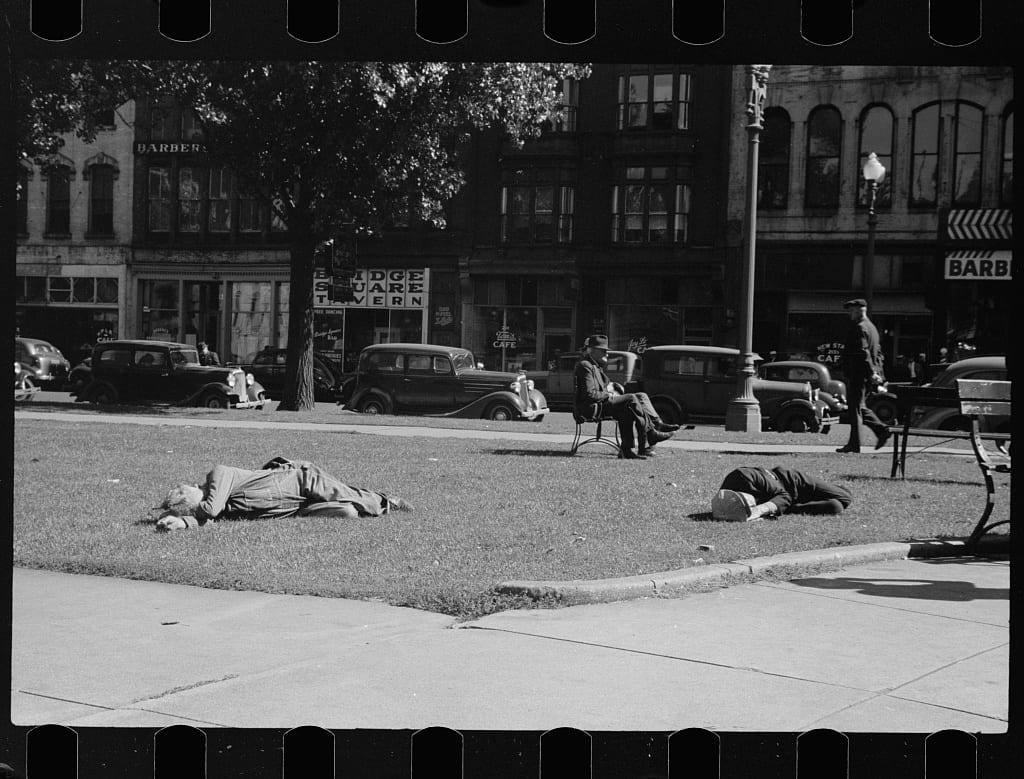 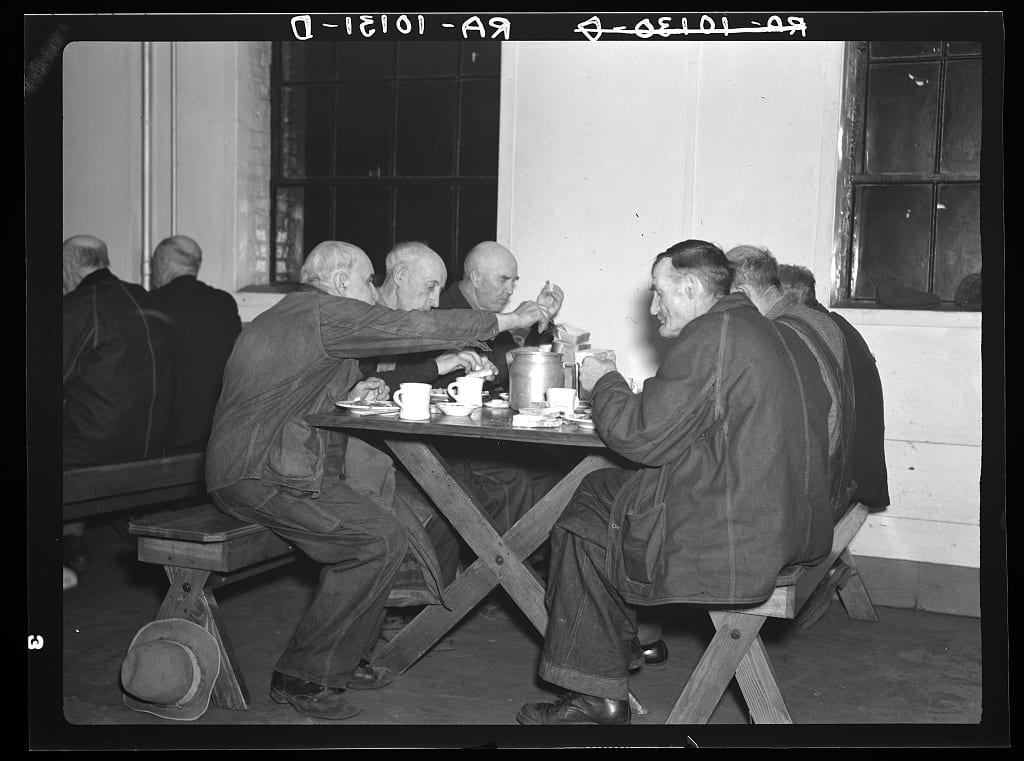 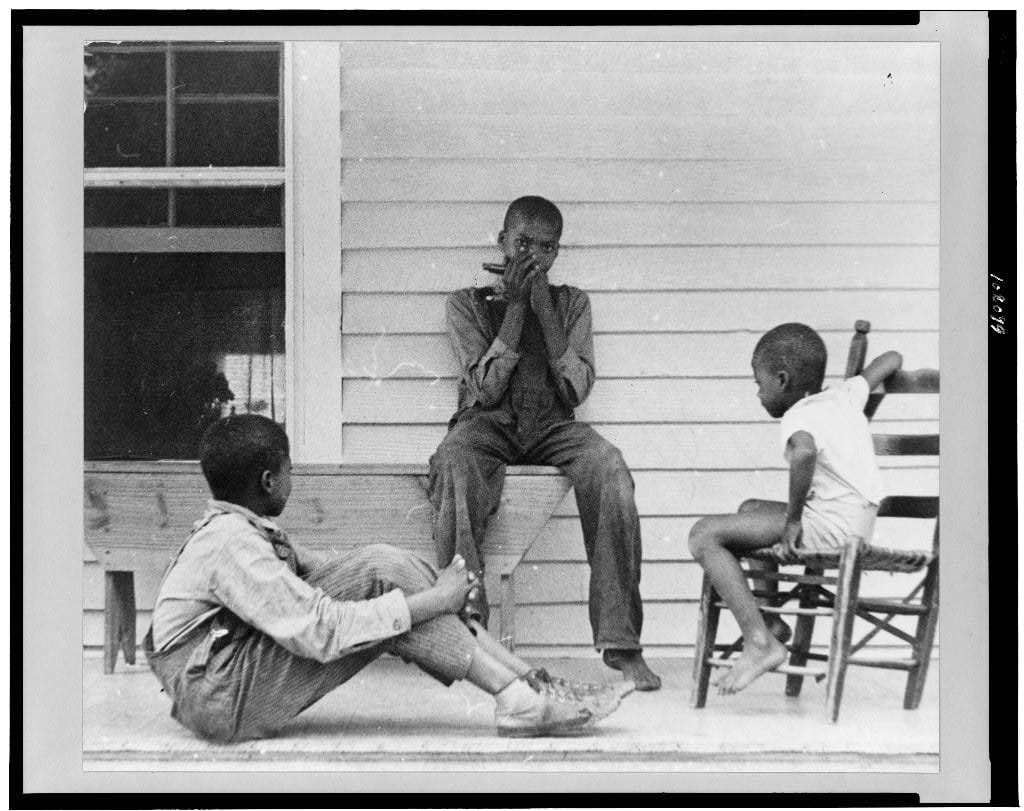 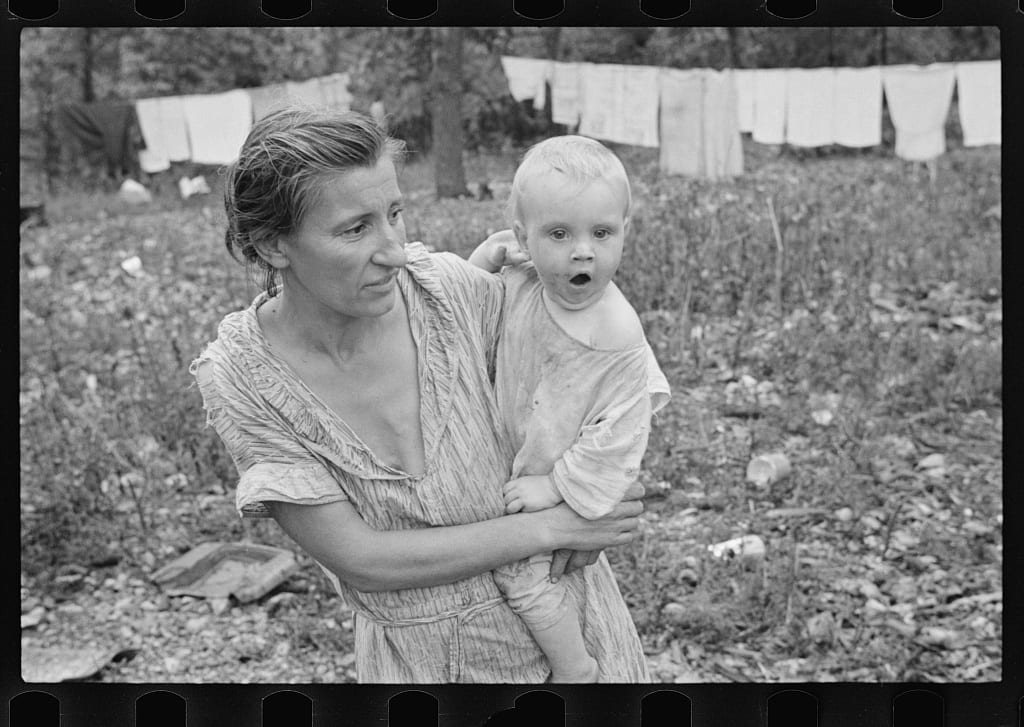 Sharecroppers were often the poorest of the poor. In response to the mechanization of farms, bad living conditions and unfair terms of their leases, sharecroppers unionized during this time. 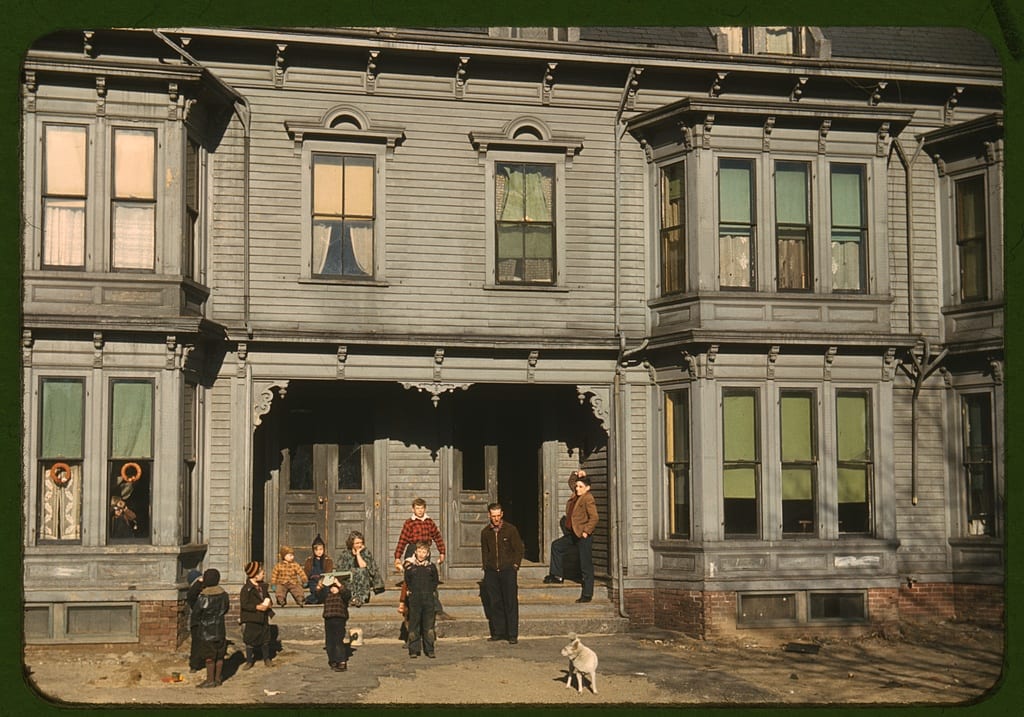 Tenements in the major eastern cities, like New York City and Boston, were homes to the waves of immigrants that become the working class. 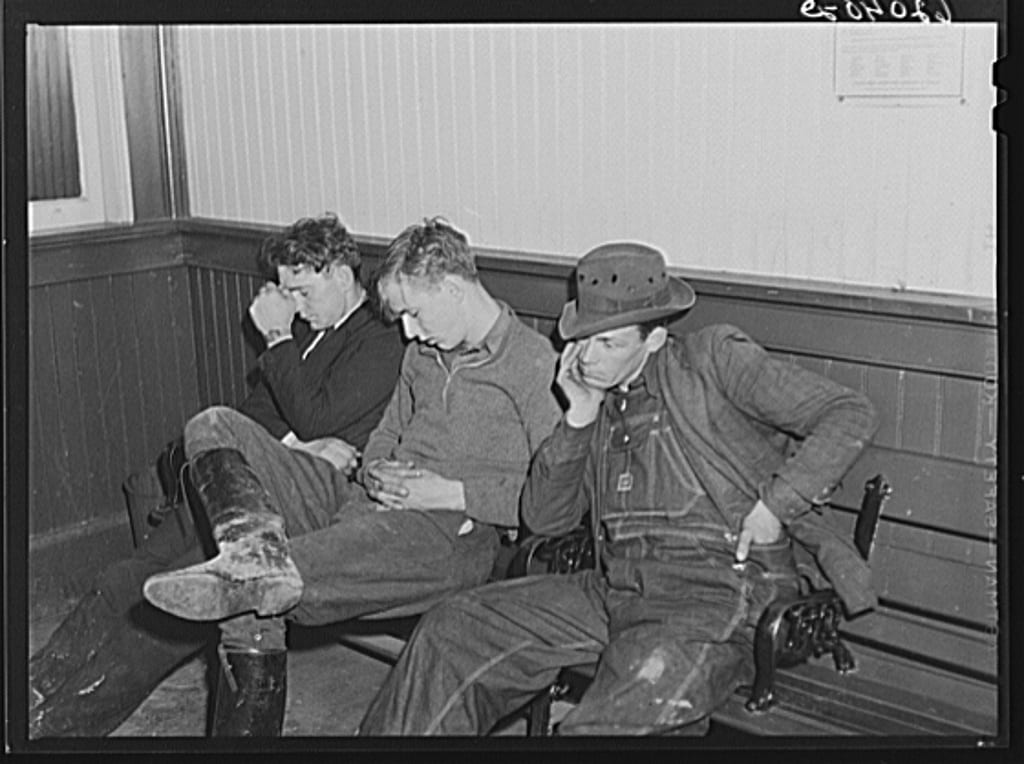 From out of town and working in the powder plant, they slept in the train station because they had no where else to go. 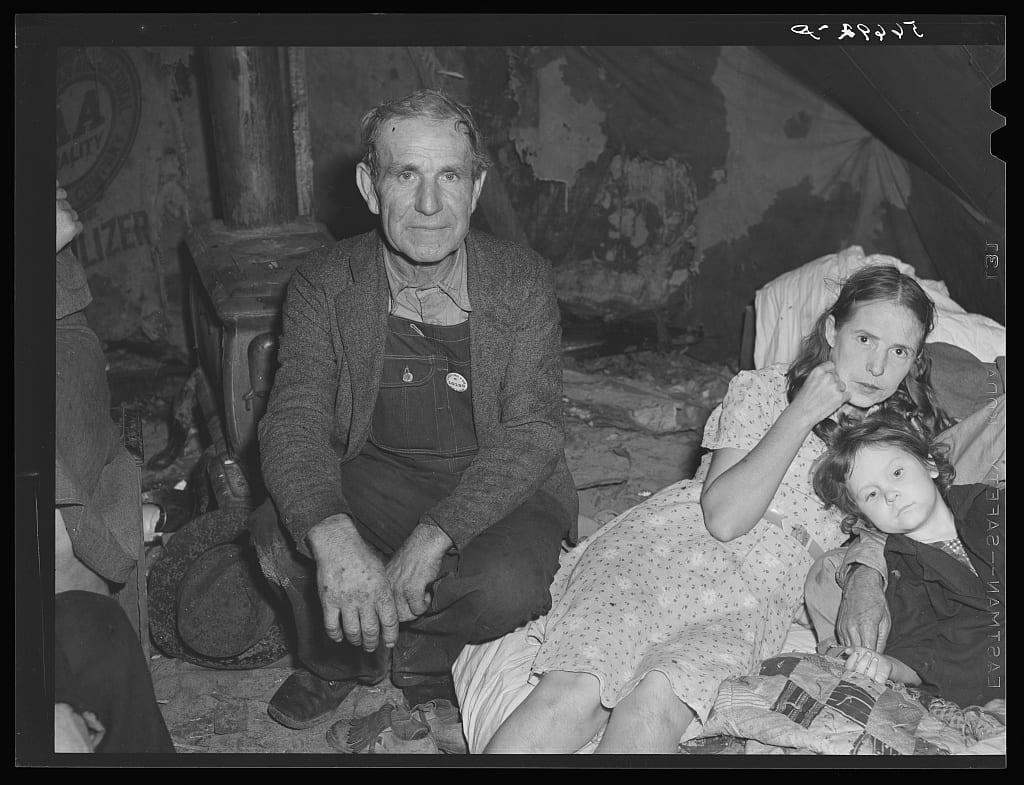 The tent was their permanent home. Men slept in shifts as construction workers in Alexandria, Louisiana, 1940.

The economy didn’t fully recover until the end of World War II with sharp reductions in spending and taxes, and the end of war-time economy. It wasn’t until the 1950s that America began enjoying broadly renewed prosperity. Although poverty and food scarcity is still a problem for many, the levels of unemployment and despair felt by depression era Americans have not been seen since.