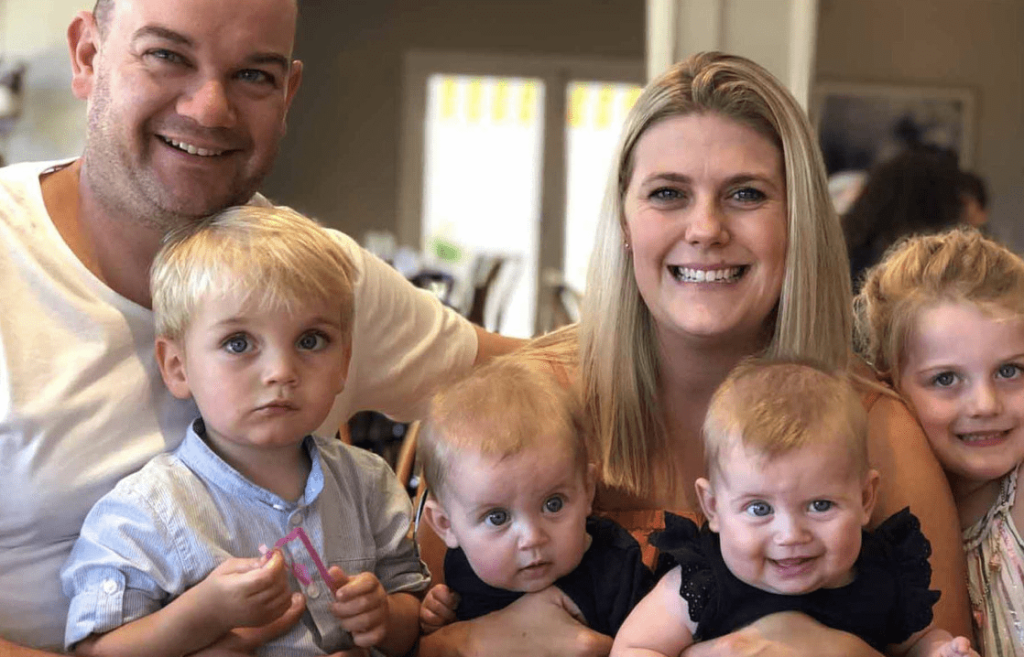 There’s definitely an inappropriate joke here but I’ll leave it to you to figure out.

But in all seriousness, I had never heard of such a thing. Two vaginas?

34-year-old Australian Lauren Cotter was born with uterus didelphys, meaning she had two cervices, two uteruses, and twi vaginas. It is a birth defect that affects 1 in 3,000 women, and it can cause excruciating periods and abnormal bleeding. It can also cause infertility and/or miscarriages.

Lauren was diagnosed at the age of 16 after she went to the doctor for her excruciating menstrual cycles. The doctor performed a pelvic exam and ultrasound to come to the diagnosis. He also told her that conceiving children would be difficult, if not impossible.

She decided to have surgery to correct her double vagina, which would give her a more fulfilling sex life. When she was 17, she met her future husband and shared the news that pregnancy may not be an option.

“From quite early on, Ben and I discussed having children and it was clear that he really wanted to be a dad,” she told PA Real Life.

“I knew I had to be open and honest and tell him that might not be a possibility for me.”

So what happened? They married and tried anyway.

“We have found it easy to fall pregnant,” she said. “I am not sure why, or if it has anything to do with my two vaginas.”

With her diagnosis, Lauren understood there would be complications, but they stayed strong.

“We knew it might be a bumpy road and tried not to get our hopes up too much,” said Lauren.

In 2014, their first daughter, Amelie, was born via C-Section, completely healthy. Lauren and her husband decided to try again.  About a year and a half later they had no trouble. The crazy thing was that Harvey was born from her left womb when Amelia was born from the right!

“I carried Amelie in my right, and just assumed the left one was a dud,” said Lauren

Harvey was born prematurely at 4 pounds, 12 ounces and had difficulty swallowing. But after 3 weeks he was released in good health.

After that, the Cotters felt it best to go on birth control due to her medical history

“The [birth control] pill was giving me migraines and I couldn’t use [an IUD] coil, so in the end, the implant was the only option left,” she said.

But low and behold, she became pregnant with TWINS! Apparently, this family has no problems with infertility.

“‘Shocked’ doesn’t begin to cover it. During 17 years together, Ben and I had only ever got pregnant when we’d planned it. Now, here we were, having surprise twins. My doctor was very honest and said he couldn’t know how the pregnancy was going to play out.”

The doctors ordered her to bed rest for 19 weeks in order to help with any potential complications. But luckily, Lauren didn’t seem to suffer any. After 37 weeks, Maya and Evie were born each weighing about 5 pounds.

Ben and Lauren are through the moon with their family and decided to take measures to prevent future pregnancies; Lauren had her fallopian tubes tied. She said, “Ben and I are one super-fertile couple, and now we’re happy with things just as they are.”