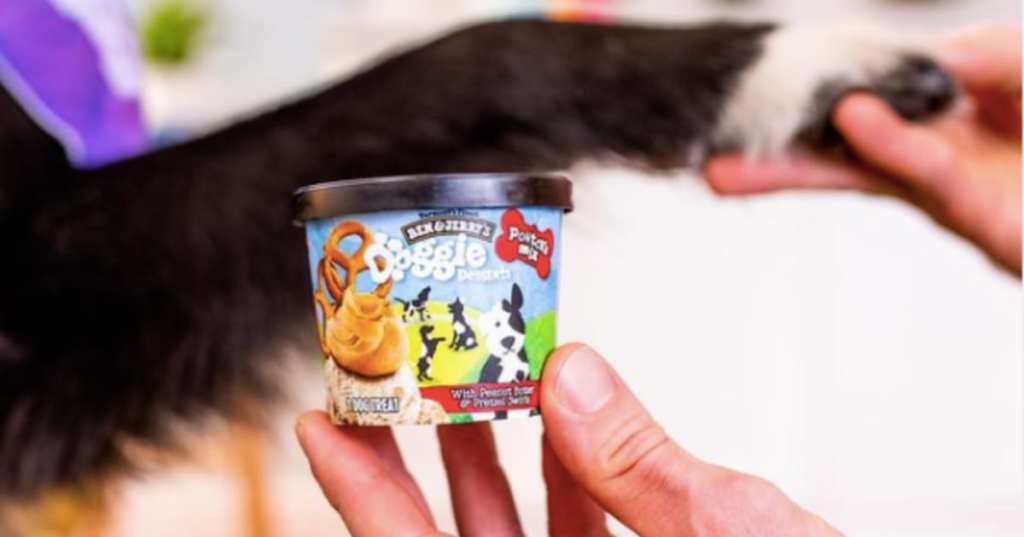 Their ice cream is delicious, the flavors are superb, their names are on point, they’re always consistent, and yeah, it’s totally worth the money.

Throw in the fact that they’re also active in the social justice arena, and I mean, what’s not to love?

We all know that dogs love ice cream just as much as we do, but we also know that dogs really aren’t supposed to have our delicious human foods, for myriad reasons.

Now, though, Ben & Jerry are coming through for the dogs of the world, too, with a line of yummy treats made just for man’s best friend.

The new “Doggie Desserts” are made from sunflower butter, which makes them safe for dogs to enjoy. There are currently just two flavors, Pontch’s Mix – peanut butter and pretzel swirls – and Rosie’s Batch, which is made with pumpkin and mini cookies.

You can take a look at the office dogs of Ben and Jerry’s if you want to know more about what inspired the names, but I mean…they sound and look delicious, and I’m not even a dog.

The mini cups will be somewhat less expensive than what we pay for human pints, coming in at $1.29 each, or $4.49 for a multipack.

They should soon be available at pet supply stores and other spots, too, so keep an eye out.

A post shared by Ben & Jerry's for Dogs (@benandjerrysfordogs)

The next time you Netflix and actually chill with some Ben & Jerry’s Netflix and Chill’d, your dog can join in, too.

What could make a household happier than that?