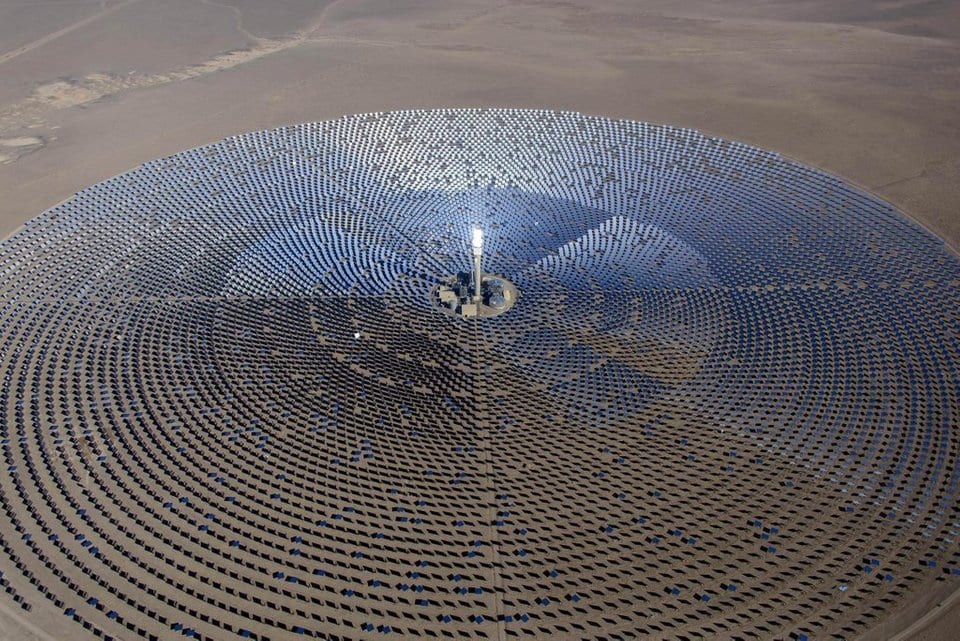 A $1 billion solar plant has flamed out worse than a Kardashian relationship.

According to a Bloomberg report, the Crescent Dunes plant located outside of Las Vegas has generated far more controversy than power since it opened in 2015. Built with technology that was outdated even during its construction, the solar power plant has become a giant sore spot in the solar power industry.

Flew over the Crescent Dunes solar thermal tower in Nevada. 110 megawatts of molten salt energy powered by the Sun's rays — even from far off this thing was hard to look at this thing without hurting my eyes. pic.twitter.com/cyO4e8A5cx

Instead of providing a more efficient and environmentally safe fuel source, the plant has become a financial albatross. And SolarReserves Inc. and ACS Cobra, the two companies involved in the highly expensive Crescent Dunes project, received more than $700 million in government loan guarantees.

Unfortunately, the results simply didn’t measure up in comparison to modern solar power plants. The Bloomberg report pointed out that the plant cost about $135 per megawatt-hour compared to less than $30 per MWh at a new Nevada photovoltaic solar farm.

The $1 billion, 1,500-acre Crescent Dunes farm was supposed to provide 110 megawatts of power. However, that pales in comparison to other renewable power projects, including a plant recently approved by the Trump administration that will span 7,000 acres and provide 690 megawatts of solar energy.

Commercial ops began in 2015, but less than a year later the facility went offline because of a “massive leak in the hot salt tank." The plant was supposed to generate 482,000 megawatt hours a year– but in the first half of 2017 it generated nothing at all. *Zero electricity.*

There is certainly no shortage of interest or funding involved in solar technology. The Department of Energy’s portfolio includes $38 billion in projects similar to the Crescent Dunes project. Other entities such as the Department of Defense, NASA and the U.S. Air Force continue to fund university research in similar areas.

Of course, there is always risk involved in backing any new technology or large-scale infrastructure projects. Though Solyndra got a lot of heat for crashing and burning, a number of other non-renewable energy plants have had similar stories, or worse, like a $9 billion failed nuclear power plant in South Carolina. Plus, the United States spends hundreds of billions of dollars of unrecoverable money on baked-in subsidies for oil and gas companies, so this question of where the public invests is really is a matter of social priority.

Yet, taxpayers do shoulder the burden when failed projects are partially backed by public funding. For example, Crescent Dunes relied on $737 million in taxpayer money – funds that will likely not be repaid.

The plant, which as we’ve mentioned was technologically out-of-date before it even opened, only ever operated at 20 percent efficiency – a far cry from its target of 50 percent. Moreover, the plant killed local wildlife due to its heat-focused mirrors before it was shut down in April 2019.

Ultimately, Crescent Dunes proved to be a billion-dollar mistake that, unfortunately, leaves a black cloud hanging over the solar power industry right at a critical time in the world’s fight against climate change.