The Bone Crunching Wipeout That Made Evel Knievel a Legend

Before December 31, 1967, Robert “Evel” Knievel was a little-known daredevil who traveled the country performing death-defying stunts on his motorcycle in front of crowds of varying sizes. But that day everything changed. 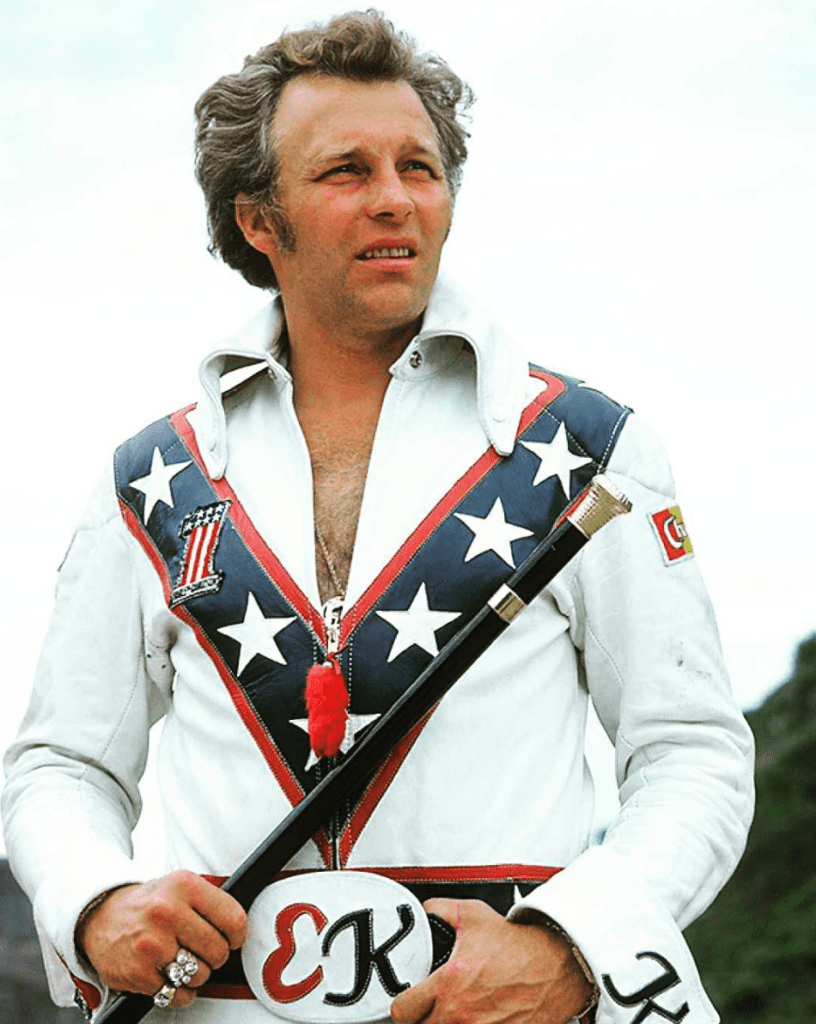 Knievel had always been a risk-taker and a successful self-promoter. He was known as a troublemaker in his hometown of Butte, Montana, and the town was too small to hold back the ambitious Knievel for too long. He competed in rodeos and ski-jumping competitions, and he even played semi-pro hockey for a while. But it was his love for motorcycles that made Knievel a household name.

Knievel was in Las Vegas, Nevada to see a boxing match in November 1967 when he first glimpsed the fountains at Caesars Palace hotel and casino. He immediately decided that jumping them would be his next big move. Knievel started making phone calls to Jay Sarno, the CEO of Caesars Palace, impersonating journalists and lawyers who were interested in Evel Knievel’s big upcoming stunt (that hadn’t even been set up yet). This hype paid off, and when Knievel finally approached Sarno and Caesars Palace as himself, he was welcomed with open arms.

The date of the jump was set for December 31, 1967. Knievel tried to persuade ABC to air the stunt live on Wide World of Sports, but the network declined, telling the daredevil that they would buy the film if the stunt turned out to be as momentous as Knievel claimed it would be. Instead, he hired a director to produce a film of the jump. ABC would later buy the footage of the famous crash.

Before Knievel ventured outside to perform his jump, he lost his last $100 at the blackjack table and had a shot of Wild Turkey at the bar. It was time for Evel Knievel to make the move from obscurity to superstar. 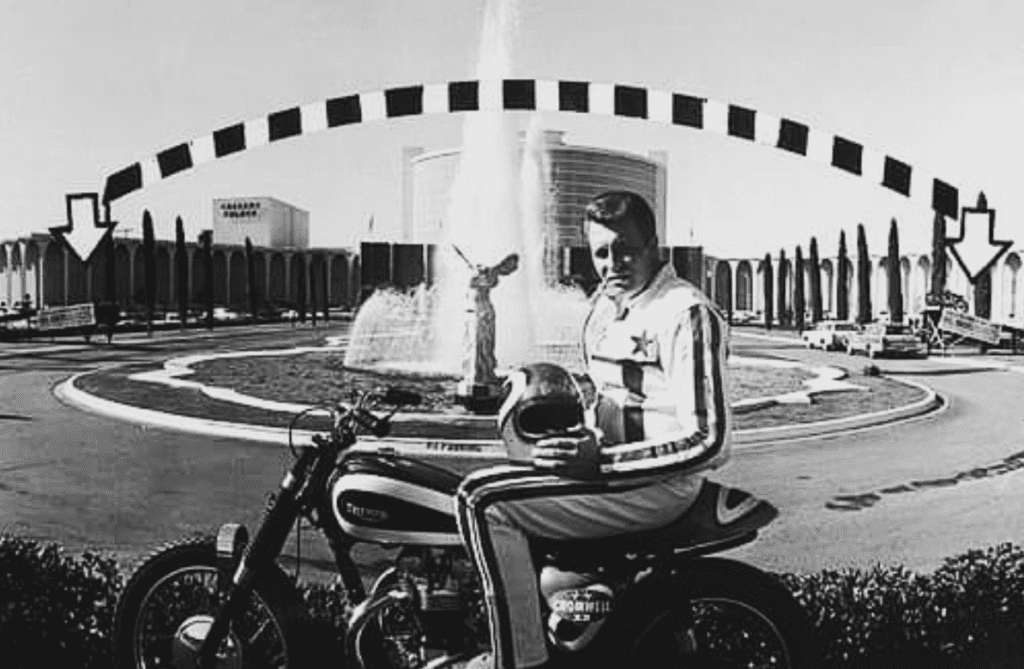 The length of the jump was 141-feet over the fountains. Clad in his trademark, patriotic red, white, and blue jumpsuit, Knievel climbed upon his Triumph. He accelerated and hit the ramp. Knievel cleared the fountains and it looked like he was going to land safely. And then, disaster hit. The rear wheel of the Triumph hit the edge of the ramp as Knievel landed and everything went downhill from there. 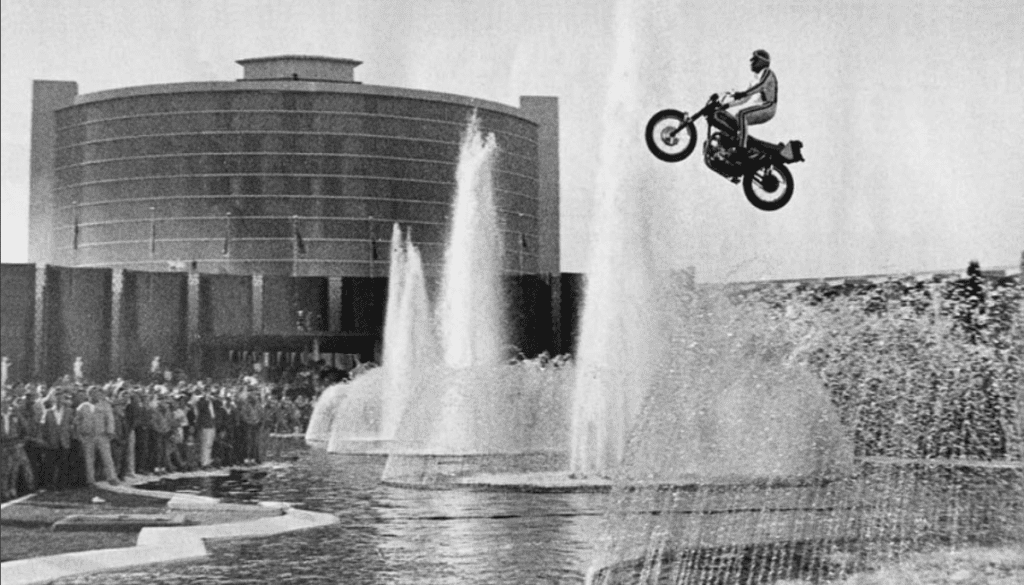 Spectators gasped as Knievel flipped over his handlebars and slammed into the pavement. His body was then rolled several times, being thrown like a ragdoll as his motorcycle crashed. When Knievel finally came to rest, he was rushed to a hospital. The outlook was grim. He had suffered severe fractures to his pelvis, femur, one wrist, and both ankles. The daredevil spent a month in the hospital, but had achieved his goal: Evel Knievel was now a household name.

On the last day of 1967, Evel Knievel woke up a virtually unknown man. By the end of the day, he was an American legend. Thus began a lifetime in the limelight, performing spectacular stunts with varying degrees of success. Knievel died in 2007 at the age of 69.

Take a look at a video of that spectacular tumble below.

“Say You Love Satan”: The Case of Ricky Kasso, the Acid King