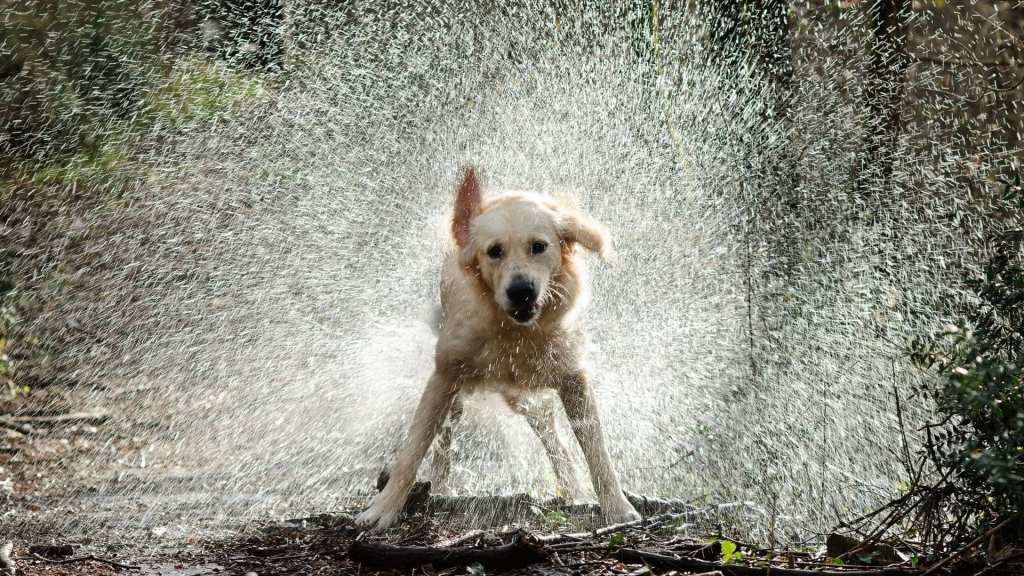 What Can We Learn from a Wet Dog’s Shake?

According to Bonnie Kane, who owns the Royal Pet Beauty Shop, they all do it.

“Once they feel the water start hitting them, they generally start shaking, and the colder the water the more they shake. Some of them shake so uniquely. It’s pretty funny.”

According to science, a dog’s shake is more effective than we ever suspected. In fact, thanks to their loose-hanging skin (their backbone can only rotate 30 degrees, but their skin can swing a full 90 degrees), they can shake themselves up to 70% dry in less than a second. Now, researchers are looking for ways to re-create the technique in order to improve our human lives with better washing machines, dryers, painting devices, and the list goes on and on. 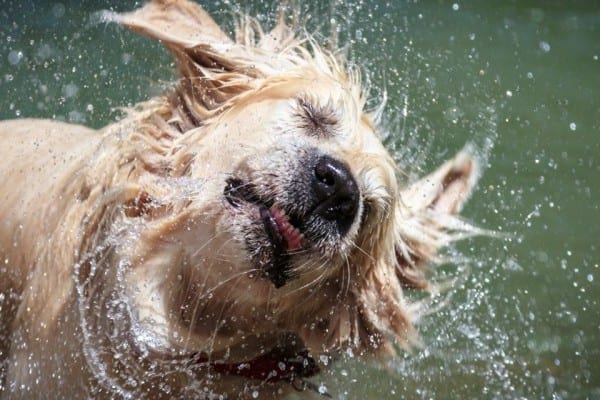 Researcher David Hu even believes that the techniques could improve the way robots like the Mars Rover function. The robots struggle with reduced power due to the dust that gathers on solar panels.

Basically, if we could learn to harness this simple piece of evolution for our own use, the gains could be endless. So the next time your dog’s shaking soaks you, maybe take a good, long look instead of shrieking at him to stop.

Hilarious Pictures of 12 Animals Doing Something For The First Time