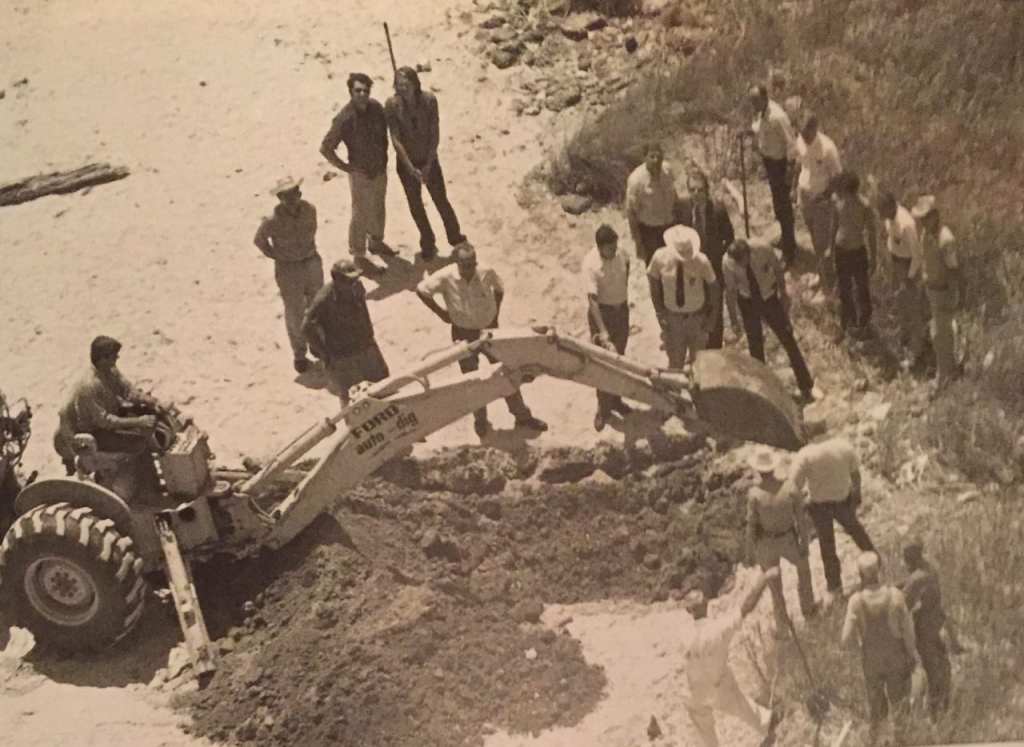 The Candy Man: Dean Corll and the Houston Murders

With the aid of two young accomplices, serial killer Dean Corll carried out a brutal series of murders in the early 1970s that continues to haunt Houston, Texas to this day. The man nicknamed “The Candy Man” was responsible for at least 28 killings over a 3-year span, before he met his own demise at the hands of one of his young proteges.

Dean Corll was born in 1939 into a contentious family; his parents divorced, remarried and divorced again while he was still a child. His mother remarried – to a new man, Jake West – when Dean was 16, and the whole family moved to Vidor, Texas, where Mrs. Corll and her second husband started “Pecan Prince,” a small candy company. Dean Corll and his brother Stanley both worked for the business (operating out of the family garage) while attending school. Most of the family’s business was in Houston, so Corll’s mother and stepfather relocated there and opened up a candy store. After he graduated from high school, Dean Corll relocated to Houston as well, where he continued to work for the family business.

In 1963, Corll’s mother and stepfather divorced, and his mother opened up her own candy shop called “Corll Candy Company.” Soon after opening the new business, a teenage male employee complained that Dean Corll made inappropriate sexual advances toward him. Corll’s mother fired the young man. Dean Corll spent almost a year in the U.S. Army in 1964-65, and he realized during this time that he was a homosexual. After his military service, Corll returned to Houston and resumed working at the family candy company. Corll earned the nickname “The Candy Man” because he frequently handed out free candy to young kids in the area. Corll also befriended many young boys in the area, some of whom would hang out around the candy shop. 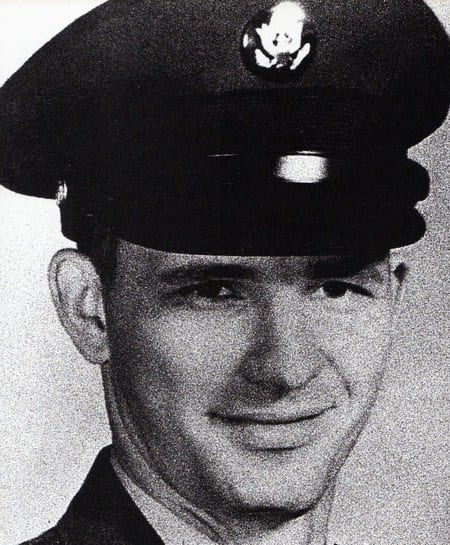 Corll befriended a 12-year-old boy named David Brooks in 1967. The boy was from a broken home, and he initially looked up to Corll as a father figure. After a while, the friendship between the two developed into a sexual relationship, in that Corll would pay young Brooks for sexual favors. In 1968, Corll’s mother closed the family candy company and moved to Colorado, so Corll switched occupations, finding work as an electrician. In 1970, Corll and his young friend David also embarked on a new venture: murder.

With the help of Brooks, Dean Corll would lure young boys and men, mostly from the low-income neighborhood of Houston Heights, into his car with the promise of a party at his house. Once at Corll’s house, there was no escape. The young boys were supplied with drugs and alcohol, then strapped to a “torture board” that was two-and-a-half feet wide and eight-feet long. The victims were forced to endure unspeakable horrors, as Corll would rape, torture, and eventually murder the youngsters by strangulation or gunshot. Corll buried the many bodies in four separate locations.

In 1971, Corll recuited another young boy from the area to help him and Brooks lure victims to their deaths. His name was Wayne Henley, and he was only 15 years old when his association with Corll and Brooks started. Corll offered Brooks and Henley $200 for each victim they supplied him. Henley later told authorities he participated in the grisly scheme because his family needed the money. The group of killers did not discriminate: some of the murder victims were hitchhikers, some were kids just minding their own business, and some were friends of Brooks and Henley, unknowingly lured to their deaths by their trusted peers. 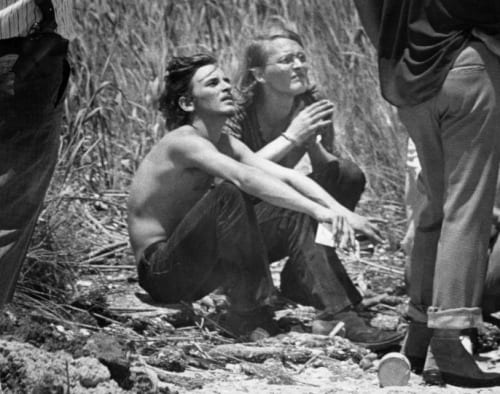 People began to notice that an alarming number of young people were disappearing from the Houston Heights neighborhood. In March 1973, Corll moved to Pasadena, a suburb of Houston, and for months he did not murder any young boys. But in June and July, 1973, Corll – assisted by Henley and Brooks – ramped up his killing at a frenetic pace, murdering 7 people. Corll killed his final victim on August 3, 1973, a 13-year-old boy David Brooks had abducted for him.

Four days later, on August 7, Henley brought a couple of his teenaged friends, Tim Kerley and Rhonda Williams, with him to Corll’s house. Corll was furious that Henley had brought a girl into his house, and the two argued out of earshot of Kerley and Williams until, suddenly, Corll seemed to calm down. Henley returned to the ‘party,’ and the three kids drank, smoked pot, and huffed paint fumes until they all passed out. While they were unconscious, Corll tied up Kerley, Williams, and Henley. When Henley awoke, Corll, his mentor and partner in crime, told him he was going to kill him for bringing a female into his house. Henley begged for his life, eventually convincing Corll that he would help him murder Kerley and Williams if he was untied. Dean Corll relented and released Henley from his bindings.

The two murderers carried the teens to Corll’s bedroom and strapped them down onto the torture boards. Corll began to beat and torture Kerley, and he ordered Henley to cut off Williams’ clothing with a knife. Rhonda Williams awoke and pleaded with Wayne Henley for her life. Something in Henley’s misguided brain snapped – he turned and told Dean Corll, the man who had taught him to kill, “I can’t go on any longer. I can’t have you kill all my friends.” Henley grabbed a gun and threatened Corll, who approached Henley, shouting, “Kill me, Wayne!” Henley shot Corll several times, killing him and ending the murder spree. Henley freed Williams and Kerley, and the three called the police. When officers took them to the station, Wayne Henley decided to unburden himself, and he confessed to the 3-year murder spree that he had helped facilitate. Henley led police to the burial sites, and 28 victims were identified. 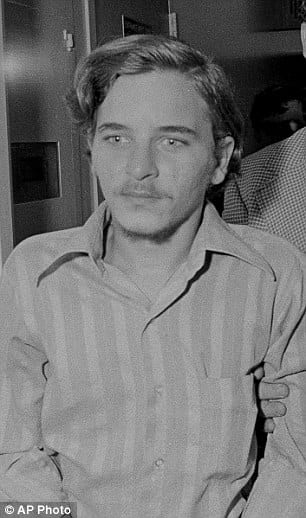 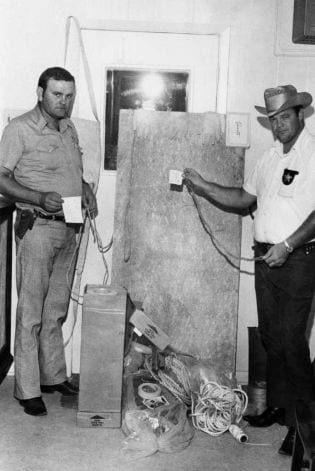 Wayne Henley and David Brooks stood trial and both were sentenced to life in prison. Today, Henley and Brooks are both in their 60s, and they continue to serve their sentences in Texas prisons.

“Say You Love Satan”: The Case of Ricky Kasso, the Acid King
The “Co-Ed Killer”: The Twisted Life of Edmund Kemper
The Irish Assassin: Vincent ‘Mad Dog’ Coll
4 Unsolved Murder Cases That Will Give You The Creeps
This Man Thinks He Knows Who The Zodiac Killer Is – His Father
“Born To Raise Hell:” Richard Speck and the 1966 Chicago Nurse Murders
This Real-Life Murderous Couple Inspired Bruce Springsteen’s “Nebraska”
Sentenced to Life, but the Bodies Were Never Found: A True Crime Tale from Kansas
The Real Life Inspiration for Pigman in “American Horror Story: Roanoke”
Can You Guess Which President of the United States is a Murderer?
Amelia Earhart May Not Have Died in a Plane Crash After All