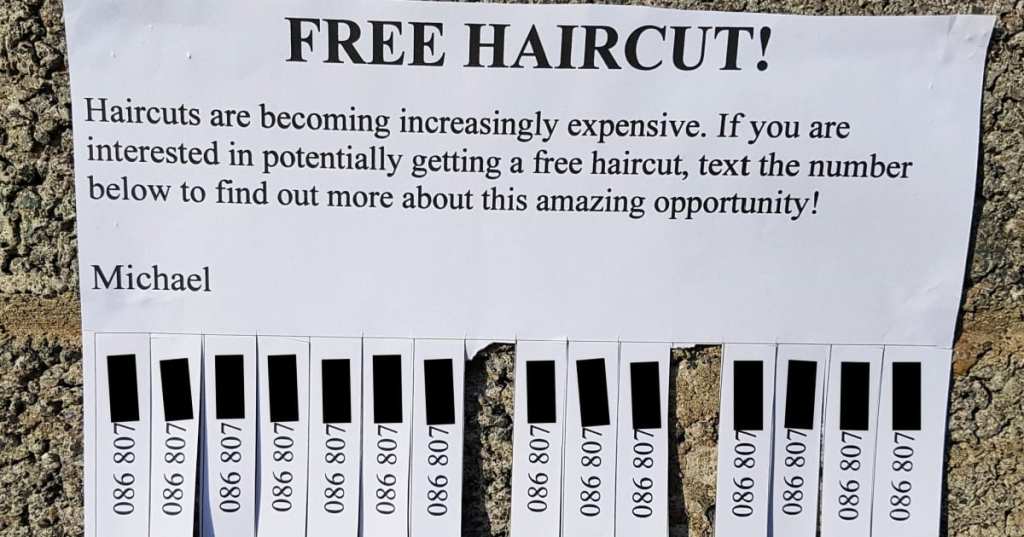 Check Out This Hilarious Tactic for Getting a Free Haircut

Let me say up front that I don’t endorse scamming anyone (other than The Man) for free stuff. People like hairstylists are trained and work hard for their money, and should be paid accordingly.

That said, people and their brains can still be pretty funny, and this advice on how to get a free haircut for yourself – and someone else – is just begging to be shared.

The plan was concocted by comedian and Twitter personality Sir Michael, but he needed a second person to really put it into action.

So, he advertised in his neighborhood for a Free Haircut on one of those tear-off paper ads. 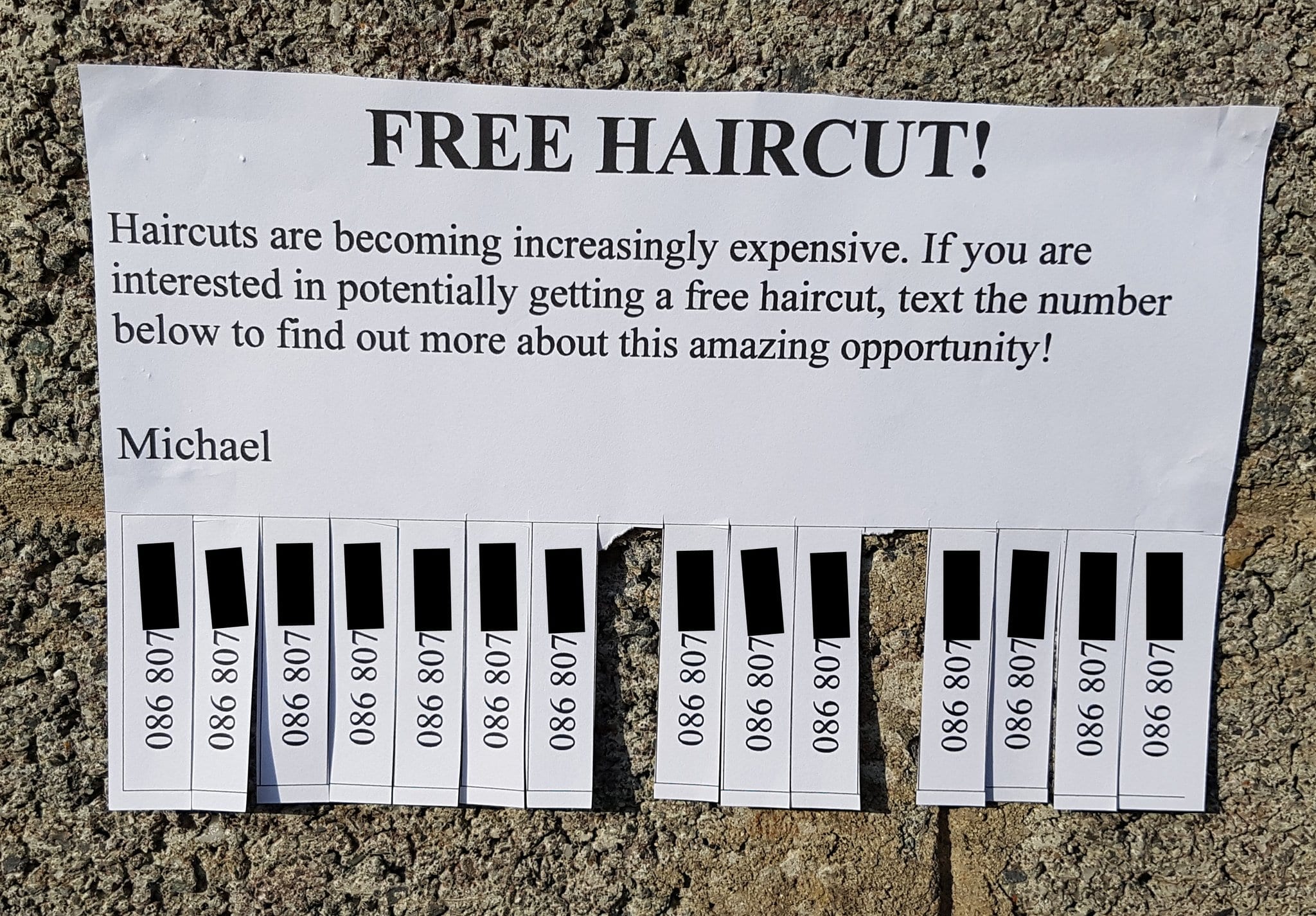 To be fair, he did use the word “potentially.”

Which led to a pretty amusing text conversation in which Sir Michael explained his plan for getting them both a free haircut. 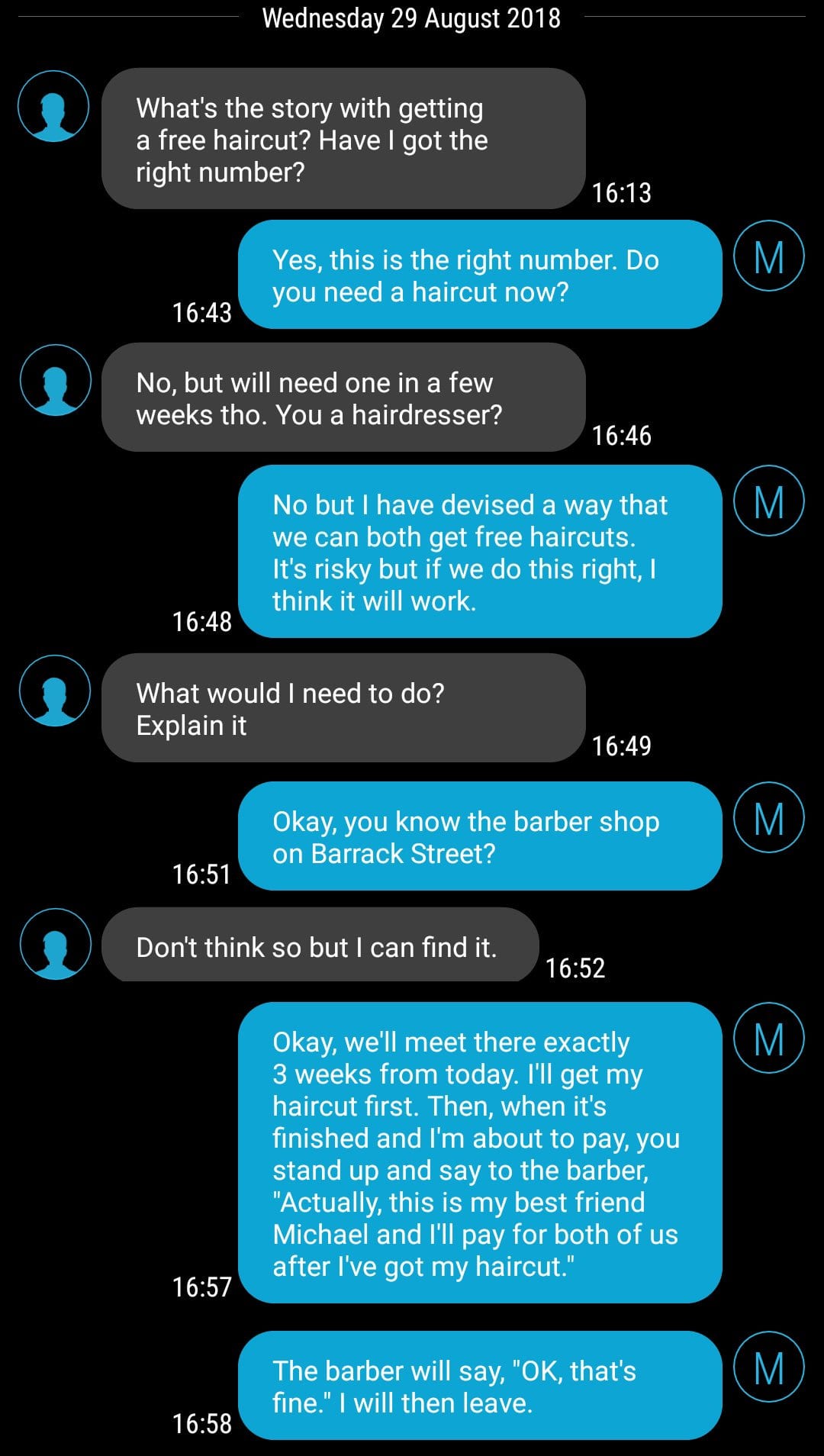 The first part of the plan is they meet at a barber shop.

Michael gets his haircut, then just as he’s about to pay, his new cohort steps up and says they’re friends and he’ll pay for both haircuts after his.

The guy stops him, figuring this is just a scam to get some random to buy Michael a haircut, but the comedian assures him there is more. 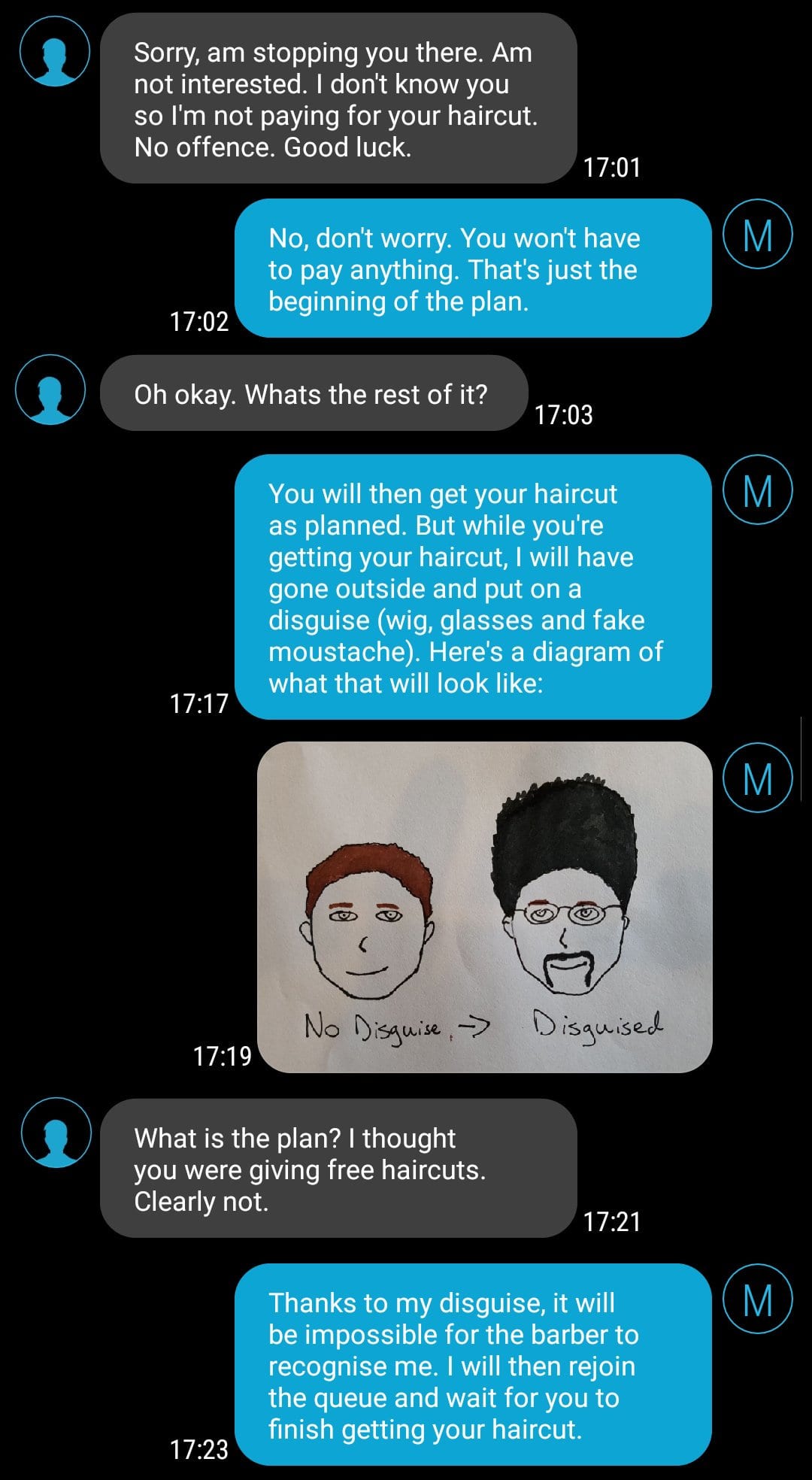 Sir Michael explains he plans to come back wearing a disguise and repeat the process, while his new friend changes into a disguise and returns, repeating things on a loop until the barber loses track of them and they don’t have to pay.

The other guy, who just thought he was going to get a free haircut, perhaps by a student barber, says he is out. 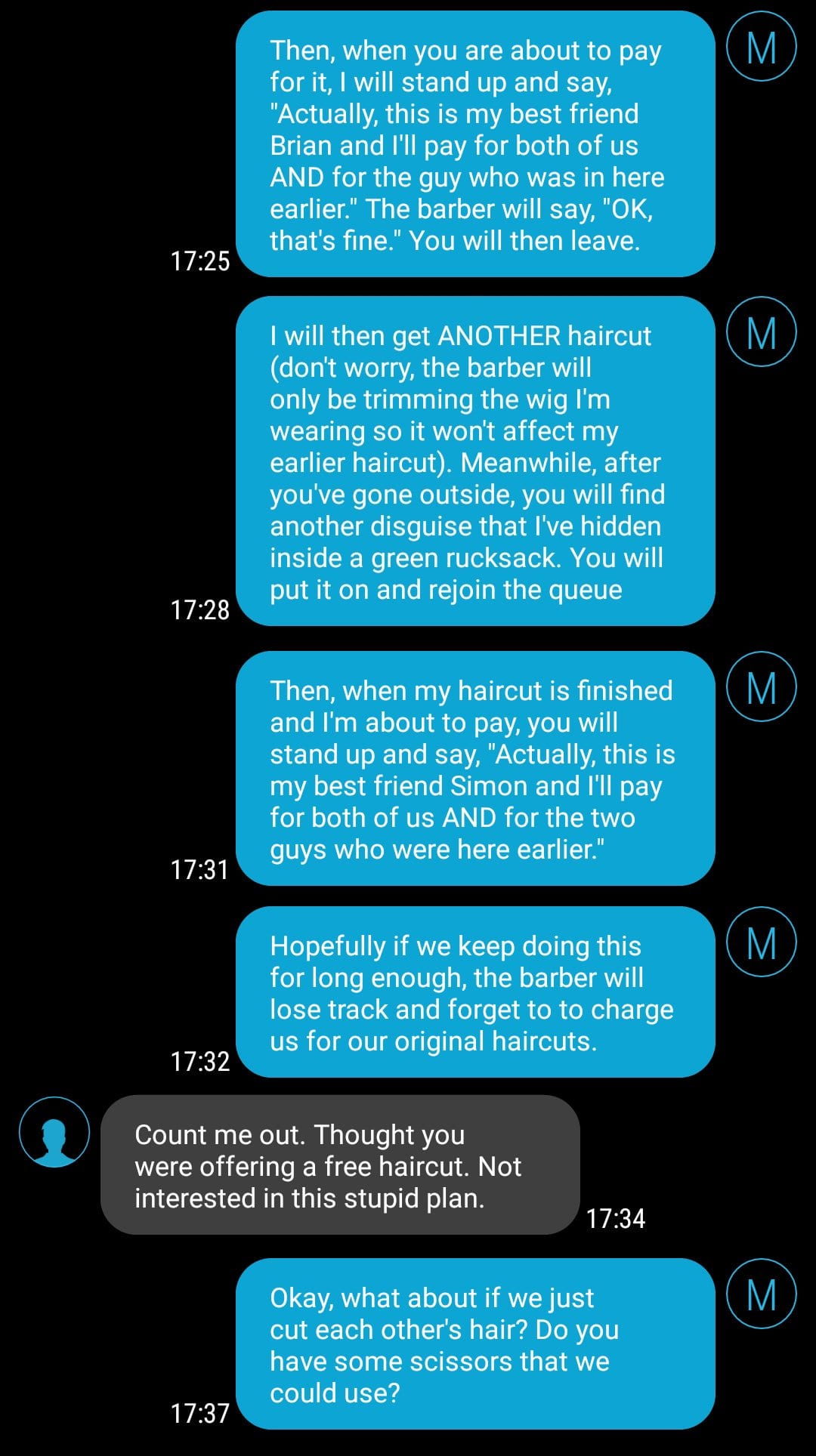 He doesn’t reply to Michael asking if he has scissors and maybe they could just cut each other’s hair.

This is what can happen when you’re not afraid to look like an idiot in front of human beings you don’t know, y’all! Fun!

Would you have texted this number?

I wish someone had responded who would have called his bluff and gone along with his plan, don’t you?