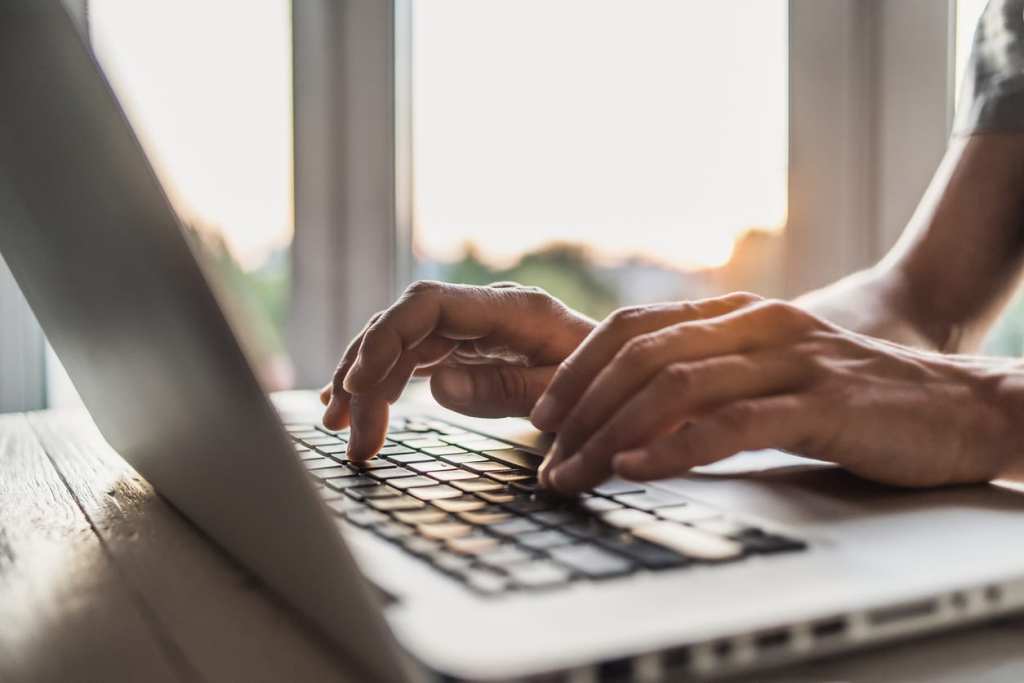 The Reddit page “Am I the A**hole?” is intended to help people figure out whether they’re in the wrong in a particular situation.

It’s supposed to help with genuinely ambiguous situations — where it’s not clear if someone messed up or not. But sometimes, the answer is unanimous, because some people are just the worst and they don’t always know it.

In one recent post, someone asked if they were the a**hole for hiding their roommate’s laptop outside and subsequently getting it stolen.

I know the title sounds bad but please hear me out.

This is my first year in college. Everything is working out fine EXCEPT for my roommate. Ever since I moved here I just can’t stand him. Why? I can write a whole story about why I despise this person but I don’t wanna keep this long so I will just mention the key points.

Luckily though, I would rarely see him because I would spend most of my times at either the library, gym or with friends or my girlfriend after classes. Now though, because of what is happening, I must stay in the house which is killing me.

I now have to work out and study at home. I like to jump the rope as a cardio exercise for 10-15 minutes which can make some noise. 2 days ago, while I was exercising he told me to stop jumping rope and find something else because I make too much noise. I got so pissed off because I never complain when he does things that bother me but now he can’t even handle some noise for 10 minutes? I told him I won’t stop so he just went back to his room. Yesterday though when I wanted to work out again I couldn’t find my rope. I asked him if he has seen it and told me he HID IT from me and will give it back to me when he finishes studying as he can’t concentrate. I got so pissed off because again IT’S JUST 10-15 MINUTES, maybe 20 with breaks in between. I never complain when he bothers me but he can’t even handle this. Because of this, I hid his laptop when he was out today. While I was working out, he asked me if I had seen his laptop and I told him I will give it to him after I finish working out. He said he has an online exam tomorrow and that he needs it now to revise but I refused to give it. I’m physically stronger than him so he can’t do me anything either. He just went back to his room.

Well. When I finished working out he asked for the laptop back. I went outside to get it but I couldn’t find it anymore. I think someone must have stolen it. I told him I couldn’t find it and he told me that if I don’t give his laptop back today he will press charges on me but he has no proof so I doubt it will work. He is blaming me for stealing his laptop but I just hid it because he tried imposing restrictions on me. I didn’t know it will get stolen. Today I even caught him stalking me on social media. I called him out on this.

AITA for this? Or did he go too far?

Long story short, the roommate is now threatening to press charges — which this person thinks is somehow unfair.

Needless to say, everybody voted that this person is the a**hole here.

Who hides a laptop OUTSIDE of all places?! Yikes. 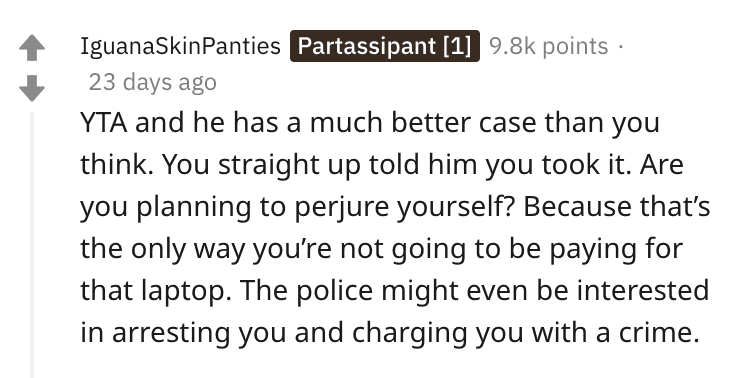 Some even thought that, technically, this person is the one who “stole” the laptop first.

Also… what’s with that toilet thing? 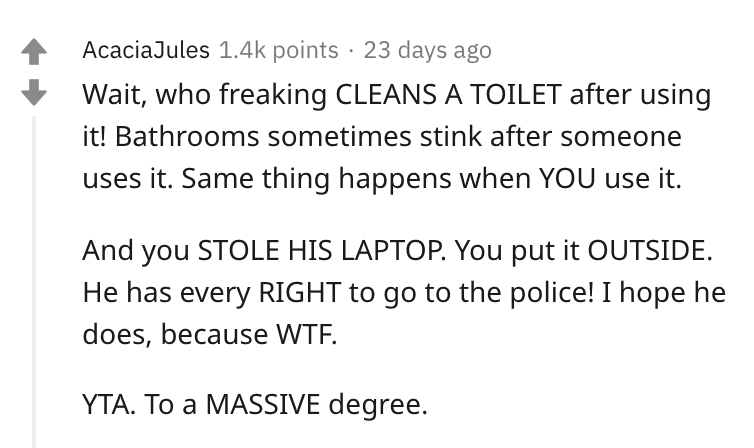 One person called him out for acting like his roommate acted like a little kid when he did something so childish. 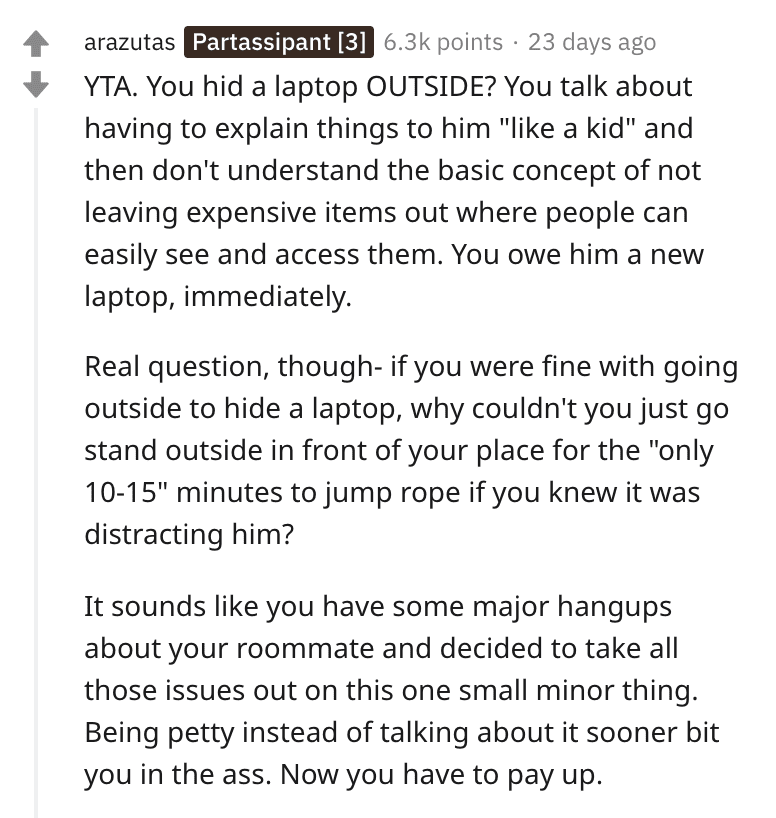 Fingers crossed that this guy learns from his mistakes… But don’t hold your breath.

Have you ever run into somebody this clueless? Share your story in the comments!