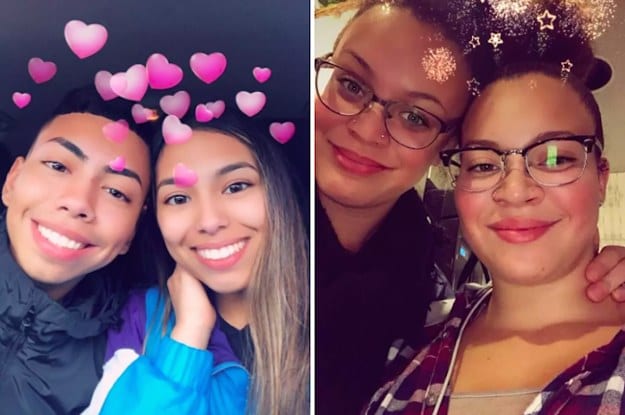 Couples Are Sharing How Much They Look Like Each Other

Earlier this month, Twitter user @jrsandres shared a selfie of him and his girlfriend looking all cute and couply. He captioned it with “the loml [love of my life] is truly my doppelgänger. #crazy” 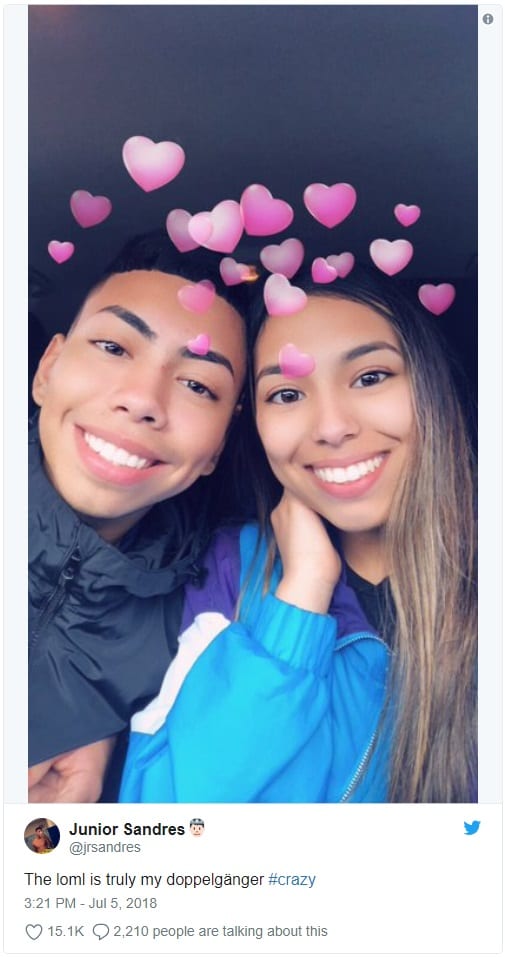 The resemblance definitely is pretty uncanny! It’s not just a fluke either, as he’s taken and posted several other selfies that prove just how similar their faces are.

People also made plenty of jokes.

Eventually, however, it inspired a whole thread of couples sharing their own photos of how similar they look… 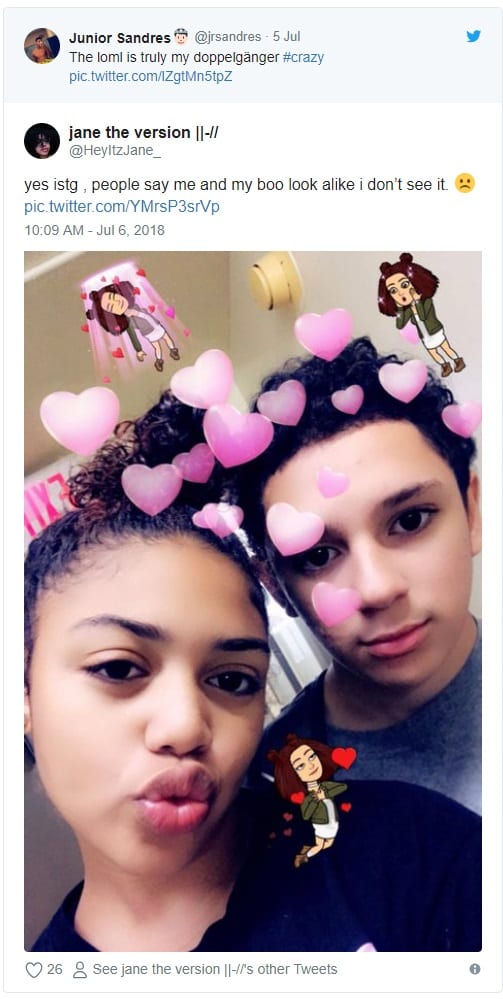 … And it was kinda insane.

Desiree Domenici, the girl in the photo above, told Buzzfeed News that her family teases that she’s found her “long-lost brother.” She doesn’t mind, though, and says she and her boyfriend joke that it’ll be funny when they have kids and start to “argue about who the kid looks like more, because we look similar in the first place.”

Couples who already had babies were able to take things even further. 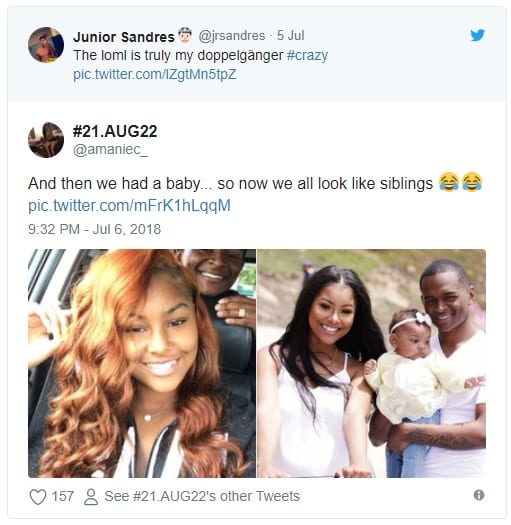 It turns out there are a LOT of people who relate to looking similar to their significant other. 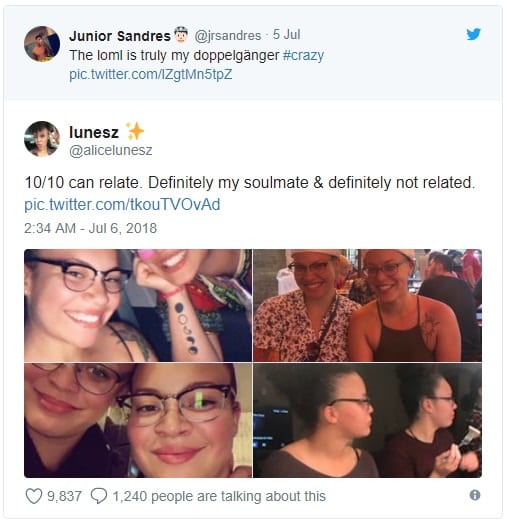 I have to admit, my wife and I definitely have some similar features too. Are we all just closet narcissists who fall in love with people who look like us? Is there something else at play? Is it just total random weirdness, or perhaps a sign of how people start to resemble each other over time?