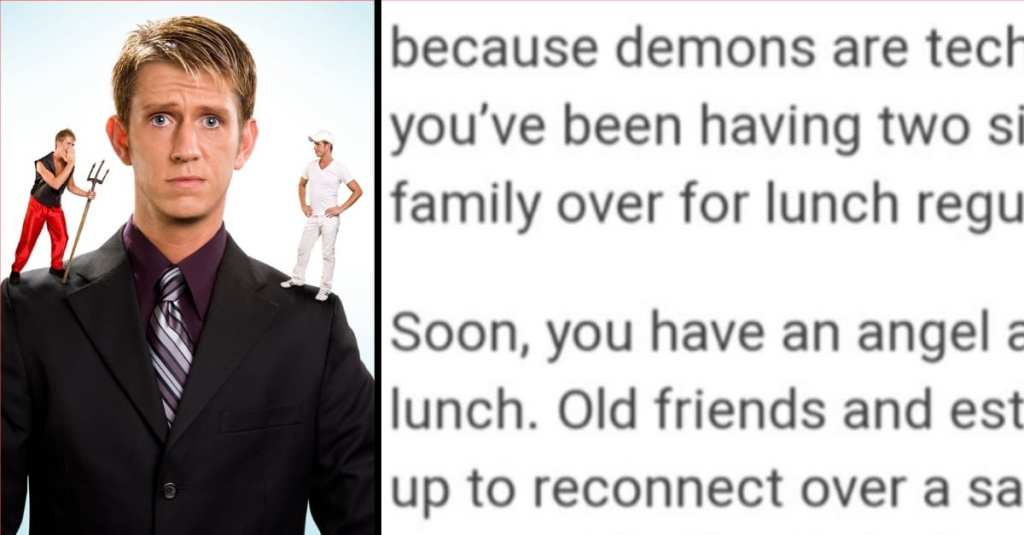 But… we also all know that in the real world, there’s a little bit of dark and light in each of us.

People on Tumblr decided to play with this idea a bit, and ended up imagining a world where angels and devils bond over their sandwich selections.

Because honestly.,. why not?

It all starts when someone accidentally summons a demon while putting their own sandwich together. 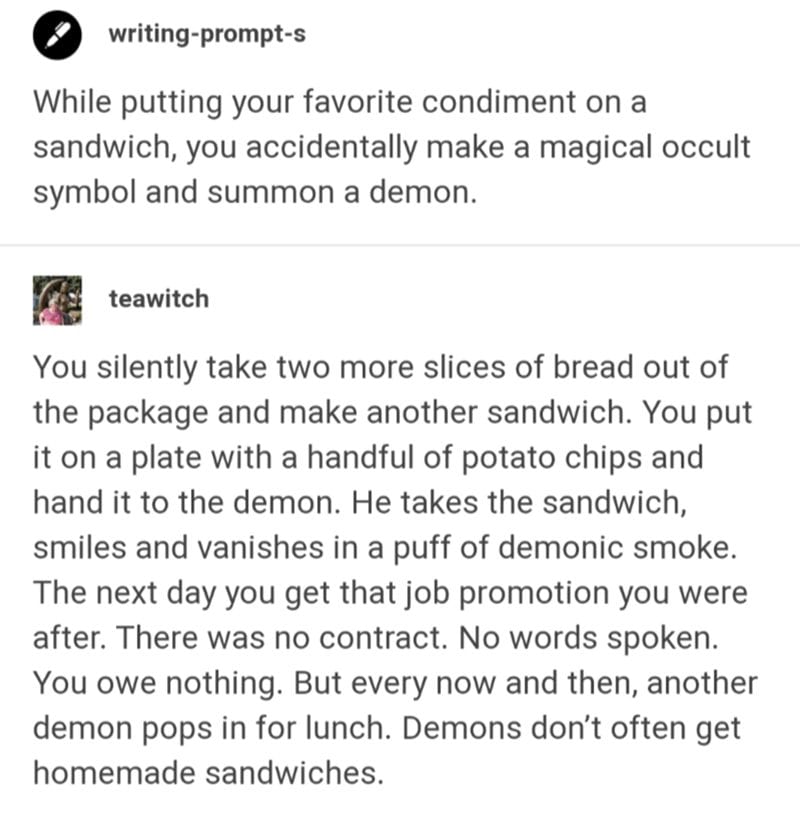 See? Demons can be nice, too!

The next person decided to keep the story going, and made it even more fun. 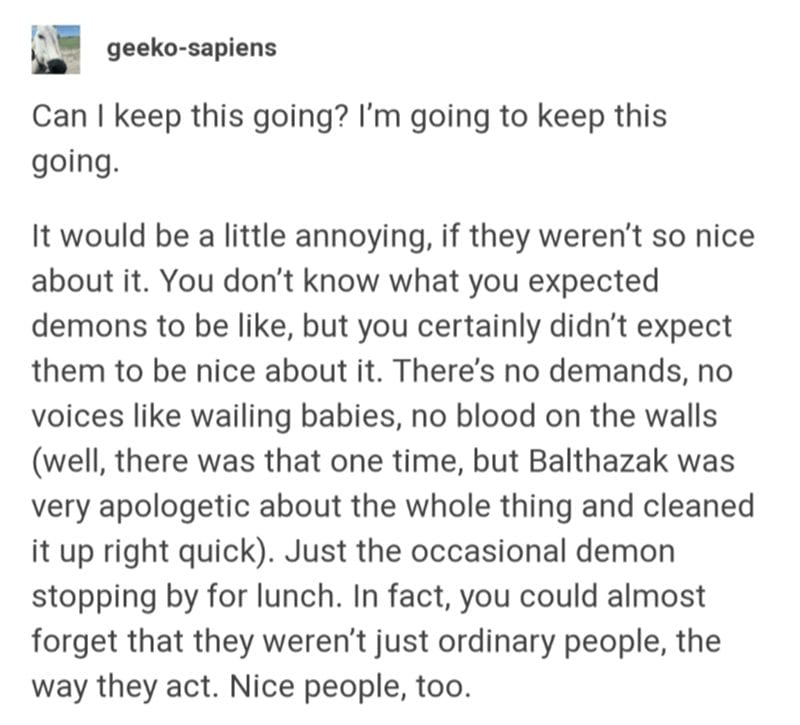 Eventually, the demons reveal that they’re totally into having conversations about the same stuff most of us like. 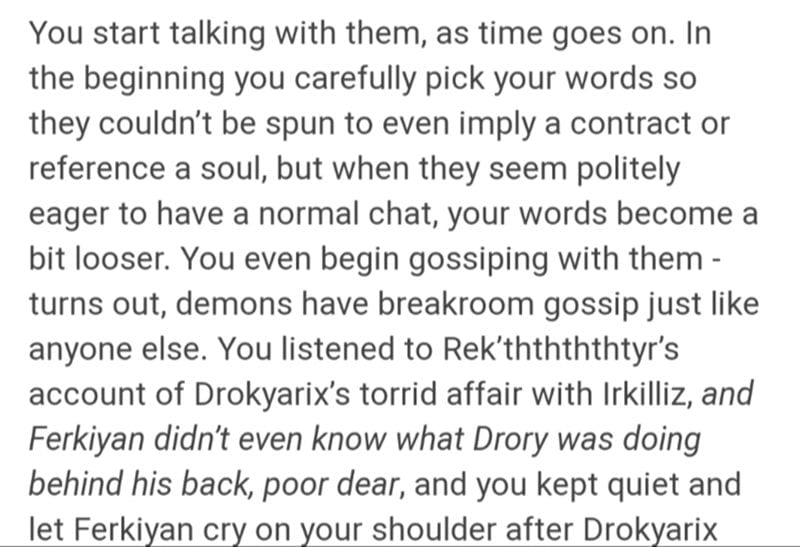 The demon even ends up just coming over to hang out and be themselves, sandwich or no sandwich. 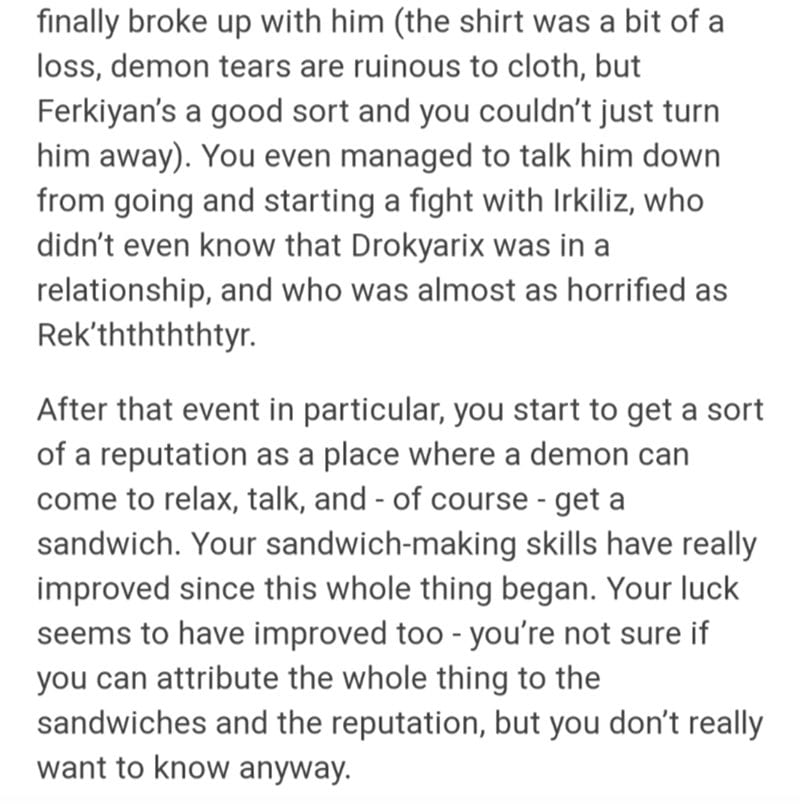 It’s all fun and games until you realize the angels have caught wind of the fact that someone is summoning demons. 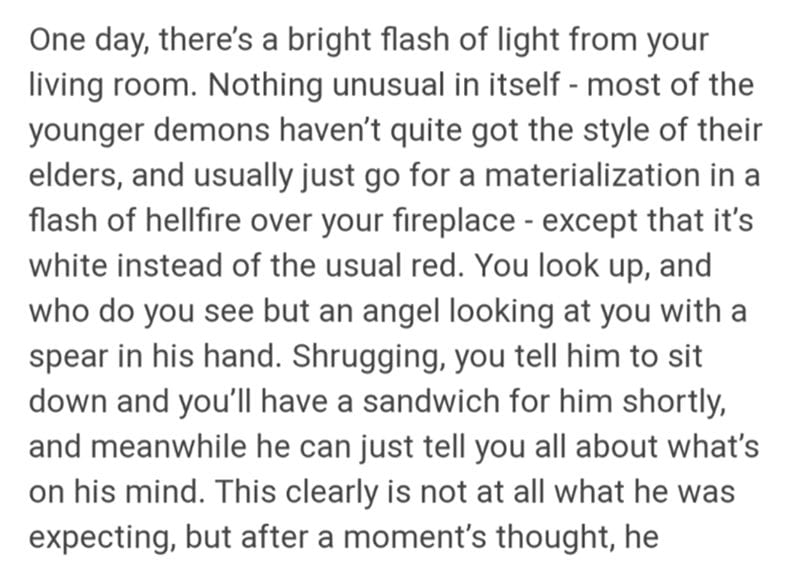 It turns out the angel was sent for a different reason… but now he’s game to join in on the fun. 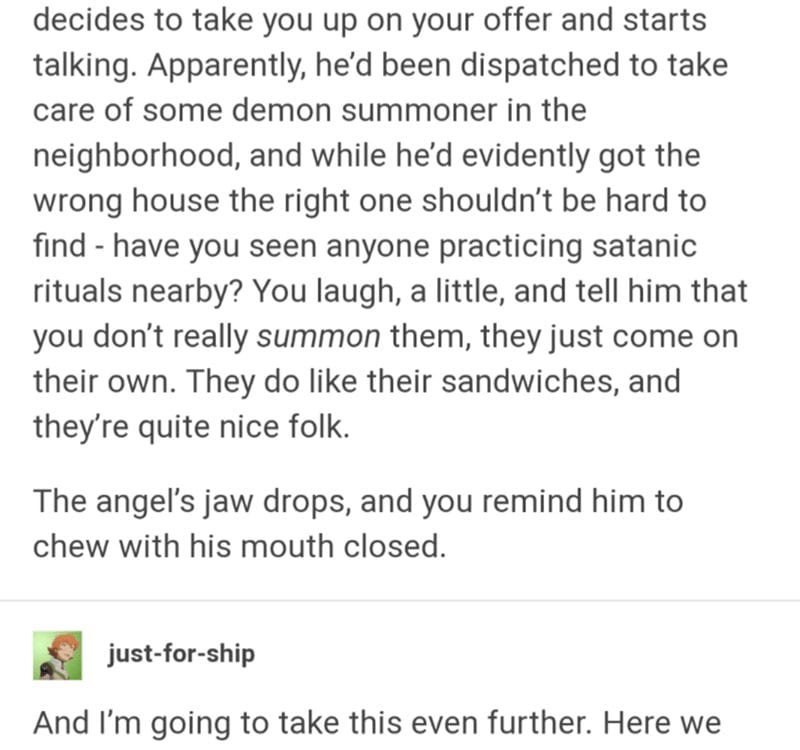 The angel is confused, but also kind of into it? Maybe.

Soon, the angel is bringing their friends. 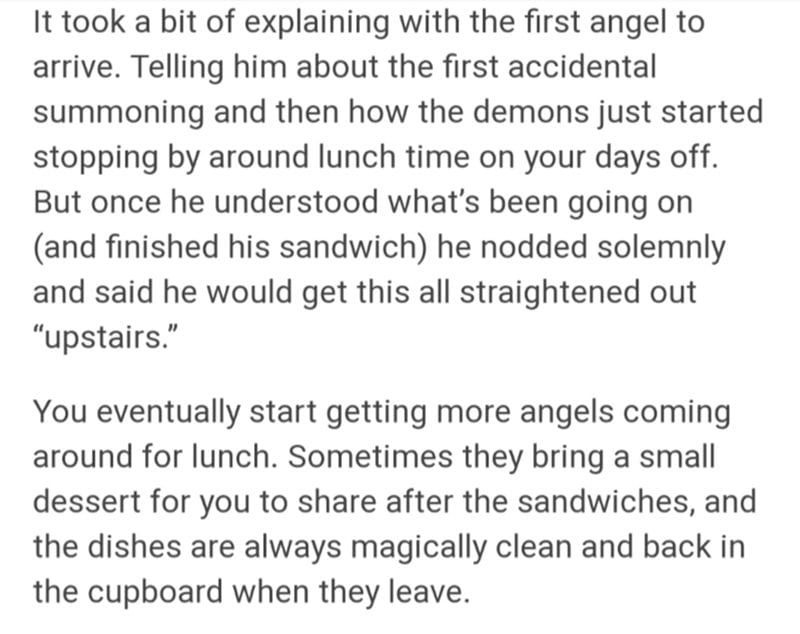 It turns out that while the angels don’t really have a lot of personal drama to share, they’re extremely into Earth’s drama.

Eventually, of course, the angels and the demons meet. 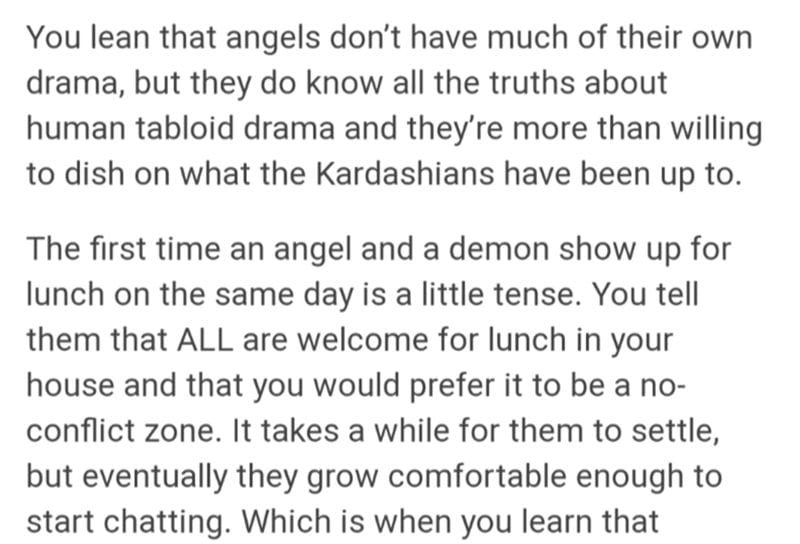 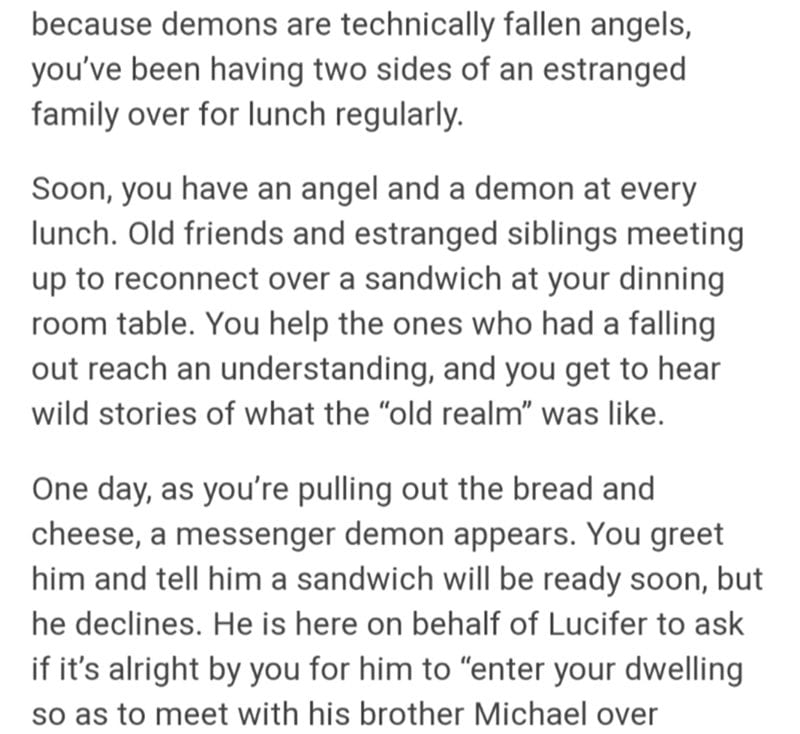 We all knew Lucifer and Michael were going to meet up, right? 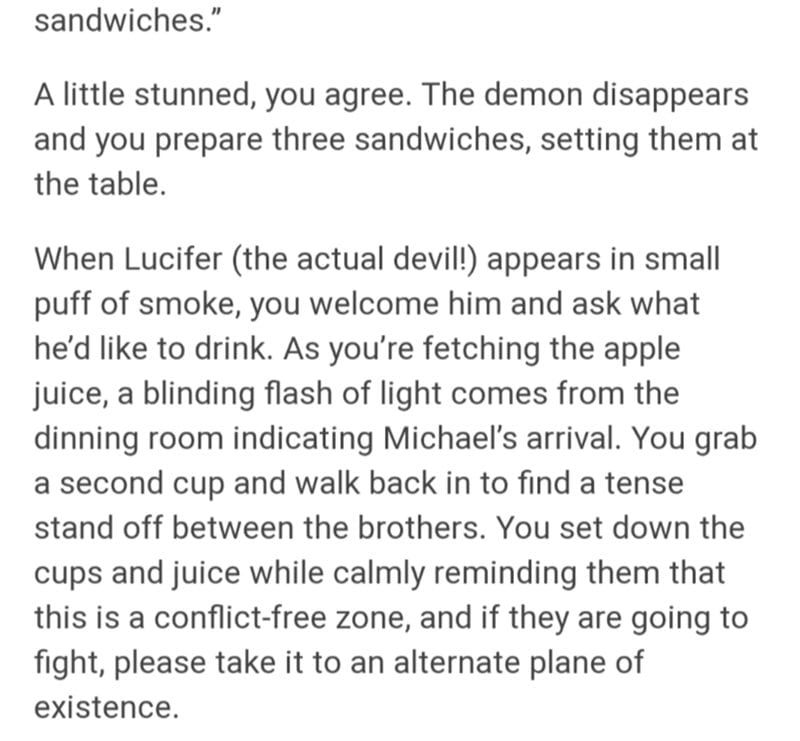 Who doesn’t love to bond over food and drink?

It all really sounds quite lovely. 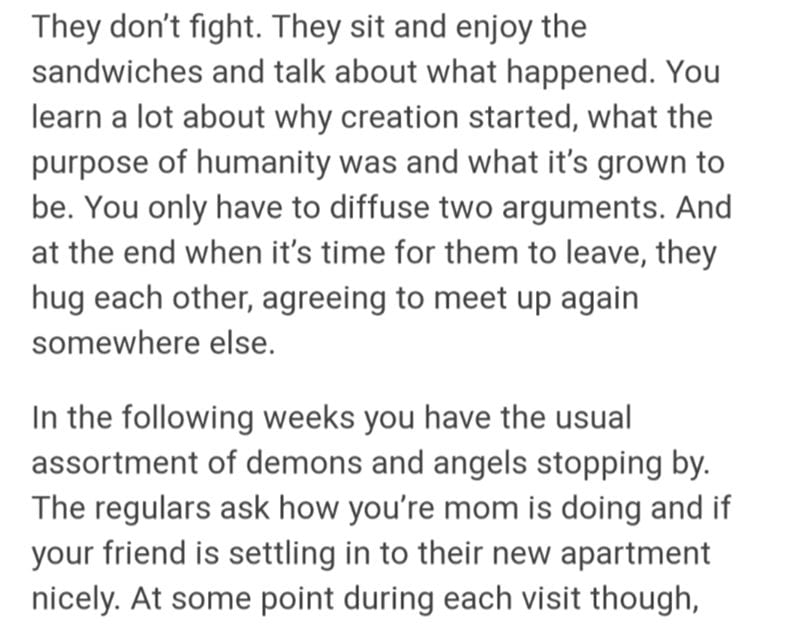 But of course, the rumor mill is still running. 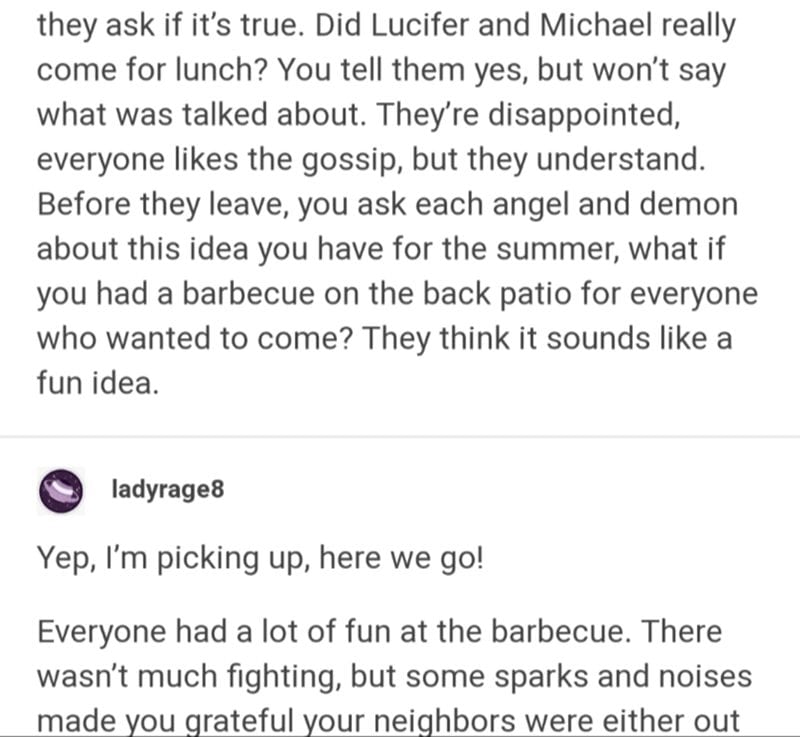 Eventually, even the top guys want to see what exactly is going on at your house! 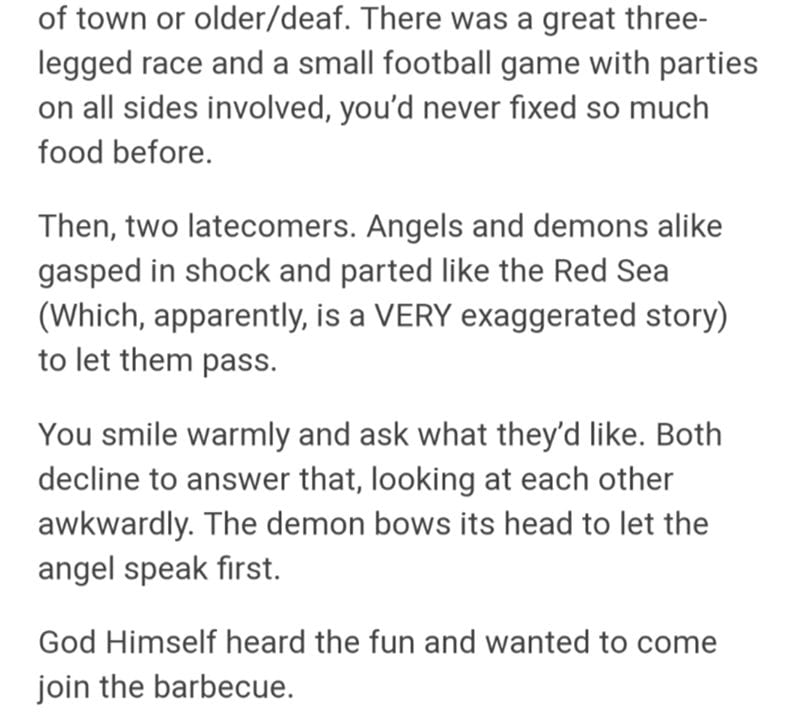 Alas… not all fights can be mended over sandwiches. Maybe next time!

Don’t you love this story? Don’t forget to share it with your friends, and let us know what you think in the comments!