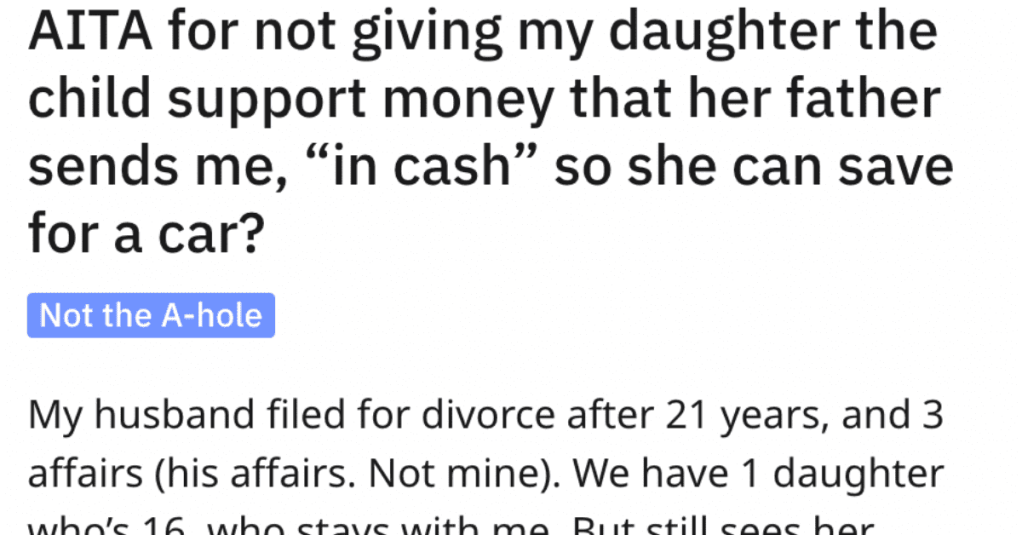 Does This Girl Deserve The Child Support Her Mother Receives So She Can Save For A Car?

Divorce is never easy on anyone involved, whether it’s the children who might feel like it’s their fault or the adults who feel guilty for breaking up a secure home.

In this woman’s case, her 21-year relationship ended with her being paid both alimony and child support, but since she doesn’t need either to get along month-to-month, she’s been saving the money for her future.

She also has full custody of their daughter, though she sees her father often – since she’s a teenagers, pretty much when she likes.

My husband filed for divorce after 21 years, and 3 affairs (his affairs. Not mine). We have 1 daughter who’s 16, who stays with me. But still sees her father quite often. Although I technically have full custody.

7 years ago I was awarded 21 years of alimony for me (just over 8400 a month), and the court ordered him to make child support payments (1800 a month) until my daughter is 18. He didn’t want shared custody of her (he still gets to see her), and thought it best if she was with me.

Now the thing is that I don’t use the child support for the intended purposes. The alimony is mine to do with what I want. I save it for retirement. And live off my own income.

Since the daughter knows her mother doesn’t need the cash – but still refuses to buy the daughter a car, how dare – the daughter wants the child support money “in cash” so she can get one for herself.

Mom is saving the money for college, and both she and the girl’s father agree this is the correct course of action.

But as for the child support: I keep it all in an account for my daughter. My daughter has told me she, “wants it in cash”. Now that she has a drivers license. After I refused to buy her a car. So that she can save it. She doesn’t want to get a job cause she’d rather focus on school.

But I refuse to give her the 1800 a month that her father sends. She says I have, “no right”. I’ve been saving it for college for her.

My ex agreed with me on the matter.

The daughter also brings up that her mother could use the alimony she’s stashing away to buy her a car.

Mom is wondering if she’s being a little tight with the extra cash, or if maybe since the child support is technically for her daughter, she should be able to use it as she sees fit.

Alimony is relevant because she claims instead of saving it I could use it to get her a car, since I don’t actually use any of it. I live on my own income.

My ex husband and I got married when we were 18.

Reddit is going to weigh in on the matter below!

The top comment is that the support is for her care, not her car, and that saving the money instead of using it for food and utilities every month is already kind. 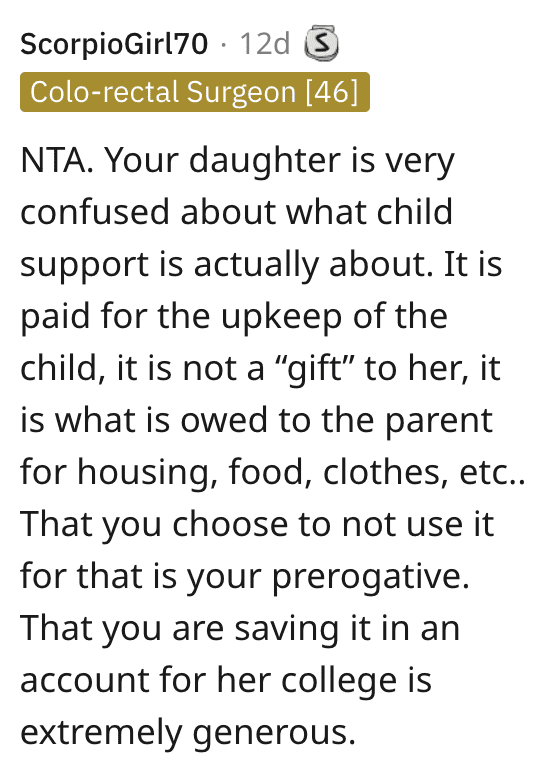 This person thinks the daughter needs some lessons on what it actually costs to maintain a warm home filled with lights and food every month. 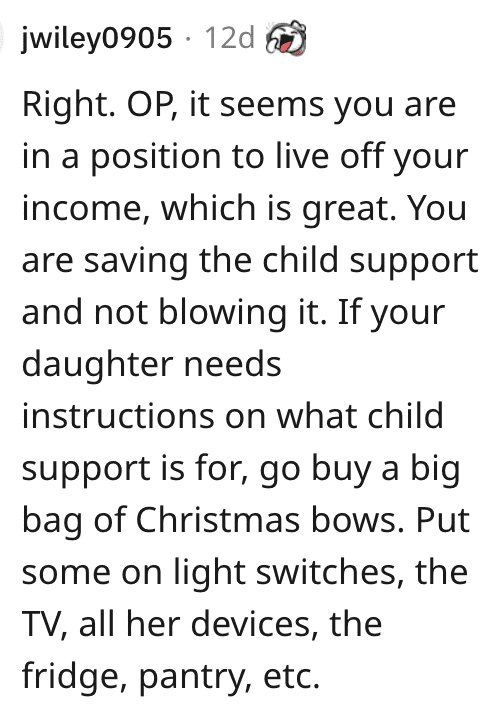 It’s probably about time she started to grow up. 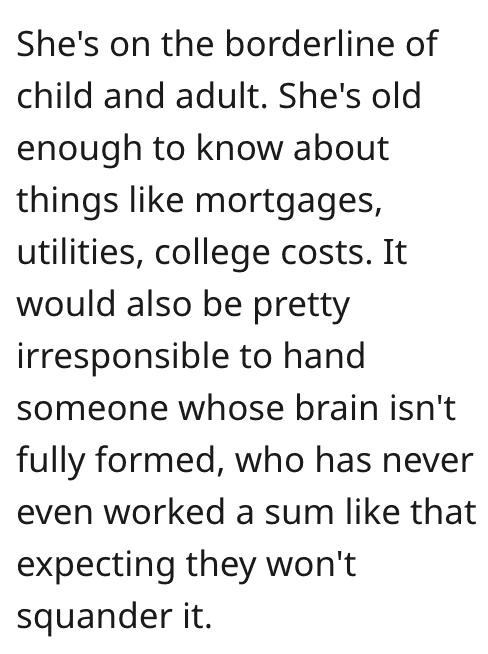 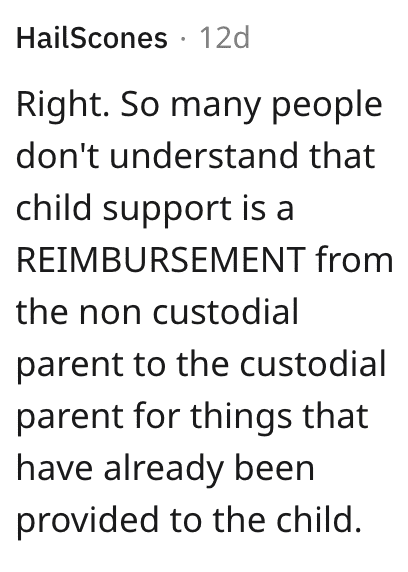 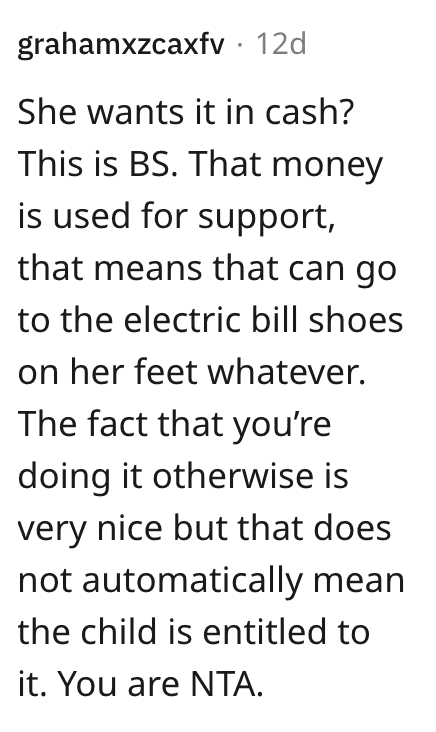 The bottom line is that both parents agree the money is best spent saving for college, and if she doesn’t need it for that for whatever reason, maybe they can discuss gifting the money to her for another big purchase in her future.

How would you handle this if it were your daughter? Let us know in the comments!