Don’t Worry, Millennials — Steak Umm Has Your Back

Sometimes it can seem as if everything wrong in the world gets laid at the feet of the millennial generation, despite the fact that most people seem to think “kids today” are millennials. The truth is that millennials are largely in their late twenties to early thirties, are married, and have already started their families.

What is true about millennials is that, on the whole, they’re not experiencing the “American Dream” that this country afforded their parents, or at least not in the same way. So you can criticize them all you want, but like this viral Twitter thread from Steak-Umm points out, that doesn’t change the reality of life for most millennials, and (one would assume) the generation behind them, as well.

Oh and fun fact — in case you’re as clueless as I was before I found the Twitter thread, Steak-Umm, sells thinly sliced steaks that are popularly used to make Philly steak sandwiches and the like.

Now that we’re all caught up, let’s take a look at the viral thread that’s a pretty awesome defense of millennials everywhere. 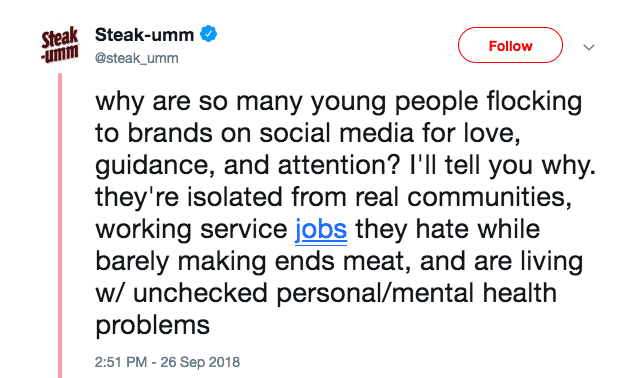 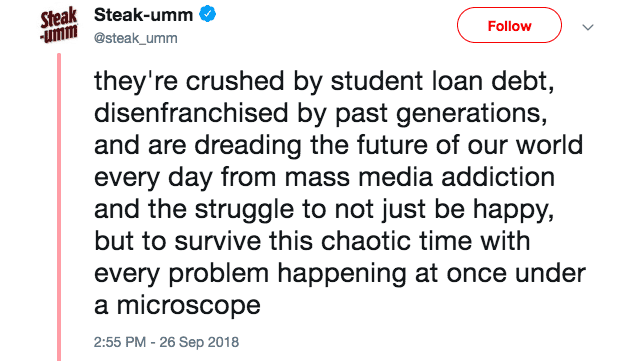 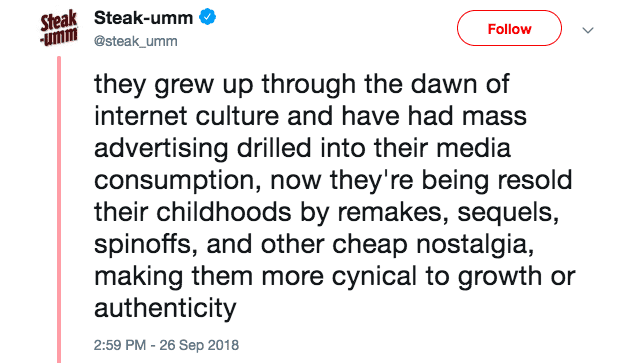 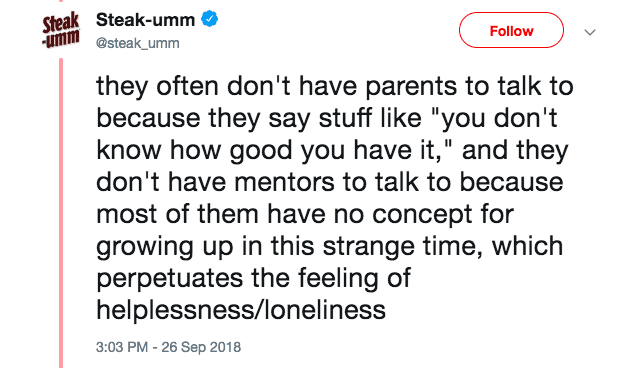 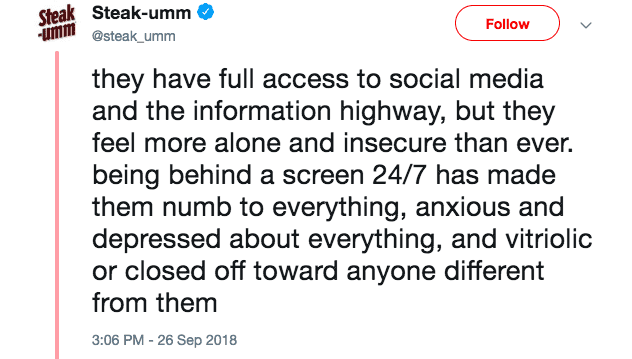 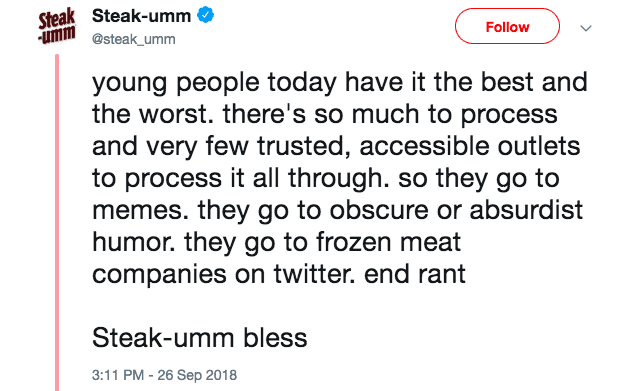 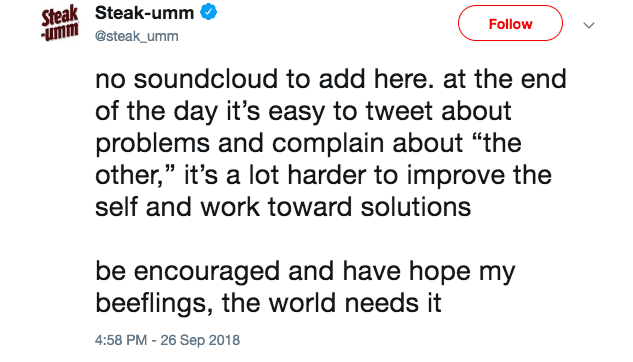 Be encouraged, Beeflings. Steak-Umms gets it, even if most other people don’t.