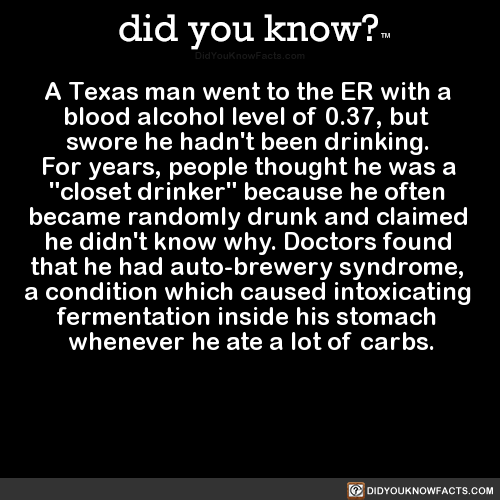 A Texas man went to the ER with a blood alcohol level of 0.37, but swore he hadn’t been drinking.

For years, people thought he was a “closet drinker” because he often became randomly drunk and claimed he didn’t know why. Doctors found that he had auto-brewery syndrome, a condition which caused intoxicating fermentation inside his stomach whenever he ate a lot of carbs.