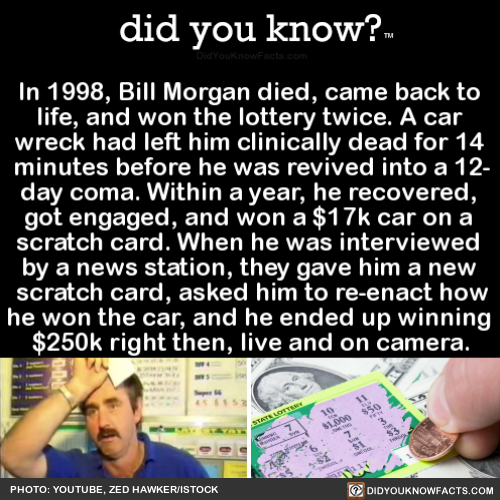 In 1998, Bill Morgan died, came back to life, and won the lottery twice. A car wreck had left him clinically dead for 14 minutes before he was revived into a 12- day coma. Within a year, he recovered, got engaged, and won a $17k car on a scratch card.

When he was interviewed by a news station, they gave him a new scratch card, asked him to re-enact how he won the car, and he ended up winning $250k right then, live and on camera.