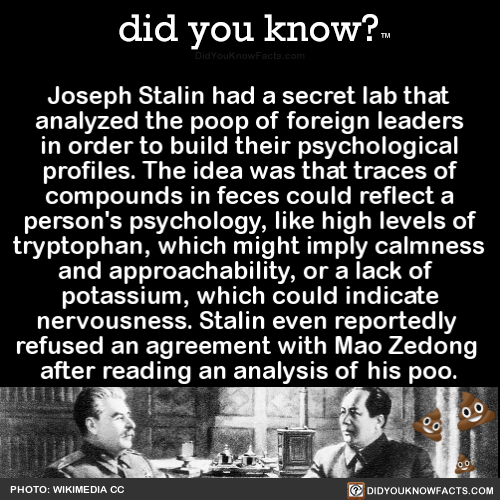 Joseph Stalin had a secret lab that analyzed the poop of foreign leaders in order to build their psychological profiles. The idea was that traces of compounds in feces could reflect a person’s psychology, like high levels of tryptophan, which might imply calmness and approachability, or a lack of potassium, which could indicate nervousness. Stalin even reportedly refused an agreement with China’s Mao Zedong after reading an analysis of his poo. Source Source 2