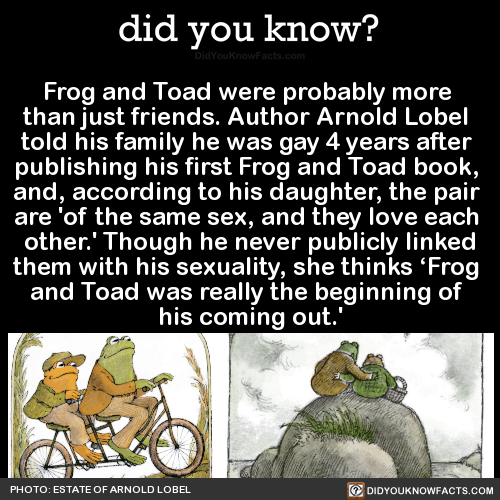 Source 1 Caption
Frog and Toad were probably more  than just friends. Author Arnold Lobel  told his family he was gay 4 years after  publishing his first Frog and Toad book,  and, according to his daughter, the pair  are ‘of the same sex, and they love each  other.’ Though he never publicly linked them with his sexuality, she thinks ‘Frog  and Toad was really the beginning of  his coming out.’   () 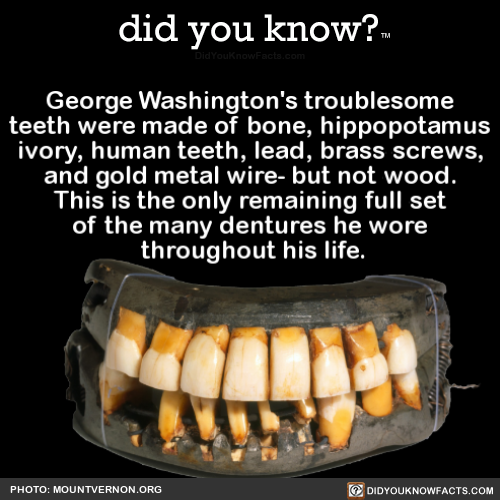 Source 1 Source 2 Source 3 Caption
George Washington’s troublesome teeth were made of bone, hippopotamus ivory, human teeth, lead, brass screws, and gold metal wire- but not wood. This is the only remaining full set of the many dentures he wore throughout his life.