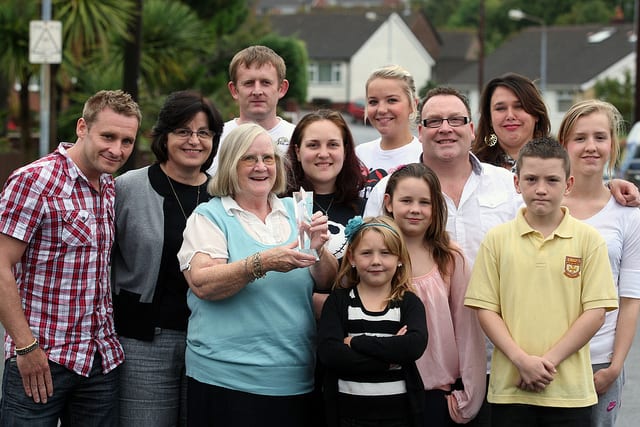 Being a foster child must be incredibly rough and confusing. But the flip side of that is that there are a lot of great foster parents out there who give kids unconditional love.

In this AskReddit article, foster kids share what their foster parents and families could’ve done differently.

“The first foster home that I was in, they had adopted daughters and the older one of the two would constantly terrorize Me by hitting me in the head and pulling my hair and pushing me and just all kinds of terrible stuff. And her younger daughter saw it and even went with me to the Foster mother and backed up my claims of what was happening but she still had me shipped off to another foster home and when she sat me down right before I left and asked me do you know why I’m having you moved? I said no and she said because I can’t have you telling lies about my daughter.

I said I’m not lying and she said well I think you are. Well I never saw her again thank God. I also wish that they knew terrifying it is to be away from home no matter how bad your home situation was. And to live with the knowledge that just as you start to get comfortable and get used to your living situation you can be moved at a moment’s notice. Also how hard it is to have to constantly switch schools and make new friends and try to keep up with the old ones. And to have your things thrown in a garbage bag in a quick move. It makes you feel like you’re worthless and that you’re garbage and that no one will ever really love you like they love their own children.”

“My third foster parent said to me that she would care more if the family dog or a stranger on the street got hit by a car and died than if I did. I think it was in the context of telling me her kid was priority. I was removed from that home a bit later.

I choose not to give that woman power over me anymore, either through anger or pain. But for a long time it sucked. She was a teacher at the school I continued to attend as well…

The great thing is we get to move on and choose not to be miserable people like they were.”

“First family I was placed with, I did not care for. They liked to punish you, and make you sit in your bedroom all day and all night. My sister and I were together at first, then she was causing problems so they put her in another home. Months later my social worker asked if I was happy where I was, I said no. I was about 6-7 at the time.

They put me in a new home, where the family was huge, and everyone was awesome. They wanted to adopt me but my dad took me out after about 3 years cause the state said he had to pay for me or something like that. Then my life went to hell with my step mom, and I spent summers with my foster family because they were loving, caring and just all around good people.”

“Try to remember that they were taken away from their homes for a reason, and there might be an enormous amount of “culture shock” for them in a normal household. My first foster family kicked me out for leaving a tissue on the floor and forgetting to replace the toilet paper roll twice in a row. I came from a hoarder crack house with no running water. For the first several years of my life, I had to use a coffee can to do my business and often times all we had to wipe with was old socks that then went into the trash. So… yes I was in the wrong there, but I still think sending me to a group home was a bit of an extreme reaction. In their defense I was their first foster kid though.”

“That threatening to “send me back” when I acted out, was really messed up. Also that I don’t take threats idly, as you found out.”

“You didn’t have to beat me with the sticks you broke off the bushes because I didn’t eat the veggies. I never had them before.”

“I wish they had understood that not letting me around other kids (I wasn’t allowed to socialize outside of school), telling me I was a rude kid, and making me stay in a dark room with nothing to do (they owned a mattress store, and when they were working and I wasn’t in school, I was sitting in the storage room on top of the mattresses (don’t worry, they were wrapped)), was really horrible for my health, and I have had lifelong medical issues because of it, which began while I was living there.”

“Someone should have asked me questions. Everyone laid back, letting me talk about things if I wanted to bring them up. Only I was never allowed to bring things up before and I thought their lack of questions meant I wasn’t supposed to talk about any of it. So I didn’t. This extended to other areas too. Once my parent’s rights were terminated, for example, I was free for adoption. They thought if wanted to be adopted, I would ask. But I couldn’t ask something like that, there was no way.”

“Obligatory not me, but my parents fostered probably twenty kids in ten or so years. They treated every kid that came into our home exactly as they treated their legal children: as family. The things we heard about other foster homes was horrific. One memory stands out most: we had siblings, a boy and girl come for a few months after severe abuse and neglect.

About a week in, we discovered that the girl was only eating half her food at mealtimes and hiding the rest in her room for her and her brother, which we learned is common for foster children. They aren’t always sure where their next meal may come from in an unstable home so they stock up just in case. Well my mom gathered her and her little brother up, marched them into the kitchen, opened up the pantry and fridge and told them that they could eat whatever they wanted, whenever they wanted so long as it was eaten in the kitchen or dining room because she wanted to make sure it wasn’t going to go stale or attract bugs in their bedrooms.

I was maybe ten at the time, the kids were seven or eight and six. They both were just stunned and kept asking, “even this? Even these?” And my mom kept assuring them that anything they wanted was theirs to eat whenever they were hungry. Both kids cried and hugged her. I never realized how privileged I was until I saw children crying over cereal and granola bars. They had literally never been in a home where they were able to eat when and what they wanted. She even made sure that they went shopping with her so they could choose foods they liked.

Both kids were significantly underweight when they moved in and when they left to live with family out of state, my mom was thrilled to tell the case worker that they were both now in a perfectly healthy weight range. After that, when we’d have new kids come in, we always gave them a tour and made sure they knew the kitchen would always be open for them. Around half of them were surprised or even shocked and “tested” my parents by eating things at weird hours to make sure my folks were good on their promise. They always were. I guess my point is that there are some things that seem super obvious to people who’ve never been in a dire situation aren’t as obvious to someone coming from a broken place.”

“My parents had one foster kid whose birth parents evidently made him smash his own toys to bits when he got in trouble. Was a serious wtf for all of us. Kid did something wrong and you had to watch him to make sure he didn’t destroy something. And I am not talking being mad and pummeling it. I mean being quite and weeping while pulling something apart bit by bit. One of the saddest things I have ever witnessed.”

“I wish they would’ve known that throwing away all of my belongings (multiple times) would cause me to be an adult who can’t even throw away a broken item.”

“I wish that they would have known how much my PTSD would effect my life for the rest of my life, and would have forced me to do therapy even though I didn’t want to.”

“Obligatory not me, but my sister was in foster care for a long time. My mom became one of her only constants as she was shuffled from foster home to foster home. I call her my sister because that’s what she is to me, but we were never able to adopt her or foster her because though her step mother was abusive, her father was not and because of our connection to her and the fact that her father would have to sign over his parental rights, law wouldn’t allow it, and neither would he.

I think the thing that stuck out most to me is that a lot of foster parents gave up easily. If a child was difficult in the first month to two months, they’d pass them on. Not to mention, my sister had been placed in homes with 6 or more children living in a double wide or the like with little to no supervision while the foster parents took the checks and used them for themselves. There is so little oversight, and too few foster parents, kids are conditioned to believe they are numbers rather than people to their homes. The best foster homes my sister was placed in were the ones where they took their job seriously as a parent and understood the time it takes to gain trust.”

“I lived in foster care from ages 2 – 8, this was partially spent in a group home while my biological aunt who legally fought to get custody from my autistic birth mother who was suing the state to get me back (Child protective services took me at age 2 because she almost killed me).

I just wish people realized that not having a parent around whom you could call “mom/dad” was just so incredibly hard. Even if the foster parents tried to do everything right (like my aunt) sometimes a kid is just sad because of the situation and they act out because of it. It’s nothing personal. It’s just a kid going through trauma and the more patience you have the better.”