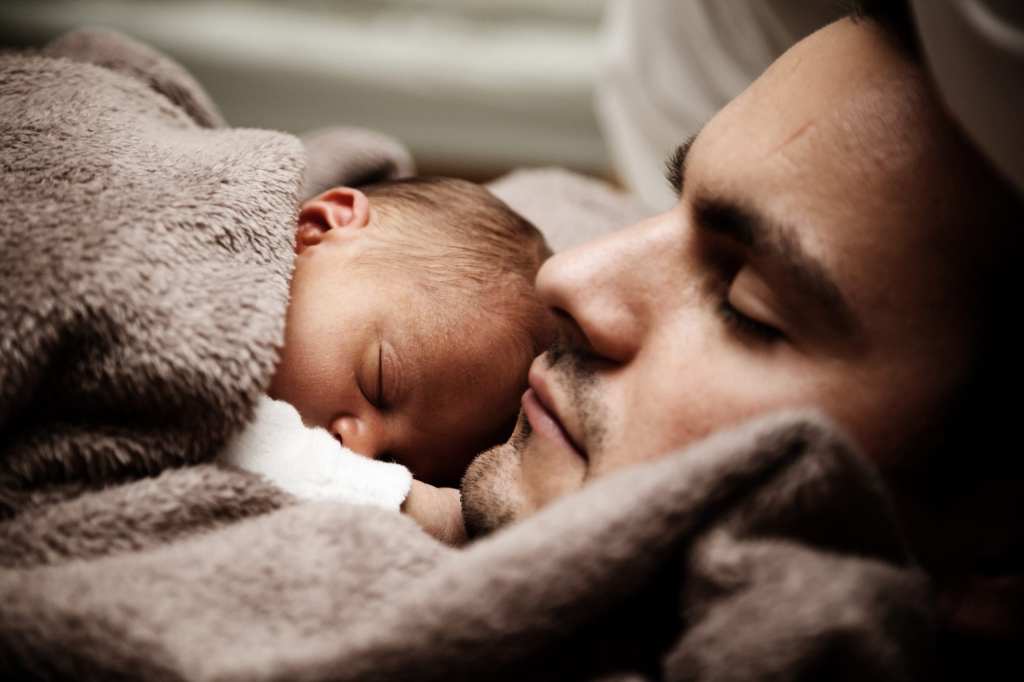 Guy Gets Roasted for Complaining About Being a Single Parent

Parenting is tricky business even in the best of cases. But throw in some complicating factors and it can feel downright impossible sometimes.

One new dad is struggling with being a single parent after getting a girl pregnant. She wanted to get an abortion, but he didn’t want that, so she gave him 100% custody of the child. She pays child support.

The dad is burnt out with parenting and says he wants to know what legal remedies are available to him.

He took to Reddit for some free internet advice: 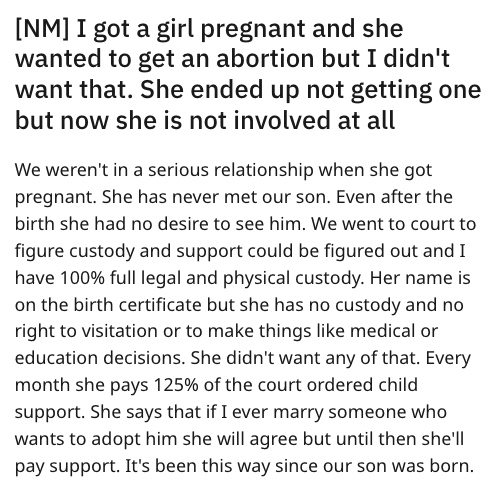 And it sounds like she’s doing the responsible thing, which is paying her part. 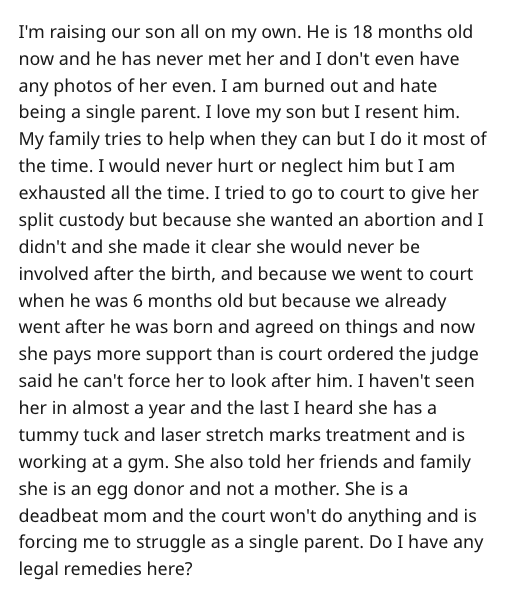 If he was expecting sympathy from the people of Reddit, he was badly mistaken. Redditors lit into the guy, explaining how every part of his story was problematic.

First, they pointed out that she’s doing everything she’s supposed to do:

They also pointed out that he could simply  give the child up for adoption: 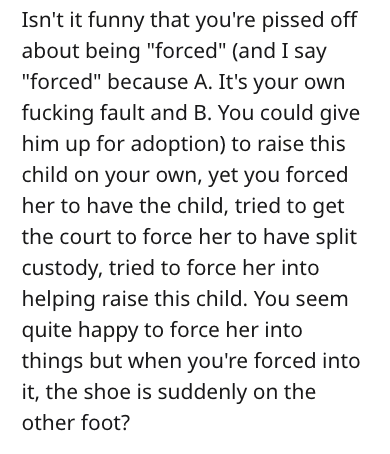 Others explained that he now knows what single mothers deal with regularly: 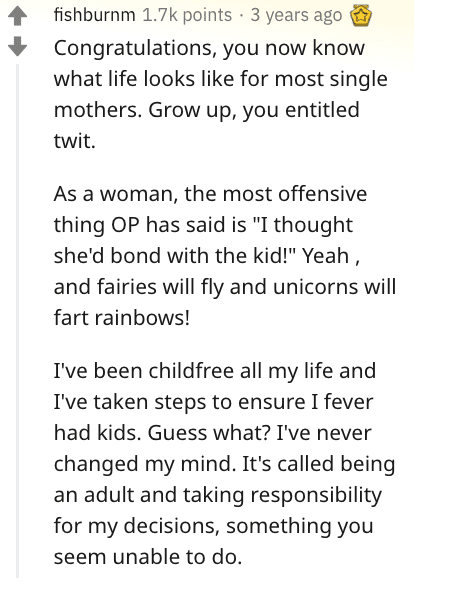 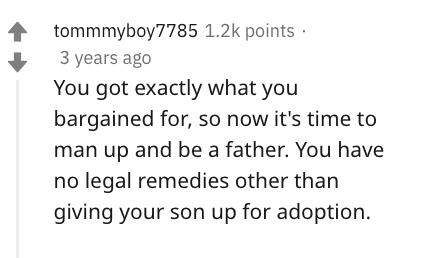 Many Redditors pointed out that his actions are bordering on or are simply abusive: 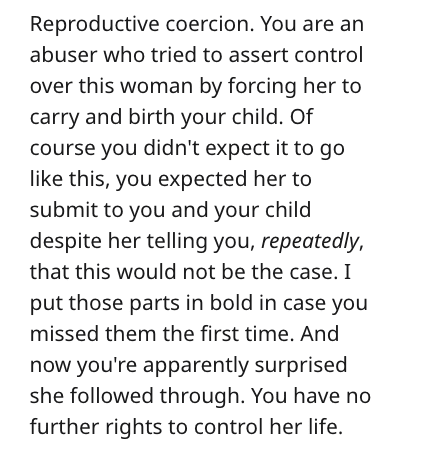 And they basically said he got what he deserved: 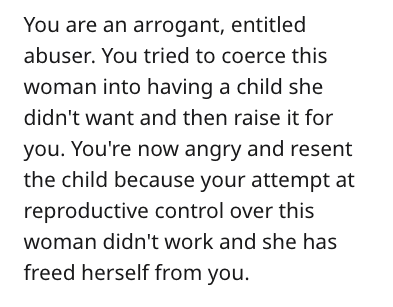 Wow. We hope this guy got the message, beyond the fact that he shouldn’t expect Reddit to dry his tears. It’s an interesting situation nonetheless and one that really makes you stop and think about the various aspects of the decision to have or not have children.

What’s your take on this situation? What advice would you give this new dad? We’d love to hear from you!