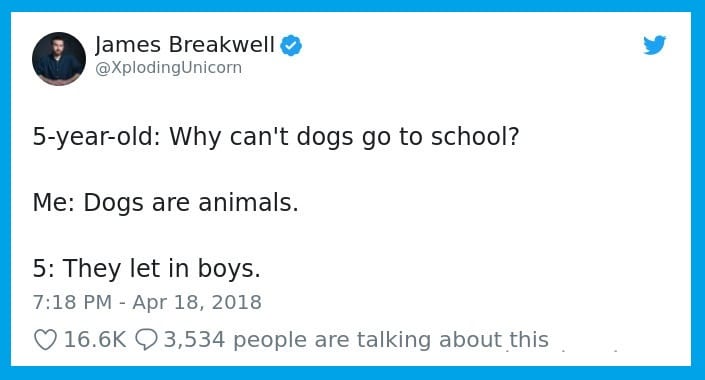 While the majority of parents tend to record the memories of their children via photographs and videos, James Breakwell has been documenting his time with his four daughters in a different way.

The comedy writer and family man from Indianapolis has been using Twitter to share his daily conversations with his – and it’s earned him over a million followers since he started in April 2016.

Here are some of the best posts he’s shared. 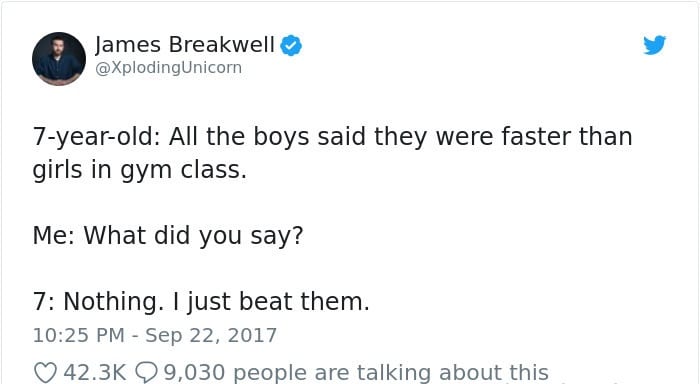 2. The future is female! 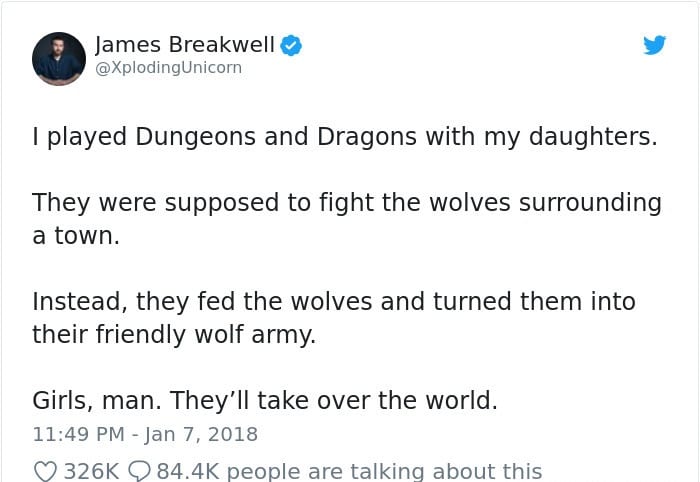 Don’t get it twisted, dad! 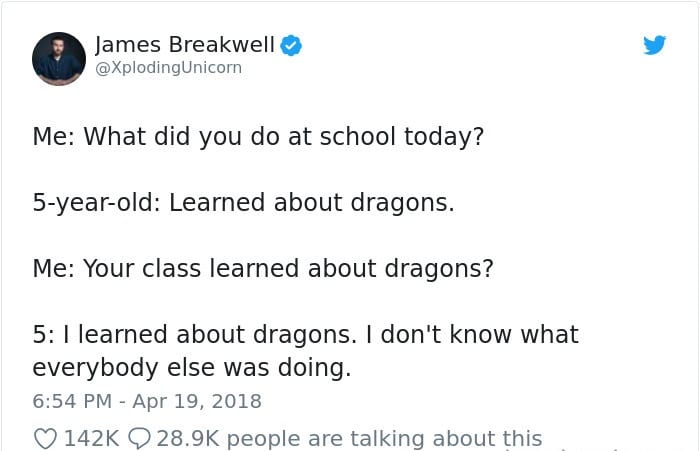 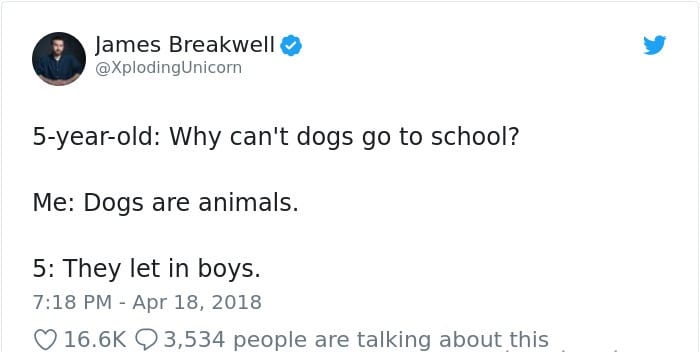 5. The Kid likes to get straight to the point.

I appreciate that kind of honesty. 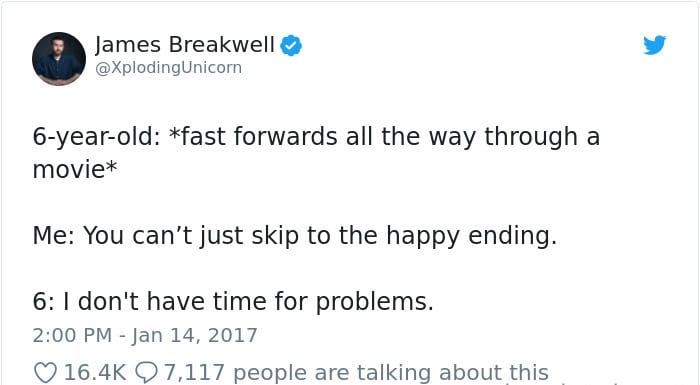 6. Yeah, and you’re only alive because of me.

So take that, kid! 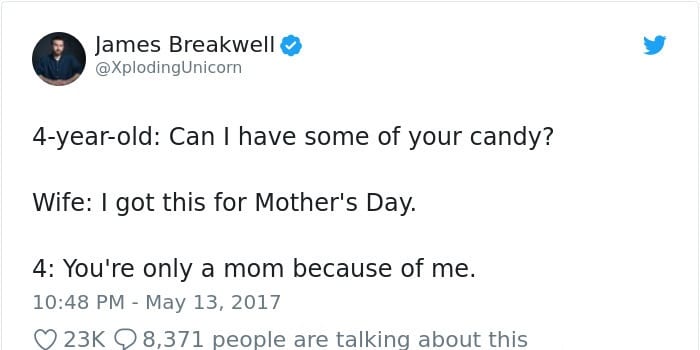 That kid has got some mad skills. 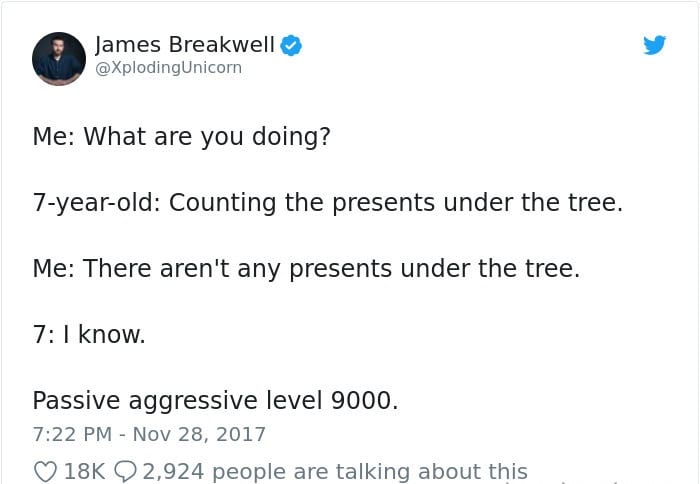 I’m sure somebody is listening. Maybe. 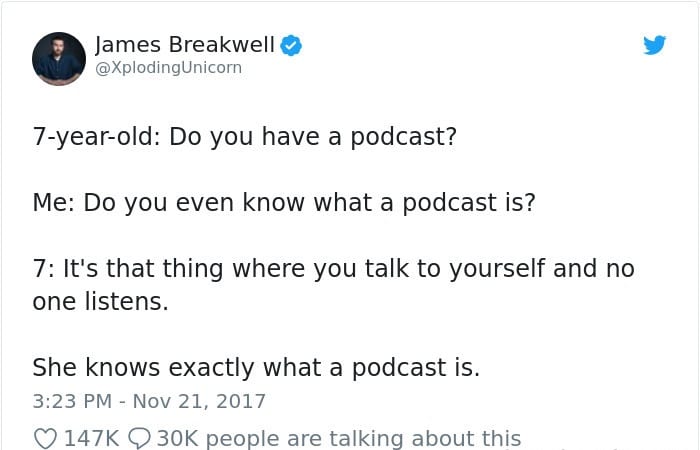 9. At least she doesn’t have allergies!

Just be thankful for what you’ve got, okay? 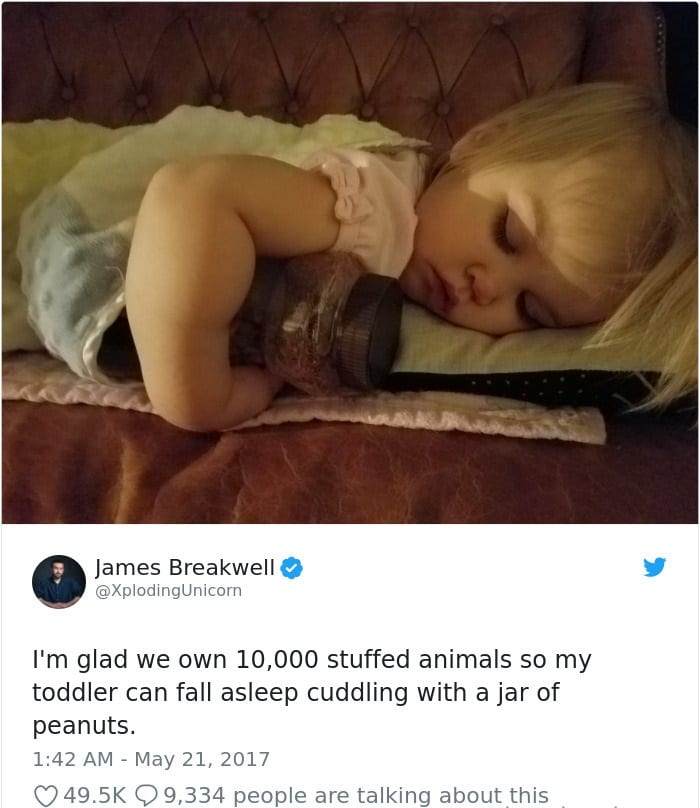 Are we sure this kid isn’t a genius? 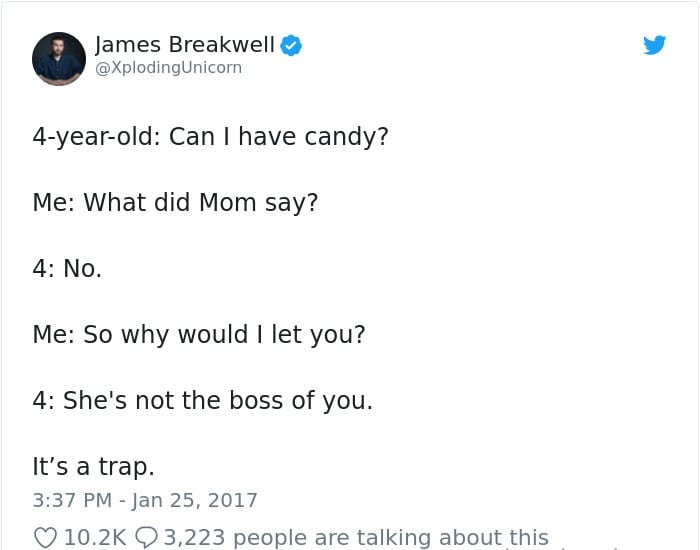 Come on kid… don’t hate on men TOO much. 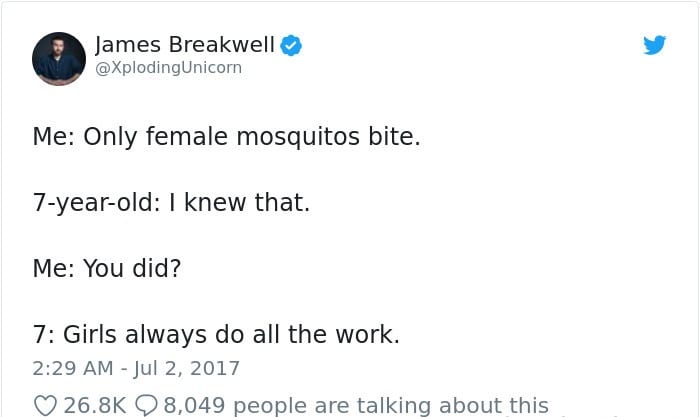 13. She knows her strategy. 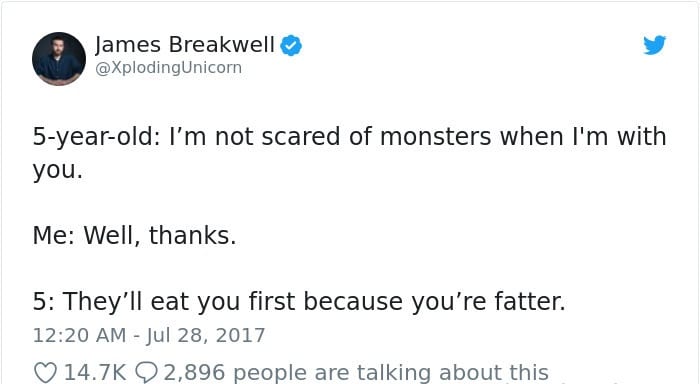 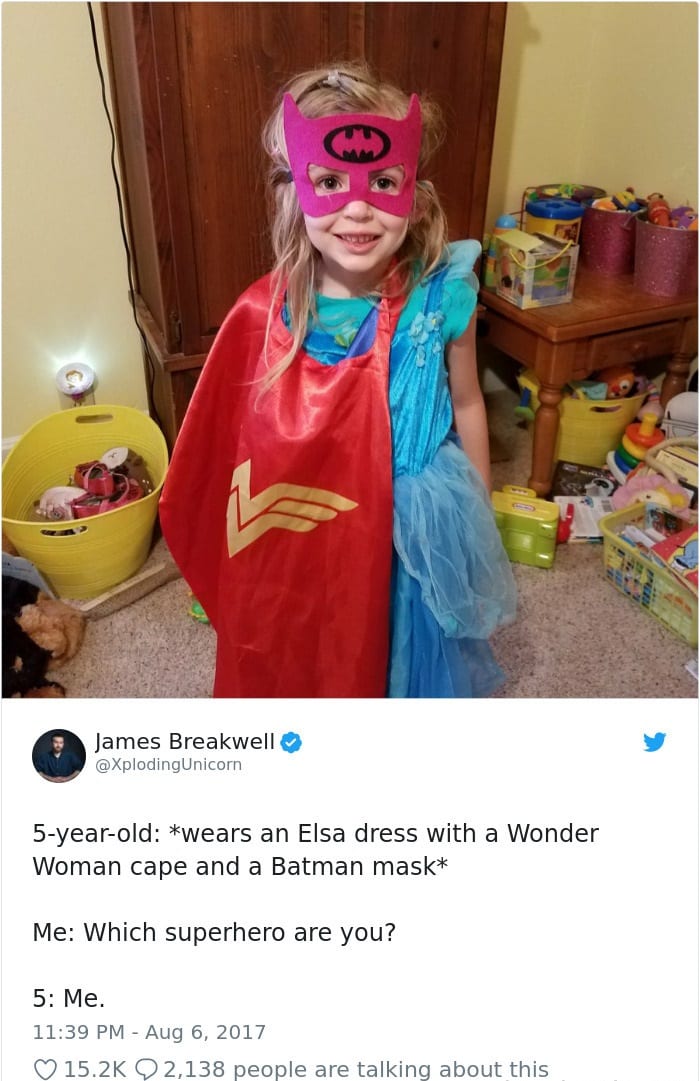 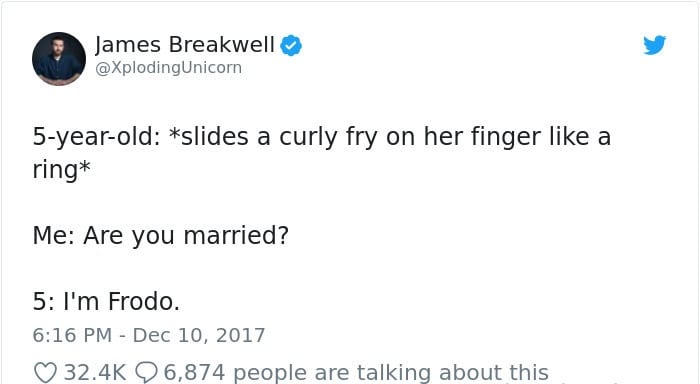 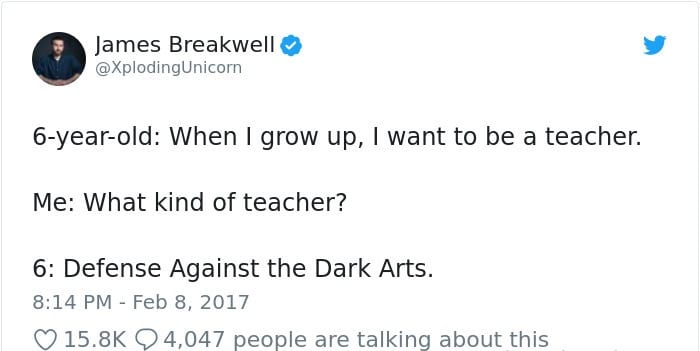 If anybody can, it’s her. 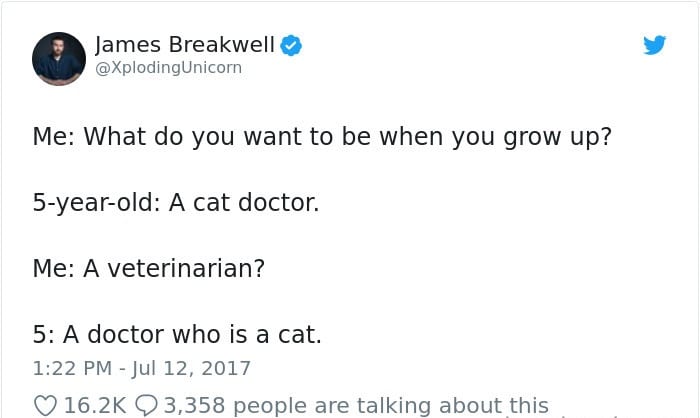 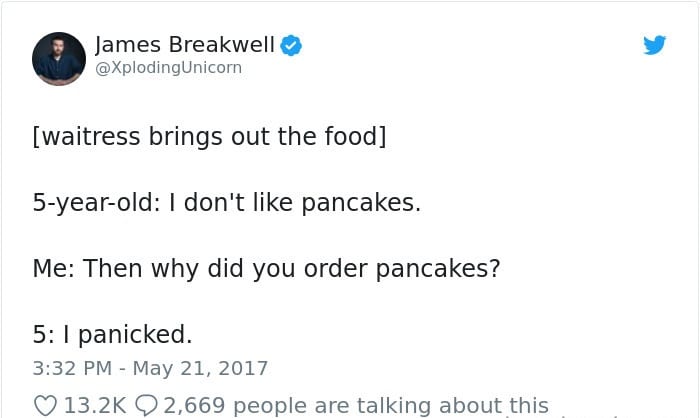 19. I don’t think anybody can answer this one. 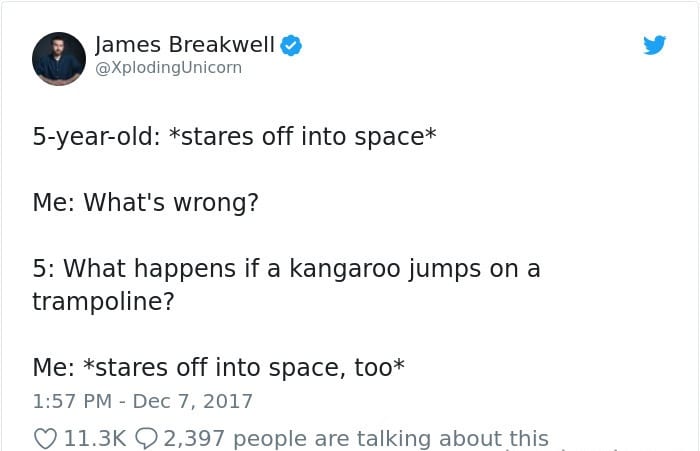 Thankfully, we are not gazelles. 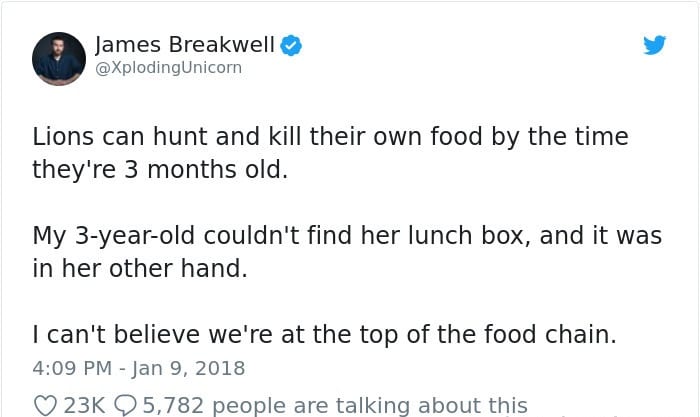 Alright, and now we’re to the end. And wasn’t that hilarious?

What did you think about those tweets? Is Breakwell a genius or is did create a genius?

Let us know your thoughts in the comments!