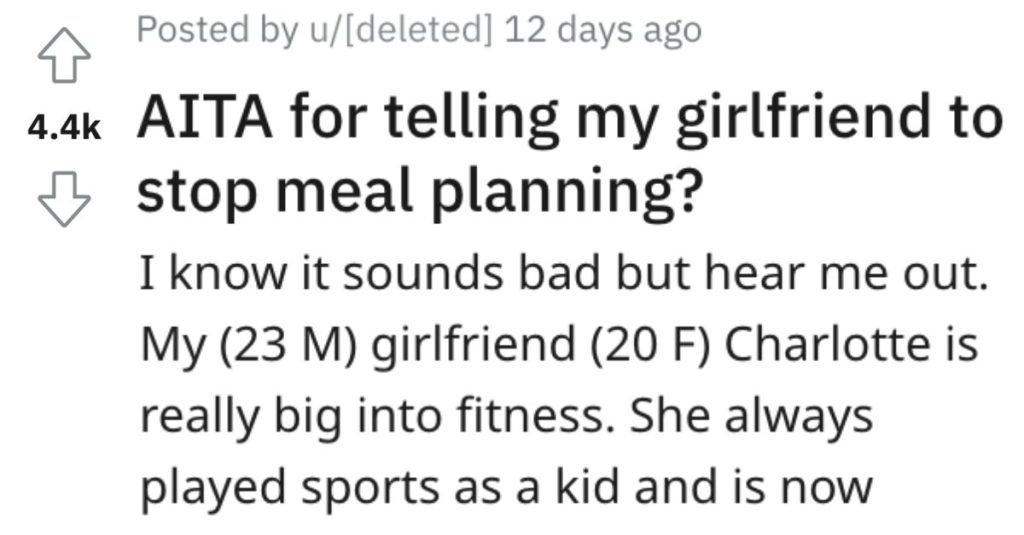 I don’t know why you would want to STOP someone from planning out meals, but people are strange, ya know?

And a guy took to Reddit’s “Am I the A**hole?” page to see if people think he’s out of line for telling his GF to stop it already with the meal planning.

AITA for telling my girlfriend to stop meal planning?

“I know it sounds bad but hear me out.

My (23 M) girlfriend (20 F) Charlotte is really big into fitness. She always played sports as a kid and is now playing volleyball in college. She also goes to the gym six days a week. Because of this, she likes to “meal prep” for the week to make sure that she gets her “macros”.

Just a couple hours ago she went into the fridge and suddenly became very frantic because I had eaten her overnight oats(I think that’s what they are called). I didn’t realize they were apart of her meal prep because she had never made them before and didn’t say anything.

Usually her meal preps are several of the same meal but there was only one oatmeal container so I thought it wasn’t hers. She went off about how inconsiderate I was being because she didn’t have time to cook in the morning because of her schedule. I immediately apologized for eating it. I know that was super c**ppy and I genuinely had no idea.

This is where I may have f**ked up. After apologizing I said maybe she should stop meal prepping if not getting one of her meals throws her off that much. She got angry and said that I wouldn’t understand since I don’t play a sport. Then she left. She usually texts me when she gets to her location safely but hasn’t said anything since our argument.

This individual said he’s an a**hole and that he knew it wasn’t his to eat. 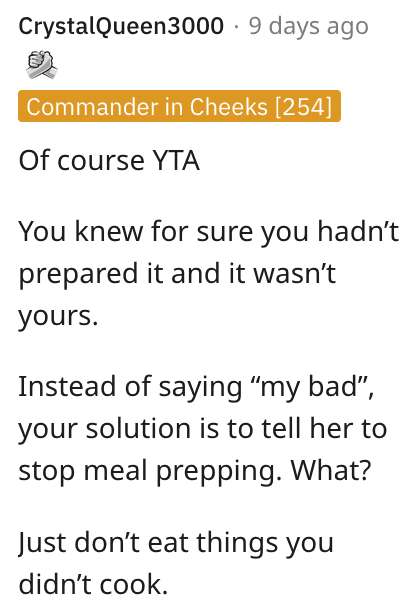 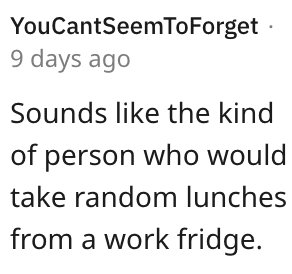 Another reader broke it all down for us. See what they had to say…