Guy Asks if He’s Wrong for Spending $5,000 on Surgery to Save His Dog

Relationships are tricky, y’all, and that goes double for the moment you realize that your money is now our money. That means you need to discuss before you make decisions with it.

A fact that Unsurebigbig3 found out the hard way after he shelled out $5k for his dog’s cancer treatment without discussing it with his bride-to-be. 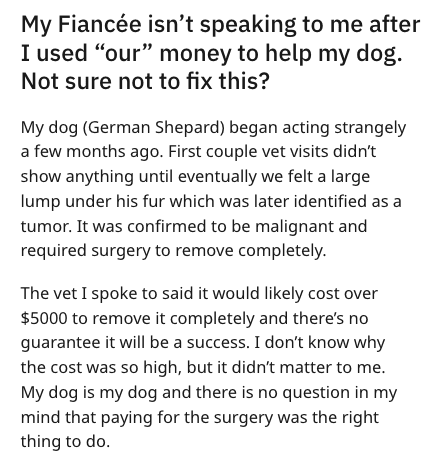 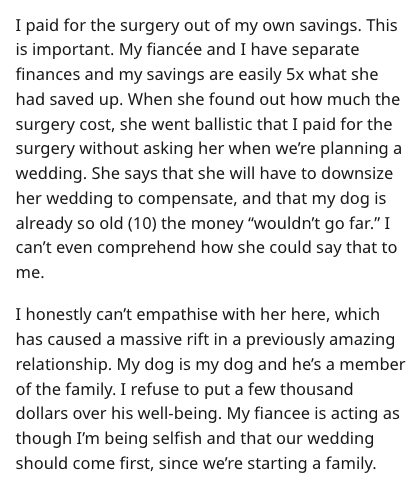 No one is happy. 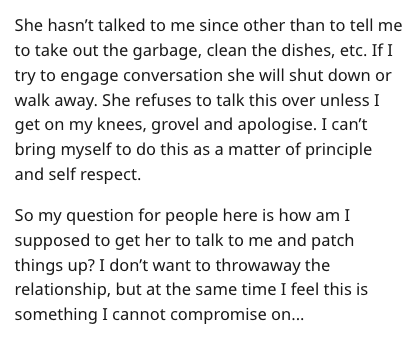 Now, I love dogs as much as the next person, and if I had the money sitting in the bank to save or extend my pupper’s life, you’d better believe I would use it. And the fact that she’s thinking more about the money than the dog’s life makes me absolutely dislike her.

That said, we’re only getting his side of the story, here, and there are red flags on his end, too – like the fact that he didn’t include her in the decision, and that he takes the time to point out that he saves much more money than she does.

So, what do you think? Was he wrong? Was she? 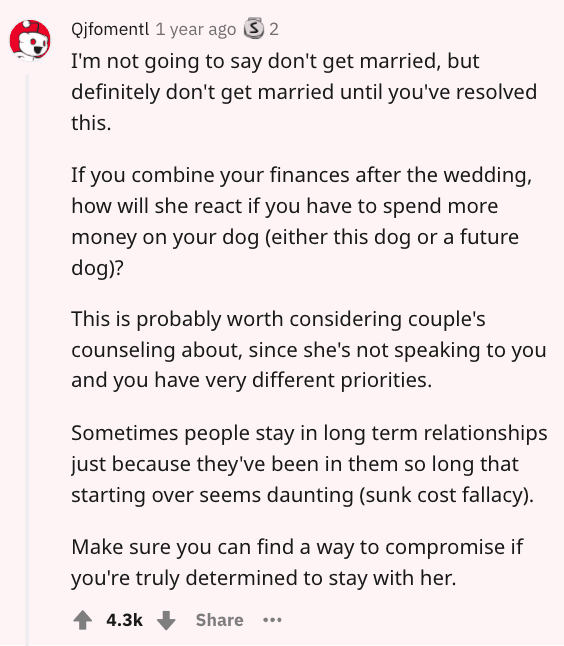 Do they both suck? 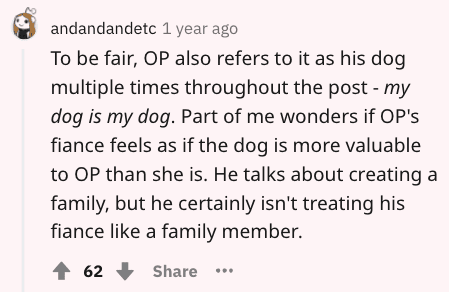 Most people tend to fall on the “you both kind of suck and you probably need counseling before marriage.” 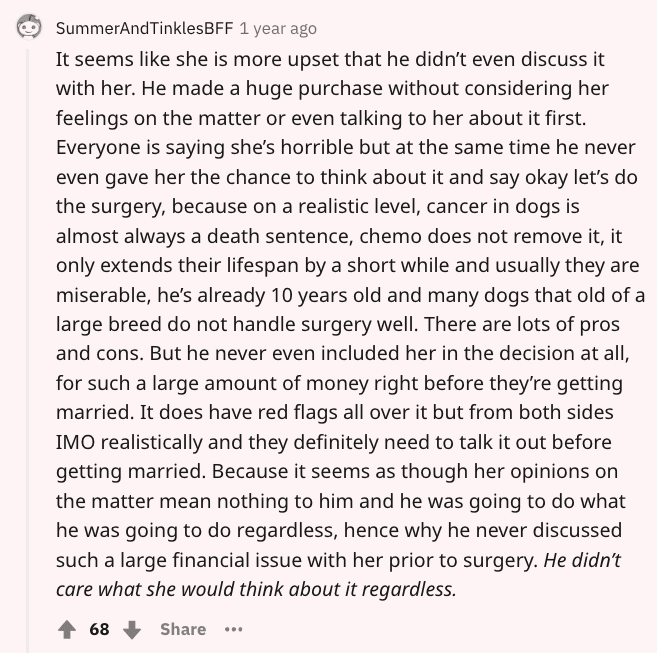 I can get on board with that, though I do also question marrying someone who is going to use the silent treatment as a fighting tactic… 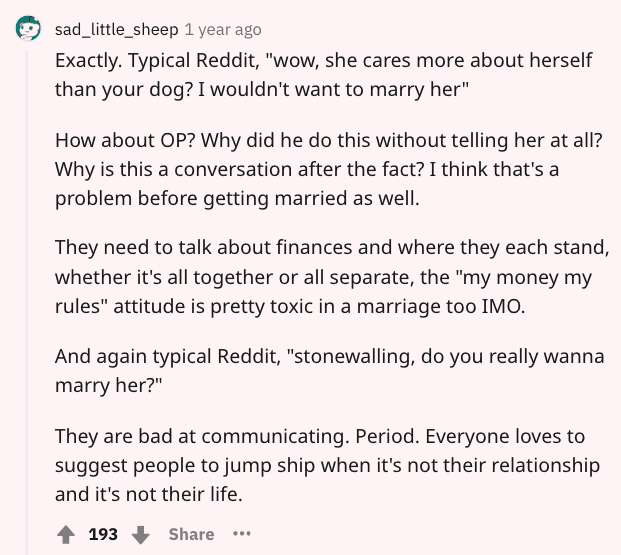 Is that a smart idea? 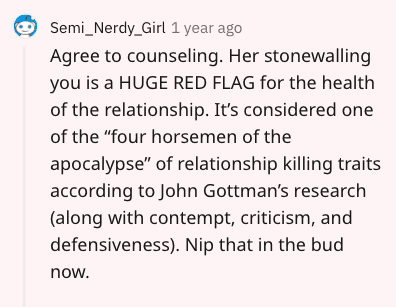 Because you’re probably hoping to marry an adult and not a psychological child. 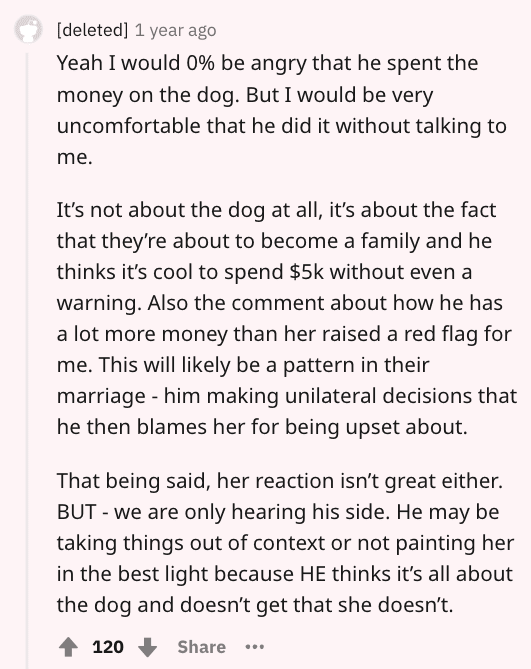 What do you think? Should he marry her? Should she split? Are they going to make it?