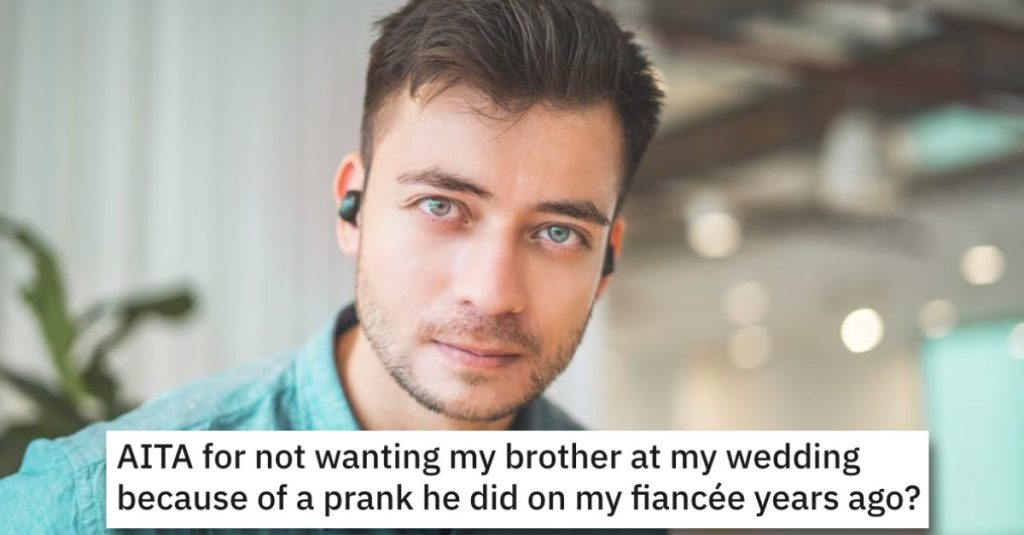 He Doesn’t Want His Brother at His Wedding Because of a Prank He Did Years Ago. Is He Wrong?

I guess some people have a long memory, huh?

And some folks like to hold grudges for years…

So let’s take a look at this story and see if you think this guy is wrong for not wanting to have his brother at his wedding for something he did in the past.

AITA for not wanting my brother at my wedding because of a prank he did on my fiancée years ago?

“I (24M) don’t have much of a relationship with my brother (25m) anyways, we hardly talk because he takes things too far with his pranks. One in particular my fiancée Ally was really hurt over.

We all went to the same high school. We had a few classes together all 4 years. In our junior year my brother and some other people heard Ally had a huge crush on me.

So what’d he do? He got her number and started texting her pretending to be me. But he was able to keep her from making the connection by telling her we can’t be a couple irl because my parents r super strict and my brother would tell on us if he saw us at school.

So the “relationship” was only over text for 3 months. It all came to a head because she wanted to know if we could stop hiding being a couple and he told her yeah. He had her approach me during lunch and obviously I was confused af.

Him and his stupid friends were recording from another table laughing. The two of us found out what was going on. One of her friends thought I was in on it and called me names because she found Ally crying in the bathroom after.

I felt so bad guys. That video circulated around so lots of people at school laughed about it. And it was just really humiliating for her. I apologized to her for what happened and swore it was all my brother. Our senior year we only had one class together but I tried talking to her more

. Then coincidentally in our first year at community college we ended up in the same math class. We became study buddies and that’s where I caught feelings for her. We started going out. Now after 5 years together I asked her to marry me.

One thing we decided is for sure neither of us want him at our wedding. I know we ended up together but it was still something deeply hurtful to her because she was still made fun of about it even in our last year of HS. Just the fact that he did this to someone random he didn’t even know just to mess with me knowing she had a crush.

His pranks haven’t changed anyways, he still goes too far with them and he’s not even sorry about what he did to her. Mostly my parents are the ones advocating for him to come since he’s my only brother and he wants to be there. He keeps saying Ally needs to stop being so sensitive about it because a wedding is a big deal and the whole family should be there celebrating with us.

Ally feels bad but she really doesn’t want him there and I don’t either but it’s causing this stupid conflict now.

This person said this man is NTA at all. 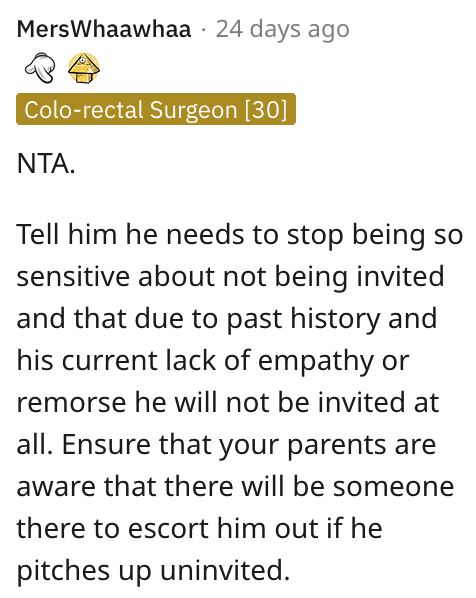 And another Reddit user brought up a good point: why does he even want to go to the wedding? 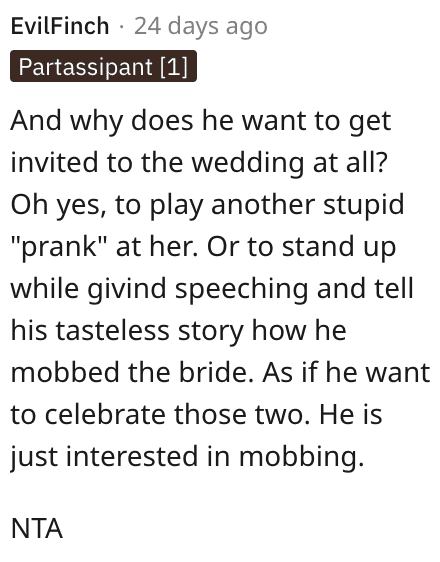 And this individual had an idea of what might happen if he was to show up. 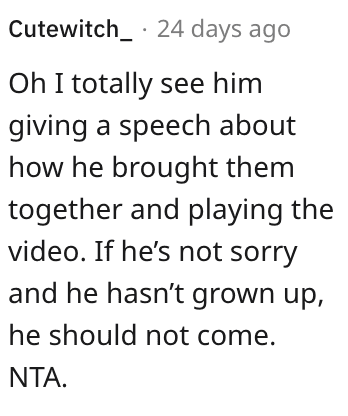