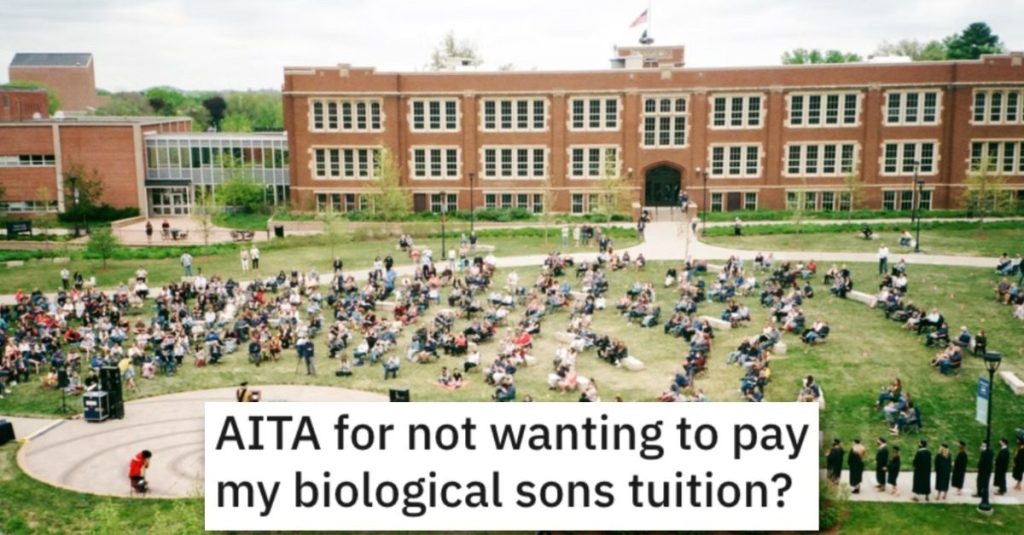 He Doesn’t Want to Pay For His Son’s Tuition. Is He Acting Like a Jerk?

Hey, college ain’t for everyone…

And apparently, neither is PAYING for college.

What am I talking about?

Check out this story from Reddit’s “Am I the A**hole?” page and let us know if you think this dad is wrong for not wanting to pay his son’s tuition.

AITA for not wanting to pay my biological son’s tuition?

“When I (40m) was about 22, my wife (38f) was friends with a married couple, both currently 40f, who wanted to have a baby but didn’t want to deal with the costs of using a sperm donor agency.

My wife suggested I donate my sperm, and they agreed but made me sign a paper giving away any and all parental rights to the kid. I had no issue with this as at the time I wasn’t looking to be a parent. It took a couple of tries but using a turkey baster they were able to get pregnant using my donated sperm. They moved away before the baby was born, and my wife kept in contact with them but they were more her friends than mine and I never met the kid.

They send pictures of him from time to time, and he does look a little like me but I had no desire to pursue a relationship with him. Fast forward to now when my wife told me her friends wanted me to meet their son. I agreed because I figured why not, and she set up the date. we met up with them and i met their kid (18M) for the first time.

He seemed like a good person and i wouldn’t mind getting to know him more but honestly i didn’t feel any sort of father son connection to him. after a while they let me know the true reason they were here- they couldn’t afford for him to go to the college he wanted to go to. They asked me to pay his tuition which was upwards of 50k. I said no immediately.

They got upset and started saying that as his father I had a responsibility to make sure he got a good education but I responded by saying that I had signed over my parental rights per their request and therefore had no responsibility towards him. They got upset and left. they’ve been calling and texting my wife ever since to get me to change my mind but ive remained firm.

My wife and I have two kids of our own to put through college and I can’t be paying another kids tuition. I do feel bad because he seemed like an alright kid.

One person said this guy is NTA but that they also feel bad for this kid. 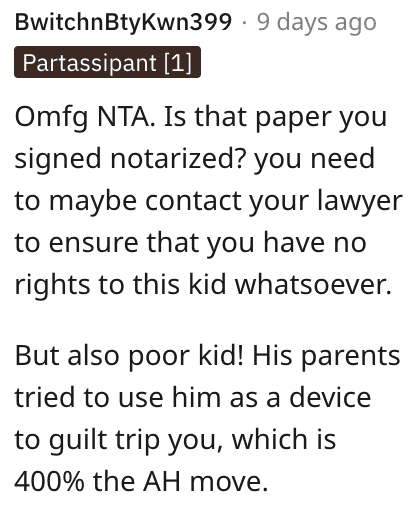 Another Reddit user said this situation is messed up but that this guy is NTA. 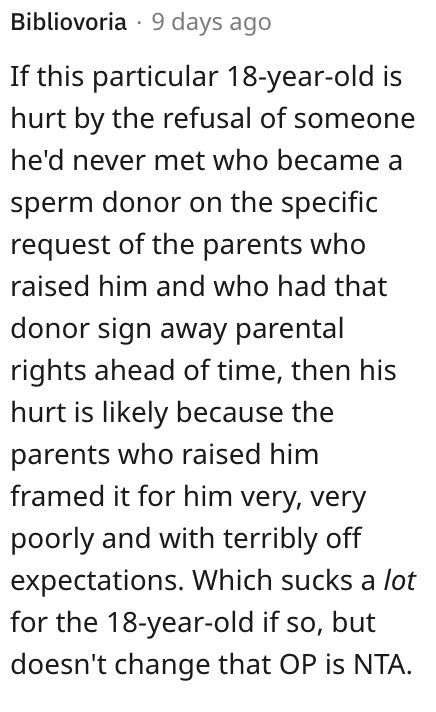 And this individual said this is really messed up and that this man is definitely not the a**hole. 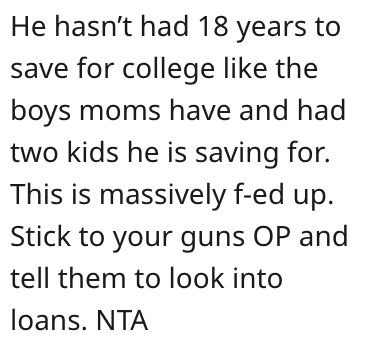