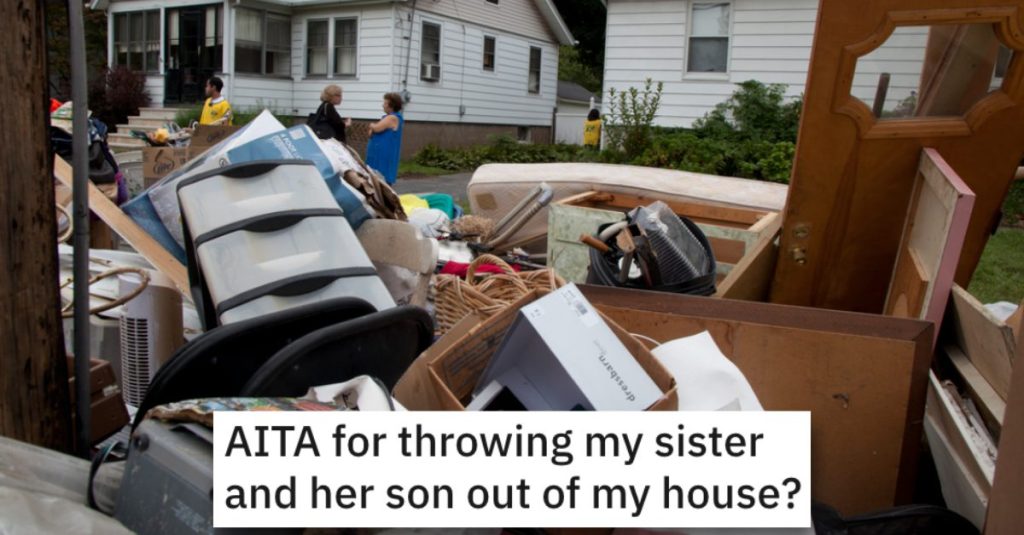 He Threw His Sister and Her Son Out of His House. Was He Wrong?

Check out this story from Reddit’s “Am I the A**hole?” page and see if you think this man was wrong for kicking his sister and son out of his house.

AITA for throwing my sister and her son out of my house?

My sister got divorced 6 months ago and temporarily moved in with me and the boys. She has a son, my nephew (9M) who stays with us most of the time. My nephew and my 10yro are not the best of friends, but so far they got along fine apart from some teasing from both sides.

A few weeks ago my 10yro started telling me that his cousin was bullying him and being mean to him. He called him names, pushed him around, took his video games etc. I talked to my sister many times and told her to talk to her son, we talked to the boys together and things settled down. Yesterday was my 3yro’s birthday, so my whole family was here and my late wife’s family as well.

It was extremely emotional for everyone, because it was the first birthday since my wife’s been gone. The boys (10yro and 9yro) started fighting again and I asked them both to calm down and behave. My son started crying and told me his cousin teased him about him not having a mom. I choked up and asked my nephew if that was true, and he said yes, but that he’s sorry.

I figured I’d have a proper talk with him and my sister after the party, so I just told him what he said was really awful and he cannot say it again. I comforted my son and we went back to the party. Before we cut the cake, my sister came yelling at me, saying I had no bussineaa disciplining her child. I told her to drop it and we’ll talk later, instead she said “besides, he’s right, kids need a mom”.

I had tears in my eyes by that time and she just said “see, it’s even turning you into a pu**y”. My in-laws were crying, I was tearing up, the kids were upset, just awful. I told her to stop it and just leave me and the kids and the family to cut the cake and we will talk in the evening. She said “listen we both lost our spouses, but at least I’m still a normal person”.

She stormed off. After the party I told her she has 2 days to pack her s**t and leave. She is begging me not to throw her out, because she and her kid will be homeless.

AITA for throwing her out?”

This person said this guy is definitely NTA at all. 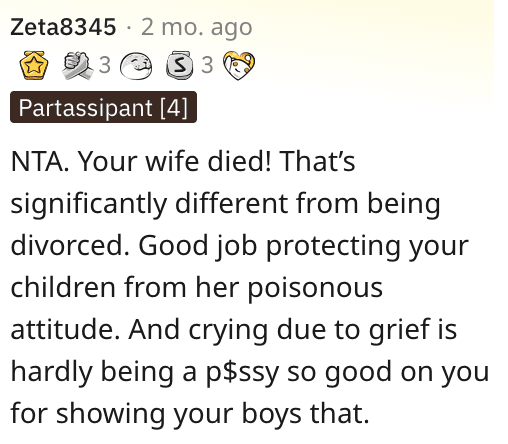 Another reader agreed and said she can go make someone else’s life miserable. 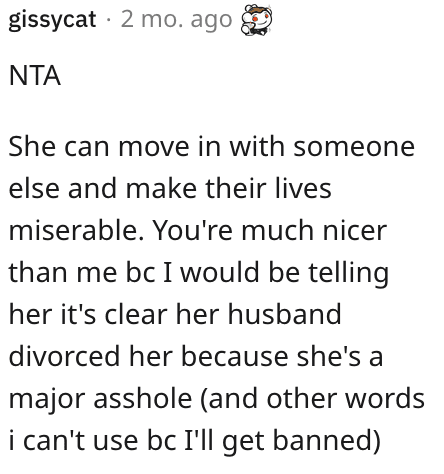 And this Reddit user made a good point: he was actually pretty nice about all this… 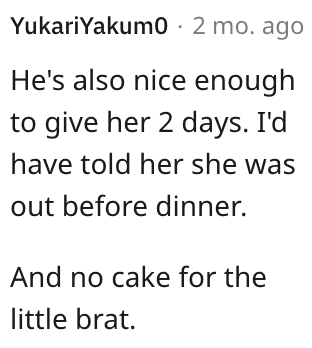