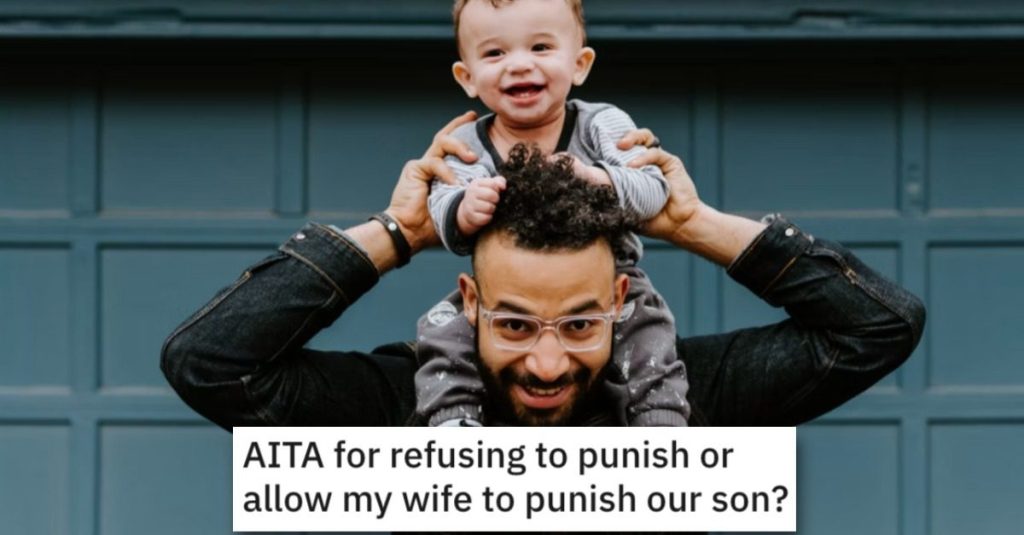 He Won’t Let His Wife Punish Their Son. Is He Wrong?

Parents can get pretty frustrated with each other when it comes to how or when to discipline kids.

To punish or not to punish…what do you do?

Read this story from Reddit’s “Am I the A**hole?” page and let us know if you think this guy is doing the wrong thing when it comes to his son.

“This all started back in March.

My son’s best friend turned thirteen. In his family, thirteenth birthday is a huge deal. In addition to a massive party (which all four of us were invited to) his parents also took him to Disney World. They invited my son to attend as well.

My wife was hesitant to consent to this. She said it was unfair to allow our son to go when our nine year old daughter can’t. Especially since she loves Disney and princesses. I said that our kids won’t always have the exact same opportunities, and if we set a precedent here, we’ll have to stick to it if and when our daughter gets a similar opportunity. So we’d just be punishing both our children needlessly. My wife reluctantly agreed that we should allow our son to go.

I gave our son money to buy his sister souvenirs. He did, and his friend’s parents even bought extra stuff for him to give to her. Still, when she saw him come back wearing a Star Wars shirt with the Mickey hat and trading pin lanyard, she burst into tears. My wife later said we made a huge mistake and never should have let him go.

I (mistakenly) thought all of that was behind us. Now, we are not well off financially, but my BiL is, and he invited all of us to visit a beach house he rented for a summer send-off. My wife told me she wants to have our son stay with my dad and just take out daughter to “even the score.”

I told my wife that isn’t happening. We are their parents. We can’t favor one child over the other. Not being invited to the birthday trip of a kid you barely know is in no way comparable to being left out of a family vacation and I’m shocked she would even suggest such a thing. I refuse to allow it. Now my wife is angry, but I don’t care. I’m not punishing my son for being lucky. 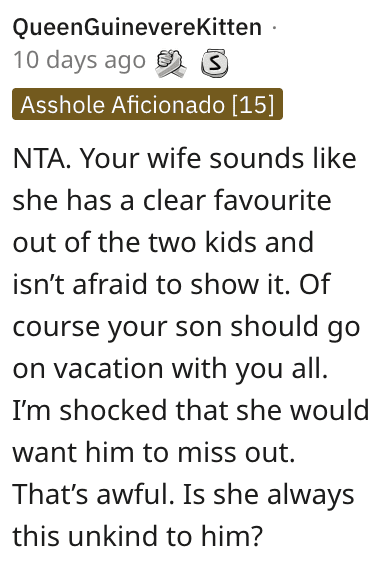 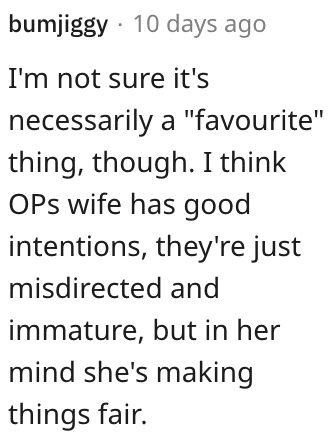 And another individual said he’s NTA but his wife sure is. 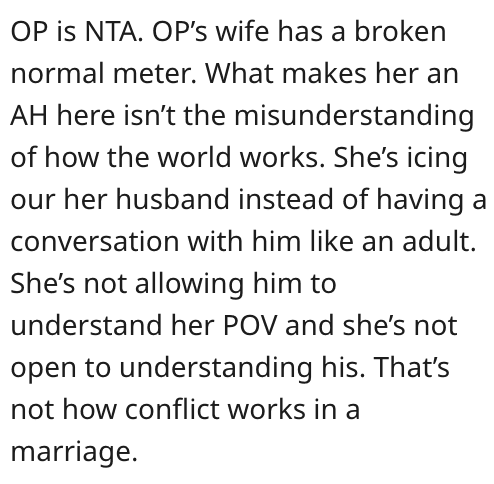