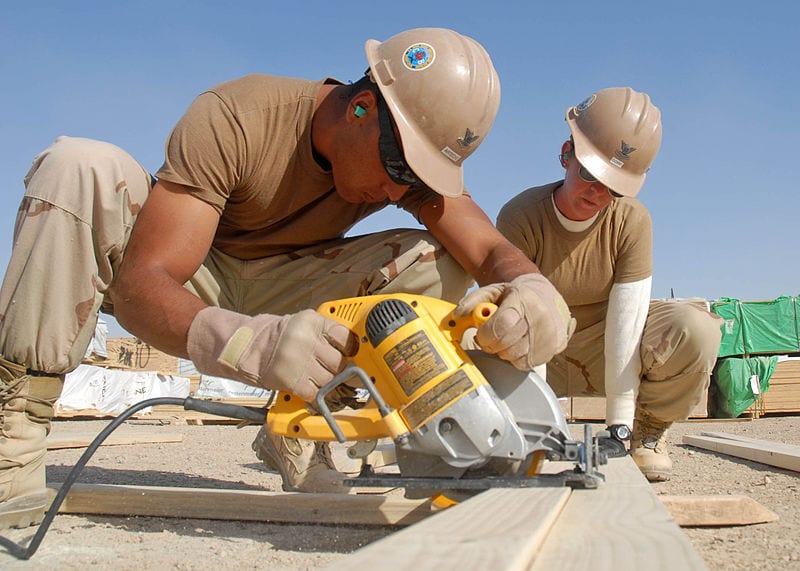 Here Are the Fastest Growing Jobs in Each State

If you live in California or Hawaii, you might want to think about working as a solar panel installer. If your home state is Colorado, Texas, Nebraska, or Iowa, maybe you should look into a wind turbine service technician job.

Using statistics compiled by the Bureau of Labor Statistics, Yahoo! Finance put together this handy infographic that shows the fastest growing jobs in every state in the country. 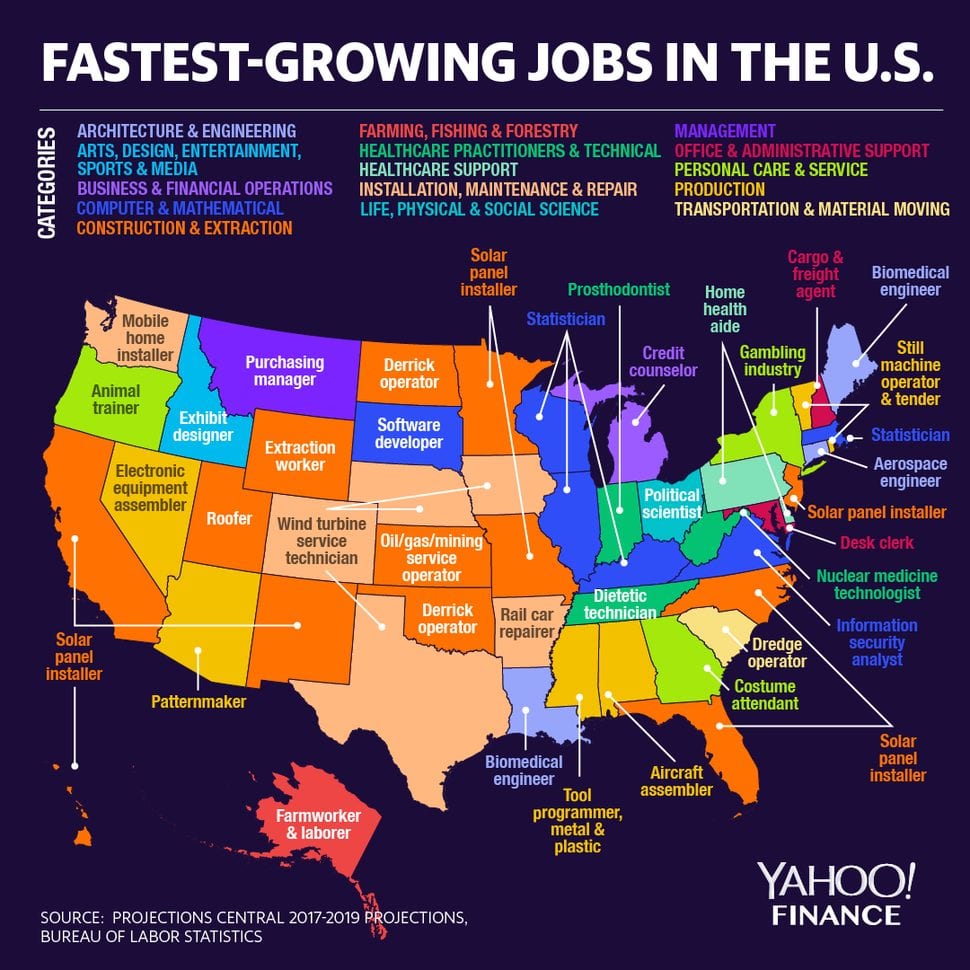 The results are pretty interesting and represent a shift in how many Americans work. As mentioned earlier, solar panel installer jobs are the fastest growing in California and Hawaii, but that’s also the case in several other states in different parts of the country, including Florida, North Carolina, New Jersey, and Minnesota. Here is how the western United States and Alaska and Hawaii shapes up. 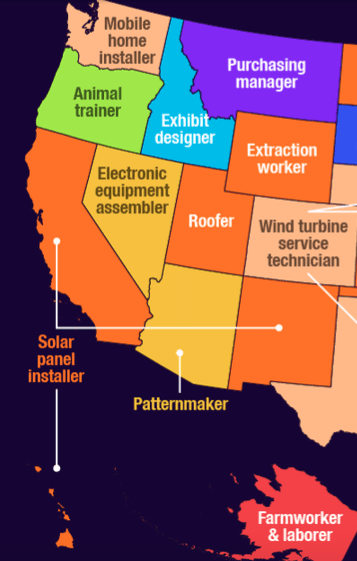 As we move east through the Midwest and towards the Atlantic, here are the fastest growing occupations. 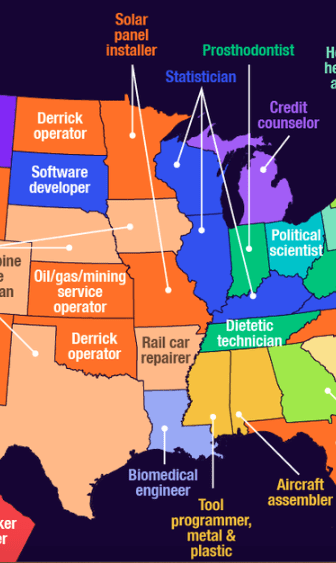 The East Coast is a unique mix of positions, including the aforementioned solar panel installer in two states, biomedical engineer in Maine, costume attendant in Georgia (because of the thriving film/TV industry), and  gambling industry worker in New York.

Let’s hope the economy keeps on revving along and people in all industries in America continue to move up the ladder.