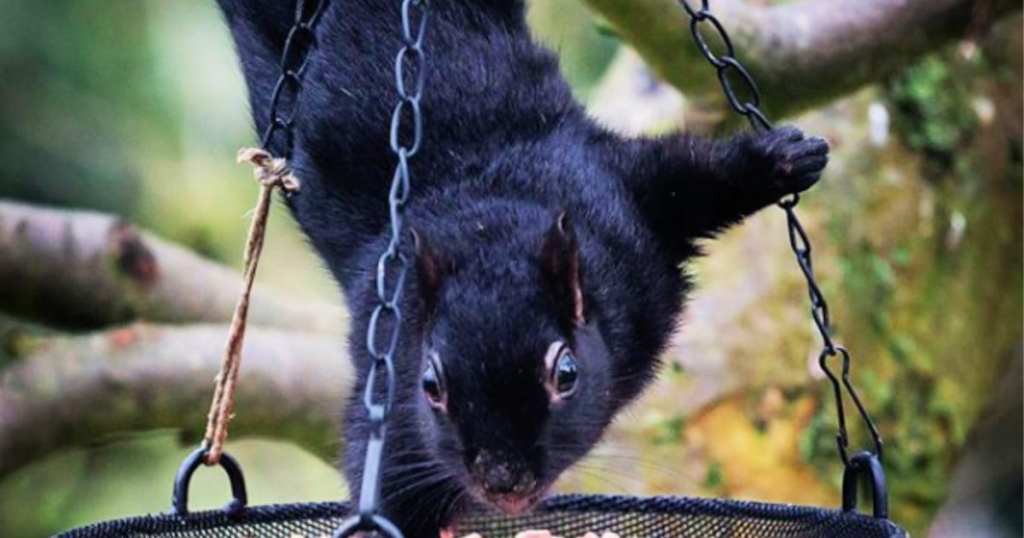 Here’s Why Some Squirrels Are Black

I consider myself an expert on squirrels. My qualifications, if you would like them, include living in the Midwest and keeping both bird feeders and a garden at my house. And even though I would like to strangle squirrels every day, so far their dumb, cute little faces have stopped me from committing rodentacide.

Something I have noticed in my constant vigilance is that while most squirrels are brown or gray, every once in a while, you might see one that looks sort of black.

I can’t tell you why or where they come from, but, hey – these scientists totally can!

It’s simpler than you might think. Black squirrels, like most oddly-colored animals, are a result of what scientists call “a genetic detour.”

Researchers at Anglia Ruskin University, Cambridge University, and the Virginia Museum of Natural History collaborated on a project that tested squirrel DNA. They published their findings in BMC Evolutionary Biology, where they state that black squirrels are a result of interspecies breeding between the gray squirrel and the fox squirrel.

The black squirrel is actually gray, but with a faulty pigment gene that comes from the fox squirrel side of things (they can sometimes be black).

Scientists are working with a theory that a black fox squirrel mated with a female gray squirrel – and aside from a slight edge in staying warm in colder regions or being able to hide from predators, there’s no major evolutionary advantage to the different pigment.

In North America, you won’t see a black squirrel any more often than about 1 in every 10,000, and most of those are due to Kent State University students releasing 10 captured black squirrels into the wild back in 1961.

It’s pretty cool to see one, honestly, even though I know that they’re just rats with a cuter tail.

And they still eat all of my birdseed and never, ever send a thank-you note.